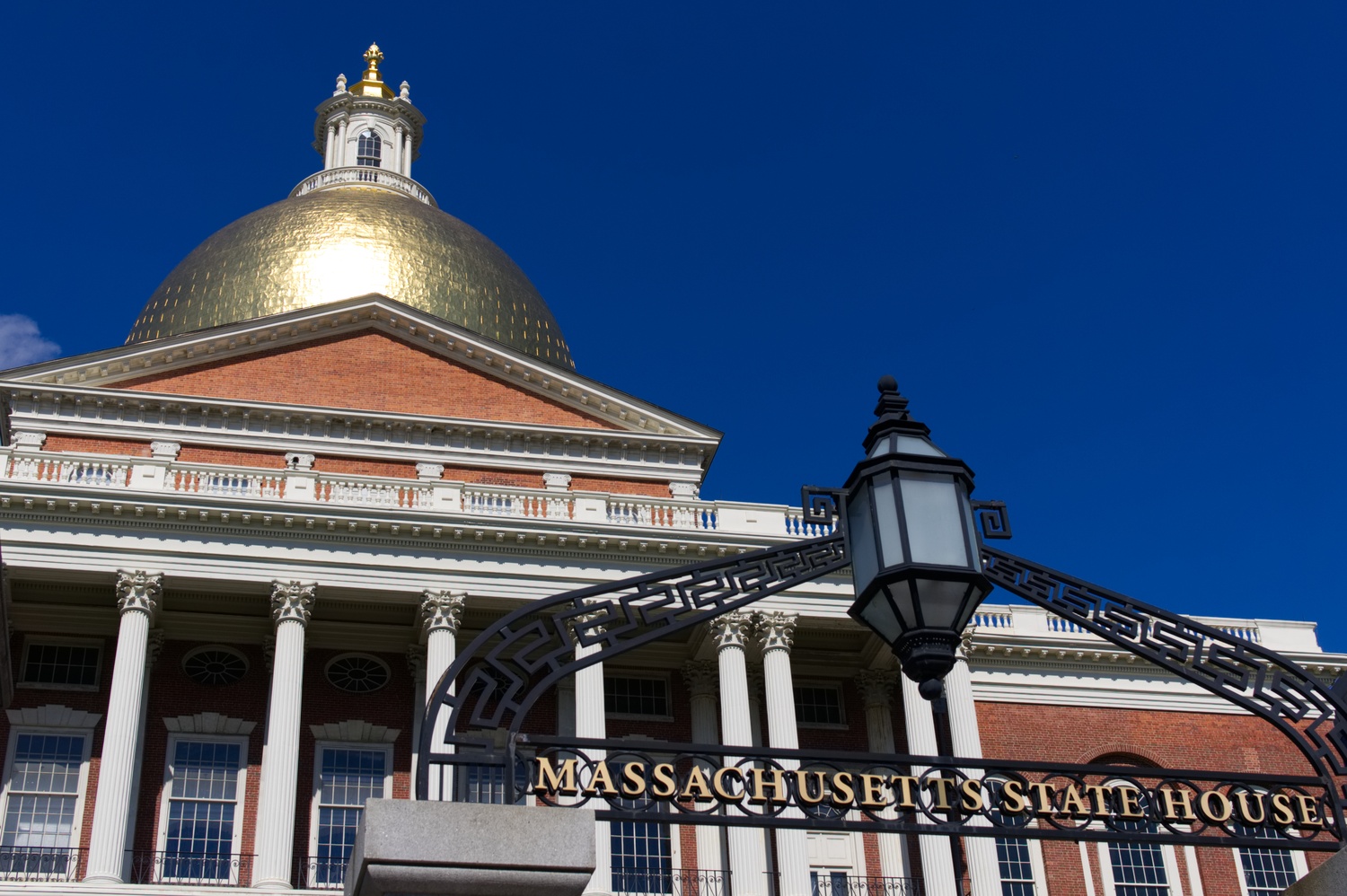 Reed T. Shafer-Ray '18 has been working for the past year to get two different gun control-related bills into the Massachusetts House. By Brendan J. Chapuis
By Nina H. Pasquini and Jordan E. Virtue, Crimson Staff Writers

Driven by the suicide of a childhood friend, Shafer-Ray contacted Massachusetts Rep. Marjorie C. Decker in 2016 to share his ideas for improving gun safety in Massachusetts. They first met in fall 2016; soon after, Decker’s office drafted versions of two bills, H.3610 and H.3611 — the former of which was later renamed H.4670.

In July, H.4670 went into immediate effect as Massachusetts law. H.3611, a counterpart bill allowing Massachusetts residents to voluntarily put themselves on a firearms “no-sell” list, is stalled in the Massachusetts House Ways and Means Committee.

Governor Charlie D. Baker ’79 signed H.4670 — “An act relative to firearms” — on July 3. Once petitioners file to limit an individual’s access to firearms, a judge considers the petition within a court day and determines whether there is reasonable cause to believe the person “poses a significant danger” of injury to themselves or others.

If the judge sides with the petitioner, a temporary protection order prohibits the individual’s access to any firearms for two weeks. A full court hearing then allows the presentation of “credible evidence,” which may bar firearm access for up to one year.

Shafer-Ray said he first received news of the bill’s passage while he was driving.

“When it all sunk in while I was driving, I just burst into tears, and I think it was the first time I had cried in — I don't really know when the last time I cried was,” he said. “It was truly one of the most powerful moments for me, just the sense that something I was part of had come to fruition in a way that I knew was going to truly help other people.”

Decker wrote in an email that Shafer-Ray was a critical force in the inception and passage of the bill.

“I filed the ERPO bill as a direct result of meeting with Harvard Dems and Reed’s personal  commitment to ensuring that we enact safer common sense gun laws that have been shown to save lives,” she wrote. “I am thankful to Reed not only for his support and commitment to the the ERPO law, but as an individual who made an effort to get to know his State Representative.”

Mass. Senator Michael O. Moore, who chairs the Joint Committee on Public Safety and Homeland Security that reviewed the bills, said he supported its aims.

“I think if you look at the tragedies that have occurred across the country, and you look at the content of these bills and what they’re trying to accomplish, they make sense,” he said. “It protects right to access and Second Amendment rights, but also balances with our need to preserve people’s public safety.”

John E. Rosenthal, the president of Stop Handgun Violence, said he believes the law will save lives from preventable gun violence.

“It's just common sense for family members who know their relations the best to be able to petition a court to remove a gun if the person is a risk to themselves or others,” he said.

Rosenthal said that his advocacy for the bill included speaking with House Speaker Robert A. DeLeo and introducing him to people affected personally by gun violence.

“I have a close relationship with the House Speaker, and I was very involved with getting him to move on this bill,” Rosenthal said. “I introduced him to students from Parkland and other areas from the country where mass shootings have happened, and largely by people who were known, either to the authorities, and certainly known to have problems by their families.”

DeLeo credited conversations with students — “including activists at Harvard” — as fundamental in driving gun control measures in the state legislature. He wrote in an email that the ERPO bill as well as a recent ban on bump stocks enhanced the state’s “already toughest in the nation gun laws.”

Molly H. Malloy, the Massachusetts chapter leader of Moms Demand Action, said the group pushed for the bill by visiting the statehouse, calling legislators, and writing letters to the editors of various publications.

“We are extremely pleased that it passed, and we really felt that lawmakers took into account the wishes of the citizens of Massachusetts, so that people could be safer and guns could be out of the hands of people who are in crisis,” she said.

Given that the Senate has now moved into informal session, Moore said that H.3611, the voluntary do-not-sell list bill, is unlikely to be reconsidered until the spring of 2019.

“I don’t think you realistically would see any further movement on that bill until it’s refiled next year,” Moore said. “There won’t be any sort of hearing on legislation probably until maybe March.”

Shafer-Ray said he believes the bill was tabled because the idea that someone would voluntarily disavow themselves of a firearm is a new concept for many people.

“I think this is a really groundbreaking and innovative solution for a lot of the gun-related deaths we're seeing in the country,” he said. “I think [it] will need some time to be understood.”

A previous version of this article misstated the name of H.4670, "An act relative to firearms." It has been updated.