Over a nearly two-decade period starting in 1995, Asian-American applicants to Harvard saw the lowest acceptance rate of any racial group that applied to the school, according to data presented in the Harvard admissions trial Thursday.
By Shera S. Avi-Yonah and Molly C. McCafferty 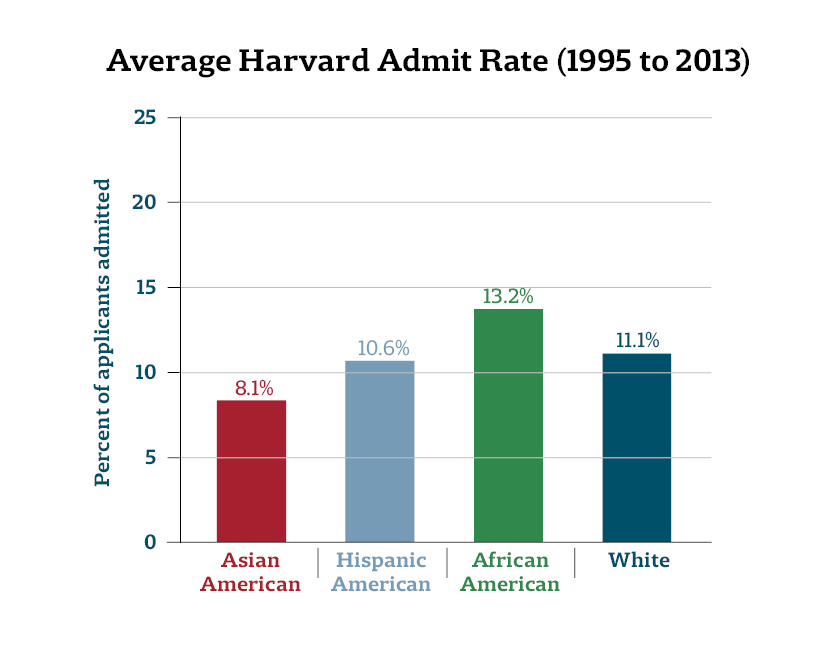 Over a nearly two-decade period starting in 1995, Asian-American applicants to Harvard saw the lowest acceptance rate of any racial group that applied to the school, according to data presented in court Thursday as part of the Harvard admissions trial.

The data surfaced during court testimony when Harvard’s lead trial lawyer William F. Lee ’72 stepped up to continue his marathon questioning of the College’s long-serving Dean of Admissions William R. Fitzsimmons ’67. Thursday marked the fourth day of the trial; Fitzsimmons has testified each day for several hours since proceedings kicked off Monday.

The trial, expected to last for at least three weeks, is the latest development in a four-year-old lawsuit that alleges Harvard illegally discriminates against Asian-American applicants. Anti-affirmative action advocacy group Students for Fair Admissions filed suit against the University in 2014. Experts have said that — should the case wind up before the Supreme Court — it could decide the fate of race-conscious admissions in the United States.

Charts displayed on three pages of the 16-page dataset detail the number of applicants and the number of admits belonging to each racial group for 18 Harvard admission cycles starting in 1995. The Crimson calculated yearly admit rates for each demographic group.

The analysis showed that Native-American and Native-Hawaiian students saw an average acceptance rate of 10.4 percent in that time period — but the statistic is likely less meaningful given the relatively small pool of applicants hailing from those racial backgrounds. Significantly fewer Native Americans and Native Hawaiians applied to the College each year than did members of other racial groups.

On average, 4,910 Asian-American, 1,938 African-American, 2,082 Hispanic-American, and 8,685 white students applied to Harvard in any given year included in the dataset. Just 233 Native-American and Native Hawaiian students did the same.

Harvard is typically tight-lipped about anything related to its famously secretive admissions process, though the College’s admissions office does publish the racial demographics of its admitted classes each year.

But it has never before released as detailed a breakdown as the one Lee unveiled Thursday.

The average acceptance rate overall during the time period covered by the dataset clocked in at 9.3 percent. Asian-Americans were the only racial group whose acceptance rate dips below that average.

The numbers also show how the pool of prospective applicants to Harvard has changed since the mid-1990s.

The acceptance rates for every single racial group decreased during that time period — consistent with the fact that the Harvard admissions process has grown increasingly competitive in recent years. In 2018, the College saw an acceptance rate below 5 percent for the first time in school history.

The overall decline in acceptance rates for all students measured 5.6 percentage points.

The relatively large decrease in acceptance rates for African-American and Hispanic-American applicants likely reflects the fact that Harvard has increased its outreach efforts to communities of color over the past few years. Admissions officers regularly conduct “extensive outreach to minority applicants” as part of the Undergraduate Minority Recruitment Program, according to Harvard-submitted court documents.

Overall, the data shows, admit rates for applicants of all races have grown increasingly similar over the past two decades or so. And all racial group-specific acceptance rates have inched closer to Harvard’s overall acceptance rate.

The trial is slated to continue Friday morning.