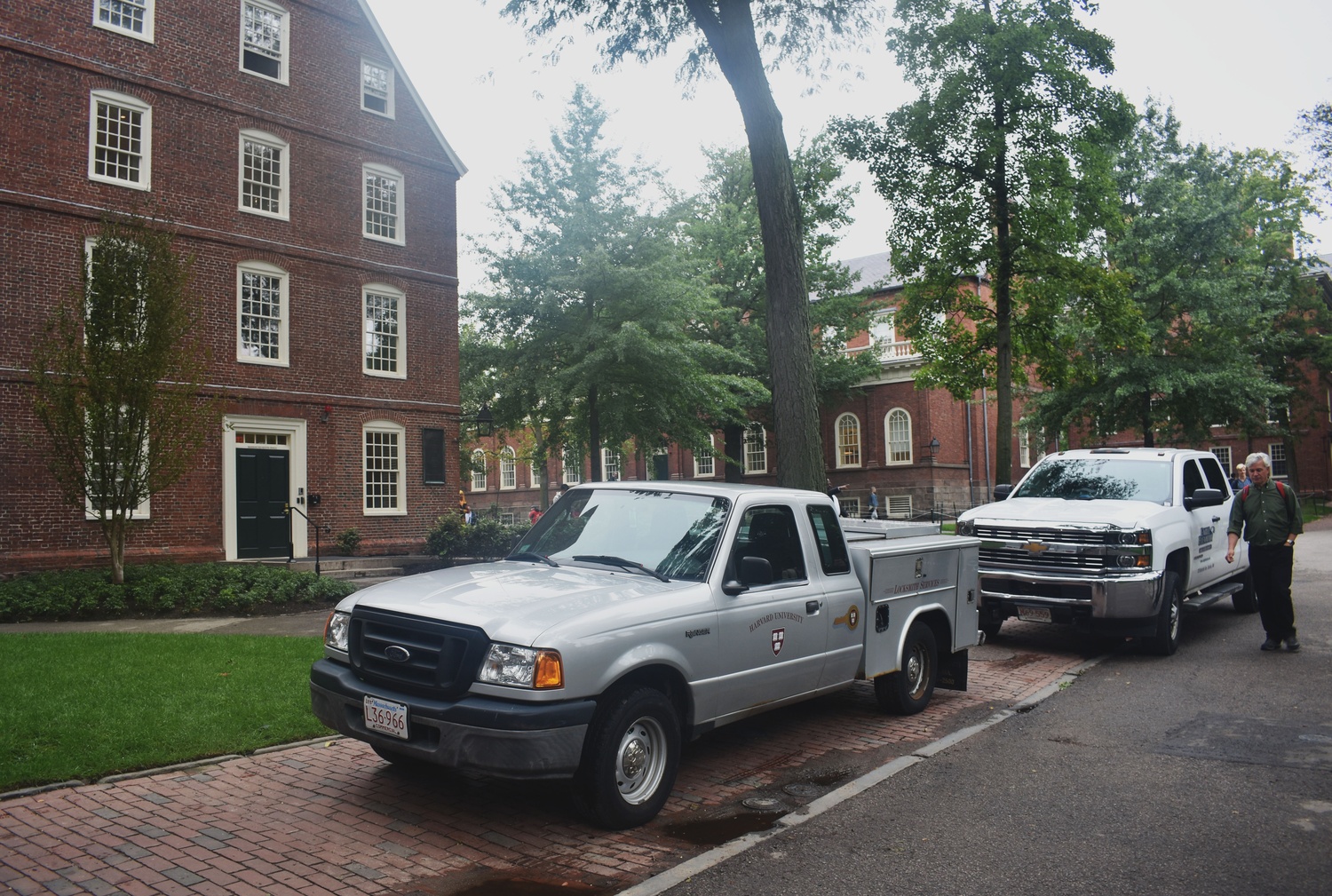 The summer renovation of Massachusetts Hall — which prevented University President Lawrence S. Bacow from immediately taking his rightful seat behind the large desk in the corner office in the small brick building that has long served as the ancestral workspace of Harvard presidents — is almost complete.

The construction, which was slated to conclude during the summer of 2018, wound up continuing well into September. According to University spokesperson Brigid O’Rourke, the renovation did not affect the move-in of the 13 members of the Class of 2022 who were assigned to live there during their freshman years.

“The students moved back on time, as scheduled, on Monday, August 27,” O'Rourke wrote in an emailed statement.

Nevertheless, the construction did not go unnoticed by the first-year residents.

“It has its benefits and its drawbacks,” resident Selorm M. Quarshie ’22 said. “Drawback would be at like, 6 a.m., and you wanted to sleep in, but they’re using a ripsaw,” he said. “Advantage would be, it’s like 9 a.m. and you missed your alarm, and you have a 10:30 class, and it actually worked out well.”

“So that was definitely part of an inconvenient thing that would happen,” Zhang said. “It’d be really loud, and you wouldn’t know if you should leave the building or not, because you know it’s just because of the construction,” she added.

Other residents said the noise and commotion has not bothered them.

“I’d say it hasn’t really impacted my experience so far other than the fact that some of the dorm amenities weren’t implemented yet, so I had my light switches installed like two weeks ago,” Mikki A. Thompson ’22 said. “But other than that, they were good about not making noise.”

In addition to serving as a dormitory for freshman students, Massachusetts Hall is home to the offices of the President, Provost, and several other high-profile Harvard administrators. While Bacow and the Provost have now begun working in the building again, other officials who work in the Hall will keep moving back in throughout October, according to O’Rourke.

The renovation was meant to restore the building’s Georgian exterior — workers refurbished the Hall's masonry, roofing, gutters, and the clock face on its west facade. Some improvements were internal, though; construction workers also installed a new central heating and air conditining system and made “significant code and life safety upgrades.”

Built in 1720, Massachusetts Hall has played myriad roles in both the history of the University and the nation. The building accommodated hundreds of American soldiers during the Revolutionary War. As a dormitory, it housed historical figures such as John Adams and John Hancock.

Because of the historical significance of the building, any alteration to the Hall must be approved by the Cambridge Historical Commission.