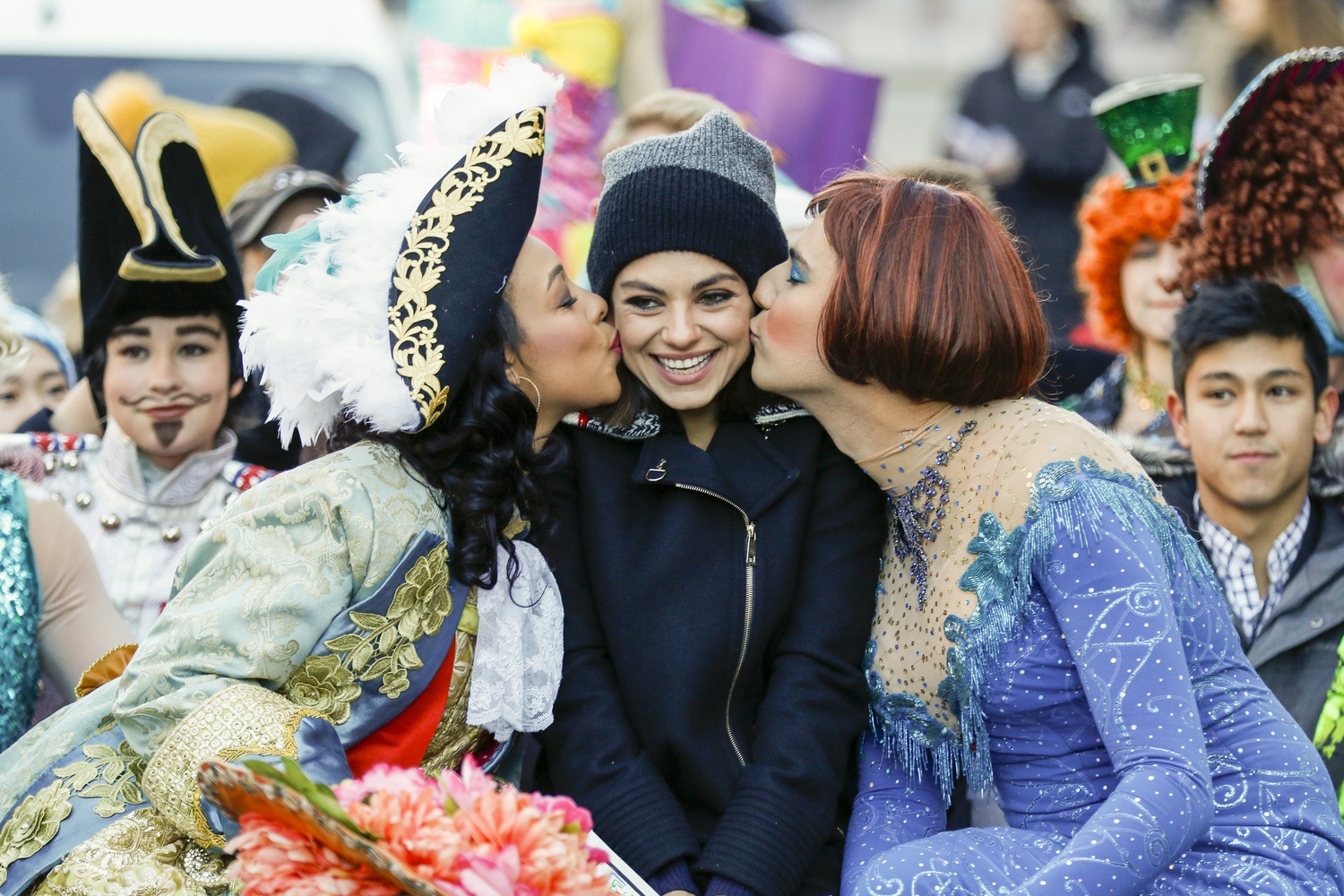 Mila Kunis was honored as the Hasty Pudding Theatricals Woman of the Year in 2018. She may have played a role in the group's decision to admit women as cast members. By Timothy R. O'Meara
By Elizabeth H. Yang, Crimson Staff Writer

After an exuberant parade marked by a surprise announcement, actress Mila Kunis received the annual Woman of the Year Award from Hasty Pudding Theatricals on Thursday afternoon.

Kunis, known for her roles in “Black Swan," “That '70s Show," and “Family Guy," rode down Massachusetts Ave. in a convertible surrounded by vibrantly costumed Pudding members who sang her name and planted kisses on her cheeks. Shortly after Kunis finished parading though the streets, Pudding president Amira T. Weeks ‘18 announced the organization will be casting women for the Pudding’s 171st production in 2019, breaking with almost 200 years of all-male precedent.

Kunis said she would not have attended Thursday's celebration had the Pudding not announced its new gender-neutral policy.

But luckily for the crowds of people who thronged the sidewalks hoping to catch a glimpse of the actress, she did. An elderly man professed his eternal love as Kunis glided past. Several passersby, heading elsewhere, got caught up in the commotion.

“I was actually trying to go back to my dorm,” Aaron C. Viser ‘19 said. “I had no idea what it was, but then saw a bunch of football players—figured it was Mila Kunis.”

The Woman of the Year Award, the Pudding’s oldest accolade, was established in 1951 to honor performers who have made “lasting and impressive contributions to the world of entertainment,” according to the club’s website.

Kunis too, had her share of fun at the celebration. Amidst the volley of jokes aimed at the her during the roast following the parade, Kunis inhaled helium, launched donuts at a Peter Griffin impersonator, and had a dance-off with someone clad in a “Black Swan”-inspired tutu.

But some on Thursday did more than watch the festivities. Roughly a dozen students came to protest the event, criticizing the Hasty Pudding’s former policy of barring women actors from its cast.

In recent days, op-eds in several publications including the Boston Globe and The Crimson had called on Kunis to reject the Woman of the Year award given the Pudding’s former policy of excluding women.

The controversy surrounding Thursday’s events comes amid a movement reverberating throughout Hollywood and the media industry that seeks to expose gender imbalances in the workplace.

At a press conference following the roast, Kunis said that, despite the controversy, she was eager to attend and glad she did.

“Backing down is not taking a stance,” she said. “If you look at a list of women that have been honored, it’s an incredible list to be a part of. I did sign the wall, and I signed next to Helen Mirren and I was like yeah! Fuck yeah!” Kunis said.

Kunis ended the press conference with some parting advice.

“Never stop being creative. Never stop working hard. And always try to create something for someone else," she said.

—Staff Writer Elizabeth H. Yang can be reached at elizabeth.yang@thecrimson.com.