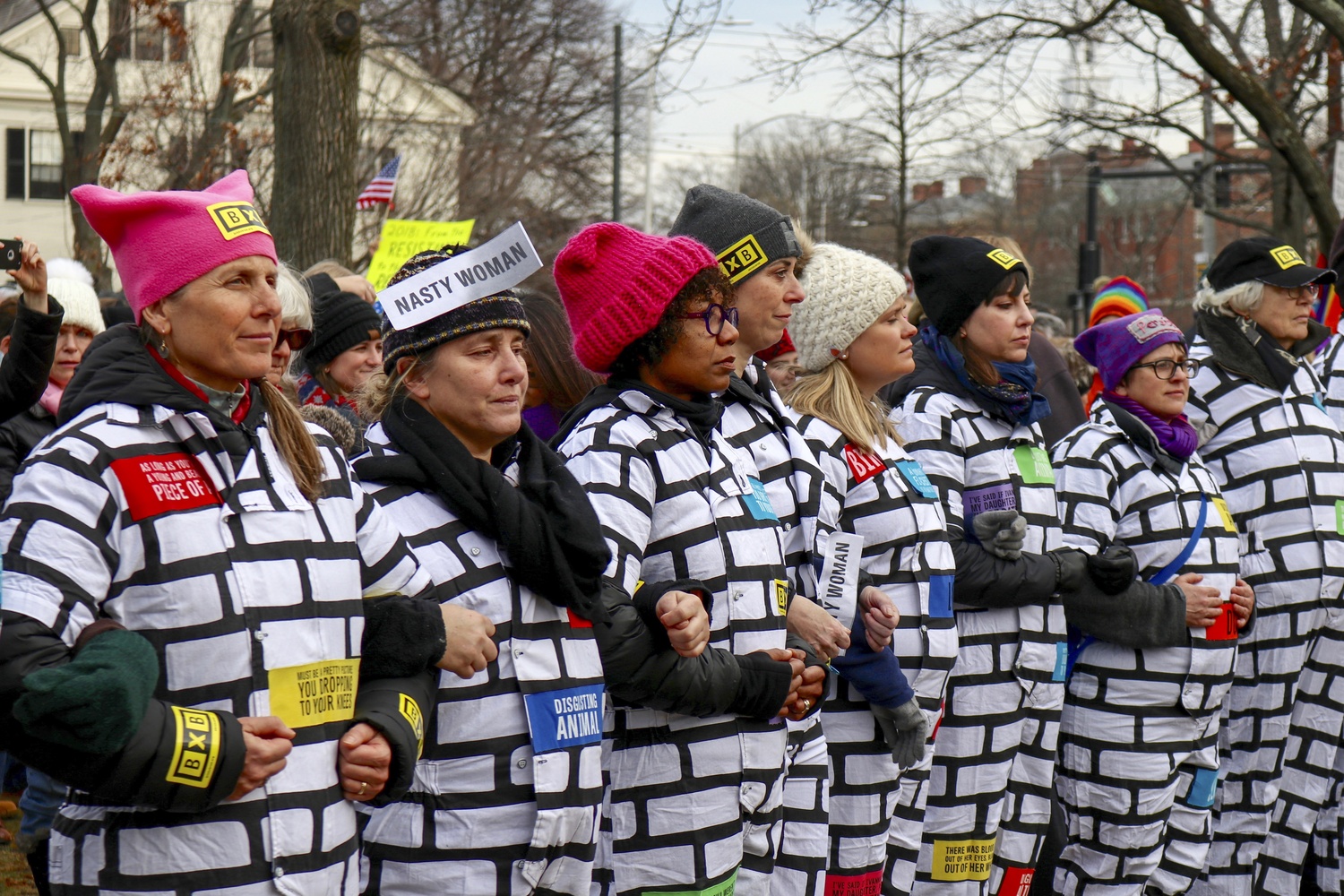 On Saturday—one year after the inauguration of President Donald Trump—Cambridge Common flooded with men and women clad in pink hats as part of a nation-wide weekend of Women’s Marches.

The 2018 Cambridge and Boston Women’s March marked the first anniversary of the Women’s March movement, born last year in protest of Trump’s election. By 1 p.m. Saturday, roughly 13,500 people had indicated on Facebook they planned to attend the march. The gathering took place in the 16-acre park across Mass. Ave. from Harvard Law School.

Like in marches last year, participating activists, including politicians like Massachusetts Attorney General Maura T. Healey ’92, denounced the President’s treatment of and attitude toward women.

“Let me be clear: We have a president who demeans and insults women,” Healey said to the crowd Saturday. “He actively lowers our standing in the world. He is an embarrassment and certainly no role model for our young girls and boys.”

Issues of sexual assault drew increased national attention in 2017, bolstered by anti-sexual harassment movements including #MeToo and #TimesUp, among others. Jennifer N. Baker ’21, who marched on the Common on Saturday, said she felt encouraged by the increase in activism that took place in 2017.

“[They] all demonstrated that people are willing to rise up and rise to the challenge, and I think that demonstrates the...potential for the future in terms of the next wave of elections in 2018,” Schnall said.

“If there’s one thing to take away from today, it’s that we’re still here, we’re still marching, and—you better believe it—we are winning,” she said.

Scattered among the sea of cat-eared pink hats—a symbol of the Women’s March that emerged last year in response to Trump’s comments about inappropriately touching women—were blue hats meant to inspire hope for a “blue wave” for Democrats in midterm elections later this year.

Speakers at the event highlighted a wide spectrum of issues, ranging from the treatment of incarcerated women to transgender rights to the plight of Puerto Rican families who came to Boston to escape damage caused by a recent hurricane.

Amelia Y. Goldberg ’19, another attendee, said she felt “uplifted” to see marchers advocating for a wide variety of causes Saturday. Some observers alleged last year’s march focused too much on white, cisgender women.

This year’s list of speakers included people of color and transgender women.

“They were really talking about racial justice, economic justice, peace, environmental justice, trans justice, as things that all come together and that we can agree upon,” Goldberg said.

Nonetheless, some participants said they wished the Women’s March movement reached further across the aisle to include people with other political ideologies.

Around 20 members of Boston-based political group Resist Marxism—a group that includes libertarians and Trump supporters—attended the March. Members of the group said they wanted to start conversations with other marchers to better bridge ideological divides.

Samson Racioppi, a libertarian candidate running for office in Massachusetts’ sixth congressional district, said Resist Marxism reached out to the march’s organizers to participate but received no reply. Organizers of the march did not immediately respond to requests for a comment about Resist Marxism.