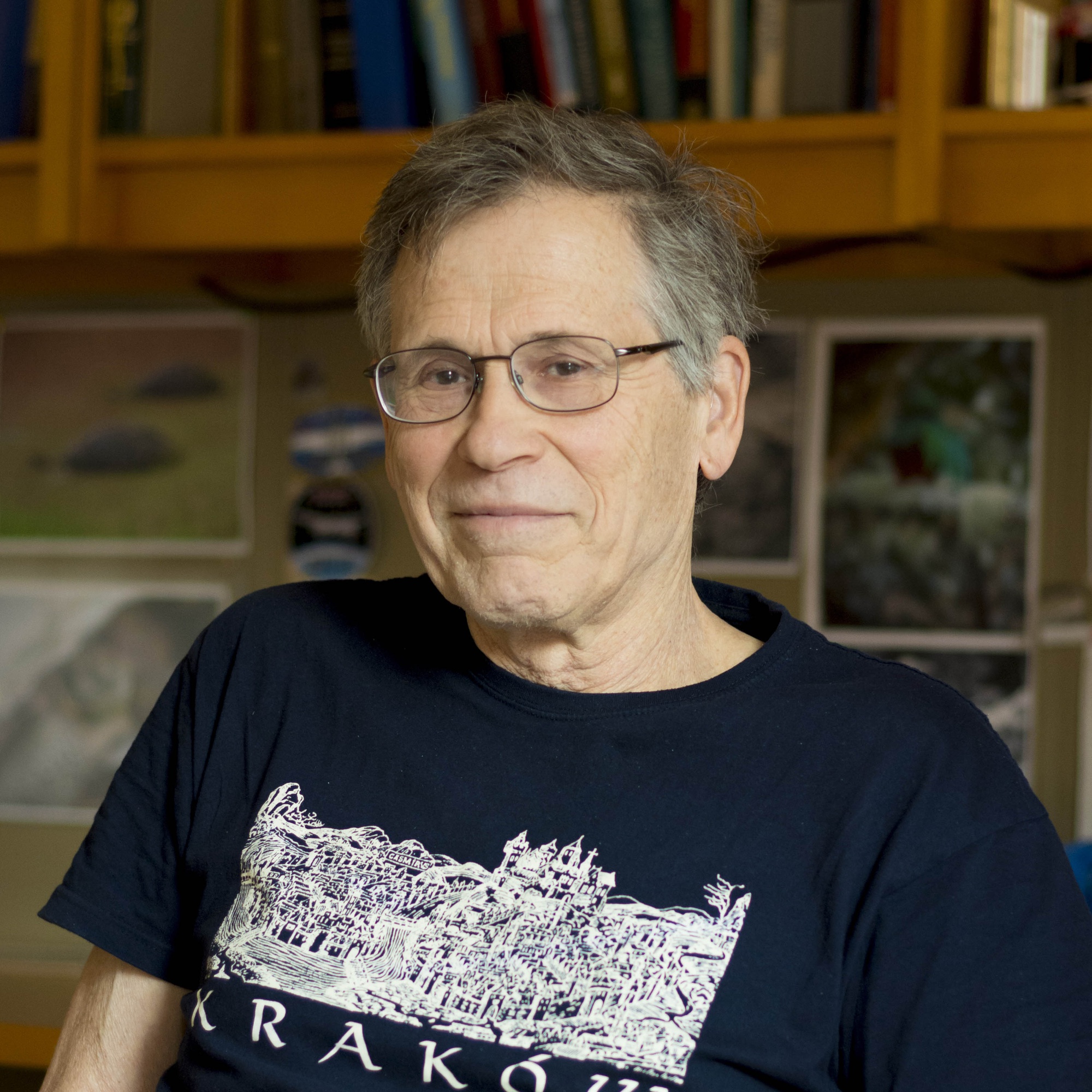 Wofsy and his team maintain a worldwide network of ground and airborne instruments dedicated to monitoring changes in the climate and the atmosphere. They are currently preparing to fly 70,000 km in order to measure pollution in the remotest areas of the world. ​
By Drew C. Pendergrass

As Steven C. Wofsy finished his Ph.D. in the “purest of pure chemistry” At Harvard in the early 1970s, he hit a roadblock – the Nixon administration suddenly cut funding for his chosen area of science. So Wofsy, inspired by the first Earth Day in 1971, switched to environmental chemistry for his postdoctoral work. He promptly became a leading scholar in the field, joining the Harvard faculty in 1975; today he is the Abbott Lawrence Rotch Professor of Atmospheric and Environmental Sciences. Wofsy and his team maintain a worldwide network of ground and airborne instruments dedicated to monitoring changes in the climate and the atmosphere. They are currently preparing to fly 70,000 km in order to measure pollution in the remotest areas of the world.

Editor’s Note: This interview has been edited for length and clarity.

Fifteen Minutes: Tell me a little about your airplanes.

SW: Our mission is designed to study what happens where pollution goes to die. If you have the right instrumentation, you can clearly measure chemical compounds that originated from human activities in the most remote parts of the atmosphere. We want to understand how far we have moved from an environment that has pristine places. We’ve found the human influence to be very pervasive. The atmosphere is not pristine anymore. We want to know exactly how not pristine it is.

FM: You have the colorful title “Associate of the Forest,” because of your long-running research at Harvard Forest. What do you do out there?

SW: In 1989, we were the first people to measure exchanges of gas between forests and the atmosphere. We set up a research station that measures this exchange every second of every hour for almost thirty years, because we learn how climate is affecting the forest when we observe over large timescales.

We’ve found the forest is growing faster and faster, and we don’t really know why. Some of that could be due to beneficial effects of higher CO2. Some of it could be due to the warming climate. Massachusetts is a cold environment. When you start to warm it up a little bit, the plants start to do better. When you warm it up a lot, they die. But right now they’re doing better.

FM: A hot topic today is geoengineering – modifying the Earth’s surface or atmosphere to reduce incoming solar radiation. What are your thoughts on this kind of project?

SW: I don’t think it’s a road we should go down.

When you come to geoengineering you’re talking about making global changes that are very difficult to predict. That will surely involve chemistry and physics that we don’t know about. Putting stuff in the stratosphere to reduce solar radiation couldn’t be better designed to produce a surprise. I think it’s a really bad idea.

There’s another feature of climate change in general, and of geoengineering in particular, that bears very careful consideration. When something major happens in the environment, some people will be hurt and others will benefit. If you’re one of the ones that benefits, you’re quite happy. You’re less happy if you’re driven from your home or you die in a flood. That inequity is likely to be the outcome of any kind of geoengineering project.

The only type of geoengineering that makes sense is to take CO2 out of the atmosphere. I would be very happy with that. But I don’t think it’s going to happen anytime soon.

FM: Is there anything about your research that keeps you up at night?

I think it’s certainly possible to adapt from a cold climate to a warm climate, but it’s not clear how you adapt from a hot climate to a hotter climate. You may just have to leave. There are a lot of poor people living in the hot climates. It’s not clear where they are going to go. The other day I was speaking to the director of the Harvard Center for African Studies, and he was saying that Nigeria will have one billion people by the end of the century. But that’s not sustainable. If the climate shifts around, some areas of tropical and subtropical Africa may become uninhabitable. Where are all those people going to go?

Those are the kind of things I worry about. I worry about the impact of climate change on vulnerable populations. I think if the United States didn’t have to worry about those “poor people,” we would be fine. It’s a temperate climate. It’s a large country. The climate may shift and some crops may not be grown anymore, but the US is a wealthy country and people will adapt. But we’re part of the whole world, and in the rest of the world it’s not clear that can happen.

One thing people don’t appreciate is it takes a while for the climate to respond to what you’ve done to the atmosphere – decades and longer. That means we’ve already committed to more climate change than we’ve seen. So even if you suddenly stop emitting CO2, or started to emit CO2 at a rate that would keep the level constant, the climate would continue to warm. We’ve already set into motion changes that we don’t understand, and we can’t take them back.

Isn’t that something to worry about?