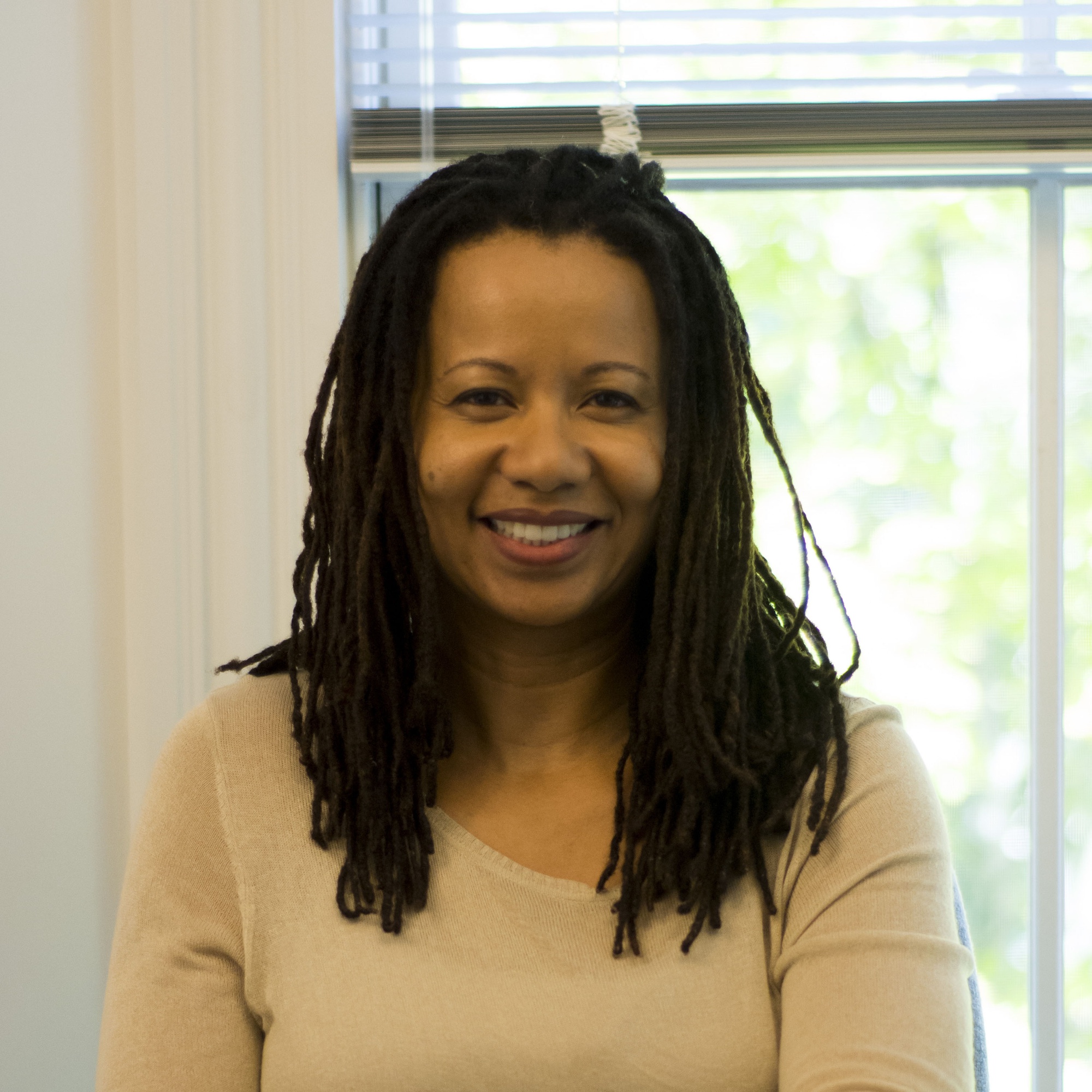 "I’m here at Harvard researching slavery in the regions that became Canada. The average Canadian doesn’t even realize transatlantic slavery happened in Canada," says Charmaine Nelson of her work. "Canadians got to that point through an erasure—we offload it onto the United States."
By Michelle Y. Raji

Professor Charmaine Nelson, an art historian from McGill University, joined the faculty of Women, Gender, and Sexuality this autumn as a visiting professor. Nelson’s work examines art and visual culture from across America, Canada, Europe and the Caribbean. Her research at Harvard concerns fugitive slave advertisements in Canada, challenging the myth that Canada was always a refuge for enslaved people in North America. Nelson’s course, “Exploring Race, Gender, and Sexuality in Historical Art and Visual Culture,” introduces students to the styles and social forces informing visual art. Editor’s note: This interview has been edited for length and clarity.

FM: How is the conception of race in the US different from Canada?

CN: The colonial or imperial histories of both nations are similar and overlapping. This year, Canada is celebrating its 150th anniversary. But the nation formed, large parts of Canada and what became the United States were considered British North America or New France. Parts of America were considered New Spain. Territories were changing hands quite a bit. When the border formed, discrete national and regional politics entrenched themselves and Canadians quickly forgot their colonial histories.

I’m here at Harvard researching slavery in the regions that became Canada. The average Canadian doesn’t even realize transatlantic slavery happened in Canada. Canada has this misperception of racelessness or racial blindness and positions itself as being extraordinary racially tolerant, but this is based on a fiction that colonialism and racism never happened in Canada. Canadians got to that point through an erasure—we offload it onto the United States.

There were fewer slaves because you needed fewer, not because white people were any nicer or kinder. If you forget the history and legacy of black people in Canada, you can erase what happened to them and erase that slavery ever transpired. For me, the stark difference is that Americans are more honest with their racial traumas than Canadians.

FM: What is the most interesting, surprising thing you’ve come across in your archival research or reading?

CN: I found a fascinating person in the Quebec fugitive slave ads. Part of what I’m looking at is creolization, or how Africans became African American or African Brazilian and so on, and what that meant culturally. This one man—Joe—was particularly haunting. I found five different ads for him, and you can actually map Joe’s creolization across these ads.

In the first ad, Joe is described as a “negro lad”. His owner, a man named William Brown, owns the newspaper—he’s putting an ad for Joe in his own paper. The ad says Joe was African-born, which is significant because a minority of enslaved people are people born in Africa. Slave ships always stopped in South America or the Caribbean first. So, Joe survived two middle passages: one from Africa to somewhere in the American South, and then one to Halifax, Quebec City, or Montreal. William Brown also says Joe speaks English and French tolerably.

By the fifth ad, Joe is a man. He’s fluent in English and French, and he was working as a pressman—he was running the press! Joe must have known exactly what a runaway slave ad was. He had probably been made to formulate, print, and edit ads for his fellow enslaved people. The newspaper he was helping to print, the Quebec Gazette, was owned by the guy who owned him. He must have known Brown would come after him.

But, ads can’t tell you if a person was caught or not. So, how do you finish Joe’s narrative? You can go to other archives and personal letters. But, the real obscenity is that you go to the will or the state inventory of the person who owned the slave. The thing is—William Brown would have had to die before Joe in order for him to be in the will. If Brown dies, Joe is passed down or sold, which was likely because enslaved people had shorter life expectancies. So, my question is: How do you read fugitive slave ads against the grain? They sought to criminalize stealing yourself. How can I use the ads to re-humanize people who were dehumanized?