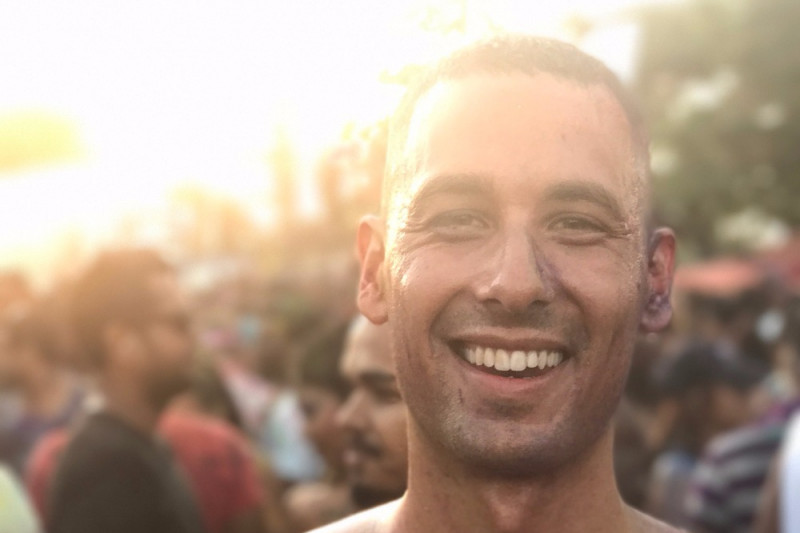 Gashaw Clark '14, an energetic and well-liked graduate of the College, died in a bike accident in the Bay Area. By Courtesy of GoFundMe
By Julia E. DeBenedictis, Crimson Staff Writer

Gashaw Clark ’14, an optimistic and adventurous Harvard graduate living and working in California’s Bay Area, died last week in a biking accident. He was 25.

Clark’s Harvard classmates remember a popular campus figure with an uncanny ability to bring people together.

“We met freshman year. He knew every single person at Harvard. I feel like he had a time turner or something. I’ve been thinking a lot about how much I hated walking anywhere with him because it was never just a quick hello,” Lanier Walker ’14 said. “He was a relentlessly good friend to so many people.”

Born into an Ethiopian family in the Bay Area, Clark attended a French-speaking high school and continued to grow his love of language and world cultures through his college years. He spoke several languages, including French, Spanish, and Portuguese.

During his time at Harvard, Clark was the president of the Black Pre-Law Association, and a member of the Veritas Financial Group, the Black Men’s Forum, and the Spee Club. He was awarded the Whiting Prize from Lowell House his senior year, which is given by the Faculty Deans to a student who “shows loyalty to the House, and makes it a desirable place for interaction.”

Diana L. Eck, Lowell House Faculty Dean, wrote in an email that “due to his ability to speak French, Spanish, and Portuguese, he developed a warm relationship with many of our dining hall and custodial workers. He helped one of them learn to use a computer; he helped another apply for a child care scholarship.”

“We were group partners in Science in Cooking and he ended up getting an internship with Ferran Adrià because he spoke French and Spanish, and then just figured out Catalan,” Walker said.

After graduating with a degree in government, Clark moved to the Bay Area, where he worked at LinkedIn and, most recently, software company Oracle.

On his Facebook wall, peers and friends commemorated him as “a friend whose smile brought joy to all it reached,” and “a gift to the universe.” Several of Clark’s close friends have started a GoFundMe that will fund Clark’s funeral services and other expenses. As of Thursday afternoon, more than $70,000 had been raised through the page.

“Gashaw was a friend and brother to many of us. He was always smiling and laughing and injecting unfathomable (and sometimes unwanted) amounts of energy into every situation,” the GoFundMe memorial says. “He connected deeply with everyone he met-from the young to the old, people of all backgrounds and personality types. He taught many of us how to truly live.”

His friends also created an online document to gather notes and memories about Clark which they plan to compile into a book for his family and friends.

“Gashaw was like a brother to me. Goofy, kind, respectful of everyone. He was the kind of friend for whom you felt truly grateful to have in your life. As men of color growing up and working in Silicon Valley, his existence validated mine,” wrote Noah Bond.

Friends remember Clark as someone who had a connecting with them with people deeply and instantly. Once, Walker remembered, Clark made fast friends with a security guard at the airport—the two have stayed in touch since, and the security guard was one of many who posted on Clark’s Facebook wall.

Andrew J. Hadad ’14, one of Clark’s closest friends, said they took lots of trips together including a recent one to Trinidad, where Hadad is from and now lives.

In a note to Clark he wrote, “I distinctly remember when you looked at me while we were driving and said, ‘I could definitely see myself settling down here at some point.’ Even though I knew it probably wasn’t true, I was so incredibly excited about the prospect. Growing old together, raising our kids together.”