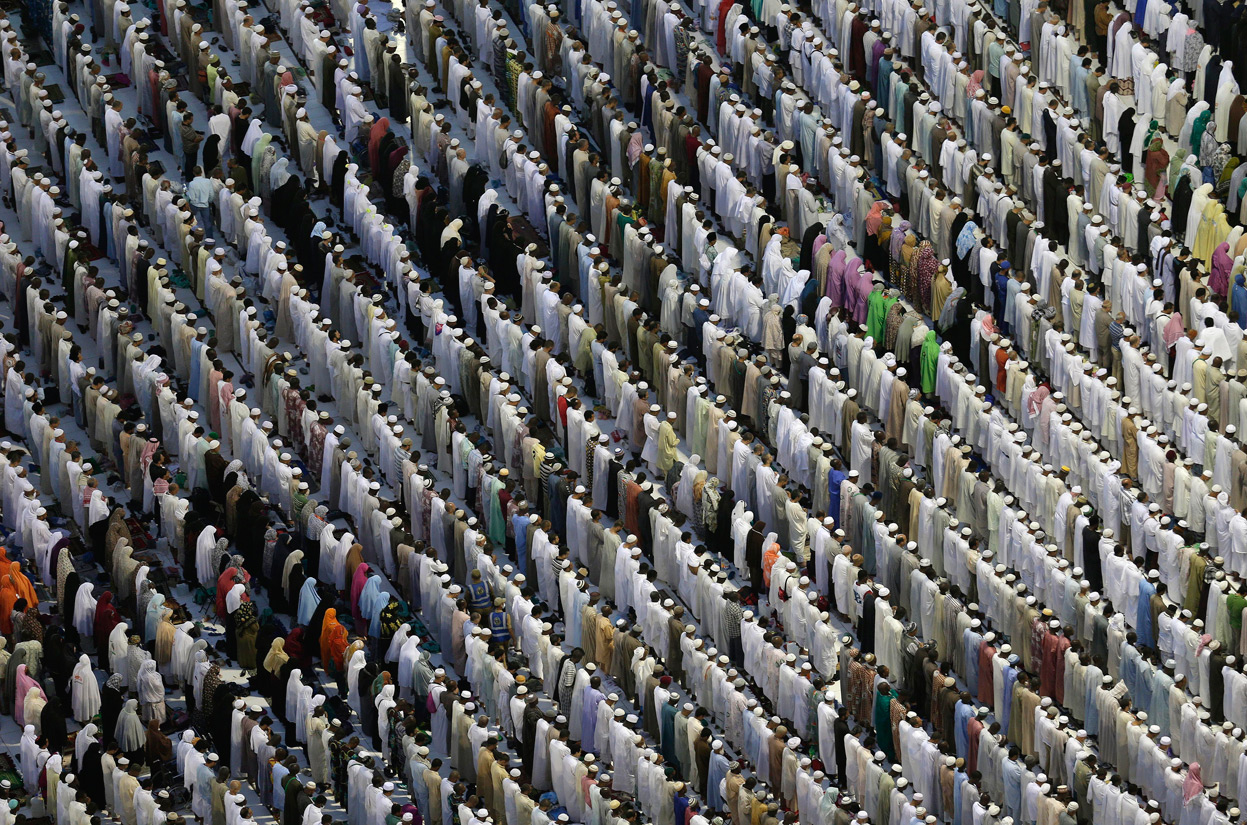 Pilgrims pray outside the pilgrimage during Hajj 2012. Photo taken by Hassan Ammar for the Associated Press. October 2012
Advertisement
Advertisement

After Dark in the Arabian Peninsula

Scholars of history, architecture, design, film, and anthropology gathered to explore nighttime landscapes and public spaces in the Arabian Peninsula and other places with similarly hot climates.
By Michelle Y. Raji

A gas station’s white light emanates into an empty lot in the American South.

Masjid al-Haram, the famous mosque surrounding Islam’s holiest site, the Kaaba, is enveloped by skyscrapers. The tallest of those: a clock tower that resembles Big Ben, with a bell that drowns out the mosque’s nighttime call to prayer, isha.

These are some of the images presented in “After Dark: Nocturnal Activities and Public Spaces in the Arabian Peninsula,” a symposium organized by the Harvard Center for Middle Eastern Studies, the Aga Khan program, and the Graduate School of Design. On April 7-8, scholars of history, architecture, design, film, and anthropology gathered to explore nighttime landscapes and public spaces in the Arabian Peninsula and other places with similarly hot climates. 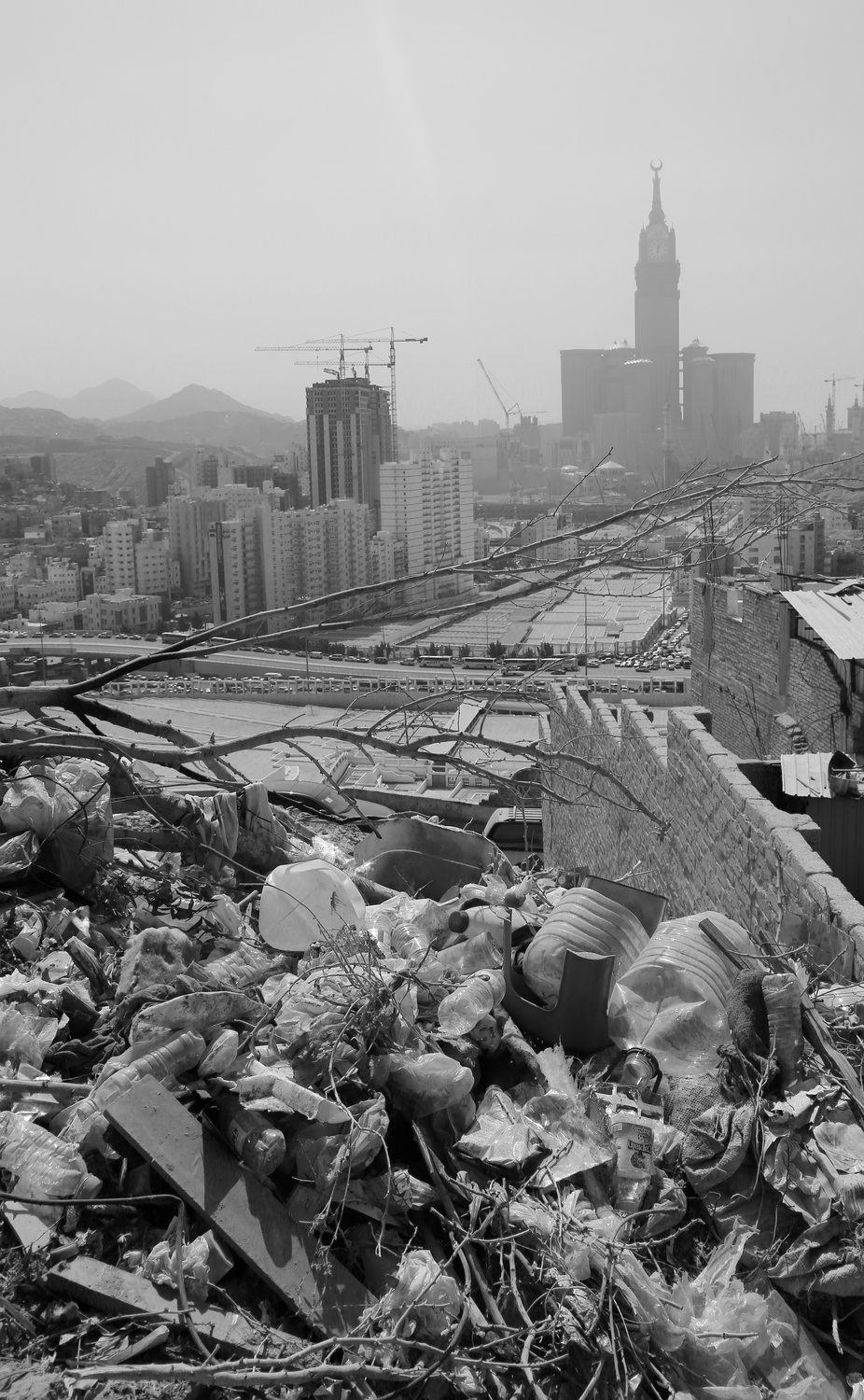 In one panel, a French anthropologist recounts gay cruising at night in Riyadh, Saudi Arabia, where public roads in the country are both sites of surveillance and privacy. His fieldwork is fascinating: At one point, the handsome ethnographer describes a sexually tense exchange with a subject, a straight-identified Saudi who rationalized his same-sex attraction in terms of heightened masculinity.

In the last panel, called “New Nocturnal Landscapes,” a scholar discusses the spatial possibilities of camping season—a period during the mild winter months in which Kuwaitis seek refuge and leisure in desert camps. He imagines how the country might design these spaces in the future, presenting enigmatic illustrations of desert lighthouses as a possible blueprint.

The conference was the result of collaboration across departments. Associate Professor of Landscape Architecture and member of the Center for Middle Eastern Studies steering committee Gareth G. Doherty had been talking to William E. Granara, professor of the practice of Arabic and director of Modern Language Programs about ways in which the Center and the Graduate School of Design could collaborate. They decided to organize a conference to better understand how social life at lower latitudes, from the Arabian Peninsula to the American South, changes at night when temperatures fall.

Doherty’s impetus to organize the conference was particular to his own ethnographic research in the region. “I just finished a book on [the color] green in Bahrain,” Doherty says. “[When] the book was in press, I realized all my research was dealing with the daytime, but all my fieldwork was in the nighttime.”

As a scholar of Arabic and Arabian Studies, Granara felt the conference was especially timely. “The Arabian Peninsula is now home to these kind of modern global cities,” he says.

“Traditionally, this part of the world was of broad academic interest insofar as it was a place in which petroleum was being pumped out, or a contestation through war,” Granara says. “I think this conference is groundbreaking in that it focuses more interesting attention and rigid dimension to Arabian Studies than just petroleum.”

Many of the panelists and conference attendees expressed delight at learning more about the region from another discipline, or about their discipline from another region. Even the organizers of the conference, already well-versed in the topic, say that they felt enlightened. Doherty says he learned more about the relationship between nocturnal activities and space, especially with regard to migrant workers. “We [often] talk about gender, but actually in the Arabian Peninsula, class is a big issue when it comes to public space,” he notes.

Granara was also fascinated by the way “the fabric” of these new cities respond to migration from South Asia, from Indonesia, from China, from Western Europe and the United States. “This diversity of people and cultures has an impact on the way public space is conceived, used, and built,” he says. 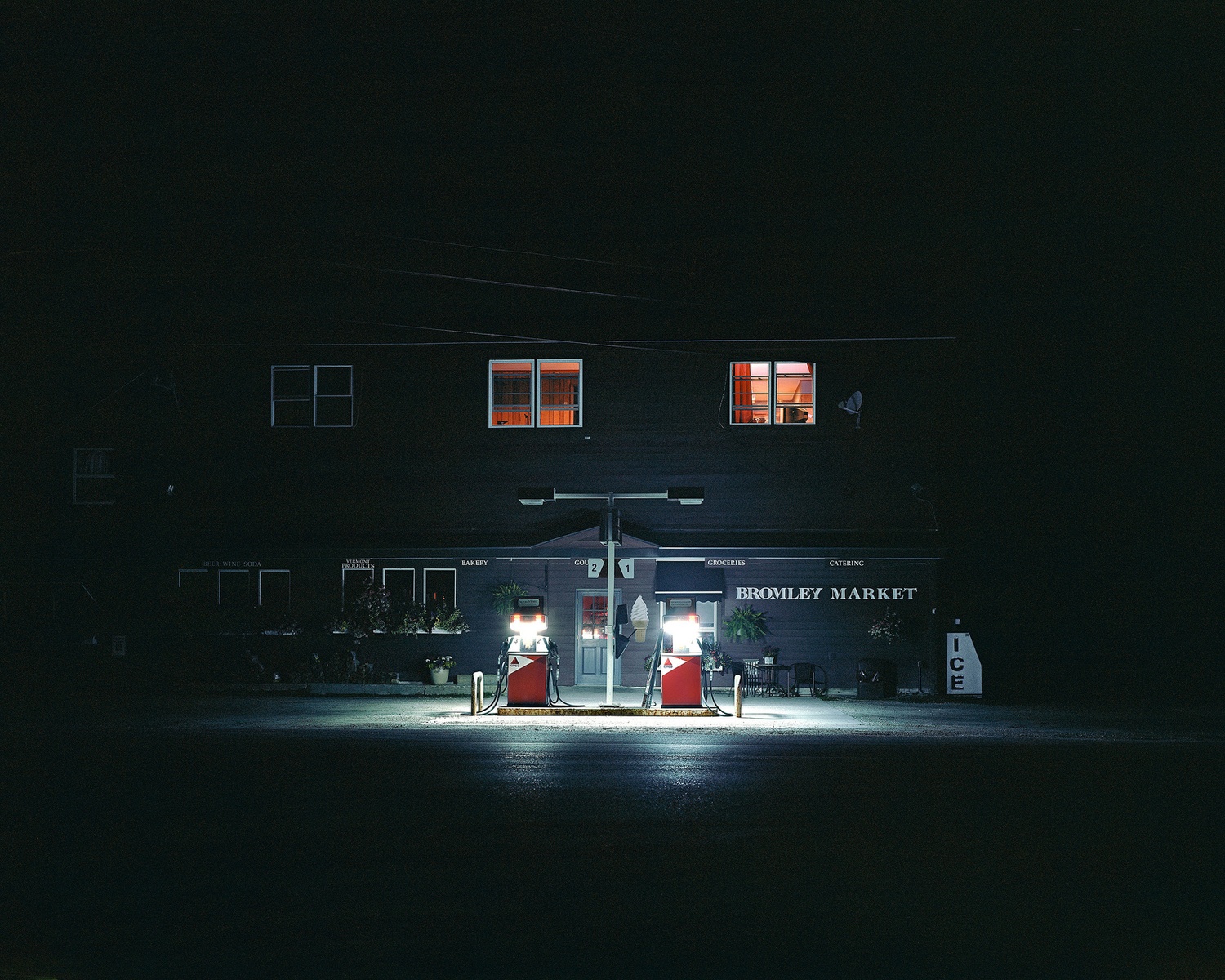 By Courtesy of Wilmot Kidd