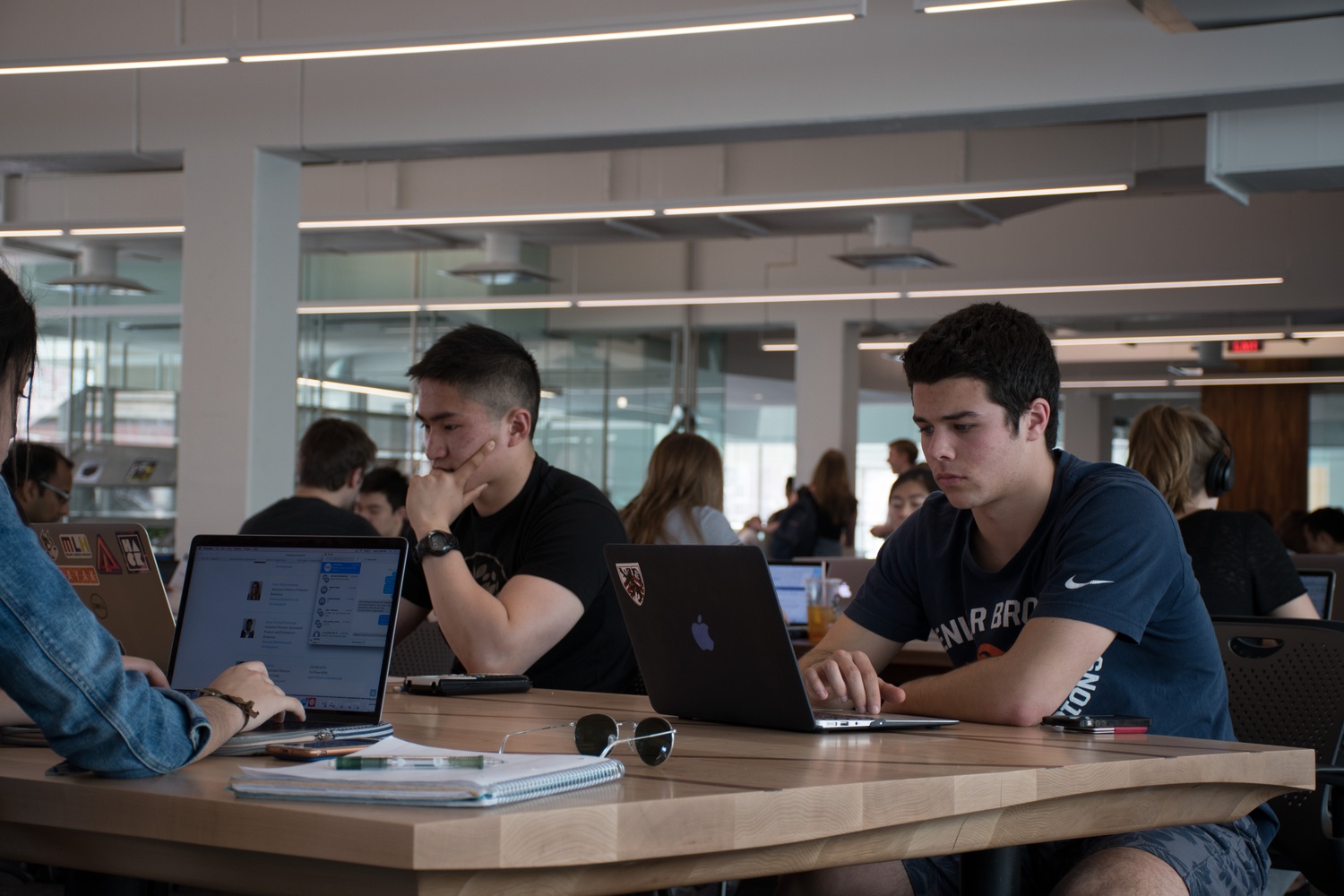 Ben Z. Zhang ‘18 and Alex C. Raines ‘20 work in the newly renovated Cabot Science Library on Monday afternoon. The first floor of the library, which was closed for construction since the end of the 2015-16 academic year, reopened on Monday morning. By Megan M. Ross
By Akshitha Ramachandran, Crimson Staff Writer

Days after the unveiling of a renovated Cabot Science Library, undergraduates say they are pleased by its modern look, with some declaring the airy Science Center space now superior to Lamont Library.

“It has a good open space because every time I go to Lamont I feel as though I’m closed off in a little bubble,” Mateu said.

“The way they designed it to be fluid with longer tables definitely creates good conversation and doesn’t feel like you’re held up like in Lamont,” he said. “A lot of Harvard can be older and antiquated and this space doesn’t feel like that.” 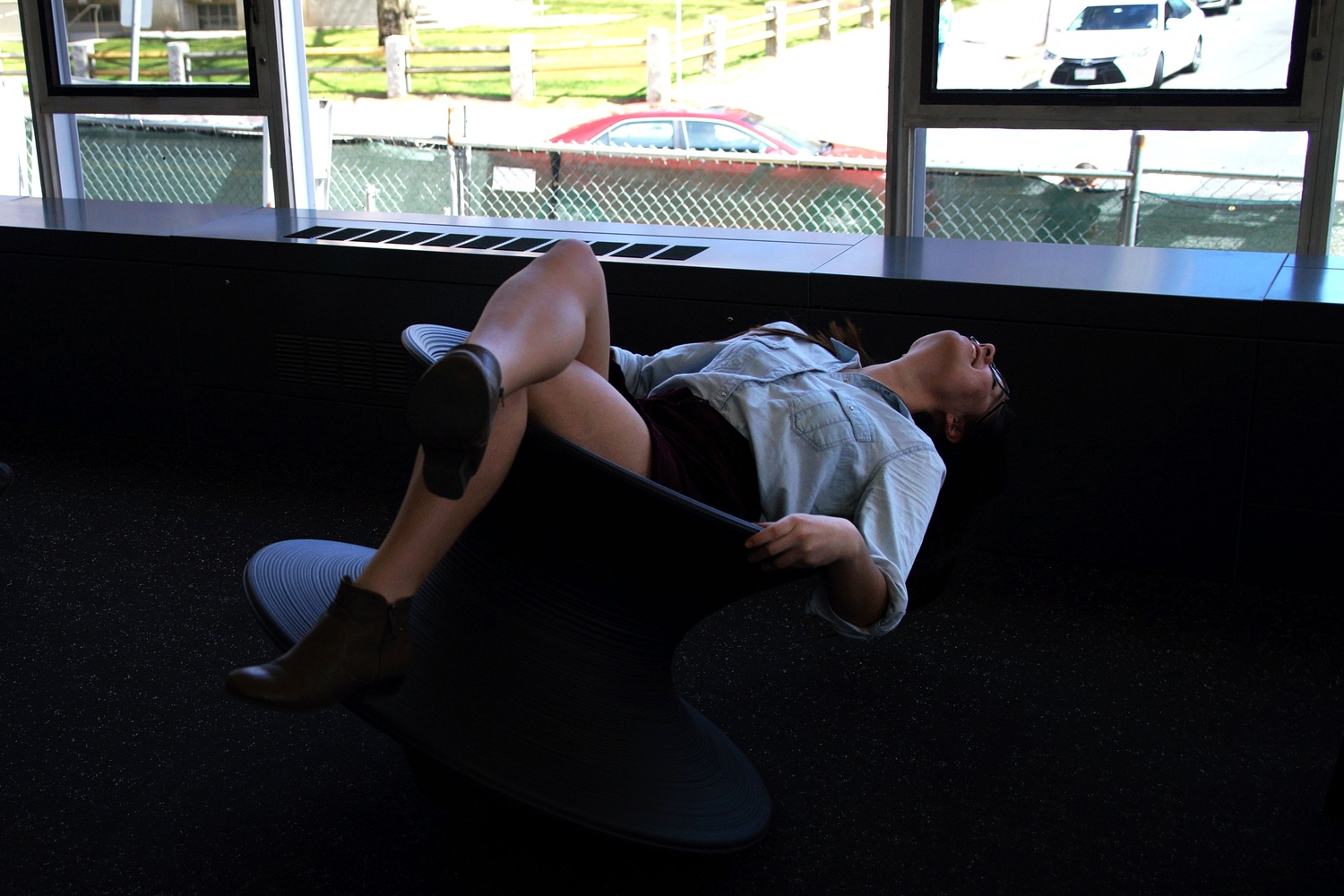 Aileen D. Villalpando ’20 spins around on a chair in the newly opened Cabot Science Library. By Zennie L. Wey

Alex A. Wu ’20 said he was particularly fascinated with the library’s new bathroom sinks, which combine faucets and hand dryers into one structure.

“The sinks. I love the sinks. You can wash your hands and then move two centimeters and dry them all in the same go,” Wu said.

Other details of the renovated library, such as an increased number of outlets and glass walls that students can write on with dry erase markers, also drew praise. Dozens of students also flocked to the renovated courtyard to enjoy Tuesday’s warm weather.

Despite the overwhelmingly positive reception to the library, however, students say they still have some reservations.

Karis Tai ’20 said she thought building spaces intended for collaboration in the library was a futile effort, as students may be unlikely to use Cabot Library as a space for conversation.

“I think the library is great and that the College is looking to develop more community spaces,” Tai said, “But for a space that is intended to be a conversational space I think a lot of people are sitting here quietly studying.”

Mateu also joined others in criticizing the impending arrival of Clover Food Lab, a vegetarian eatery that many is decried as an unwanted replacement for Greenhouse Cafe.

But compared to its appearance before renovations, Varun P. Varshney ’19 said, Cabot Library has had a successful facelift.

“People rarely used it. There were a couple group study areas but not very many. It was probably one of the worst libraries on campus whereas now it’s possibly one of the best,” he said.

“There is much more open space and nice work space. It was really brought it into the 21st century. I wish they would do Lamont too,” he said.