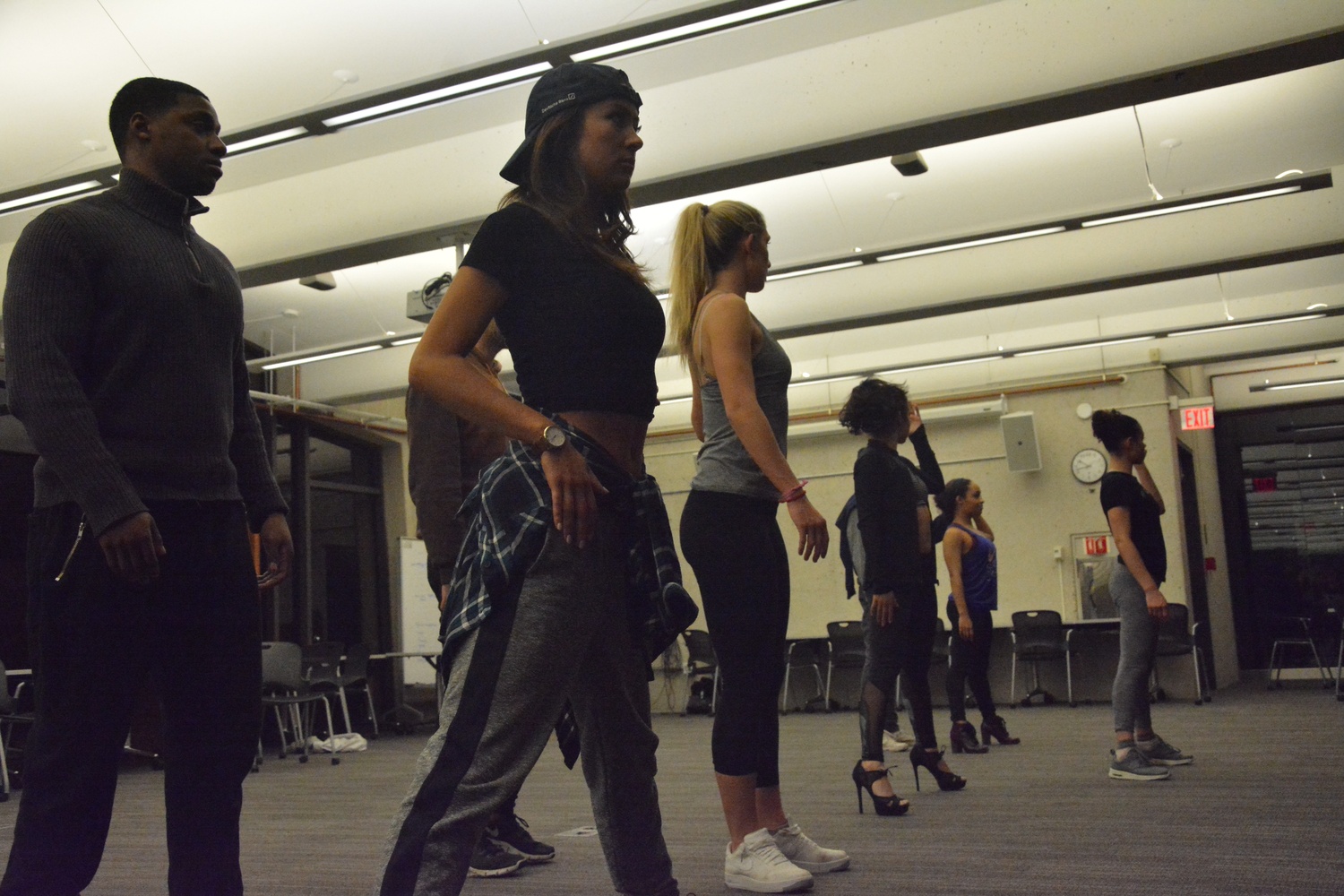 Popular on-campus fashion shows Eleganza and Identities co-hosted a town hall event on Thursday to discuss ways to make their events more diverse and inclusive, including casting a representative array of models and accommodating models who are uncomfortable with revealing clothing.

Last semester, Eleganza’s model selection process came under scrutiny because a casting call for models included the phrase, “Ladies, bring your heels!” Critics of the casting call said they thought it constricted potential models to conform to traditional notions of gender. Afterwards, Eleganza Publicity Co-Chair Simone E.A. Abegunrin ’18 worked with students to rephrase the statement to be more gender-inclusive.

At the town hall in the Winthrop Junior Common Room, Eleganza board members recounted the controversy, and brainstormed other ideas to make the show—which occurs during Visitas weekend and is attended by hundreds—a more inclusive and comfortable environment.

Minahil A. Khan ’18, Eleganza’s Diversity Chair, said the show’s staff hopes to allow all students to participate, even though the fashion world tends to be exclusive.

“We know that a lot of the narratives surrounding shows like Identities and Eleganza are about the glamour and the kind of fun of it,” Khan said. “Not everyone ends up feeling included and not everyone feels represented.”

Abegunrin said she was pleased to see Eleganza’s recent shift to “merit-based” casting, which aims to include talented models who might not otherwise be represented in the fashion industry.

“I saw physical body diversity where people who wouldn’t have been casted in the real fashion world, but were excellent dancers, were featured prominently and some of them were even the main dancers in the show,” she said. “It seems like they are actively casting people who seem like they can do the work.”

Aside from casting methods, Eleganza and Identities members discussed methods to ensure models are comfortable in photoshoots. Abegunrin said she would give models more alternatives to avoid uncomfortable situations in the future, adding she would “work with them” to discuss other ways to express themselves through clothing.

“Right now, we are considering how to formulate our ticket strategy, so hearing feedback about...how to make ticketing more accessible and more inclusive is something that's so pertinent to the current things we are talking about as an organization,” Eleganza Executive Producer Lydia Tahraoui ’19 said.

Previously, Eleganza offered “VIP tickets” to final clubs, although students said Thursday that the system has been discontinued.

Tyler J. Frances ’18, a Co-Creative Director and Executive Producer of Identities, said he hopes both groups continue to work together to address issues of diversity.

“I think that having more open cross-communication between the two organizations could really benefit both groups...I think that really gives us more insight into what works with Identities, not just what it’s like to work as Identities,” Frances said.

Khan added that both shows hope to co-host town halls with affinity and BGLTQ student groups in the future.