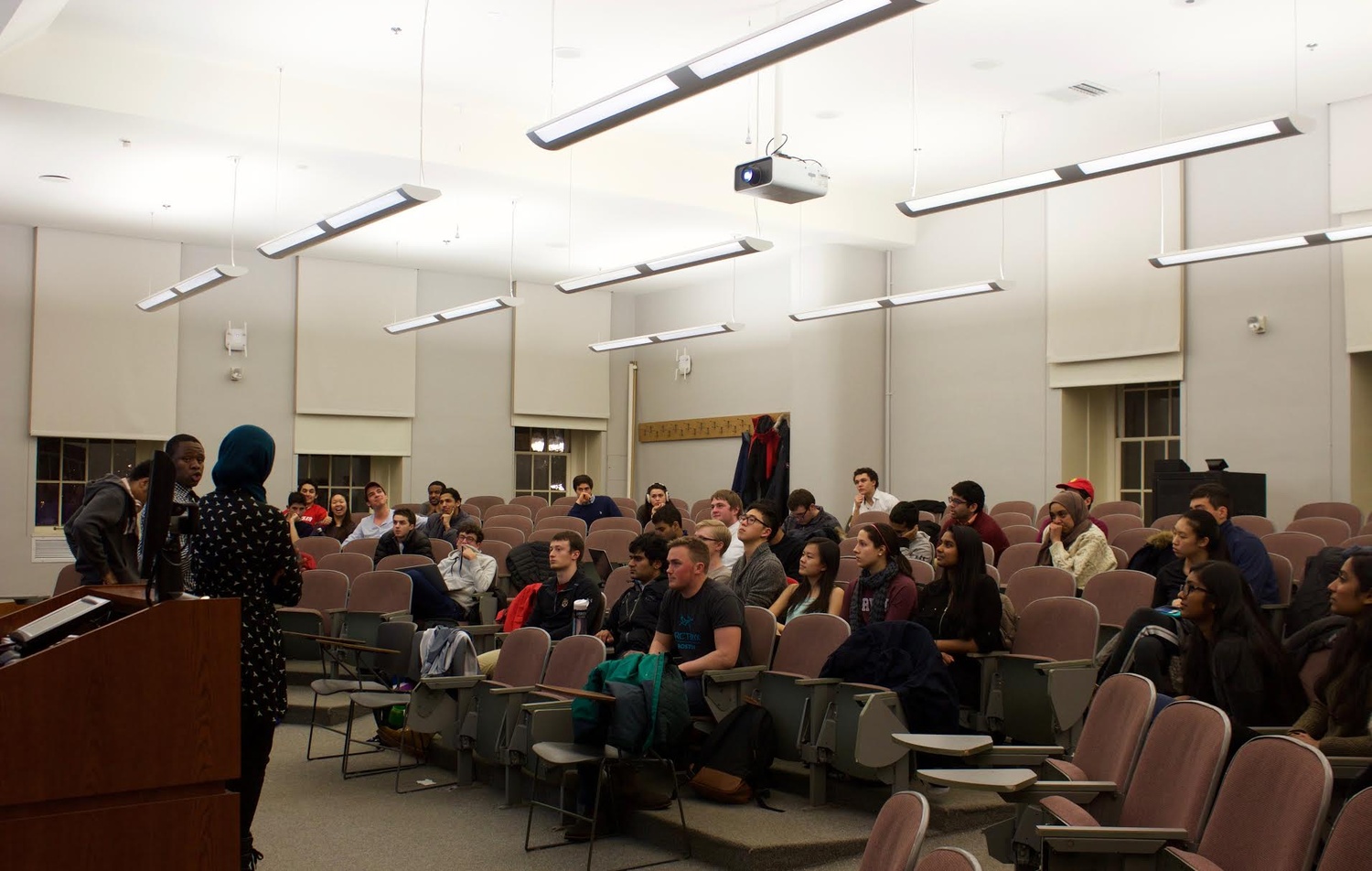 Members of the Undergraduate Council listen on as Yousra Neberai ’18 (right), Victor C. Agbafe ’19 (center), and Nicholas Whittaker ’19 (left) announce the formation of an identity coalition to advise the UC on matters concerning “underrepresented minorities and marginalized communities.” By Aridenne A. Dews
By Andrew J. Zucker, Crimson Staff Writer

Undergraduate Council representatives and Harvard Foundation interns discussed the UC’s plan to create a Q guide for comps at the first meeting of a partnership between the two organizations, according to UC President Yasmin Z. Sachee ’18.

Sachee said the UC's and Foundation’s collaboration, dubbed an “identity coalition,” discussed the Q guide proposal because she thought undergraduates on the Harvard Foundation would “have had experience” in the comp process.

“Making a list of which comps are the hardest, would that make things more exclusive rather than inclusive? There was some fruitful discussion about how that would be implemented and what that would look like and what the effects might be,” he said.

The coalition brings together more than 90 groups associated with the Harvard Foundation. While these groups elect to send a representative to the meeting, students who are not part of an affinity group can still speak at the meeting, according to Sachee.

“I think the Harvard Foundation is a brilliant organization to be partnered with in discussing issues of culture, race, and diversity at Harvard,” Sachee said.

“The monthly meetings are going to be places where we will basically force ourselves to listen to multicultural groups and identity groups and receive their information and give them a chance to speak up specifically on Undergraduate Council legislation,” he said.

Sachee said she intends to discuss freshmen “bridge programs”—a way for first-year minority students to connect during Opening Days—at the next meeting.