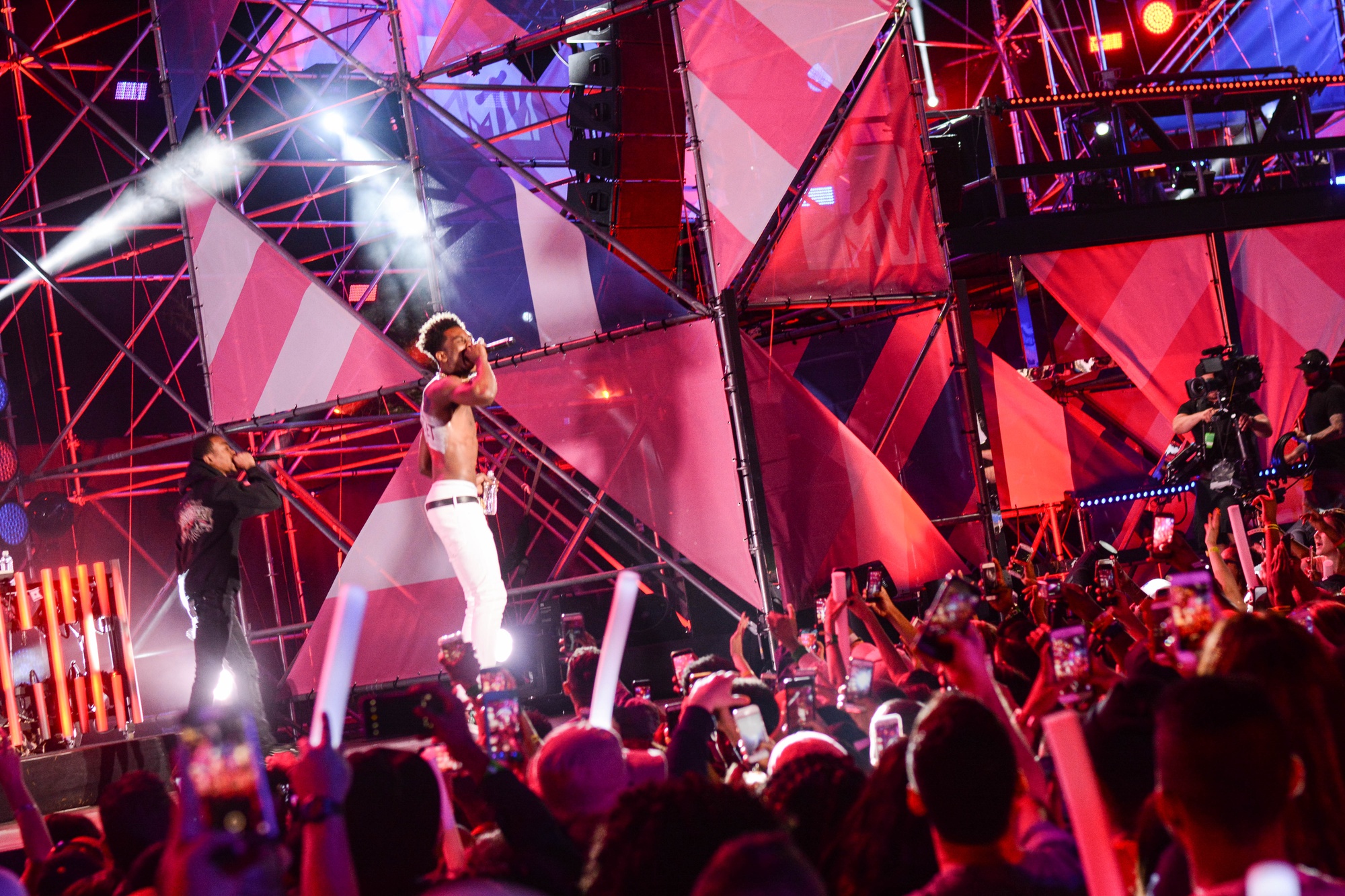 Crimson photographers captured some of the highlights of South by Southwest, which took place March 10-19, 2017. South by Southwest, colloquially abbreviated as SXSW, is an annual conference that takes place in Austin, Texas. Thousands of people gather in the city known around the country for its live music, Tex-Mex food, and quirkiness to participate in the conference's events.

This includes a music festival with over 2000 acts performing in clubs, bars, and other venues throughout the city; a film festival highlighting everything from student films to world premieres of big budget movies; and panels featuring industry professionals from technology startups to video gamers. 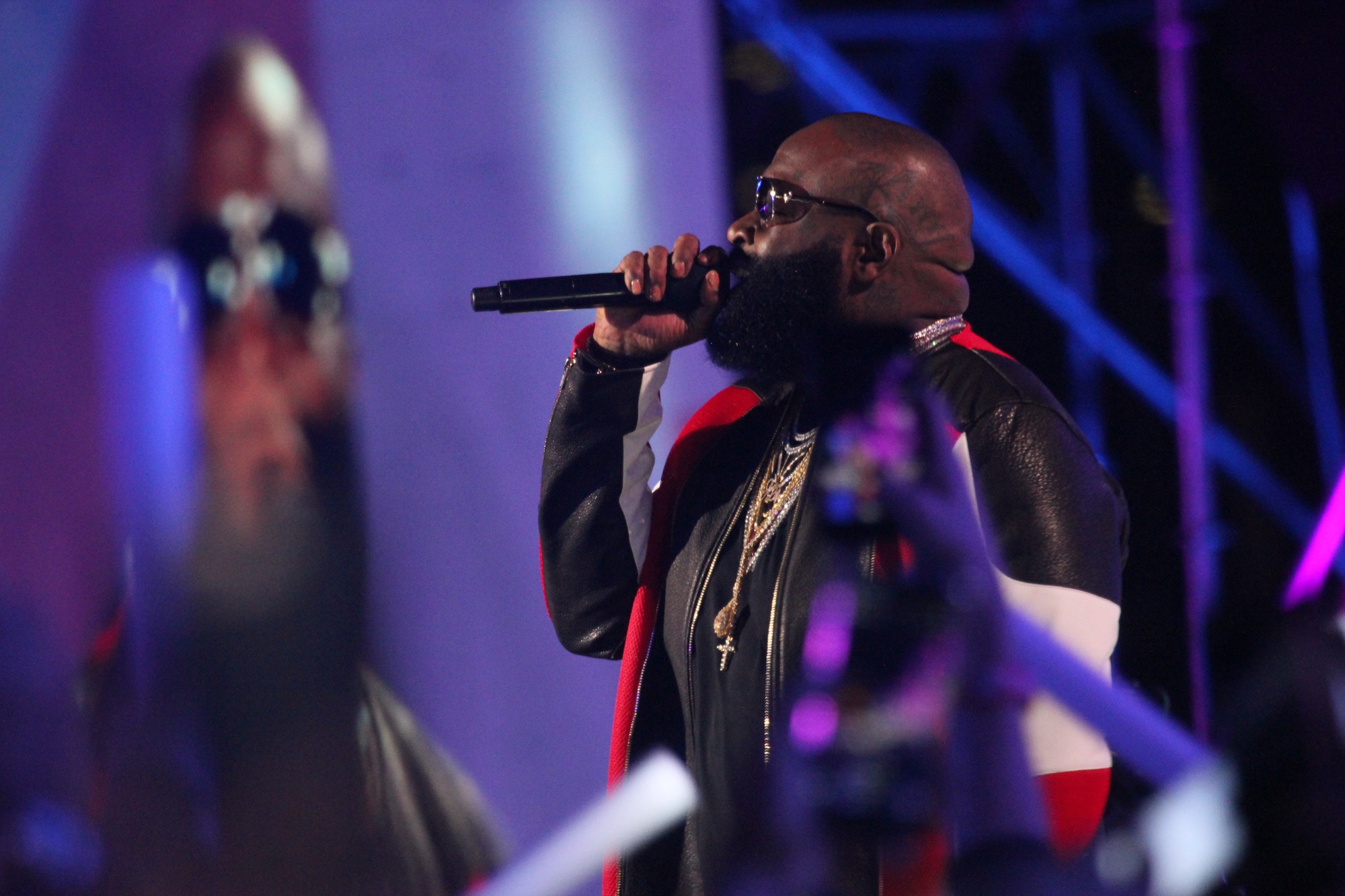 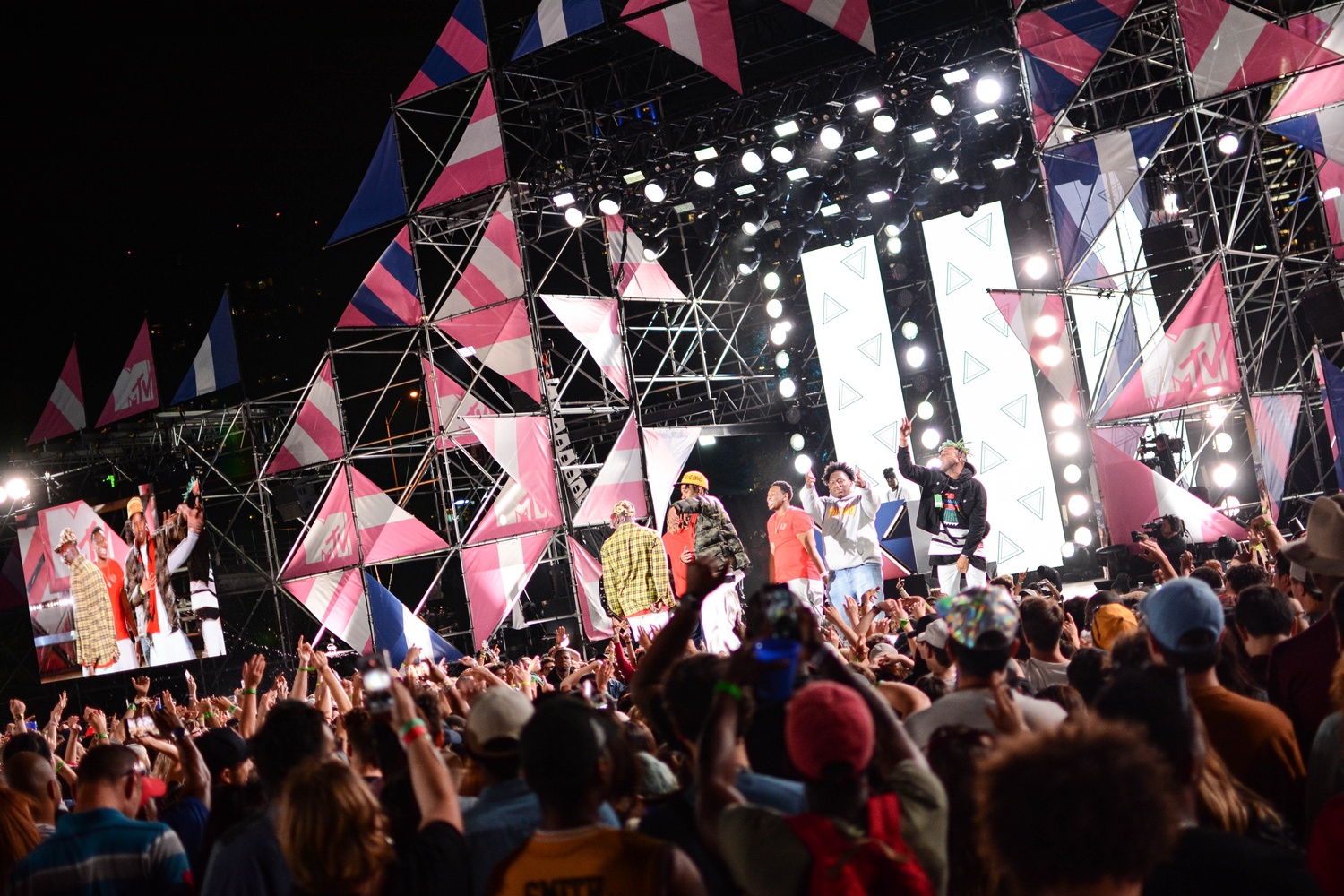 Lil Yachty, who features in "Broccoli" alongside D.R.A.M, performs with his crew. 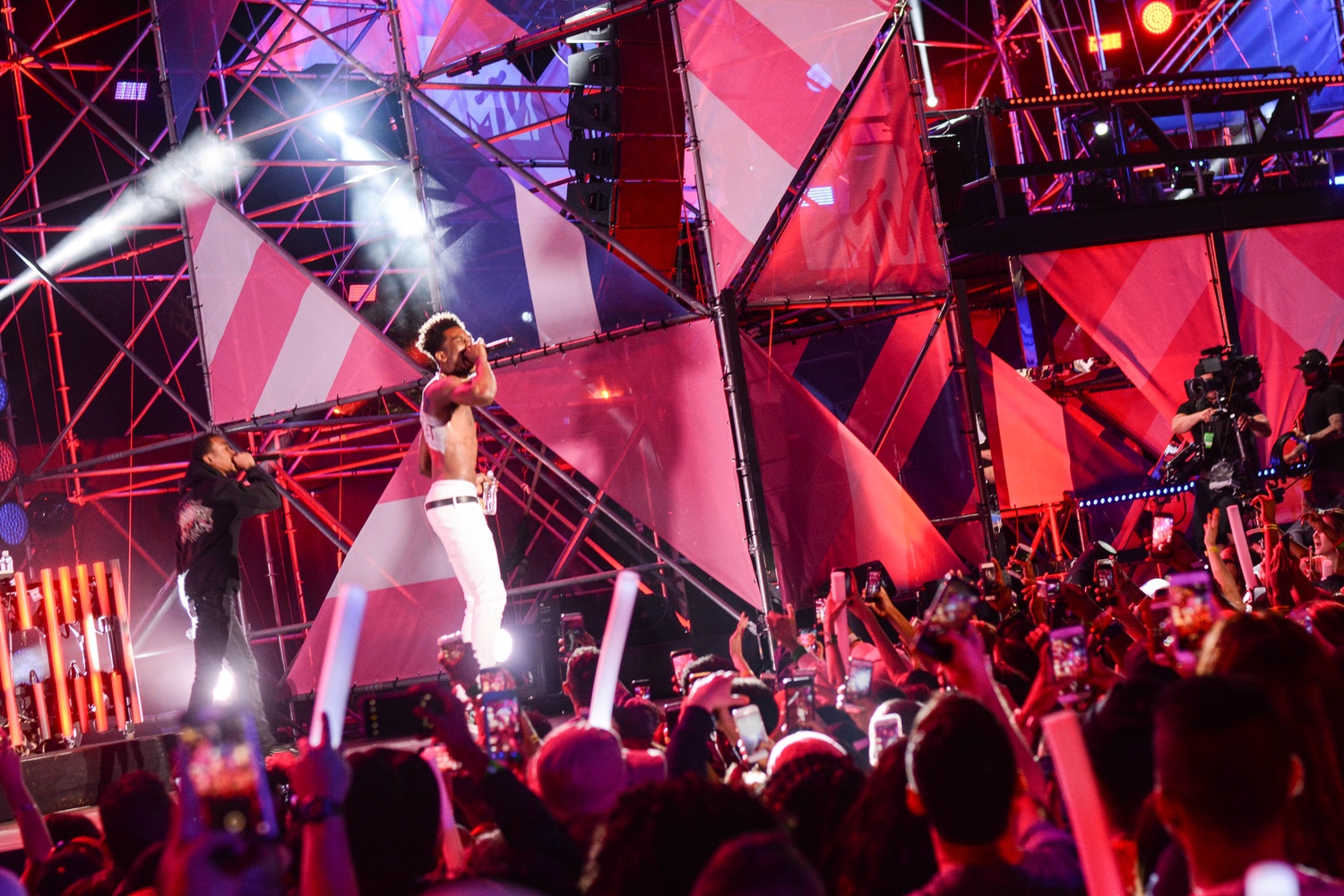 Desiigner, of "Panda" fame, fires up an ecstatic crowd with his newest single. 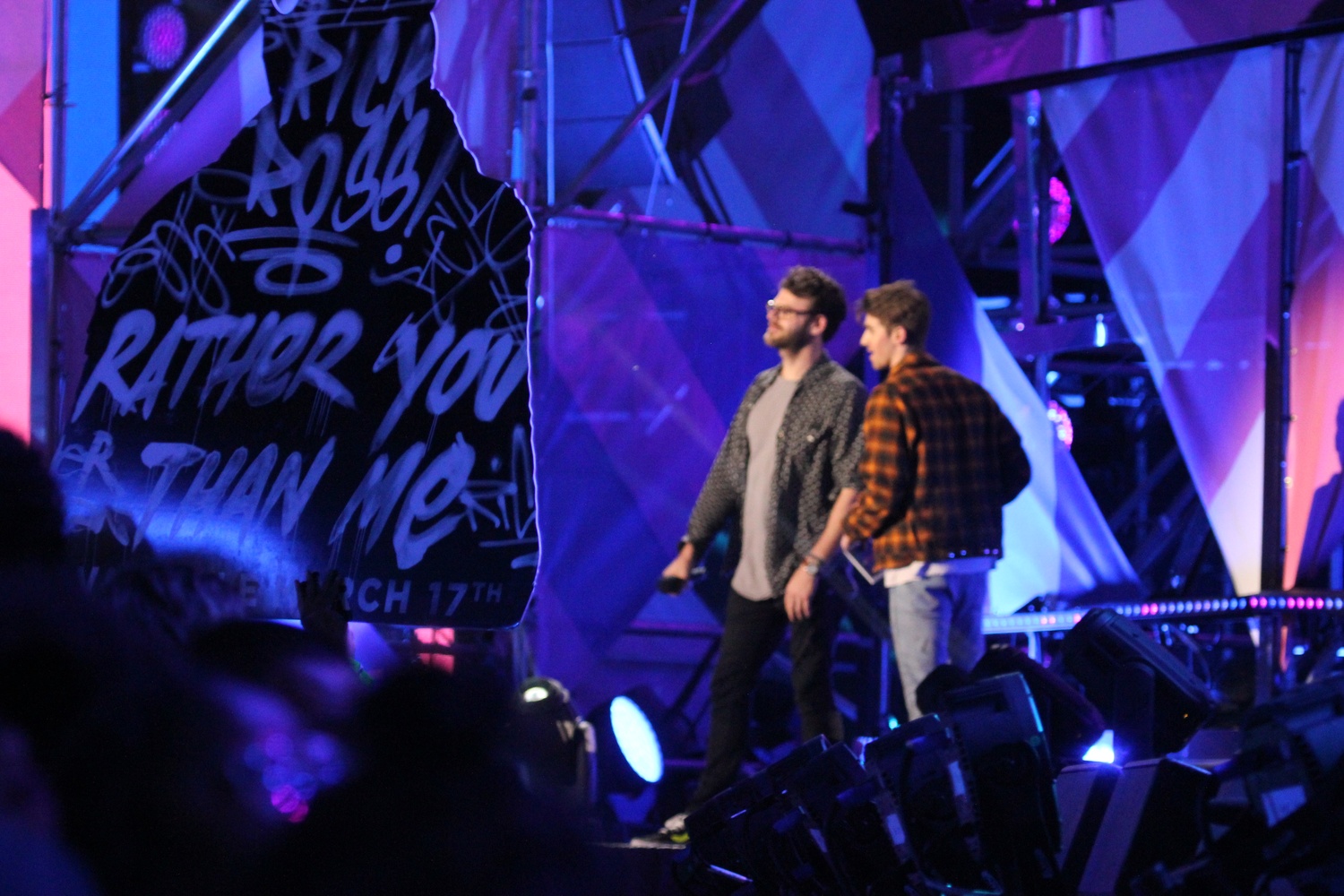 The Chainsmokers, in the background of a Rick Ross sign, on stage to accept their "Woodie of the Year" award. They performed separately at Apple Music the night before, and at a Sony-affiliated venue the same night. 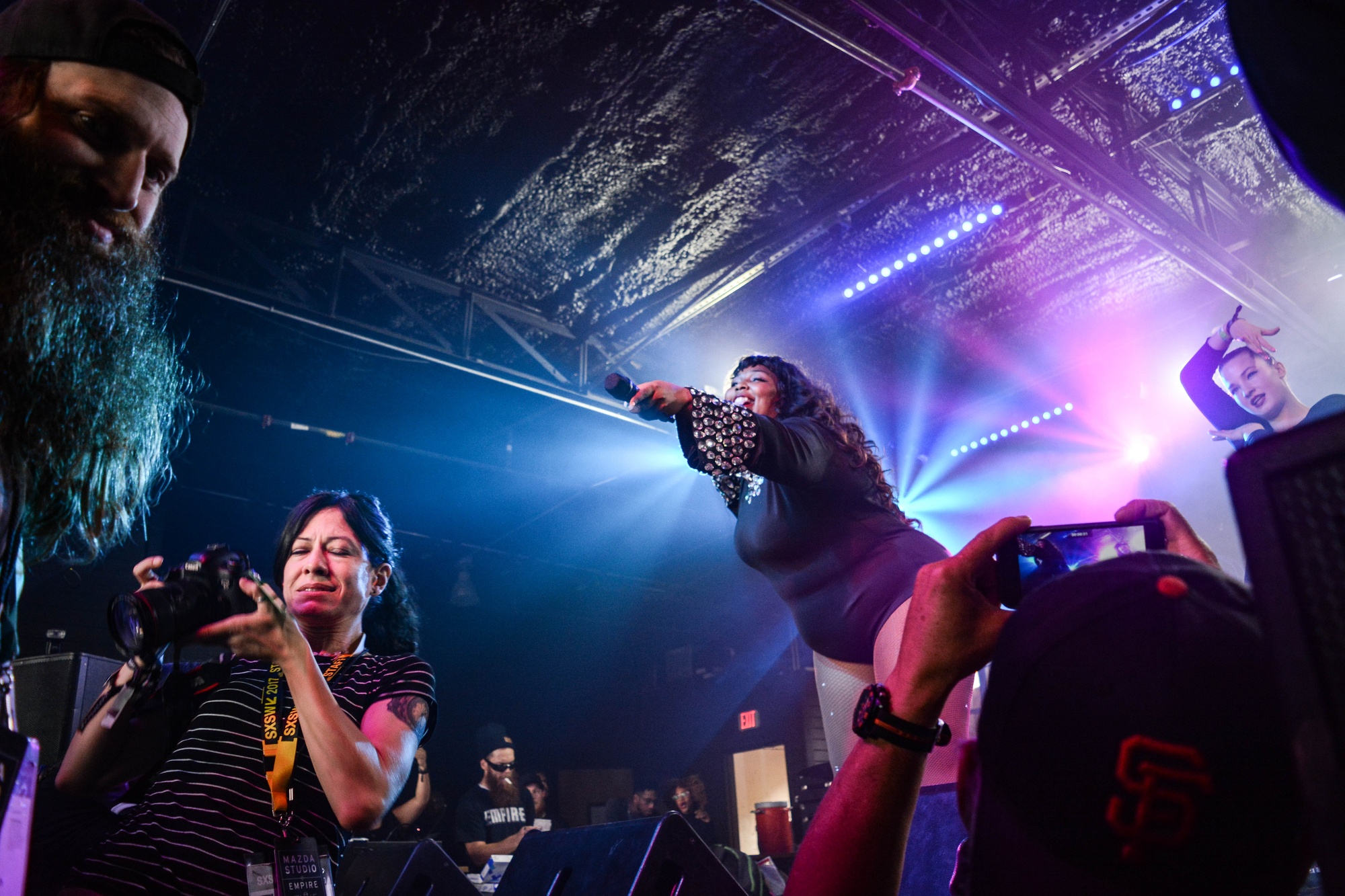 Lizzo performs at the Mazda Studio. Performers at SXSW cover a wide variety of experience levels; some are big-name artists and others are up-and-coming. Many of them make a splash at lineups curated by company-sponsored venues, featuring names like "Pandora House" or "Apple Music Space". 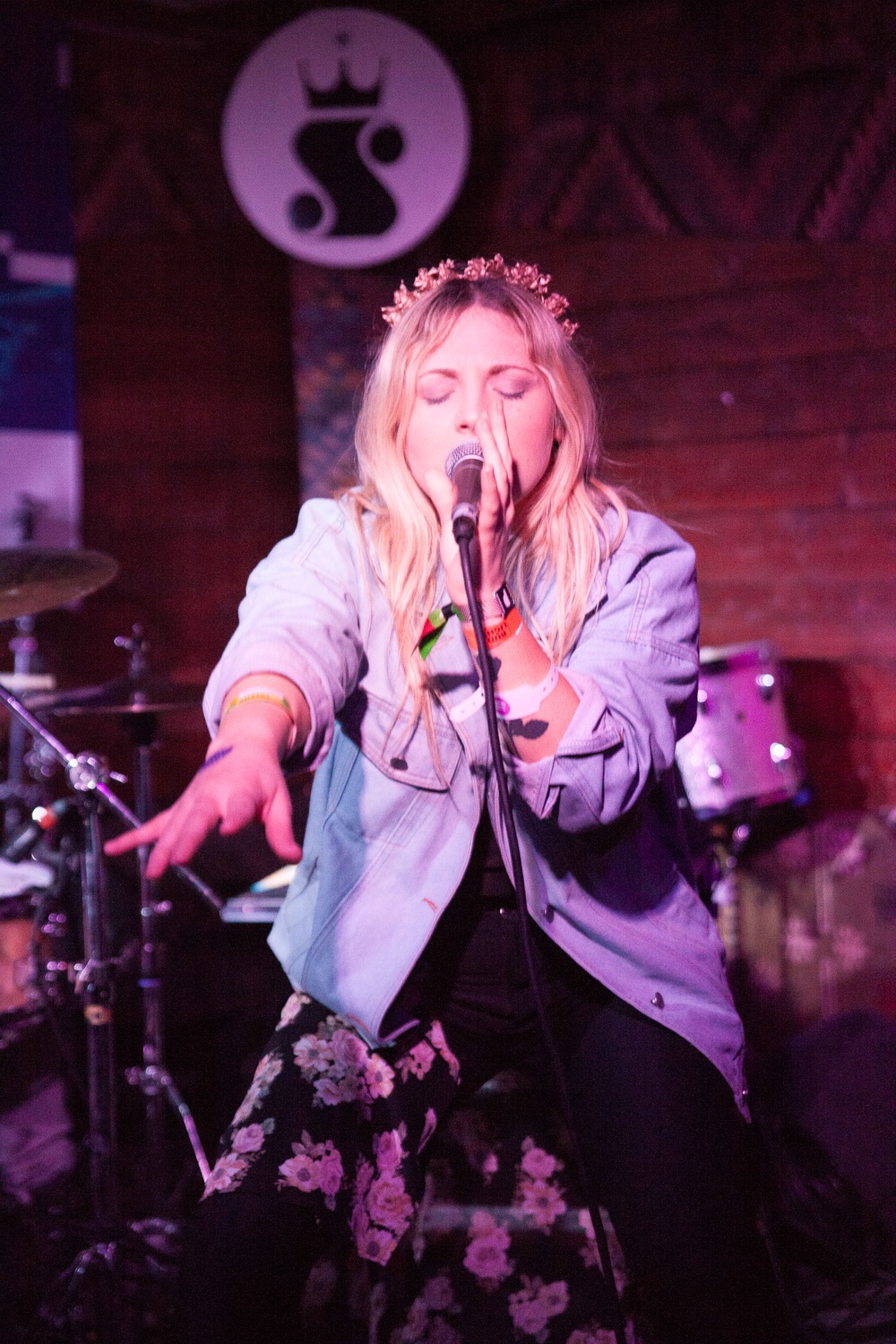 Speaking of Chainsmokers, ROZES performs at SXSW at The Sidewinder Inside on Thursday night. ROZES, stage name for Elizabeth Mencel, saw her music career take off in 2015 with the release of her song "Roses" with The Chainsmokers. 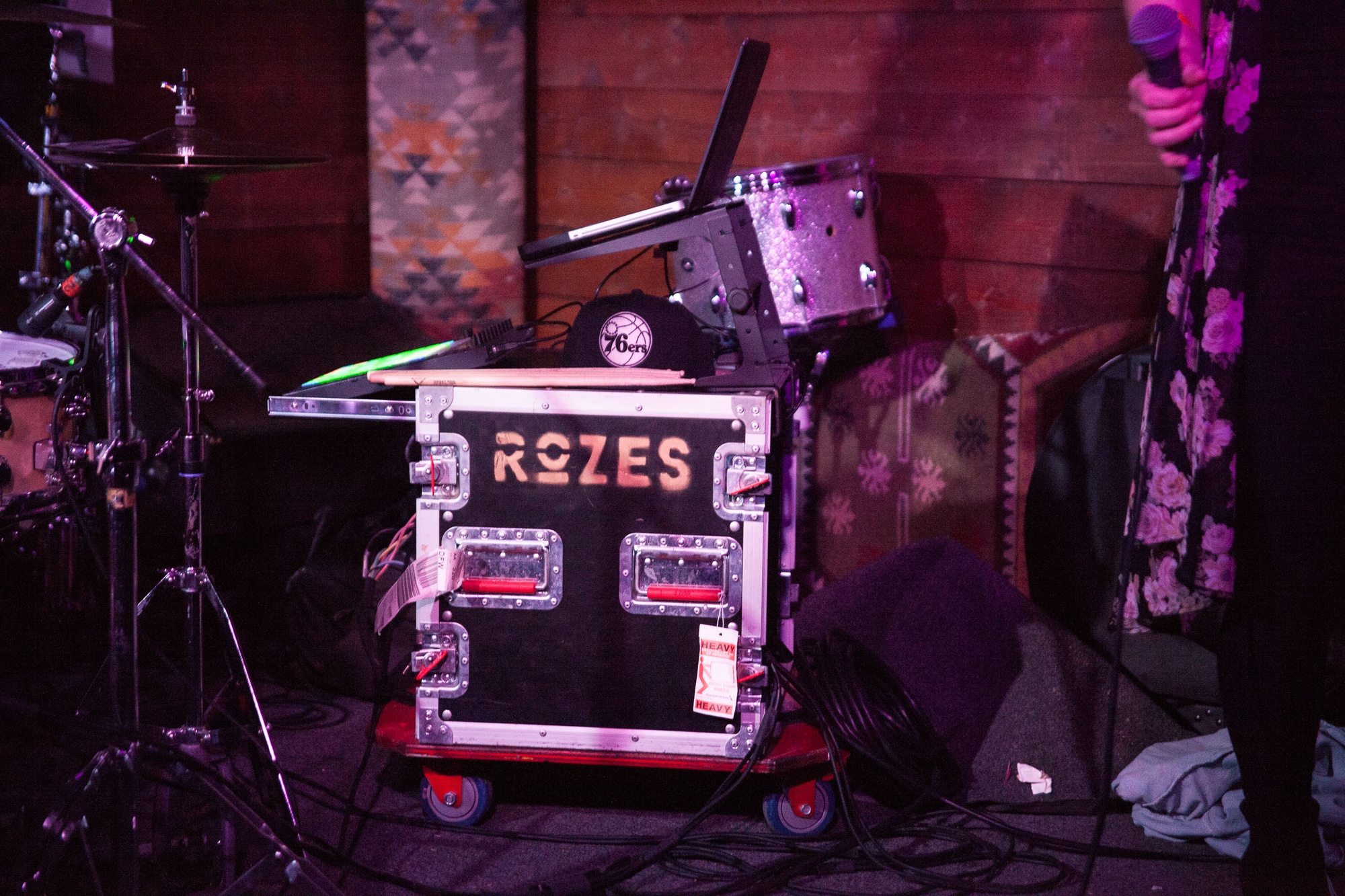 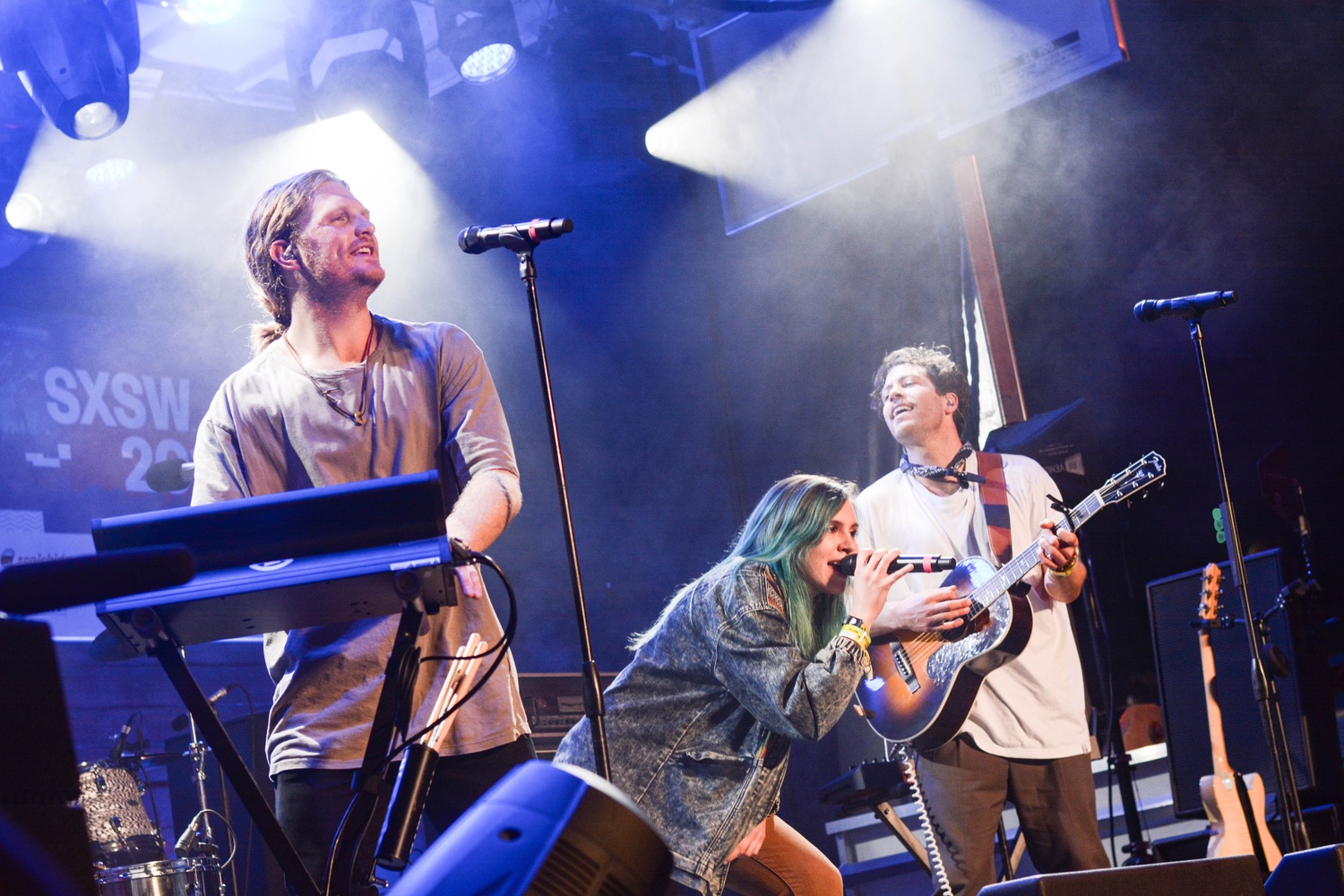 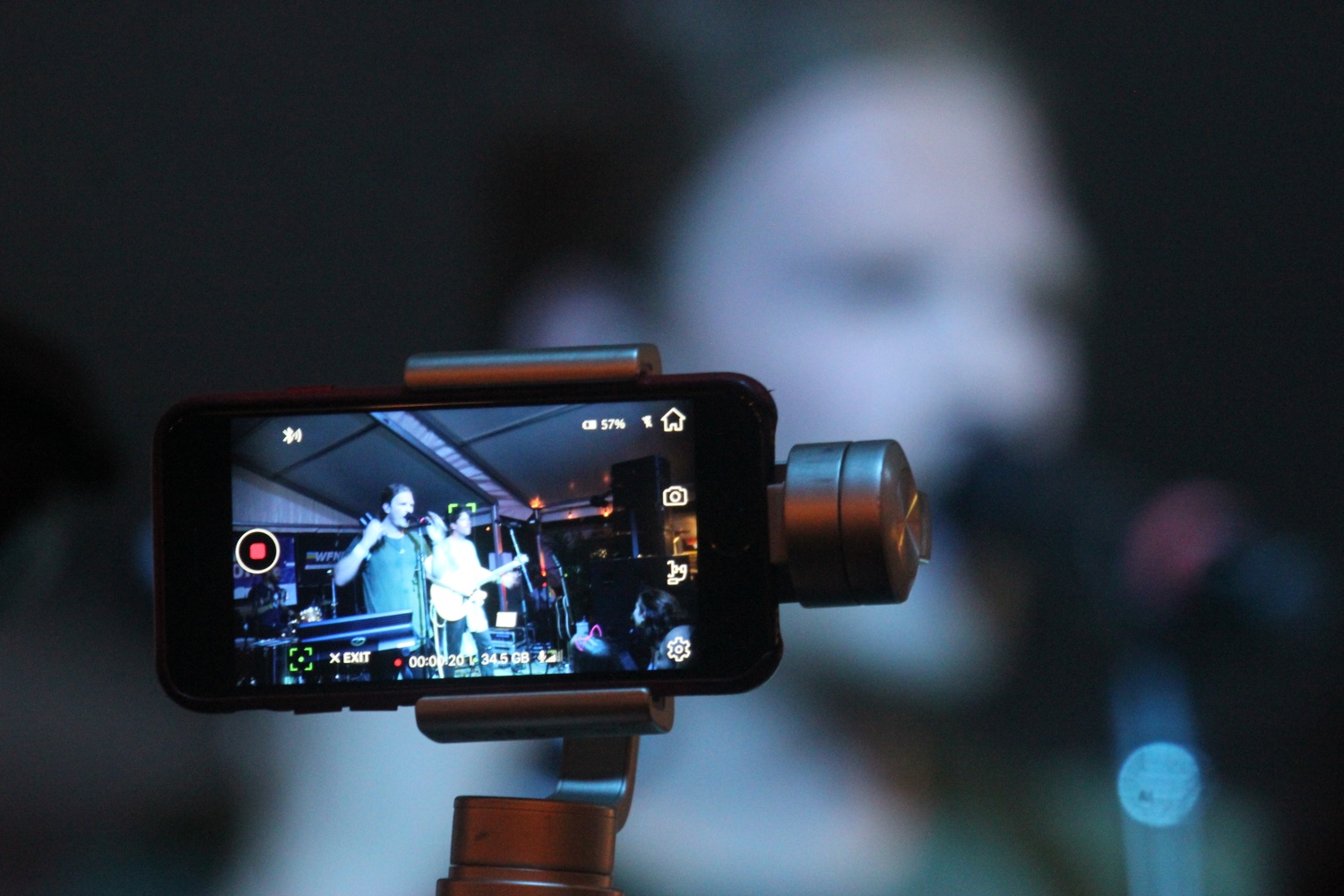 An audience member records video during FRENSHIP's show at The Bungalow during SXSW. According to the SXSW marketing web page, 72,000 registrants and artists attend the festival. 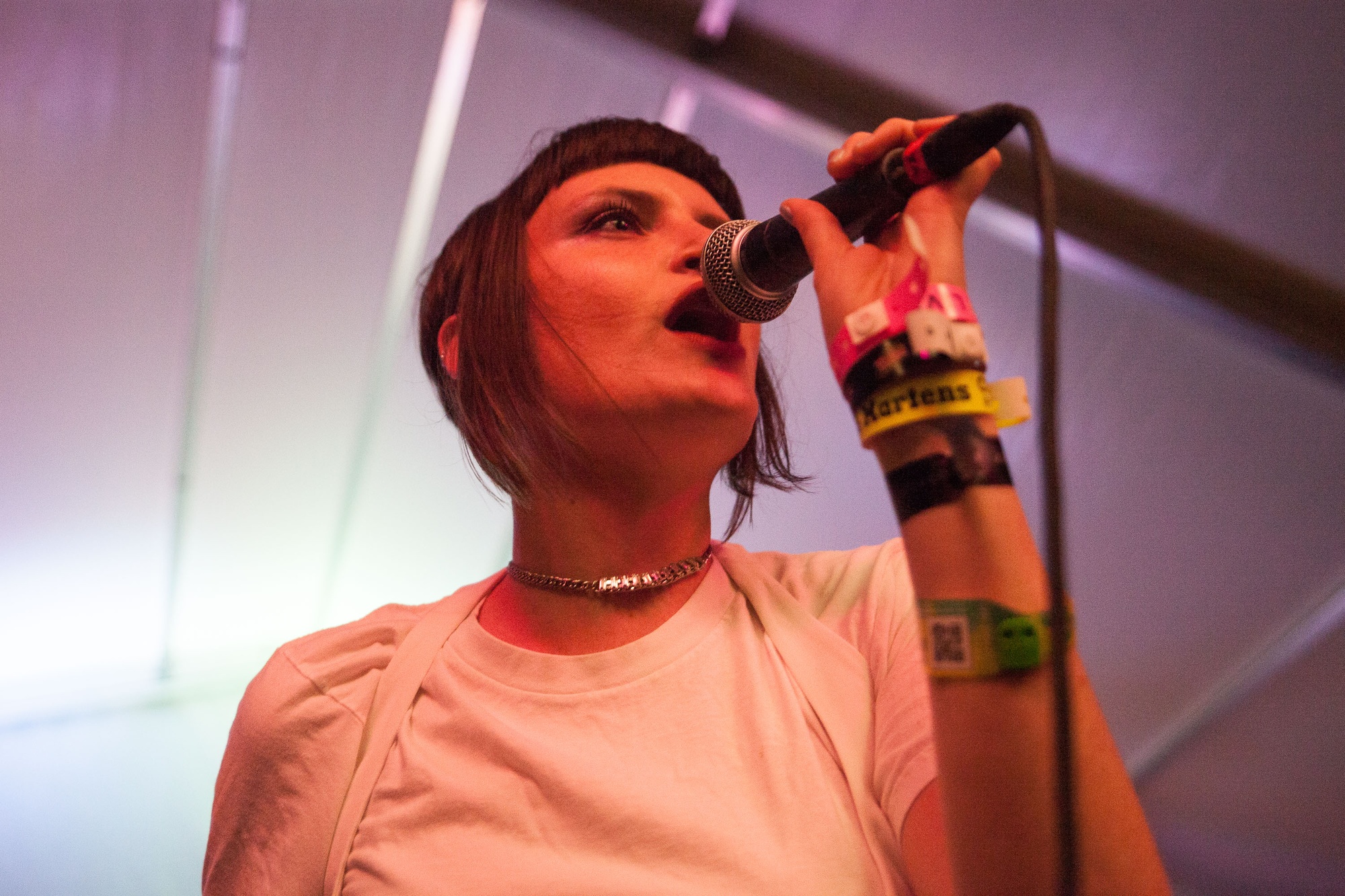 MUNA performed at Bar 96 on Friday night. MUNA is one of the up-and-coming music groups featured at SXSW, with a little over 10,000 followers on each of their social media sites. 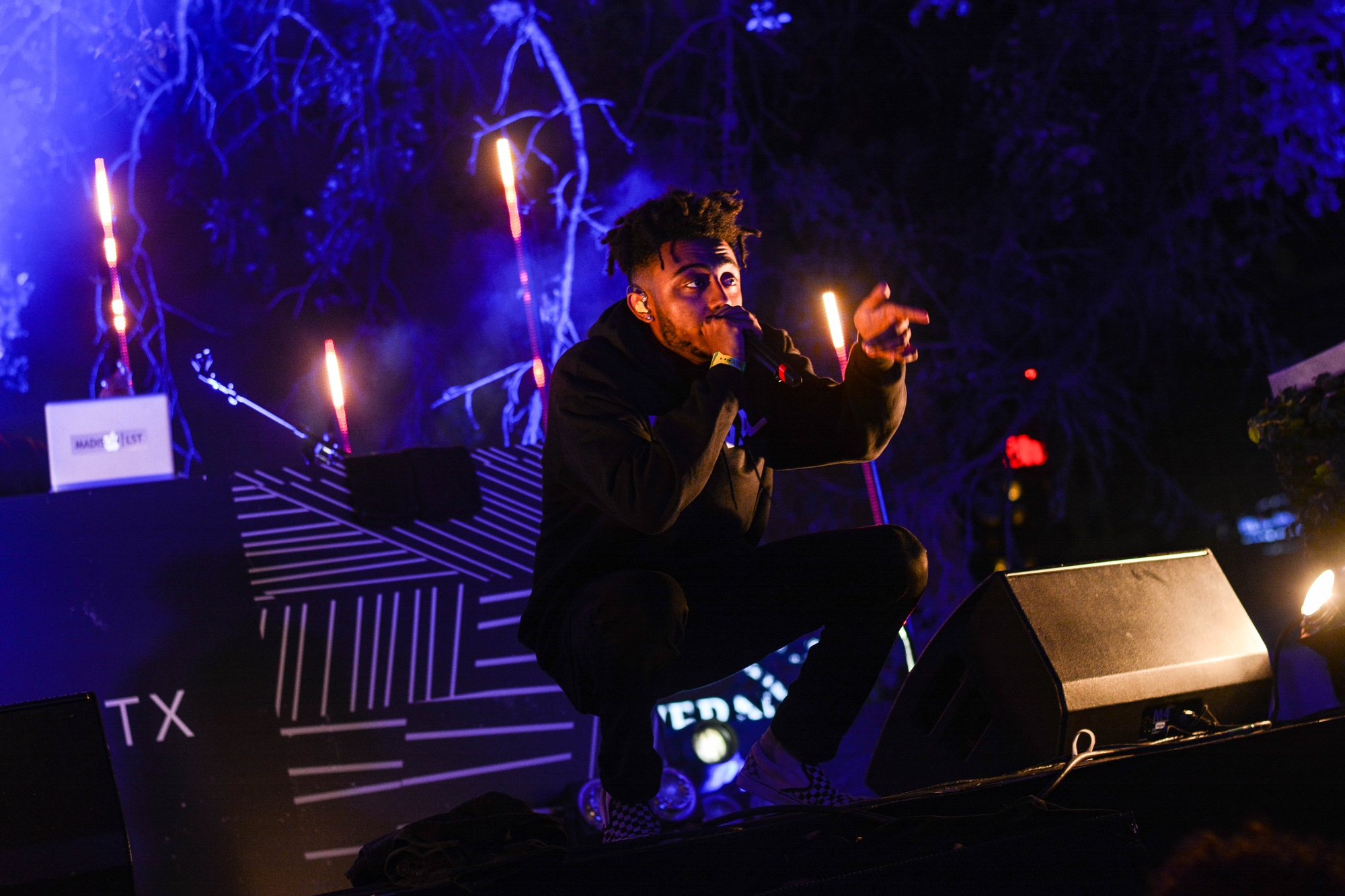 Aminé performs at Vevo House on Wednesday night. The rapper of "Caroline" features an impressive range in his live performance, and more material is set to drop in the coming months. 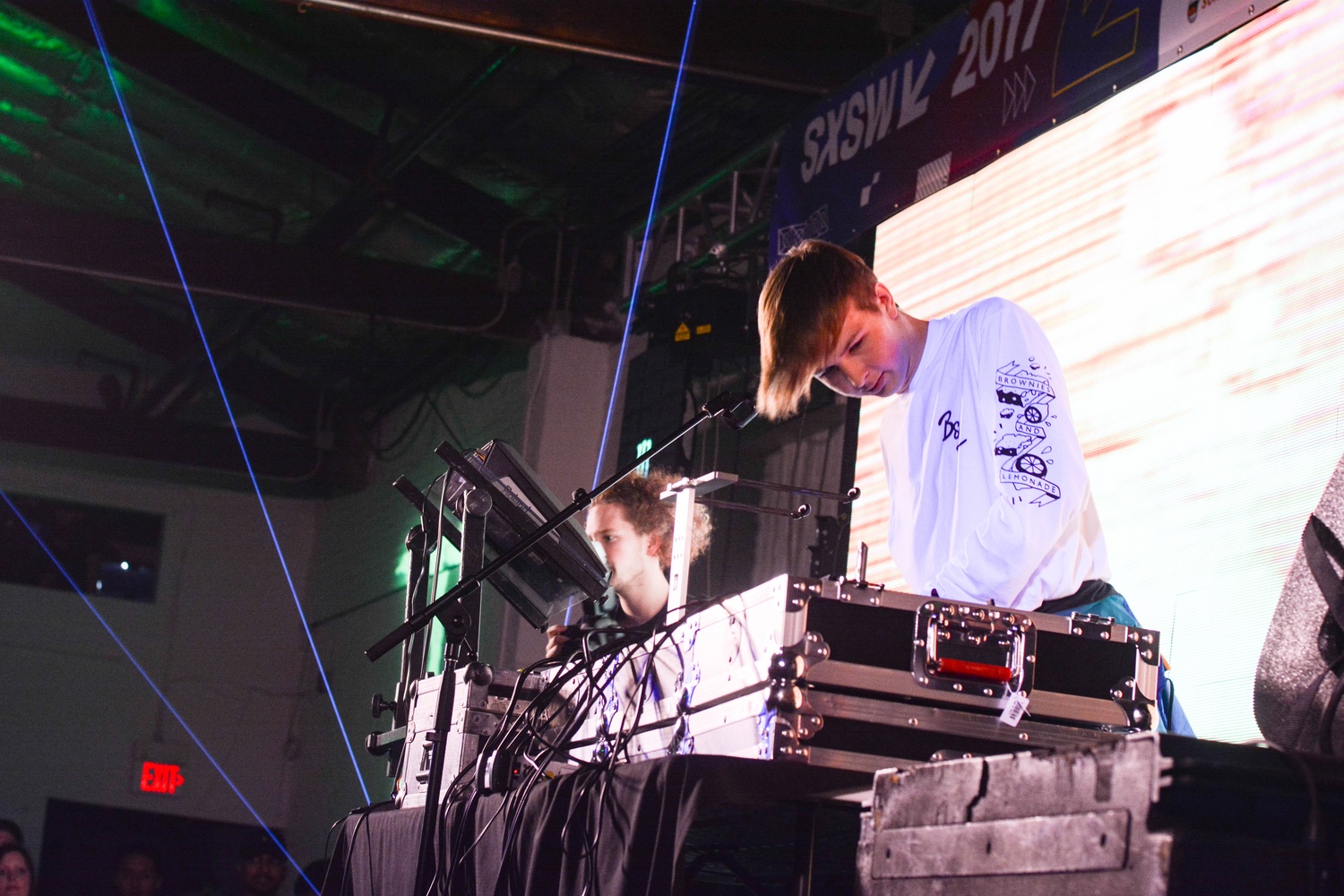 From the photographer: From his remix of Yale-based band Opia to his original tracks, Whethan is probably one of the most anticipated up-and-coming artists that I’ve been following up till SXSW. His production range is particularly promising: centered more or less around trappy, pulsating beats, it spans from the light, melodic Can’t Hide to the heavier remix of Mssingno’s XE3. At the young age of 17, he will be touring with The Chainsmokers in the upcoming months. It’s anyone’s guess whether he will end up sounding more like Louis the Child or Adventure Club. 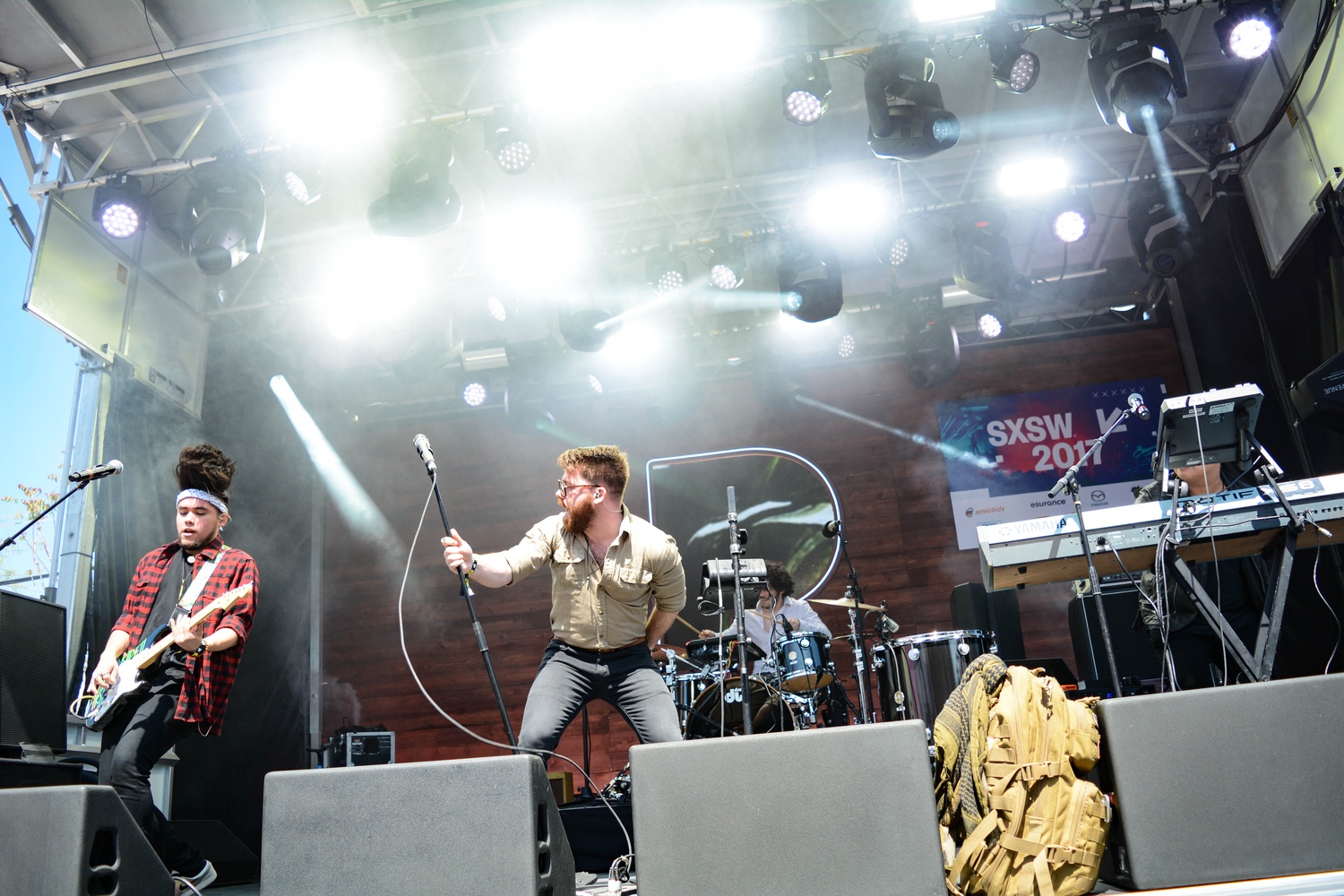 A R I Z O N A performs at Pandora House.

From the photographer: For all the electro-pop vibes that show through in tracks like Cross My Mind or Oceans Away, the live version of A R I Z O N A sounded surprisingly real. (The same could arguably be said for FRENSHIP.) I found the stage presence of the entire crew particularly satisfying for a first-time SXSW band. As for the music, it was more than enough to justify their opening spot for Pandora House on Monday: smooth synths roll on in the background, while voices emerge when they are called for. 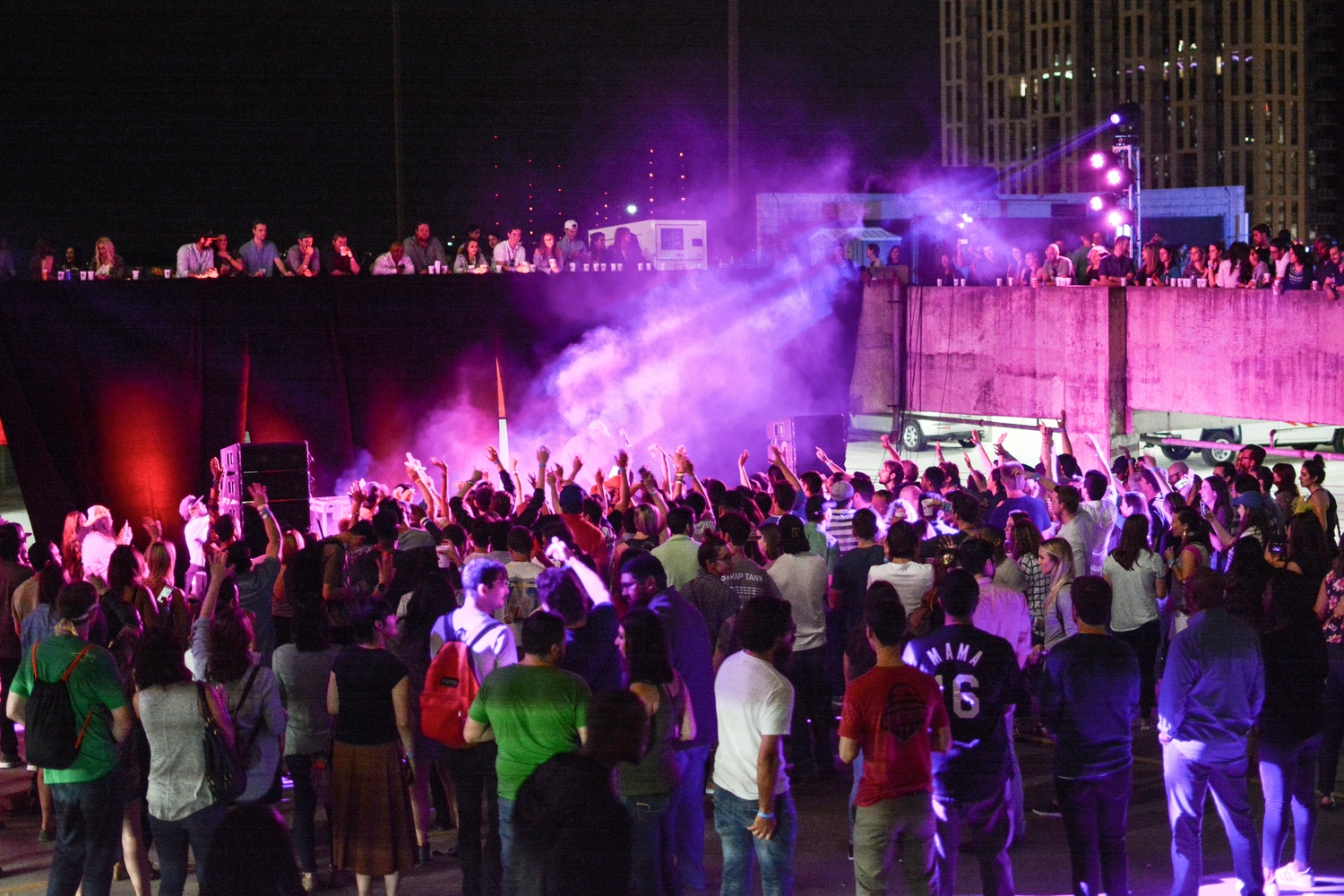 A crowd envelops a Pell performance at a rooftop concert hosted by Facebook. 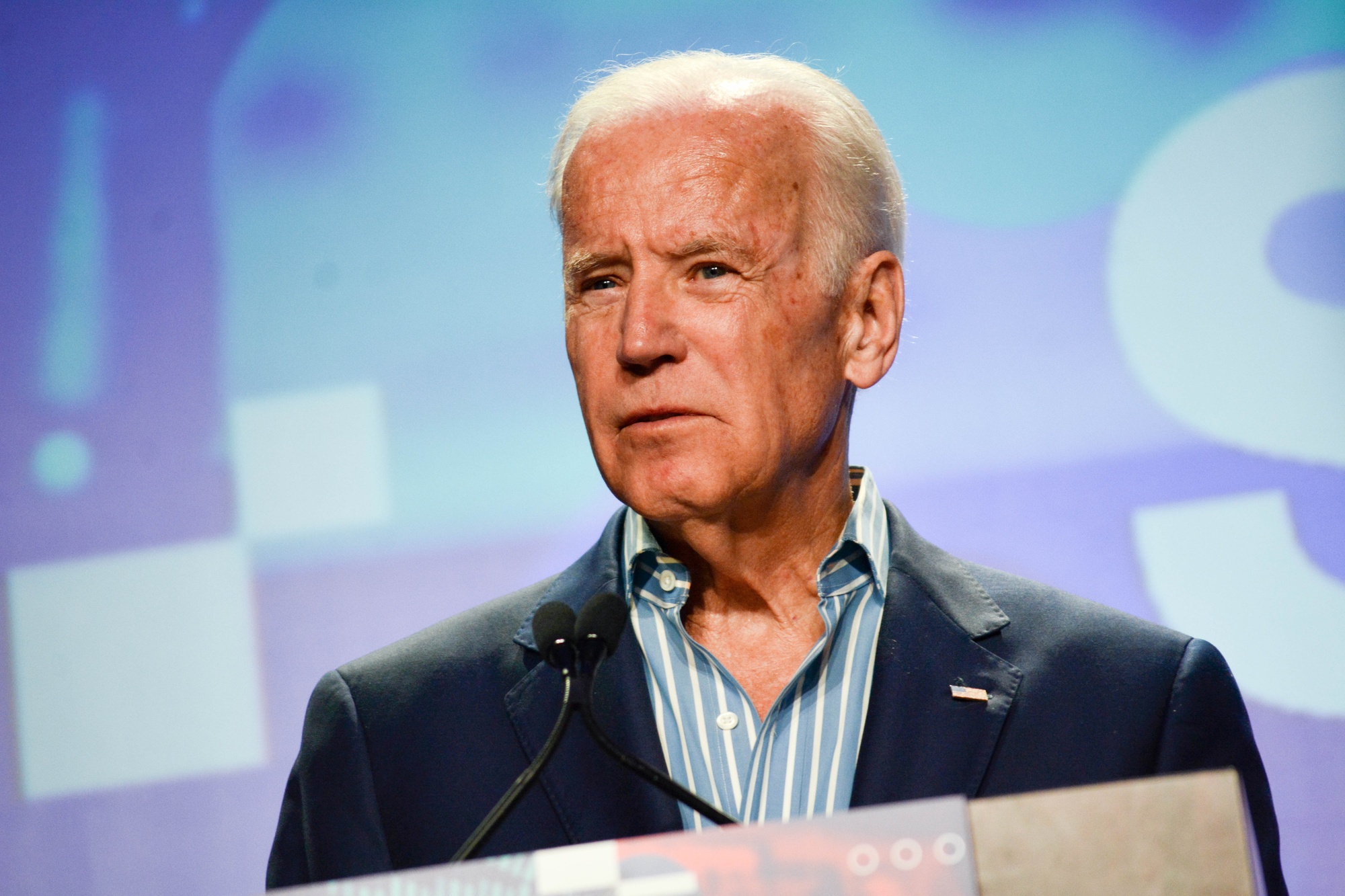 SXSW isn't just for musicians, though. In his first major appearance since his White House days, former Vice President Joe Biden spoke to a crowded SXSW auditorium about his personal initiative to end cancer. His speech comes just a year after then-President Barack Obama made an appearance at 2016's iteration of SXSW.

It was a bittersweet appearance. Biden previously made an appearance at Harvard's Institute of Politics a few years ago, and at SXSW, he is visibly older. He speaks at a slower cadence. The events he's gone through in the past year have taken a toll on him, and the heaviness of it all permeates through the speech. But he’s made a fundamental decision in backing this initiative. He tries to convince the crowd to do the same. 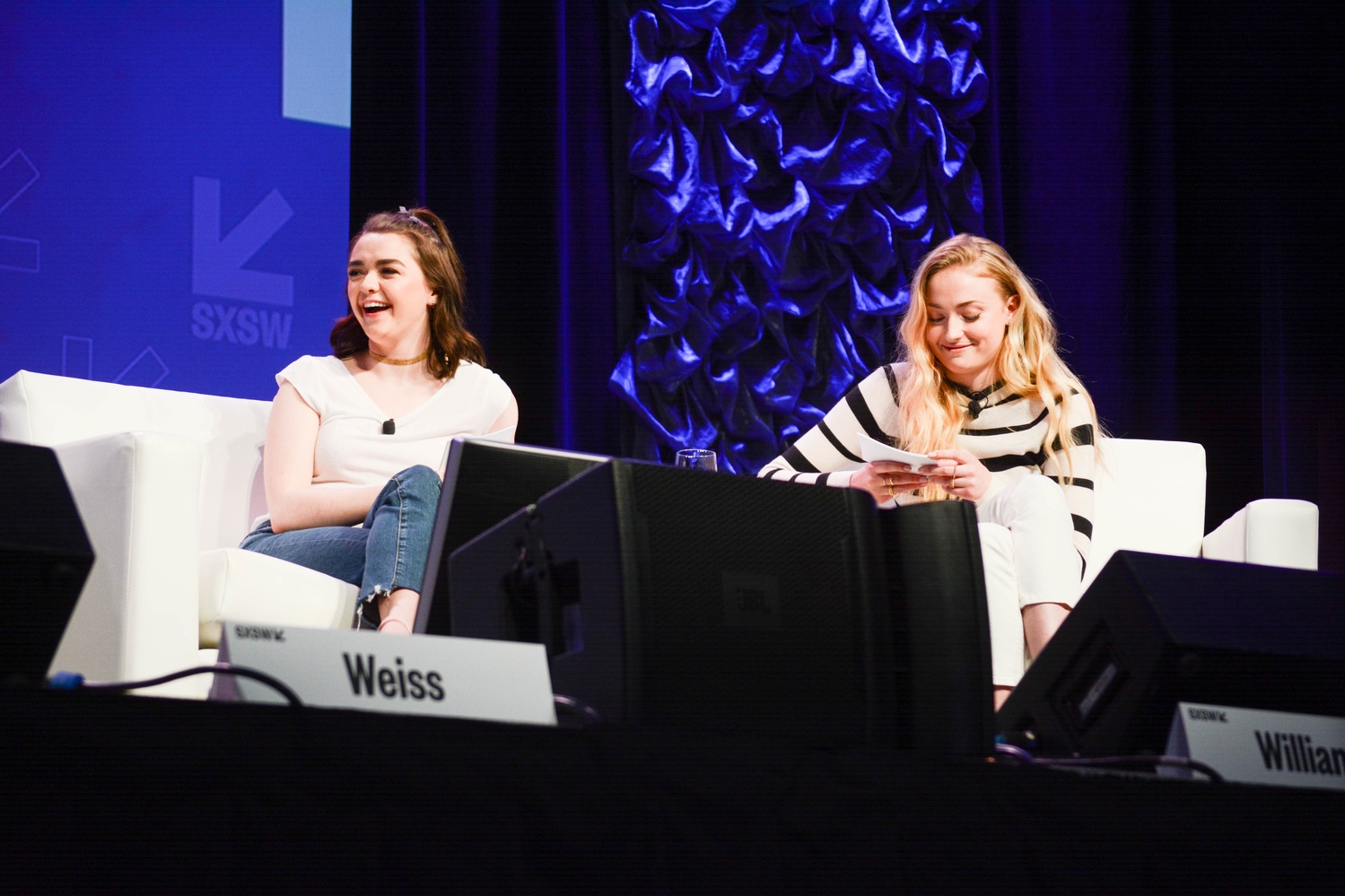 Maisie Williams and Sophie Turner of Game of Thrones takes to the stage in a Q&A session with their directors. A highly-anticipated Season 7 is set to air in July 2017.