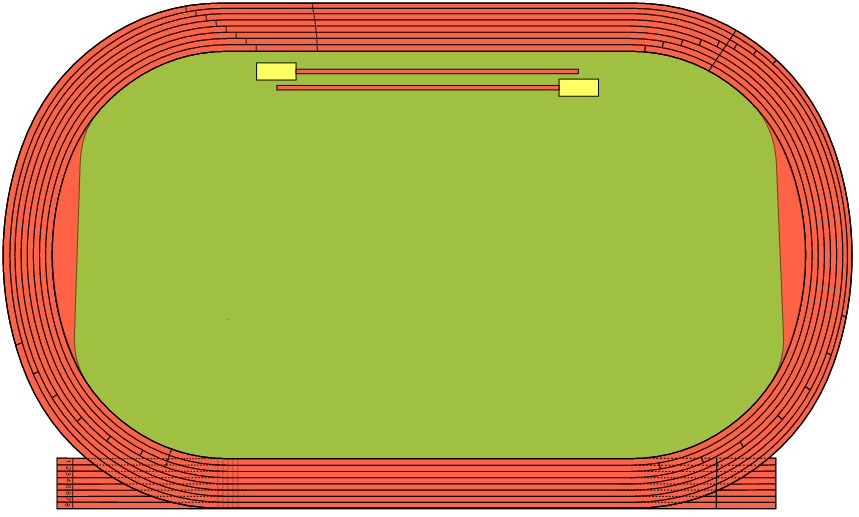 My times slowed slightly and my coach accused me of not running my hardest. I pushed my body harder and my body revolted: I began to get sick before and after races.
By Kathleen A. Cronin

I started calling myself a runner when I broke my first high school track record as a sophomore. I had always been a student athlete, but that kind of success was new to me. As a sprinter, my races were 100 percent in my hands. I had no one to rely on, to push me mid-race, to make my legs move faster. It was all on me, all the time. The wins felt great. The losses were devastating.

When people would question what I enjoyed about running in circles, I would try to come up with a cover for the truth: It felt good to be good at something.

Then, in my junior year of high school, my grandfather passed away. The day after his service, I started to suppress my grief. The indoor track season began, and I returned to a team that lacked older runners, where the role of leader fell to me by default. I felt crushing pressure to succeed.

Every athlete gets nervous—nerves indicate a passion for your sport—but I wasn’t just nervous. I was anxious. I began getting physically ill after my races. My times slowed slightly and my coach accused me of not running my hardest. I pushed my body harder and my body revolted: I began to get sick before and after races.

I broke school records, but I don’t remember any of them. All I can remember are the constant trips to the bathroom between each of my four events (the maximum amount allowed for an individual athlete).

On meet days, I would sit in class, my uniform constricting my breathing under my clothes, and attempt to summon a freak storm. Later in the day, I’d sit on a yellow school bus with my forehead pressed against the seat in front of me, hoping for a fender-bender to stop the bus. I would silently pray for help.

My parents noticed my distress and brought me to multiple specialists to address what appeared to be a purely physical affliction. I removed dairy and gluten from my diet and attempted to push my under-fueled body to new physical limits. I would eat five slices of a Red Delicious apple over the course of an eight-hour meet, knowing it wouldn’t be enough to sustain my body, knowing I’d get sick regardless. When I competed at the Indoor New England Championships that year, I nearly passed out after my race. Our relay team achieved a new personal record.

Junior spring, in what should’ve been my second-to-last outdoor season, the bad got worse: I began getting sick during my races. Even during the 100 meter dash, a single straightaway on the track, a race I would run in 12.3 seconds, my body would fail me. I would run through the finish line, off the track into the bathroom to clean myself up in an embarrassed panic. I was winning races, but that meant nothing compared to the fact that the race was over.

By November of senior year, I was seeing a counselor. She encouraged me to reevaluate my priorities before returning to track for the indoor season. I was stubborn, and returned to the team.

On the first official day of practice, my coach approached me as I agonized over our impending workout. She told me that she had been reading up on my issues and that to regain my confidence, better my times, and to stop getting physically ill, all I had to do was “feel the fear and do it anyway”. She refused to acknowledge my deteriorating mental and physical health unless I was truly unable to compete.

I continued to get sick throughout meets and sometimes even at practices until finally, at the second-to-last meet of the regular season, I had a breakdown in the stands. I felt desperate and powerless. I told my parents I wanted to quit, right then and there.

Prior to that moment, I had never opened up to them about the depth of my turmoil. I thought I was protecting them. They had their own grief, three kids, jobs, sick parents and an extensive list of other stresses. When I cried to them that day I didn’t hold back. I needed someone to tell me it was okay to stop.

I’d known long before this moment that my loss of the control of my bodily functions was the physical manifestation of my emotions, but in that moment, I verbally acknowledged it. I admitted defeat.

I finished the season anyway. When it was over, I called the coaches from the colleges I was still interested in. Each of them was willing to support my decision. My teammates also gave me their blessing. My coaches were less than thrilled, but I took the power back. With an abundance of support from the people who mattered, I chose not to compete in my final outdoor track season.

When I got to college, I introduced myself as a potential walk-on to the track and field team. Athletics were the only familiarity in an abundance of new and confusing experiences, and I frantically tried to reestablish my connection to the structure and pressure of being a student athlete. Then I started to train for track tryouts. The sickness returned during even the lightest workouts.

I no longer identify as a runner. My medals and plaques are in a box under my bed 100 miles away from my college dorm room. When I think about my brief running career, my throat catches. I want to remember everything I have accomplished, but I’m constantly reminded of the obstacles I failed to overcome. Grief and anxiety are familiar now, and I have the tools to keep them on the margins of my day. I still can’t run, though.