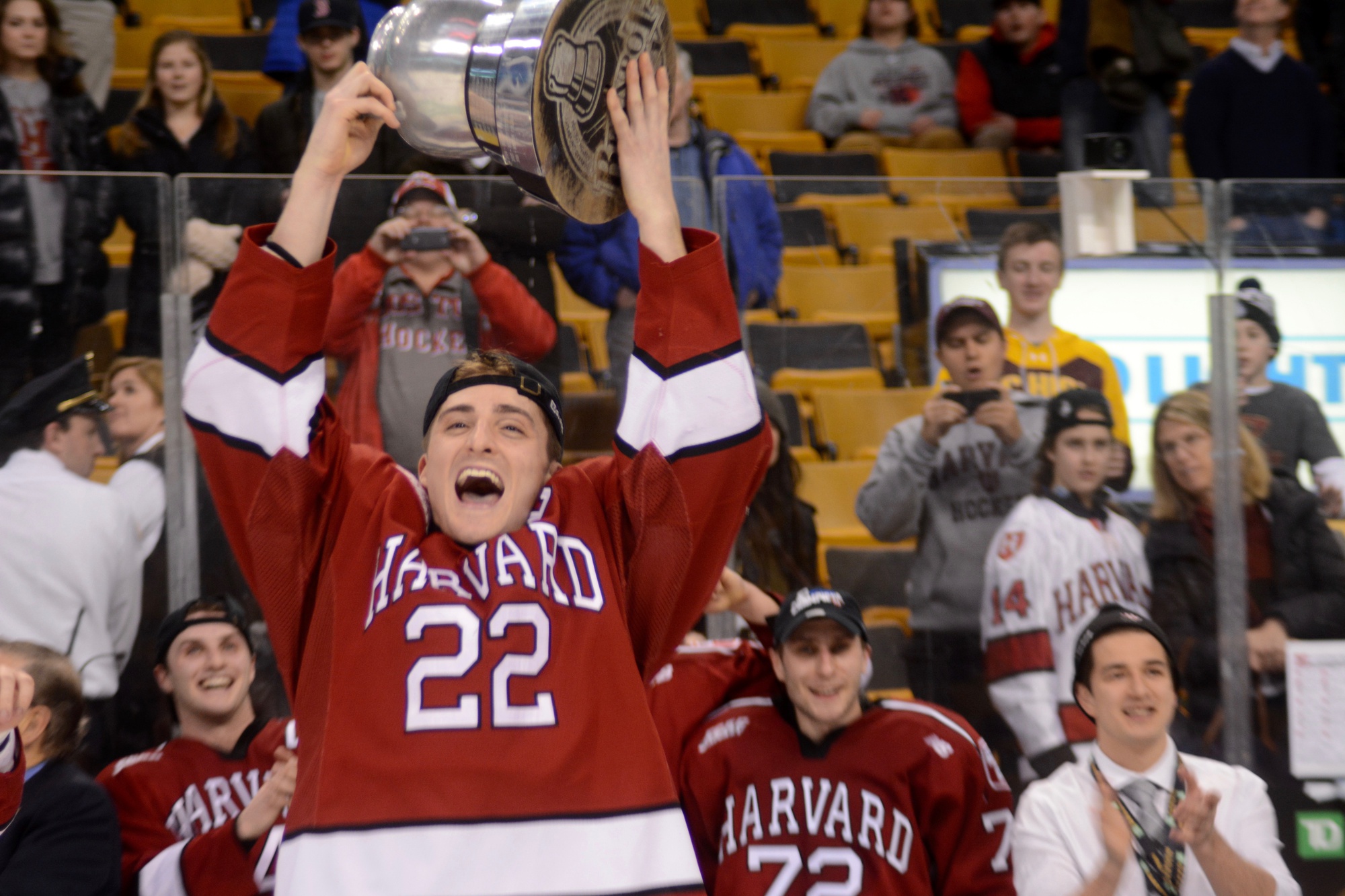 Rain Drop, Drop Top, Reasons to Go to the Beanpot

If you haven’t been to the Boston Beanpot Tournament during your Harvard career, I hope your thesis is fan-freaking-tastic. You have nothing else to show for your time here.
By Kathleen A. Cronin

If you’re reading this, it’s too late. You’ve already missed out on one of the best annual college athletic events of the year. You only get one chance every February to buy a hockey ticket for less than the cost of a salad at Tatte. Depending on your class year, you might be royally screwed (looking at you, class of 2017). If you haven’t been to the Boston Beanpot Tournament during your Harvard career, I hope your thesis is fan-freaking-tastic. You have nothing else to show for your time here.

For the uninitiated: The Beanpot is a 65-year-old hockey tournament between Boston College, Boston University, Northeastern University, and Harvard. Other regions have attempted to replicate the intensity and glory that the Beanpot upholds, but have always come up short. This tournament is such a huge freaking deal that the New York Times recently covered it. The point: People much more important than you care.

Let’s break this down. Each year, only four schools get to participate in this nationally-covered tournament. You, a student at one of these four schools, can get a ticket at a discounted rate of $15, which includes a t-shirt so that our fan base looks fresh AF. People from all across the country fly to Boston to watch the Beanpot and pay at least $42.50 to cheer along side you. But wait, you’re not there. You chose to treat your discounted ticket like toilet paper, wiping your ignorant butt on what other people paid out the ass for. I’m sure the little kids in the stands appreciated the metaphorical middle finger the empty student section gave them.

Bear in mind that this is a college tournament. Northeastern, Boston University and Boston College students all manage to find the three hours necessary to support their respective teams.

Your homework and extracurricular activities are invalid excuses. So turn off Scandal, finish your goddam problem set, and go to Beanpot. If you have a club meeting that day, reschedule it and turn the tournament into a group outing. Sing along with Harvard’s band and berate the other student sections with chants of “safety school.” It’s a great bonding experience!

Another important thing to keep in mind: No one cares whether or not you like hockey. No one is going to ask you who the Harvard forward’s mom’s grandma’s brother is, because this is not a professional sports game.

The people who normally ask those douchey questions won’t know enough about this game to ask. But you know what everyone probably does know? A hockey player! Whether it’s a random guy in your section, a rare-seen entryway-mate or a friend of a friend’s datamatch, you would definitely vaguely recognize at least one of the men with H’s on their chests.

Usually we’re good, but this year we’re ~really~ good, like fourth in the nation good, so go! Be supportive! Get your 15 seconds of fame on the Jumbo-tron! Spend way too much money on a shitty baked pretzel! Wear all of the stupid swag you’ve accumulated with an H on it! Actually go into Boston like the Harvard tour guides say we do! Except wait. You can’t. It’s already over. We won without you.

TLDR: Go watch our boys in Crimson bust some heads at the TD Garden next year. I can guarantee you won’t regret it.