Students say a number of factors—including job scarcity and political concerns—deter them from making the trek back down South. Others see an opportunity to return to change their home states for the better.
By Ashley M. Cooper and Patricia J. Liu 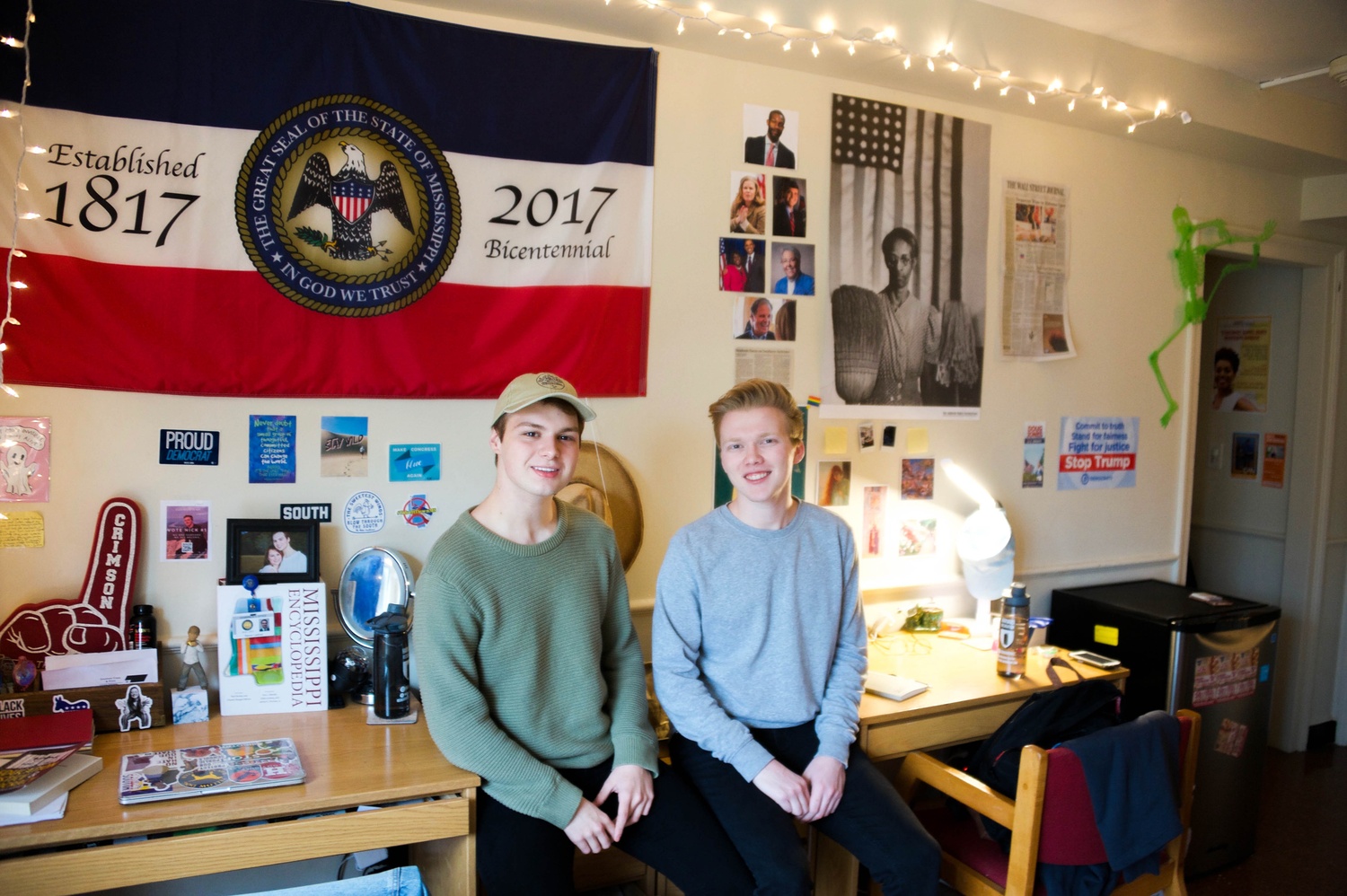 When Ronald R. Welch ’67 got his Harvard acceptance letter, he initially saw it as a way out.

“When I originally went to Harvard, I said ‘I’ll never go back to that place.’ People were being killed, folks were racist, and the whole nine yards,” Welch said.

“That place” was Welch’s hometown of Jackson, Mississippi in the 1960s. According to Welch, he was the only Mississippian in his Harvard class. Given he came from a racially segregated high school, Welch said that every time he opened his mouth at Harvard, people turned the conversation toward ongoing issues in the South.

Much has changed since Welch first left home, but some things have not: Southern students at Harvard—now as then—report feeling conflicted over whether to go back to the South after graduation.

By contrast, 70 percent of surveyed incoming freshmen said they hope to live in the Northeast, despite the fact that only 39 percent of students reported hailing from the region. Freshman surveys conducted in the past five years show similar percentages from previous classes.

And according to The Crimson’s senior survey of the class of 2017, an even smaller percentage of students actually end up in the South.

Students say a number of factors—including job scarcity and political concerns—deter them from making the trek back down South. Others, though, see returning as an obligation and as an opportunity to change their home states for the better.

When Southern students move across the Mason-Dixon line and into Harvard dorms, they say they often encounter negative misconceptions about the region they call home.

“It makes me sad that people see you’re from the South and they go, ‘Yikes,’” said Caroline E. Tew ’20, who hails from Myrtle Beach, S.C.

Some students say they think their peers from other regions are unaware of the South’s demographic and cultural diversity. Nicholas T. Wyville ’20, who hails from northeast Alabama, said one of the largest misconceptions he encounters is an assumption that all Southerners are “cis-, white, straight male Republicans.” Wyville said this way of thinking “takes away the Southernness of almost half the population of the South,” including the large population of African Americans who reside in the South.

Tyler V. Jenkins ’19, who grew up in West Virginia, said he has heard his peers stereotype the region as “intensely racist, or incredibly poor and uneducated.” Gulenay Y. Saydahmat ’20 said she often finds herself on the defensive against people who characterize all Southerners as “backwards.”

Many Southern students at Harvard feel compelled to correct the record and push back against a prevalent notion that, by virtue of making it to Harvard, they are somehow different from those they left behind.

“I think people think of me as an exception—like, ‘you made it out,’” Tew said. “They’re like, ‘Look at you go, you made it all the way from there.’” 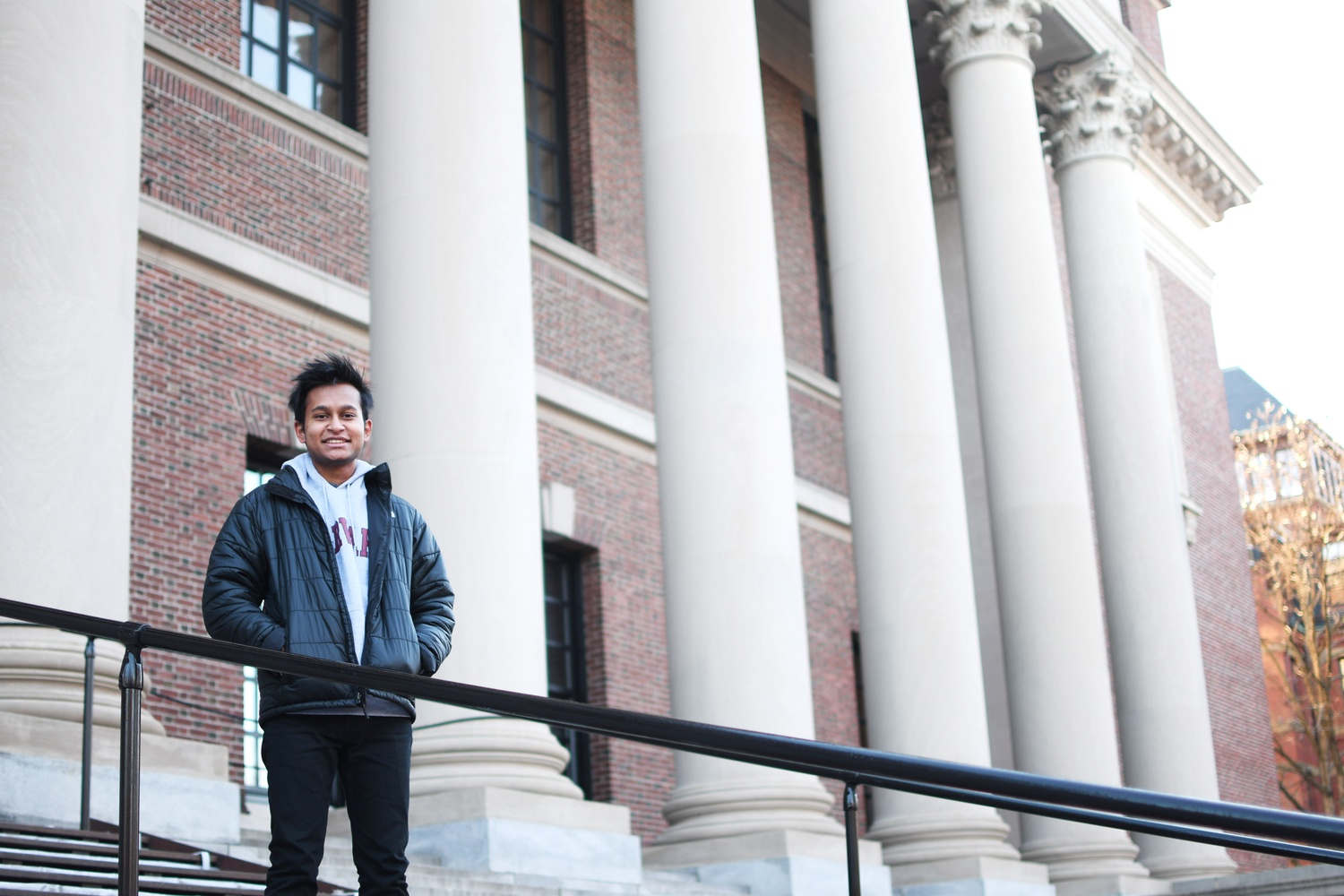 Wyville and Trevor W. Ladner ’20 felt compelled to re-write this narrative—so, earlier this year, they launched a new campus group called Southerners Organizing Urgent Transformation Through Harvard College, known to members as SOUTTH. The organization seeks to address misperceptions and start conversations at Harvard about issues facing the region.

Brooks B. Lambert-Sluder ’05, a proctor in Apley Court, first came to Harvard as a freshman at the College in 2001. His Twitter bio reads, “sixteen years in Cambridge, MA, but I’m still just visiting.”

Despite what the stereotypes of the region might lead outsiders to believe, he said Southern culture is not uniform.

“I think grouping all the 80 million people of the South can be quite challenging. It’s not one culture,” Lambert-Sluder said.

Despite feeling strong connections to their home states, some Southern students at Harvard say practical or political concerns deter them from going back.

Jobs can often be the deciding factor. According to a U.S. News and McKinsey and Company ranking based on job growth, labor force participation, and unemployment rates, the five lowest ranking states for jobs are Louisiana, Mississippi, Alabama, New Mexico, and West Virginia—all states in the South or Southwest.

Jenkins said he worries about finding work in West Virginia, where a lot of the jobs are concentrated in the coal industry, a declining sector.

Other students said they sometimes have difficulty finding job openings based in the South. Gillermo Gomez ’18, who called himself a proud Texan, said he remembers searching for openings on Crimson Careers, a job and internship database run by Harvard’s Office of Career Services. While he found multiple listings in San Francisco, New York, and Boston, he said he saw notably fewer opportunities in Texas.

“The Harvard network makes it so much easier to find jobs in these other places,” he said. “It gives you the idea that there’s nothing really for you back home.”

Deborah A. Carroll, Associate Director of Employer Relations and Operations at Harvard’s Office of Career Services, confirmed that Crimson Careers tends to have more listings in the Northeast. This is partly due to proximity, she said—employers closer to Cambridge are more likely to focus their recruiting efforts on Harvard students.

“Even in the digital age, it is common for employers to recruit at colleges and universities that are in their geographic region,” she said.

Carroll said her office has partnered with two internship networks that include Southern universities in order to counterbalance this regional recruiting.

But with burgeoning industries like tech and finance centered on the East and West coasts, the allure of opportunities in these regions exerts a powerful pull. Laura L. Ungar ’18, a Computer Science concentrator, said a dearth of technology jobs in the South will likely influence her post-grad plans.

The Harvard network also keeps alums in the Northeast. “The friends I’ve made here aren’t going to the South after they graduate, and I really want to be in a place that has a significant Harvard contingency,” said Hasib Muhammad ’19, who comes from Georgia.

Politics also plays a role. With the lingering threat of an Affordable Care Act repeal in Washington, Ungar said she is drawn toward states that have passed proactive measures to ensure people with pre-existing medical conditions retain access to affordable health insurance.

“I’m a cancer survivor and without Obamacare I’m never going to be able to buy health insurance,” she said. “But a couple of states—Massachusetts, Hawaii, possibly California—have similar provisions at the state level, so that would be a huge incentive for me to go there.”

While they’re away from the South, some Harvard students continue to hold on to aspects of their Southern identity—and pine for the cultural elements they love about the region.

To Muhammad, Southerness is “coca-cola, Southern Hospitality, football, and just being laid back.” People in the South are more likely to greet others and to talk about their days, he said. Even if he may not want to return to the South in the near future, he said he sees himself retiring there eventually.

Michael Z. Robinson, a proctor in Wigglesworth and third-year Masters of Divinity student at the Harvard Divinity School, said he particularly misses the South’s family-oriented culture.

“I really love the family values of the South,” Robinson said. “You’re not who you are from nine to five.” 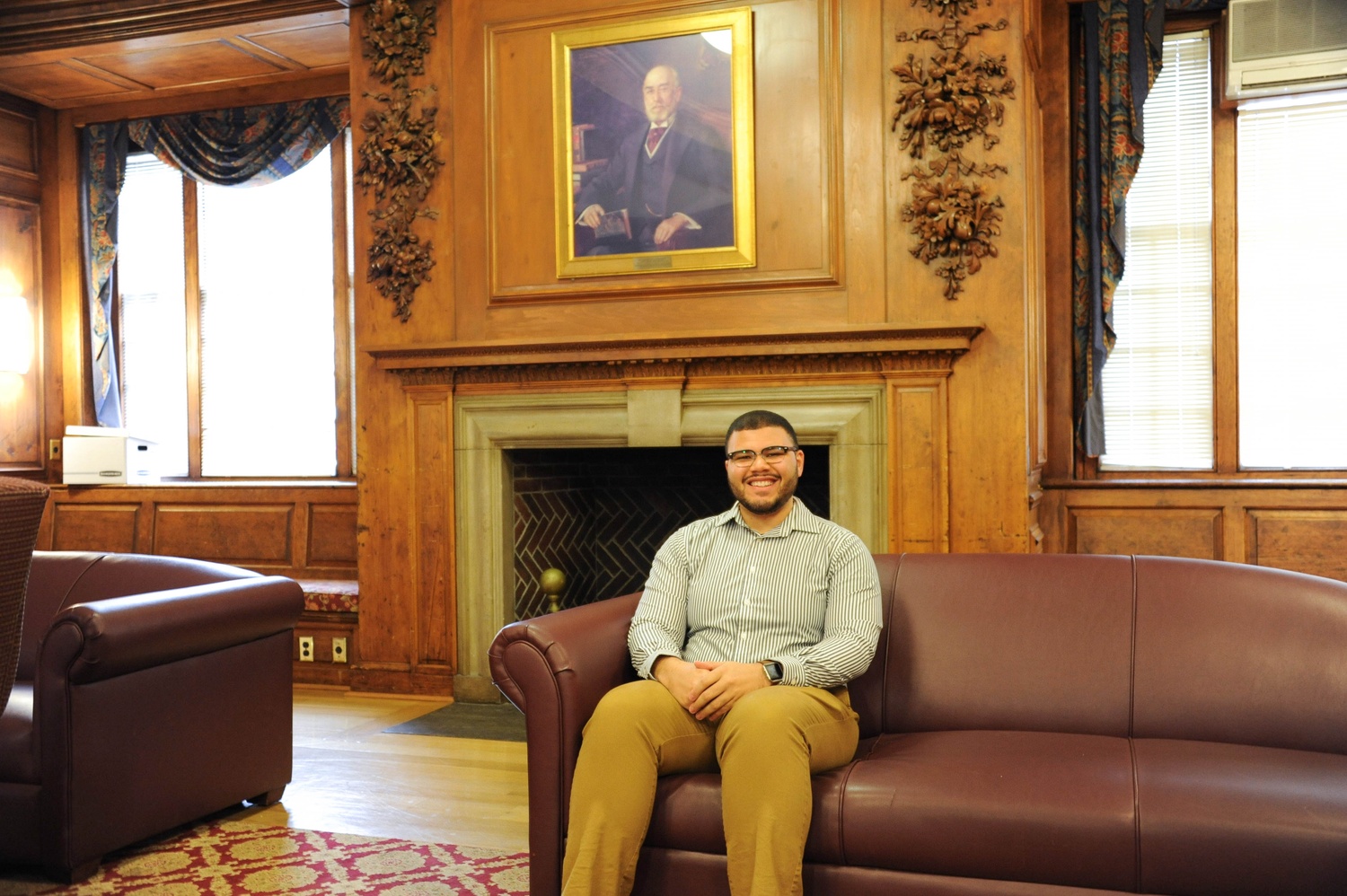 Michael Z. Robinson poses for a photo Friday in the common room of Straus Hall. Robinson, a proctor in Wigglesworth and third-year Masters of Divinity student at the Harvard Divinity School, hails from Springdale, Ark. By Derek G. Xiao
Advertisement

The large percentage of Harvard graduates opting to live outside of the South after graduation contributes to what some students call a “brain drain”—a phenomenon in which talented individuals from the South move to other parts of the United States.

“Speaking in economic terms, if the brains of the South continue to leave to go to New York or Los Angeles, what’s going to happen is businesses are going to leave,” Wyville said.

Jenkins said his home state has also suffered the effects of the brain drain.

“People in West Virginia want people to come and live there and bring their knowledge and background from outside the state in,” Jenkins said. “We’re hemorrhaging, which has a lot to do with the coal industry, with the economy in general, but it also has to do with this brain drain.”

Jenkins said he aims to break this cycle. He said he has seen West Virginia residents struggle to live paycheck to paycheck, but that he sees potential despite serious economic challenges in the state.

Welch, who graduated in 1967, ultimately returned to Mississippi, where he is now the current president of the Harvard Club of Mississippi. Despite conflicts in the South, he said he knew he couldn’t leave.

“After a while I realized that if everybody did that, nothing would happen. So I came back and I became a civil rights lawyer,” he said.

A desire to enact political and cultural change also drives people back. While several students challenged stereotypes about the South, they also said some generalizations about the region’s cultural undertones ring true—and that they hope to change things.

Wyville and Ladner founded SOUTTH to start these conversations. Ladner, who said he is “still on a journey of understanding Mississippi,” said the club aims to raise issues of social justice in the South and encourage students to return to the region to address them.

After he graduates, Wyville said he personally plans to end up in the South. He said he hopes to work to influence regional politics, which he believes are not currently "advancing any form of justice.”

“If everyone who believes that just continues to leave, it’s going to create a cycle of this perpetuation of bad politics and of more impoverished communities,” he said.

Saydahmat, who was born and raised in Virginia, originally thought she would never go back to the South after she had left. This year, though, she changed her mind; as a Southerner, she feels she is better positioned than outsiders to shape the place she calls home.

“Personally, I think it’s my responsibility to go back, to make the change I can, because I know those communities,” she said.