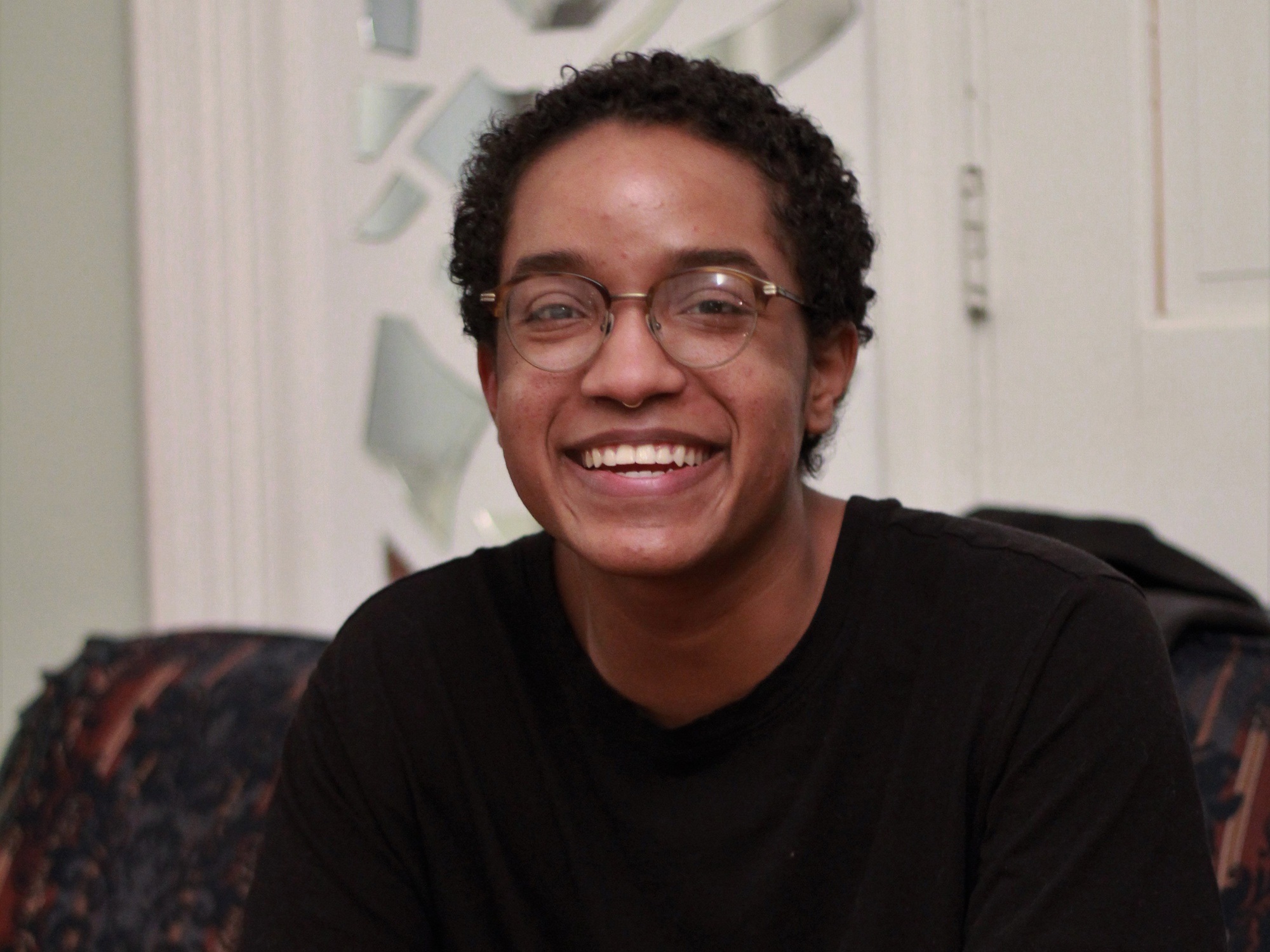 No sooner had I sat down with Madison Johnson ’18 than a yellow and orange cat leapt onto Johnson’s lap and began pacing across my computer keyboard. “Her name is Mrs. Jones,” Johnson tells me. Johnson is allowed to have a pet because they no longer live in Pforzheimer house—they and a group of housemates now live in an apartment in Central Square.

Before Cambridge, Pforzheimer, and the apartment in Central, Johnson spent their childhood in Georgia.

“I grew up in the same house in Columbus, Georgia for my whole life. I grew up figuring out a lot of parts of my identity, just like any other human being,” Johnson says. That’s when they started writing poetry.

“Poetry is where I spend a lot of time thinking through my family and the place that I’m from,” they say. “I identify really closely with the sense of being queer and black in the South, so what I’m writing through is that experience, period.”

At Harvard, Johnson started out performing slam poetry—they were involved in Brave New Voices and spent time as a member of the slam poetry group Speak Out Loud—before transitioning to page poetry. Johnson says that their most meaningful experiences in college, however, have been in an art that they didn’t explore in high school: theater.

“I got into doing theater on campus [because I was] looking for a community. I found all these art spaces with queer people and people of color making art,” they explain.

Johnson’s first foray into theater was a success: along with a team of student artists, they worked on “Black Magic,” a play about the experience of being black on Harvard’s campus. “I had never done theater, but someone asked if I wanted to work on ‘Black Magic,’ and I said ‘sure,’” they say. 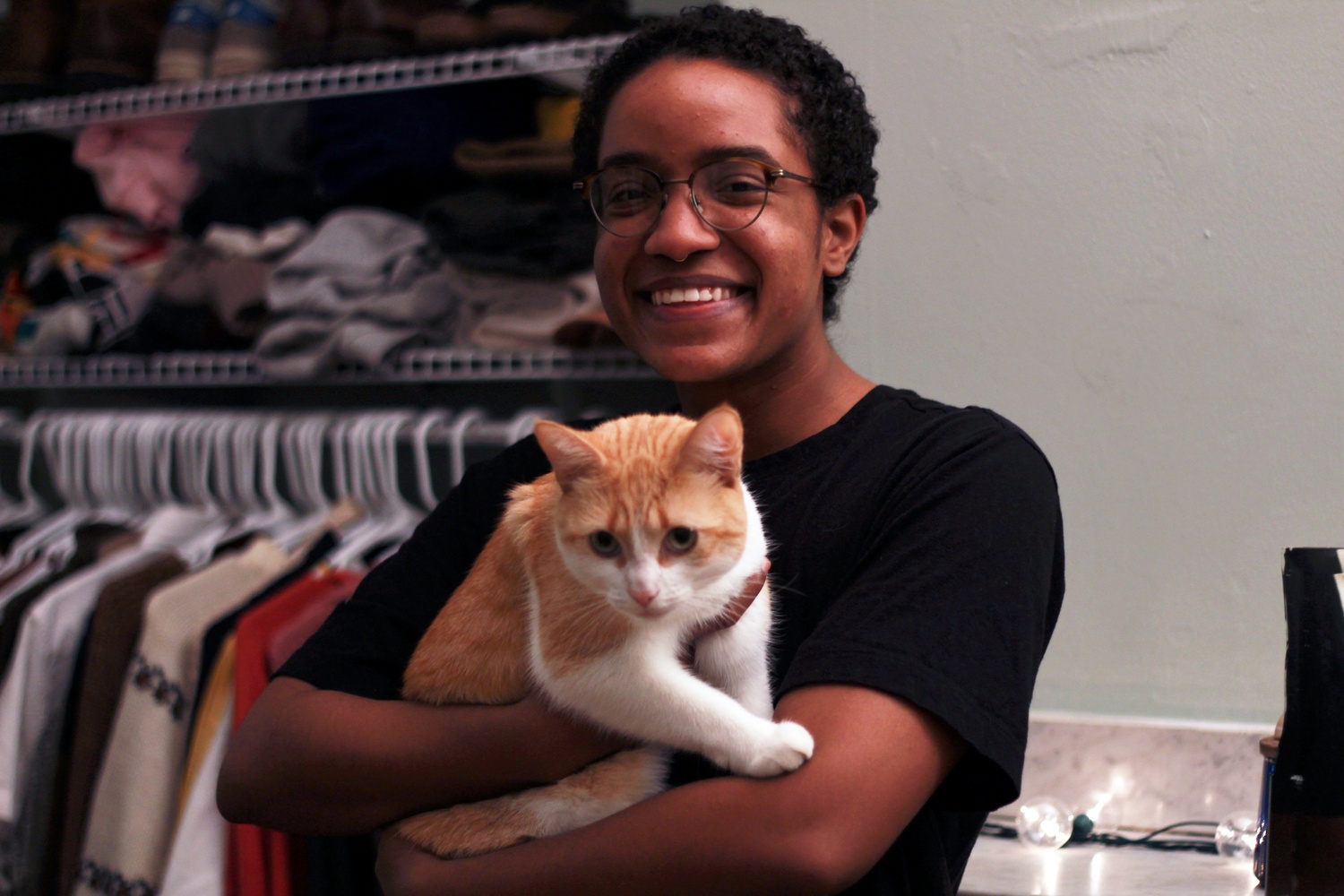 Johnson designed the set and co-wrote the show, primarily writing for the character CJ, a gender-nonconforming black comedian. Johnson says that CJ was the first transmasculine black character using they/them pronouns that they had ever seen on stage.

Performances of the show at the Loeb Mainstage were packed; Johnson says they were struck by the number of black undergraduates in the audience. “I think it was special to share love for each other in a room full of black people, and that was all I could have asked for from our play,” they say.

Since then, Johnson has continued to pursue theater. Their favorite project was arranging and directing a boundary-pushing play called “love conjure/blues” written by Sharon Bridgforth. After Johnson read the piece, which explores themes of race and sexuality in the South, for their junior tutorial, they knew they wanted to put it up at Harvard.

Johnson, who was a columnist for the Crimson, has also been involved in “Renegade,” an on-campus artists’ collective and magazine that aims to provide an outlet for students of color. During Johnson’s junior fall, they held workshops for friends to come together and write, draw, and collage. For Johnson, it was an important space of creativity during the election season. “I was holding the space that I knew that I needed and making art that I knew that I needed,” they say.

Beyond their artistic endeavors, Johnson has also served as a Contact peer counselor and as a QuIntern at the BGLTQ Office of Student Life. They assisted in redesigning the campus allyship training into a “Thinking Queerly” workshop that aims to teach students and organizations about queer theory. For fun, Johnson enjoys watching their friends perform. They also love talking about astrology because of its focus on emotions and the human experience (they’re a Pisces).

As for the future? “I just want to see how long I can get away with writing and making art and living off of it,” Johnson says. “I’m trying to figure out how I can continue being in the communities that I’ve been so blessed to be in during college [when I am] in the real world.”