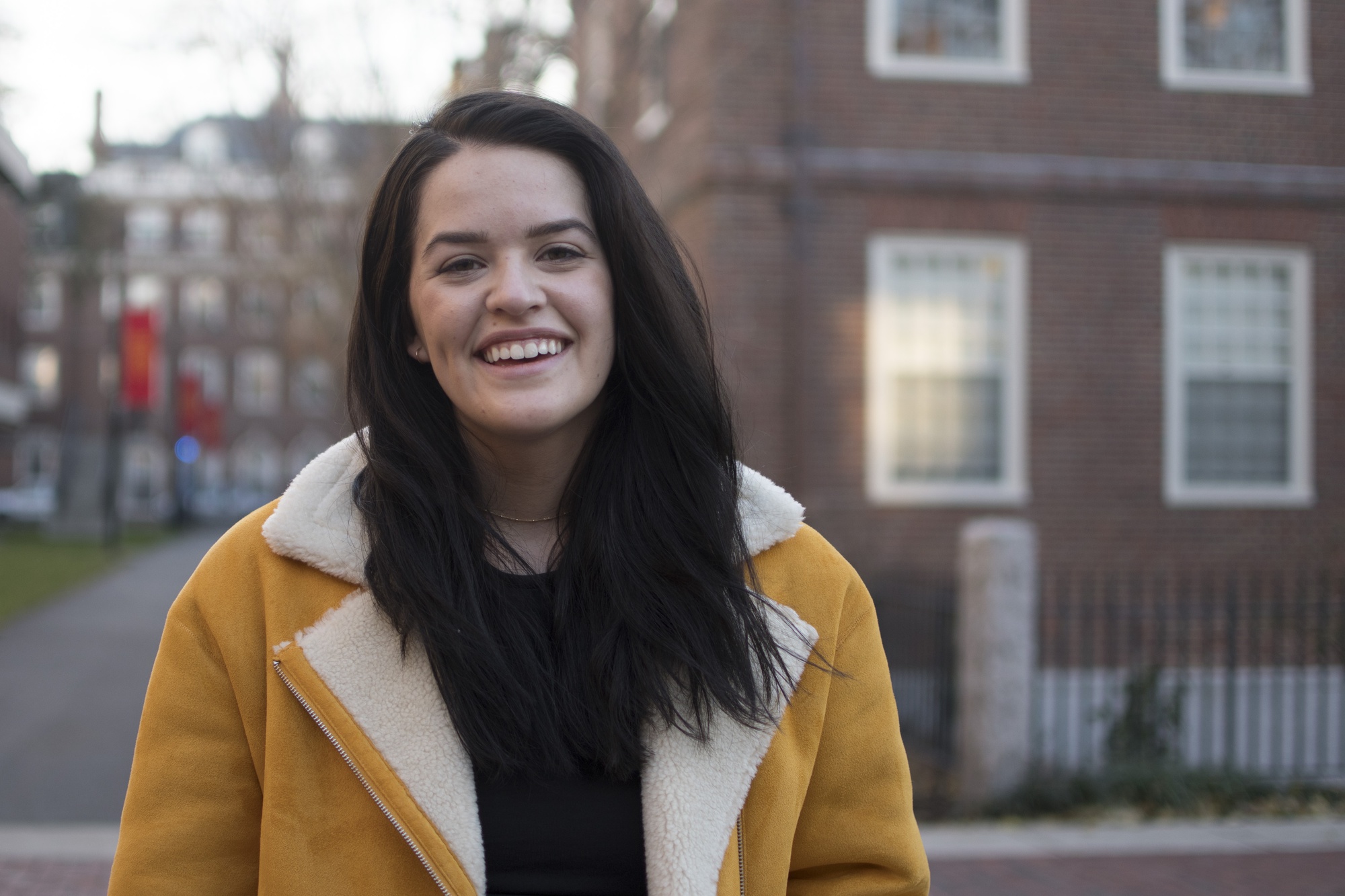 During her freshman year at Harvard, Karen M. Maldonado ’18 decided she wanted to get strong. A former track and field athlete from Houston, Texas, Maldonado had always “hated running,” but competed in high school for the sake of her teammates and to stay in shape. She started powerlifting when she arrived at Harvard because it seemed like “the opposite of running.”

Powerlifting is a strength-focused sport that is traditionally comprised of three lifts: the squat, the bench press, and the deadlift. Although her form in all three lifts has come a long way since Maldonado filmed herself freshman year in Hemenway gym, the deadlift will always be her favorite.

With a strong grip, a straight back, and her eyes locked on the wall in front of her, Maldonado “can move the most weight and that feels really good.”

What started as an extracurricular activity eventually became the focus of her Sociology thesis: “I dove into it and realized that there is a lot of cool theory about weightlifting and men in prison yards and how it builds bodily autonomy and masculinity and empowerment,” Maldonado says. She is studying the role of women in strength-based sports, like powerlifting and olympic weightlifting. 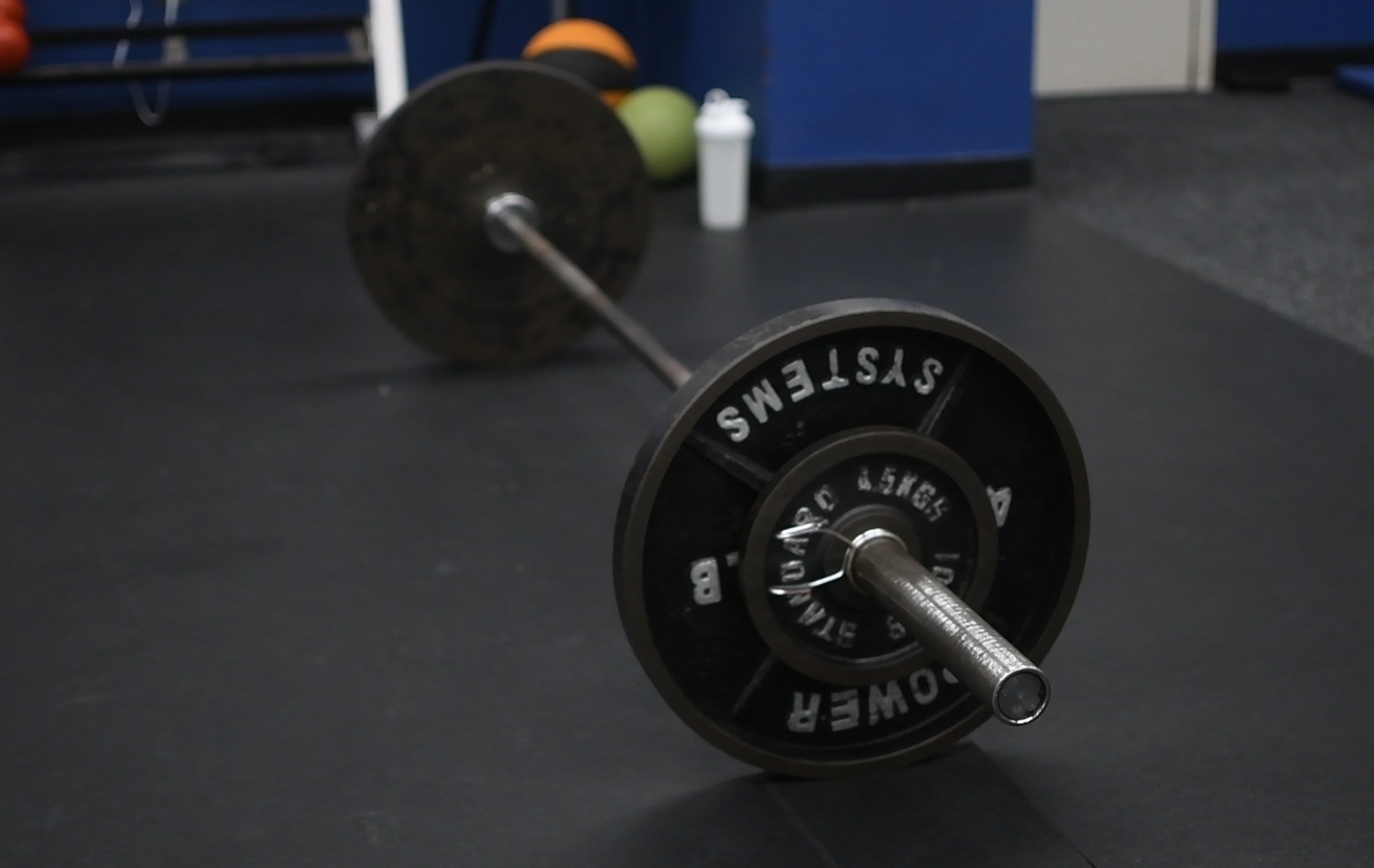 “There is not much there on women,” she says. “There is a little bit on bodybuilding, on women’s body building, but mostly as like a freak show perspective. Like ‘Why would they do this? It’s so masculine.’”

Maldonado spends most of her days reading about improving mental and physical health for her thesis, and applying what she’s learned both in the gym and in her work with the student group Eating Concerns Hotline and Outreach.

Maldonado has served as a member of ECHO since her freshman year, and recently ended her term as co-director of the organization. The work is extremely taxing, she says, but it’s also provided Maldonado with invaluable listening skills.

“The hardest part is that it is emotionally exhausting work, it’s incredibly rewarding,” she says.

“Especially while I was co-directing, knowing that my staff was ready to support and listen, and that they are ready to pick up the phone at 2 a.m.. I know how wonderful the feeling is to help someone, but also how draining it is to have to go to class the next day and not be able to tell anyone because it’s confidential, it’s a lot to be a person who listens.”

Mental health and self-care are important to Maldonado, who also works as a campus representative for a company called “Wear Your Label.” “They have a bunch of t-shirts that say ‘anxious and courageous’ or ‘stigma is a social construct,’” she says. Maldonado was attracted to the brand because, she says, they strive to create a sense of community among a group of individuals who might otherwise feel isolated or alone.

Maldonado incorporates the message behind wearing her label into her off-campus life as well. Two summers ago, Maldonado studied abroad in Copenhagen. There, she worked as a community facilitator at a music festival.

In addition to the photos in her suitcase, Maldonado brought home a geometric bumblebee surrounded by flowers on the left side of her ribs. It is her first tattoo, but she predicts it will not be her last.

“There’s something about being able to put art on my body and make my body what I want it to be that kind of aligns with the rest of my value system,” she says. “And that feels really fantastic and underrated.”