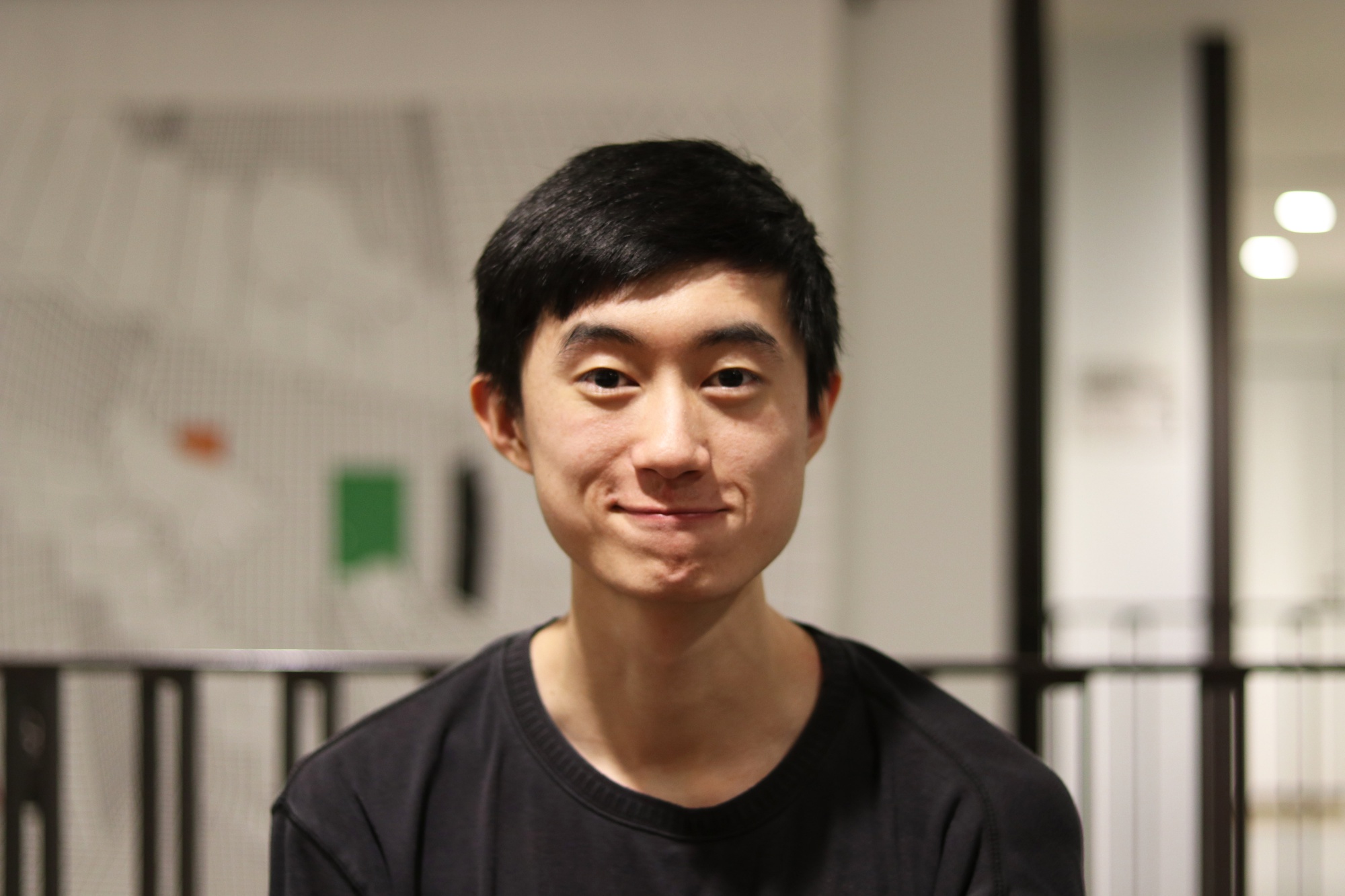 This morning, Dennis Zhang ’18 overslept. He missed a voice lesson and half a class. Tomorrow, though, he’ll have to wake up early: Fabricating parts for his latest project will take the whole morning.

The project––his thesis––uses polyurethane foam to mimic bird bones, creating a cylindrical object that’s denser on the outside than the inside. He isn’t sure what the material could be used for—aircraft, perhaps—but he knows it will be efficient.

A selection of Zhang's artwork - an acrylic painting on canvas and two charcoal drawings. By Courtesy of Dennis Zhang

Zhang’s tendency to create has helped open doors at Harvard—literally. Zhang’s Harvard University ID photo, the picture that both identifies him and allows him access into buildings, isn’t a photograph. It’s a self-portrait, drawn free-hand using computer software and so realistic it’s almost alarming to look at closely. If administrators know Zhang’s photo is a fabrication, they haven’t said anything.

Zhang also co-founded the student-run science and art magazine “Ecdysis,” a publication named after the molting process of arthropods.

“We were thinking of insects and how they molt and show a new version of themselves,” Zhang says. “Ecdysis” similarly aims to “peel away the cold exterior of science and make it more accessible to people who enjoy arts.”

If insects inspired the name of Zhang’s magazine, that inspiration came from close to home. A lifelong insect fanatic, Zhang began to collect and display insects in high school when a friend gifted him a dead monarch butterfly she’d found in her driveway.

Zhang estimates he’s collected around 500 bugs, most of which are stored at his home in New Jersey. Some, especially recent finds, reside in his Currier dorm room. His favorite of the collection? The Madagascar sunset moth, a rainbow-winged rarity.

“It’s really strange because they’re a moth, which people usually associate with dull colors. But quite the contrary! I think this species is probably more aesthetically pleasing than any butterfly,” Zhang says.

Zhang describes his a capella pursuits with similar affection. With the Harvard Glee Club and Glee Club Lite, an a capella subset, Zhang has dedicated much of his time outside the classroom to practicing and performing.

He especially likes performing choral music—renaissance polyphony and madrigals, to be specific.

He’ll have to find a new group to sing with when he graduates and moves to Arizona next year. Zhang will work for Axon, a company producing tasers and body cameras for law enforcement. He’s upset to leave friends and singing groups behind.

At the same time, Arizona is promising. The weather is warm. The hiking opportunities are plentiful. And the bugs?

“There are different insects there, ones that I would never find here,” Zhang says.