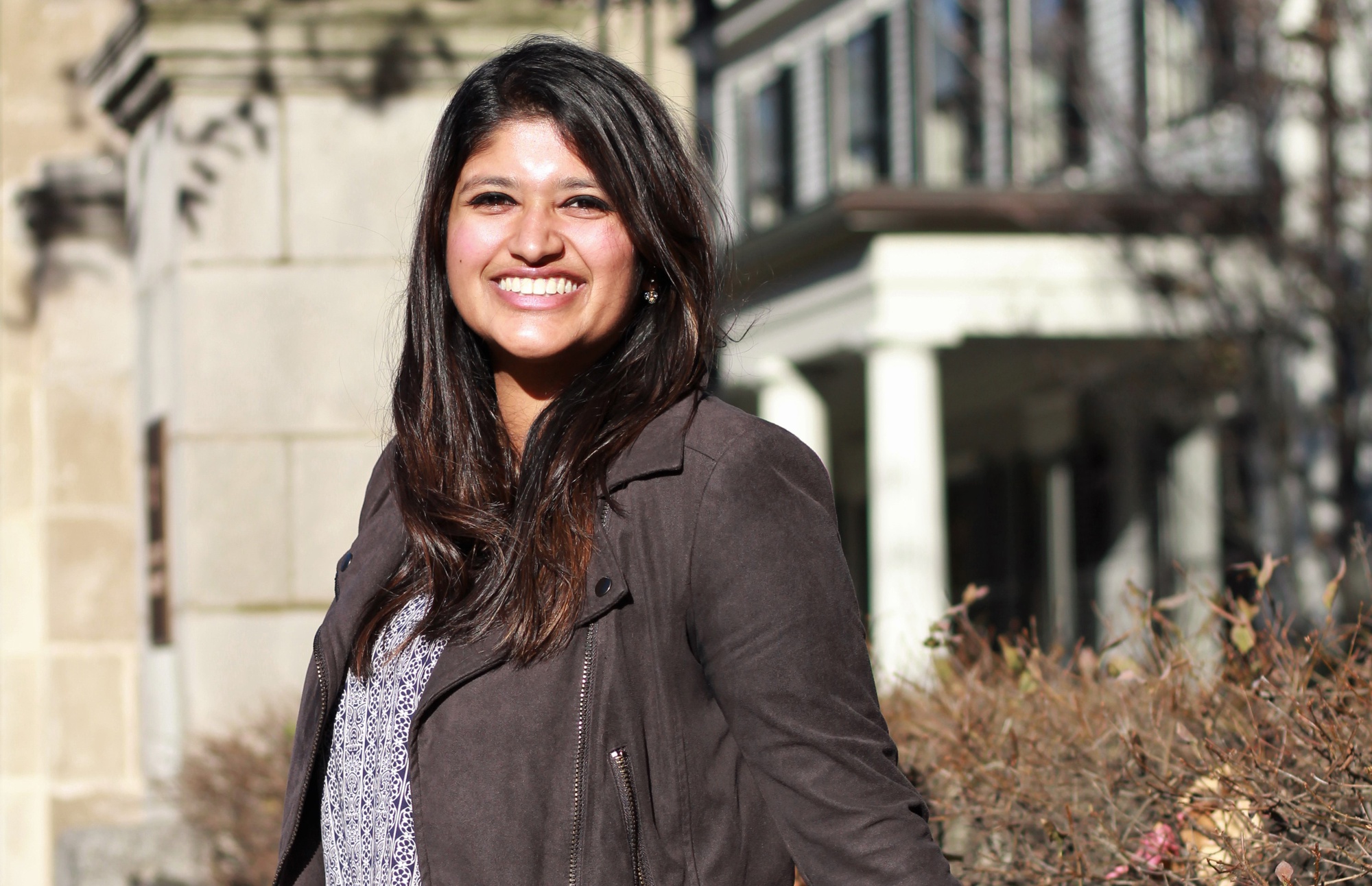 Somasegar’s home is in Seattle, but spending four months in India every year, she says, allowed her to see how different life would have been if she had grown up there instead. That perspective has fueled her work in women’s advocacy and global leadership.

It all started with one idea: building a sewing studio in a computer lab for an orphanage in India. Somasegar oversaw the whole process, from fundraising to seeing the studio built and opened.

“I’m currently in the process of trying to get it incorporated into the government school system as an after-school program for women, so that when they get turned out of the orphanage at age 18, they’ll have the skills to be financially independent,” Somasegar says. “Which I think is usually a huge barrier to them being able to follow their dreams and live the productive life independent of others that they would want.”

In 2015, Somasegar was selected to be the American delegate for the G(irls) 20 Summit, a global program that brings together one delegate from each G20 country. In October of that year, she traveled to Turkey and, with the rest of the delegation, presented a policy brief to G20 leaders outlining recommendations for how to increase female labor force participation.

“What’s really special about the communiqué is that because we’re presenting to G20 leaders, everything in there needs to be absolutely unanimous—which I think definitely brings out your talent to be able to compromise and work with people,” she says.

Somasegar was the only representative from the U.S. “This was the first time for me where I was in a room and everyone else was from a different background,” she says. “You’re uncomfortable at first, because you don’t know where your perspective fits in here, like when you need to take a step back and listen, and when you need to assert what you believe to be true.”

Finding this sense of balance has been a common theme in her advocacy work: growing up in two countries, Somasegar says she has juggled multiple sets of values while forging her own—especially when it comes to views on traditional gender roles, motherhood, and women in the workplace.

Currently, Somasegar is writing a thesis on the impact of gender quotas in government. She is specifically looking at villages in India and how female representation in government roles can influence female labor force participation.

Somasegar points to her family as her main source of support. “Focusing my energy and understanding the importance of giving back to my community come from my mom and dad together, in a weird mish-mash kind of way. My mom is a huge philanthropist. She really taught me that it’s my responsibility to leave a place better than you found it, in a way that’s more than throwing money at a problem and giving lip service,” she says. “My dad came from a really poor family in India, and has worked very hard to be where he is today, which is luckily a better position than he grew up in. It revives my belief in the American Dream, where hard work and network and a bit of luck can cause really great things can happen.”