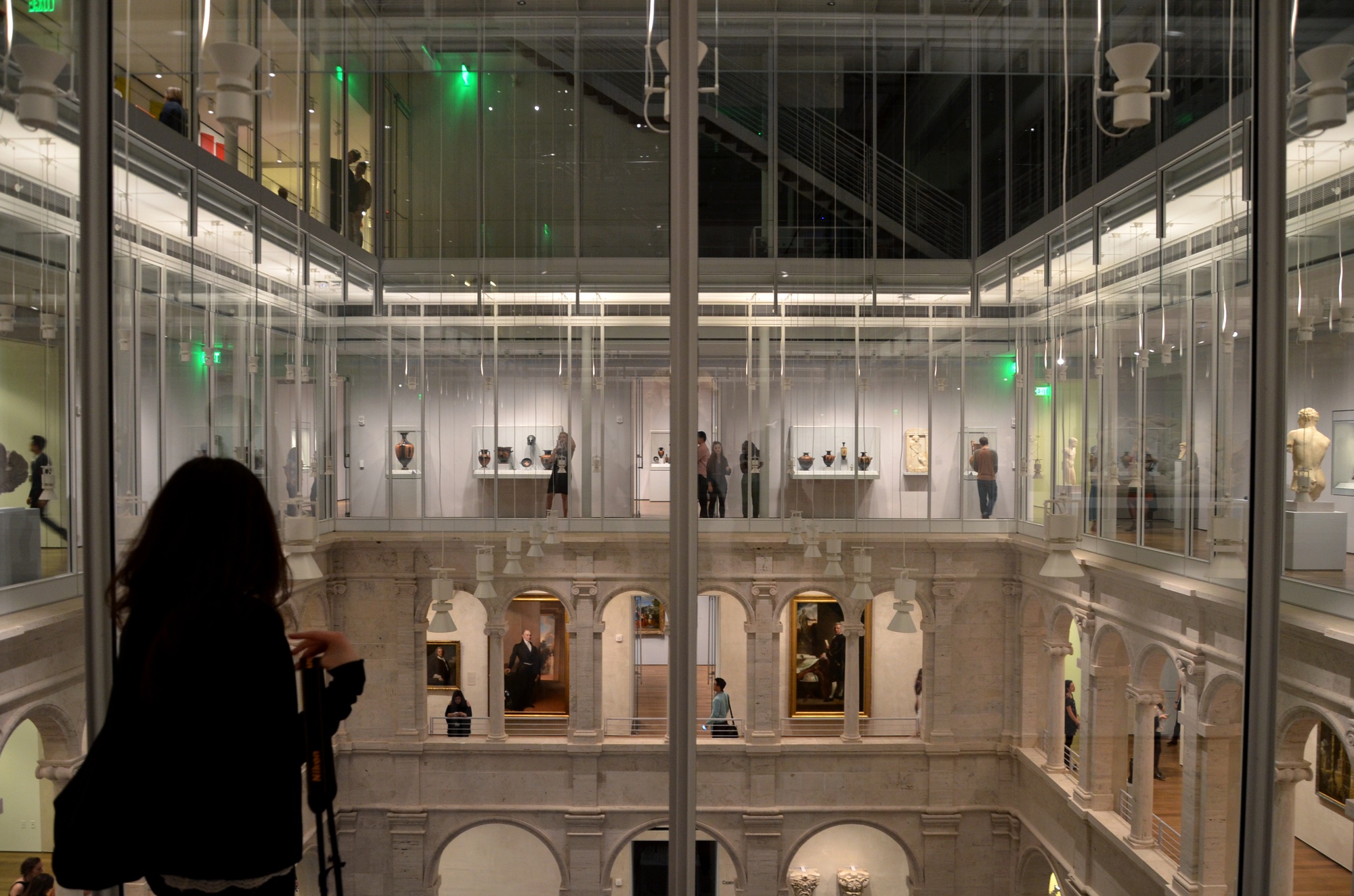 Students and members of the Harvard Art Museums visit the newly opened Fogg Museum on the night of the building's student opening. The museum will be officially open to the public on November 16.
Advertisement
Advertisement

“The Dutch tradition and the drawings are especially apt to open up immediately and viscerally this relationship between the observer and the observed, and opens itself to life, the social order, and the natural order at precisely a time when Holland was at the forefront of the Enlightenment.”
By Hillary A. McLauchlin

“You’re always being pulled into another story.” Joseph L. Koerner, Interim Chair and Professor of History of Art and Architecture, strolls through the gallery, pointing out intricate scenes showcased in The Fogg’s “The Art of Drawing in the Dutch Golden Age” exhibit.

While Harvard has served as center for the study of master drawings for years, a recent gift of 330 Dutch, Flemish, and Netherlandish drawings from the collection of Maida and George S. Abrams ’54 has transformed Harvard’s holdings of 17th-century Dutch drawings into the most comprehensive outside of Europe. Including works from over 125 artists ranging from Rembrandt to Marrel, the gift––according to Susan Anderson, a curatorial research associate and the Abrams’ private curator—allows parts of the existing collection to “grow in leaps and bounds.”

“These aren’t just preliminary sketches or objects of old historical value, and they are not only beautiful things, the drawings that George Abrams assembled are, each of them, a kind of little world that you can spend a huge amount of time looking at,” Koerner says.

According to Koerner, drawings of this type are unique in their ability to showcase an artist’s individuality and provide viewers with a glimpse into the artist’s spontaneous creative process in a way that completed paintings cannot. Featuring topics ranging from landscapes and scientific diagrams to depictions of societal outcasts, the drawings each tell a story and provide important historical context.

“The Dutch tradition and the drawings are especially apt to open up immediately and viscerally this relationship between the observer and the observed, and opens itself to life, the social order, and the natural order at precisely a time when Holland was at the forefront of the Enlightenment,” Koerner says.

Having spent time in Holland while an undergraduate at Harvard, George Abrams began collecting Dutch drawings in the mid-1900s with his wife Maida and soon became entranced by the medium.

“The finest drawings appeared to exist on two levels, the one material, the other spiritual, a peculiar unity between the expression of something eternal and the fragile being of a small piece of paper,” Abrams wrote in an essay featured in a catalog of his collection.

On November 4th, George Abrams was knighted by the Kingdom of the Netherlands for his contribution to the global study of Dutch art. Having previously donated 140 drawings to the Harvard Art Museums, the Abrams were cognizant of how they might inspire future generations to embrace the magic of drawings.

“The works would inevitably pass on to another life. We began thinking of what shape that next life might take,” Abrams wrote in a 2002 essay.

The shape of this next life is coming into focus as the Harvard Art Museums creates new institutional collaborations and builds upon its status as a research mecca to promote the study of these works. The additions to the collection provide “huge corpus of drawings for scholars to really puzzle over,” according to Anderson.

A new golden age for research of Dutch art at Harvard might be just on the horizon. Koerner looks forward to the possibilities for the expanded collection and the ways it can be utilized as a resource in the classroom.