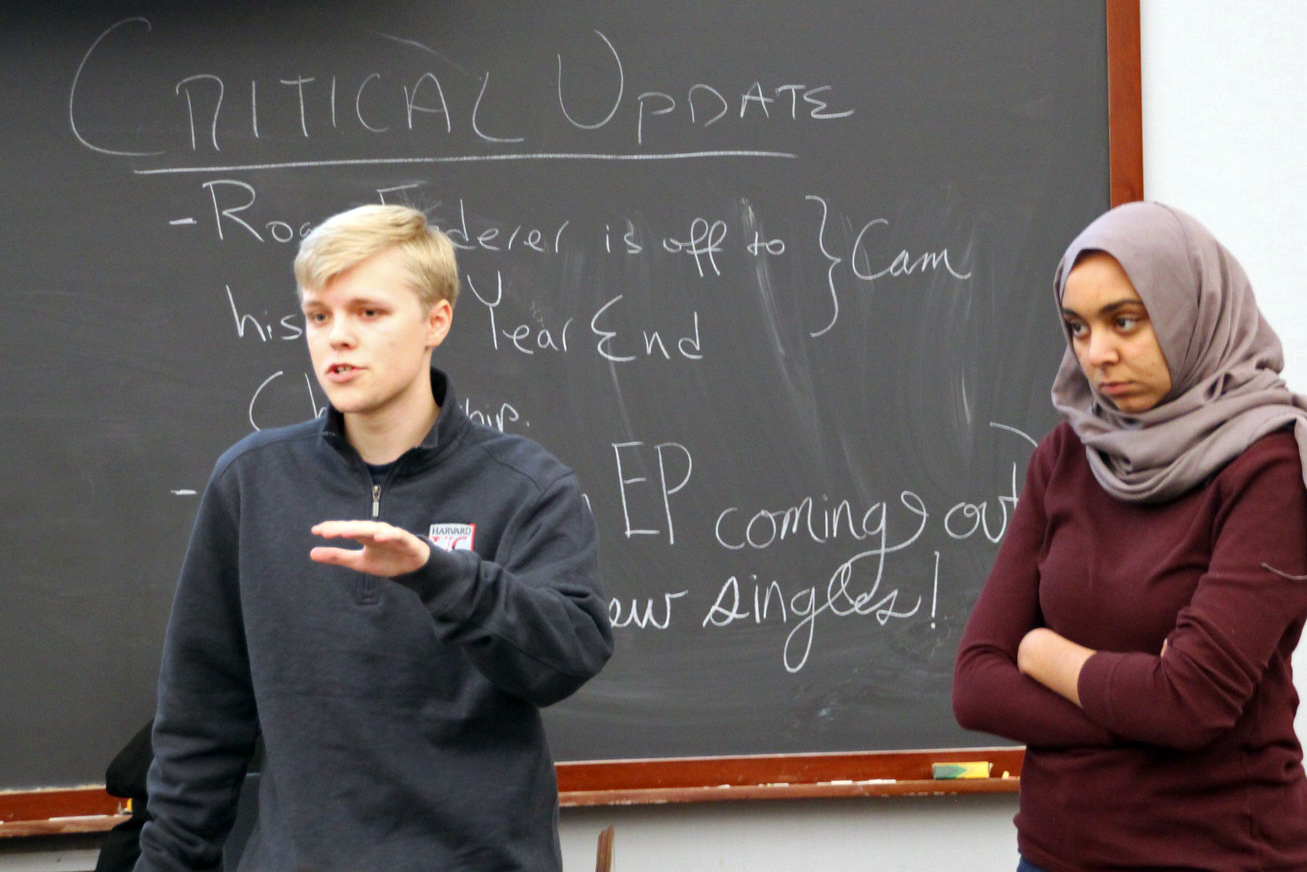 Student groups recommended by the Undergraduate Council to be denied recognition will have 24 hours to appeal the decisions, which the body will finalize at a special meeting on Tuesday.

“What we’ll be doing now is allowing an appeal process to student groups that have been, as of now, deemed not to be allowed to grow,” said UC Vice President Cameron K. Khansarinia ’18.

To obtain College recognition, applicants for new student groups must go through a multi-step process. Applicants submit a proposal, meet with Harvard administrators, and then the UC Rules Committee votes on whether the UC should recommend them for approval. On Sunday, the Council planned to review the recommendations and forward the proposals for a final “rubber-stamp” from the Committee on Student Life.

The UC gained broad powers to recommend new student groups for approval in April following years of a process where the authority rested with a student-faculty committee of the Faculty of Arts and Sciences.

Prior to the UC’s general meeting, the UC Rules Committee voted to recommend 37 club applications for approval and 23 for denial in another closed door meeting. Following the 24-hour appeal process which will conclude Monday, the Rules Committee may vote to overturn their original recommendations.

Evan M. Bonsall ’19, who chairs the UC Rules Committee, said he considers the UC’s role in club recognition to be an important one, adding that the Council should give it “all the time it deserves.”

“We’ll ask them to address concerns expressed by the UC, and they’ll have 24 hours to do so,” Bonsall said. “We will potentially reconsider. Although, certainly, those groups could still be not approved.”

The Committee on Student Life delegated this responsibility to the UC after putting the recognition process on pause for spring 2016. The College’s Office of Student Life did not accept applications for new student organizations during this time as the approval process underwent a rewrite.

Office of Student Life administrators and UC representatives had concerns about the proliferation of recognized student groups in recent years, leading to difficulties in funding, strains on reservations for campus spaces, and unchecked growth.

The UC also voted to pass an amendment that now prevents caucuses from endorsing UC candidates. Legislation supporting caucuses passed in April, six months after a similar piece of legislation was narrowly defeated.

Any caucuses that endorsed presidential candidates will now be forced to cease publicizing their endorsements and delete any social media posts that incorporate endorsements.

“Representation is tied into the original caucus legislation. For us to take away the right for them to say what they, as members of this community, want and believe in, to me, extremely problematic,” he said.

Others, like Leverett House representative Salma Abdelrahman ’20, said discussions within caucuses about endorsing candidates may cause division between members and prevent them from working cooperatively in the future.

“If they have conversations that are extremely contentious and deal with personal characteristics, I don’t want to have that conversation with people that I’m supposed to be working with in the future in order to represent people later on,” she said.

The UC also allocated $125 to pay for candy and campaign literature at voting booths across the dining halls during the UC’s election period. The voting booths will be staffed by members who have not endorsed tickets.