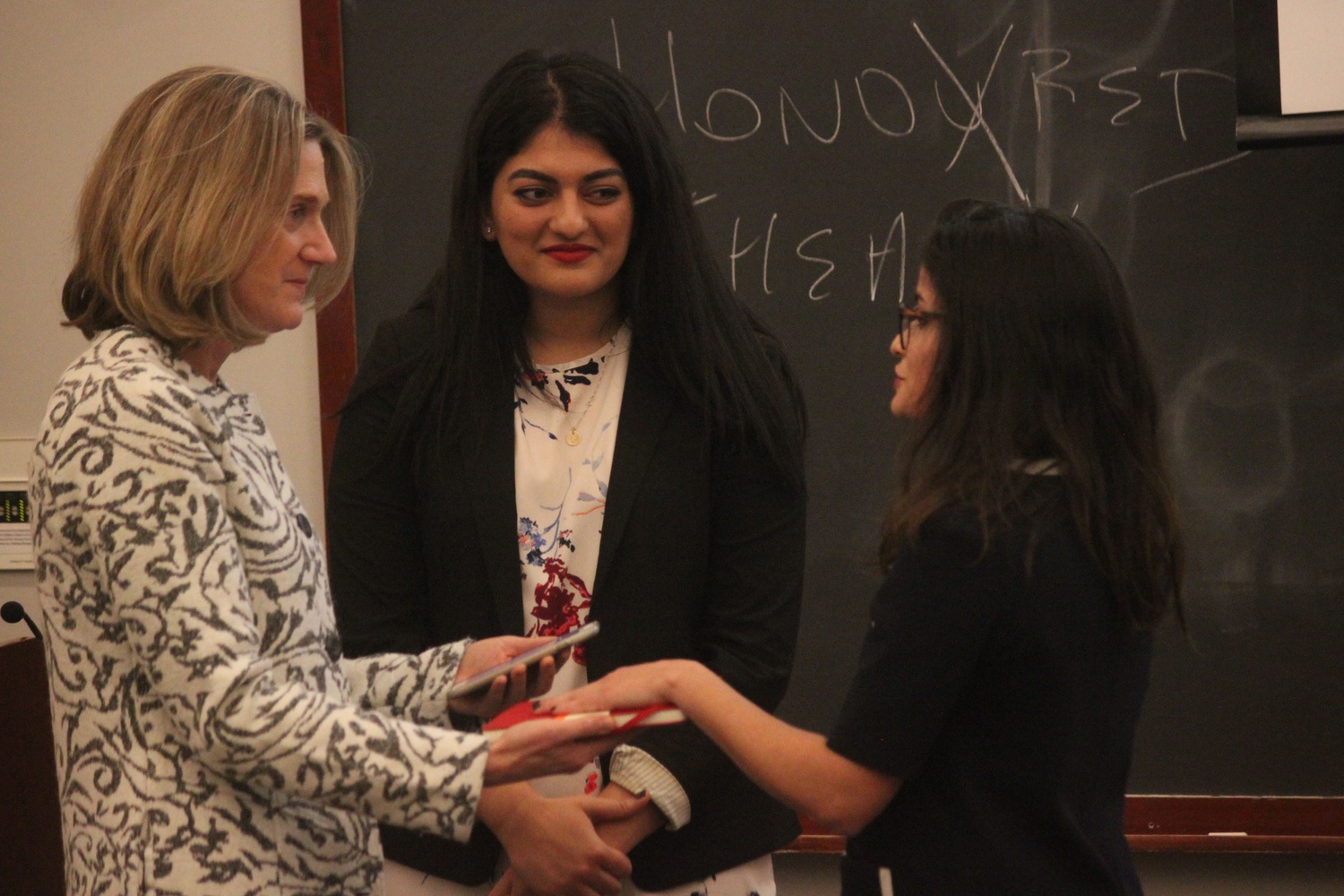 Current UC President Yasmin Z. Sachee '18 is sworn in at the start of her term in December 2016. By Casey M. Allen
By Andrew J. Zucker, Crimson Staff Writer

All three tickets obtained the 150 required signatures by 11:59 p.m. on Oct. 30 to get on the ballot. Last year, four tickets ran for UC leadership, and the year before, three tickets contended for the Council’s presidency and vice presidency.

This year’s candidates notably feature no sophomores, a departure from last year when half the tickets featured sophomore vice presidential candidates. Neither of those tickets won.

Healy’s ticket is the only to feature a UC outsider at the top of the ticket. Healy is running with Thakker, who currently serves on the Council, and each ticket has at least one incumbent representative.

Healy founded and leads the Open Campus Initiative, a student group that looks to “test” the limits of free speech at Harvard. The group has brought controversial speakers like sociologist Charles A. Murray ’65 to campus.

The only other outsider running this year, Michael K. Bervell ’19, is running as vice president with Agbafe at the top of the ticket.

UC Vice President Cameron K. Khansarinia ’18 said he believes all of the tickets are qualified and hopes to see them run “issues-focused” campaigns.

“We’re very excited. I think it’s been a pleasure for us to serve in this capacity and to work with a wide variety of students and also with the Council,” he said. “We wish the best of luck to each of three candidates that are running. We urge them to run an issues-focused campaign and we think that any of them would do great.”

He added that he is awaiting to see their platforms and that keeping in line with precedent, he and UC President Yasmin Z. Sachee ’18 will not endorse a ticket.

This article has been updated to reflect the following correction:

A previous version of this article incorrectly indicated that there were two tickets for UC leadership in 2015. In fact, there were three tickets.