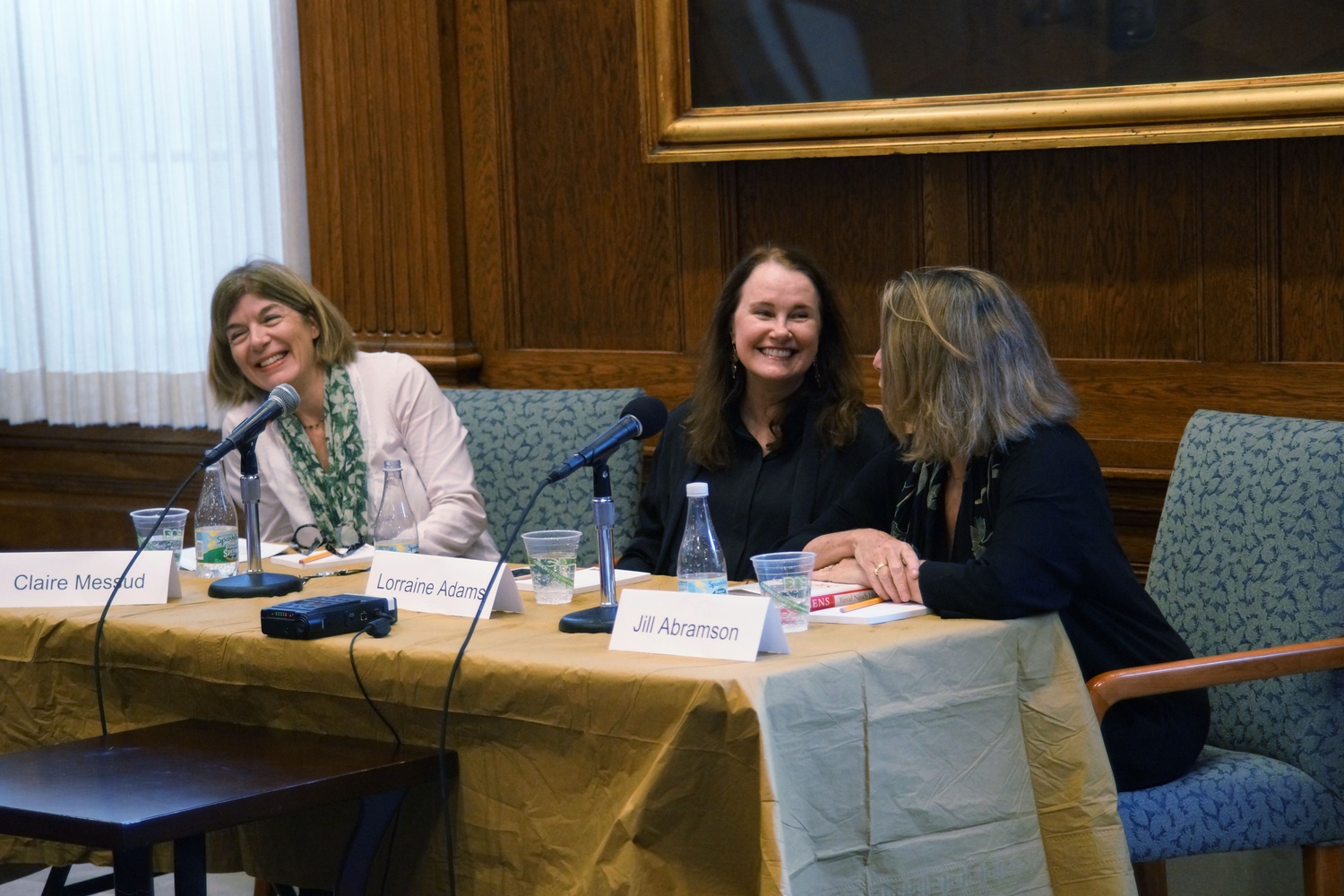 The event's moderator, English lecturer and novelist Claire Messud, began the discussion by noting that both Abramson and Adams started out as journalists, but their career paths diverged when Adams switched to writing novels to focus more on individual narratives.

Adams said reporting on police shootings in her journalism helped her overcome an “intense shyness” that persisted from her childhood to young adulthood.

“I began to realize that [victims of police shootings] were my people,” Adams said. “They had been bullied, they had been silenced, they were powerless.”

For Abramson, an interest in writing began with observing investigative reporting on the Watergate scandal.

“My inspiration for going into journalism and digging for facts that were hard to get: Woodward and Bernstein,” Abramson said, referring to Bob Woodward and Carl Bernstein, two journalists who did much of the original reporting on the scandal.

“It was the unfolding story and the fact that there were always new chapters and new characters and new revelations, I just thought to be able to be involved in that would be amazing,” Abramson added.

The two speakers also discussed the importance of the media becoming more “in touch with genuinely new developments in society."

Abramson referenced Buzzfeed reporters as an example: “They want to connect and engage a younger audience in the news. Because of that effort, they are more in touch,” she said.

Abramson noted that the New York Times has made an effort to connect more with younger audiences through new initiatives.

“I think that for business reasons as well as journalistic reasons, the Times has kind of awakened to the new, and has become a lot less calcified than it was even when I first got there in 1997,” she said.

While Abramson said she remains a staunch believer in the power of the news, Adams said that the public’s thirst for sensational material prevents journalism from actually improving society.

“I think that the appetite for dull but worthy stories is in the toilet, and has always been in the toilet as long as I’ve been a journalist. People in the newsroom love to do them, we want to do them, and then they go out into the world and nothing changes,” said Adams. “I think that’s why I became increasingly dissatisfied with journalism.”

Abramson, however, noted that while specific situations might not change, people’s reactions to these topics do. Arguing that journalism is still a catalyst for change, Abramson said that while problems like sexual assault may never stop, news coverage of these events can help raise awareness of them.

“Things do change, and I think that journalism often ends up playing a salutary role in pushing about that change,” she said.