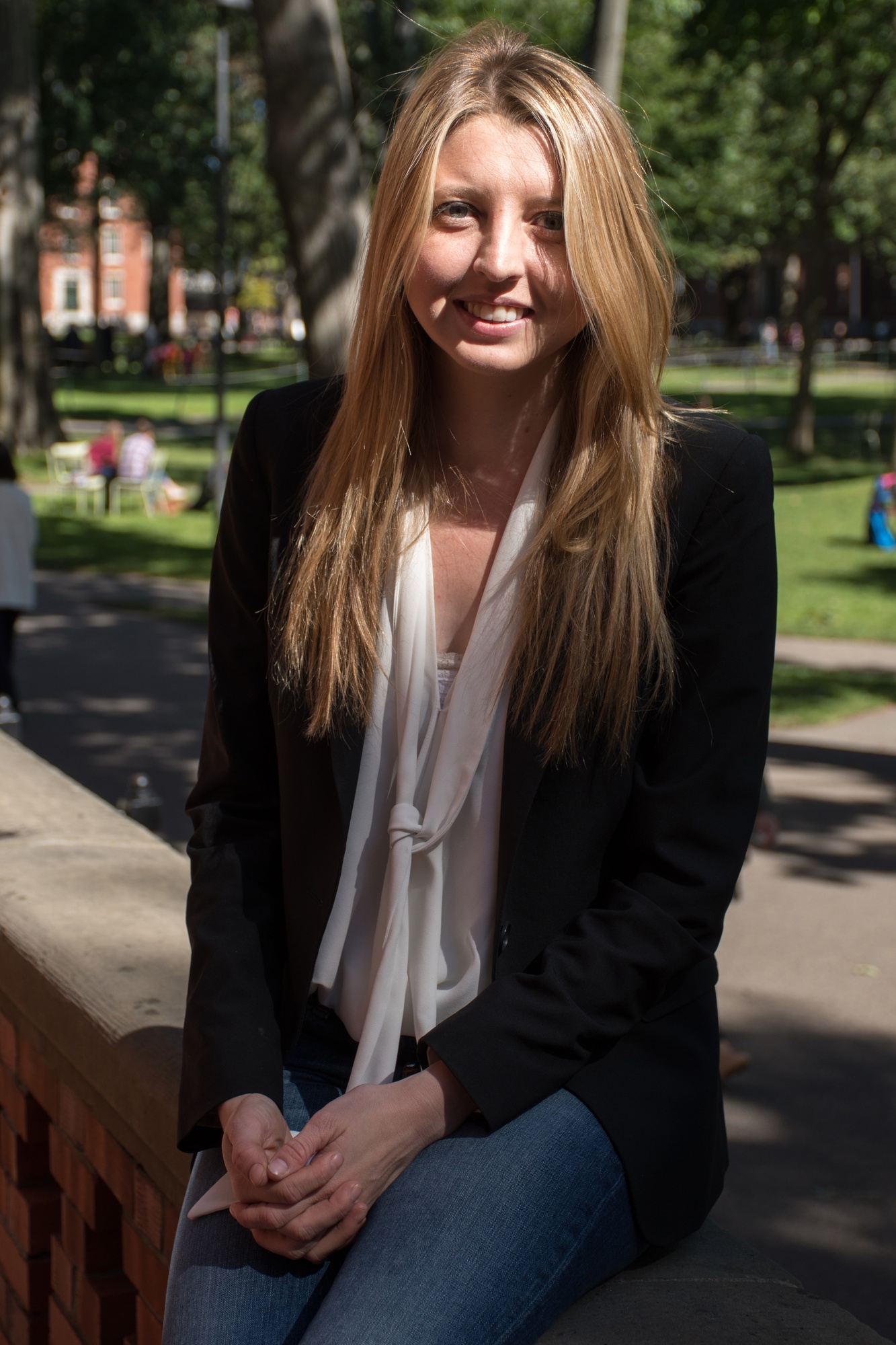 Berkeley E. Brown '18 was elected as the First Marshal of the Class of 2018 Friday, following two rounds of voting. Wyatt M. Robertson '18 will join her as the Second Marshal.
By Benjamin E. Frimodig, Kenton K. Shimozaki, and Mila Solaja, Crimson Staff Writers

After two rounds of voting, the class of 2018 has elected eight senior class marshals.

The Senior Class Committee is charged with organizing class-wide events leading up to Commencement in May, orchestrating the Senior Gift fund, and planning reunion events post-graduation.

Berkeley E. Brown ’18, the class’s first marshal, will lead the Senior Class Committee. She said she was “shocked” when she learned that she had been elected for the top position by her fellow classmates. 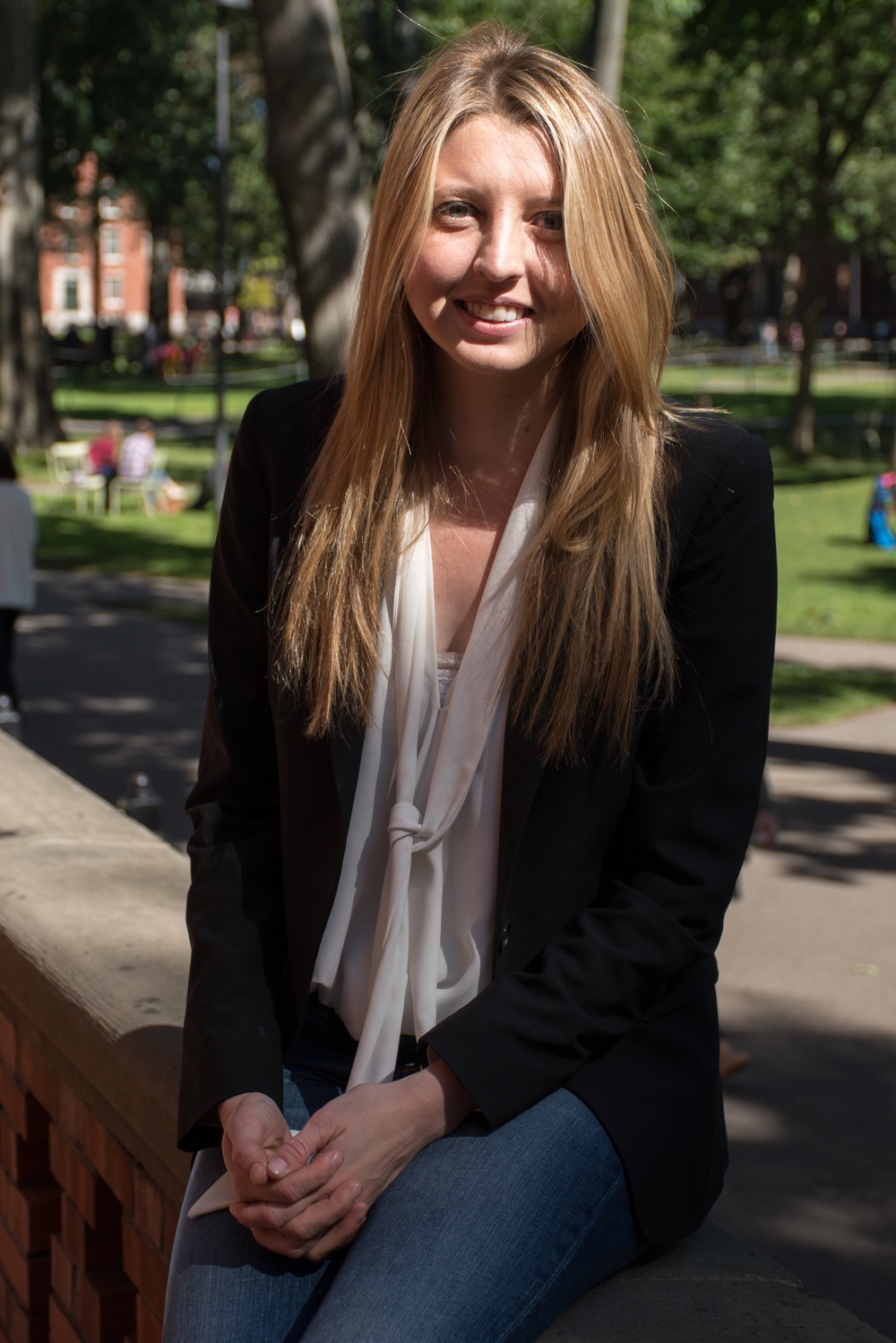 Berkeley E. Brown '18 was elected as the First Marshal of the Class of 2018 Friday, following two rounds of voting. Wyatt M. Robertson '18 will join her as the Second Marshal. By Megan M. Ross

“I’m just so excited to be in this role, and so humbled and shocked just by my classmates coming out to vote and supporting me,” Brown said. “I really want these events and initiatives to help allow the class of 2018 to reflect on what’s been important to them in their time here.”

Wyatt M. Robertson ’18, the class’s second marshal, wants to use his role to create a balance between “high-energy” events and occasions for seniors to reflect on their time at Harvard.

The group also includes six program marshals, elected from a pool of 36 candidates, and six gift marshals appointed by the Harvard College Fund.

Program marshals, who work alongside the first and second marshals, will implement and organize programs and events for their year, with continuing involvement after graduation, when they are responsible to help plan and facilitate alumni activities both regionally and online.

Sara S. Surani ’18, one of the elected program marshals, said she is most excited to plan Senior Week and create a “year to remember.”

“As you go to your Houses you have House community, but you lose a part of the class community,” Surani said. “I want to bring back that kind of senior year feels of high school.”

Another program marshal, Jerry G. Nelluvelil ’18, also hopes to foster a sense of class camaraderie by “meeting more people and seeing what other parts of Harvard want from their senior year.”

In addition to each year’s traditional events, Nelluvelil expressed an interest in implementing new ones, such as scavenger hunts in Cambridge.

Six class gift marshals will be responsible for leading the effort to solicit donations from their fellow classmates for the annual Senior Gift campaign. Donations will benefit either the Harvard College Financial Aid Initiative or a separate unrestricted fund for College programming.

“A lot of students should know about the opportunity they have during their senior year to benefit future generations of Harvard College students,” Gonzalez said.

Fellow gift marshal Alec K. Reed ’18 echoed the sentiment: “We’re so fortunate to be the beneficiaries of a tradition of alumni giving.”

Over half of the members in the class of 2017 donated to the Senior Gift fund last spring. The average donation in previous years has been roughly $20, according to Gonzalez.

“You can benefit future generations of Harvard students with the same amount of money that you would spend on three burritos,” Gonzalez added.

The following seniors were selected as members of the Senior Class Committee: