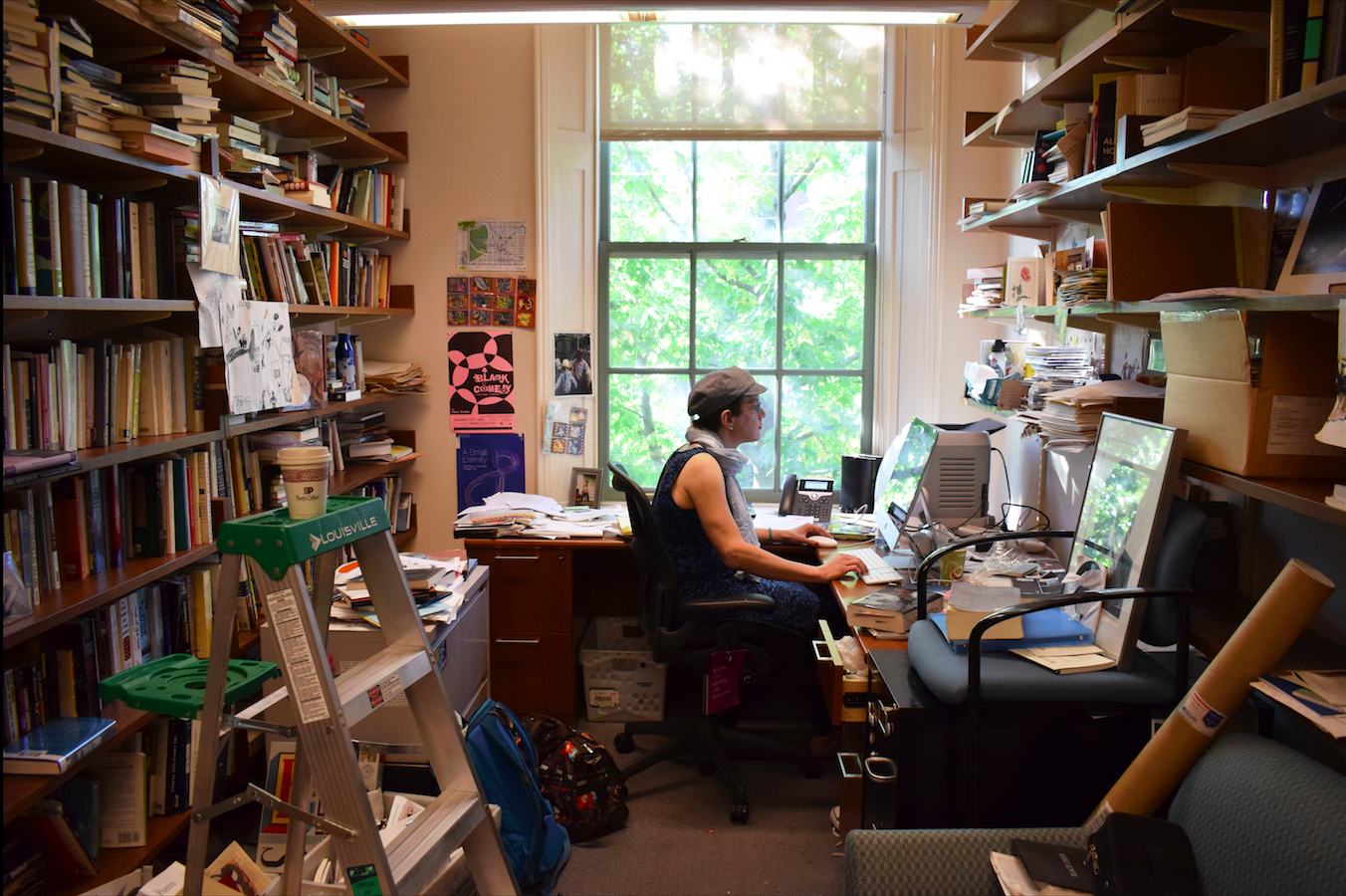 We need ways to imagine a future that is different from the present, because the present isn't really working out all that well and because we would like the future to be different.
By Heidi Lai and Devin B. Srivastava

Professor of English Steph Burt ’94 teaches “English 182: Science Fiction.” FM talked to her about how the genre both imagines the future and impacts the present.

Editor’s note: This interview has been lightly edited for clarity and length.

SB: In the recent past, it has been stigmatized. It's been uncool to be visibly into SF. I think that has receded because of Silicon Valley and geeks taking over the money world, but it's still there to some extent, and people feel pushed away from it because it's very good at addressing the concerns of children: How does the world work? How can people grow and change and become really different?

It has historically been written with an imagined audience that is straight and white and cis-male. That has changed radically over the past 20 to 30 years. Otherwise, I wouldn't be teaching this course.

FM: Do you feel like there's academic value to the genre and if so, what is it?

Part of my course is about how that changed and why it changed, and why non-realist genres—in particular science fiction—are uniquely useful. We need ways to imagine a future that is different from the present, because the present isn't really working out all that well and because we would like the future to be different. That is what science fiction is uniquely good at and that's why we need it.

FM: Do you think that science fiction is an escape or a call to action in reality? Or both?

FM: Based on your work, can you predict the future?

Burt: I can envision a lot of futures that could happen. I can easily imagine the end of civilization coming from a nuclear exchange between the United States and North Korea. I can also imagine a future in which the southeasternmost part of the United States is underwater, but the northeastern, midwestern, and northwestern parts have a society much like the one that we have today… with single-payer health-care and much more equity in access to education and a more welcoming climate for queer and trans people. That's absolutely plausible.

It depends. It's pretty easy to find works of science fiction that made the future they envisioned more likely. It's also easy to find works of science fiction that tried very hard to have the opposite effect. “1984” is a warning to English language audiences about what totalitarianism was and is and how to recognize it before it's too late. It's hard to measure its effect, but two things happened after November of last year. One is “1984” flew off the shelves. Another is a lot of people filed to run for local office. One might argue that those two things are related.