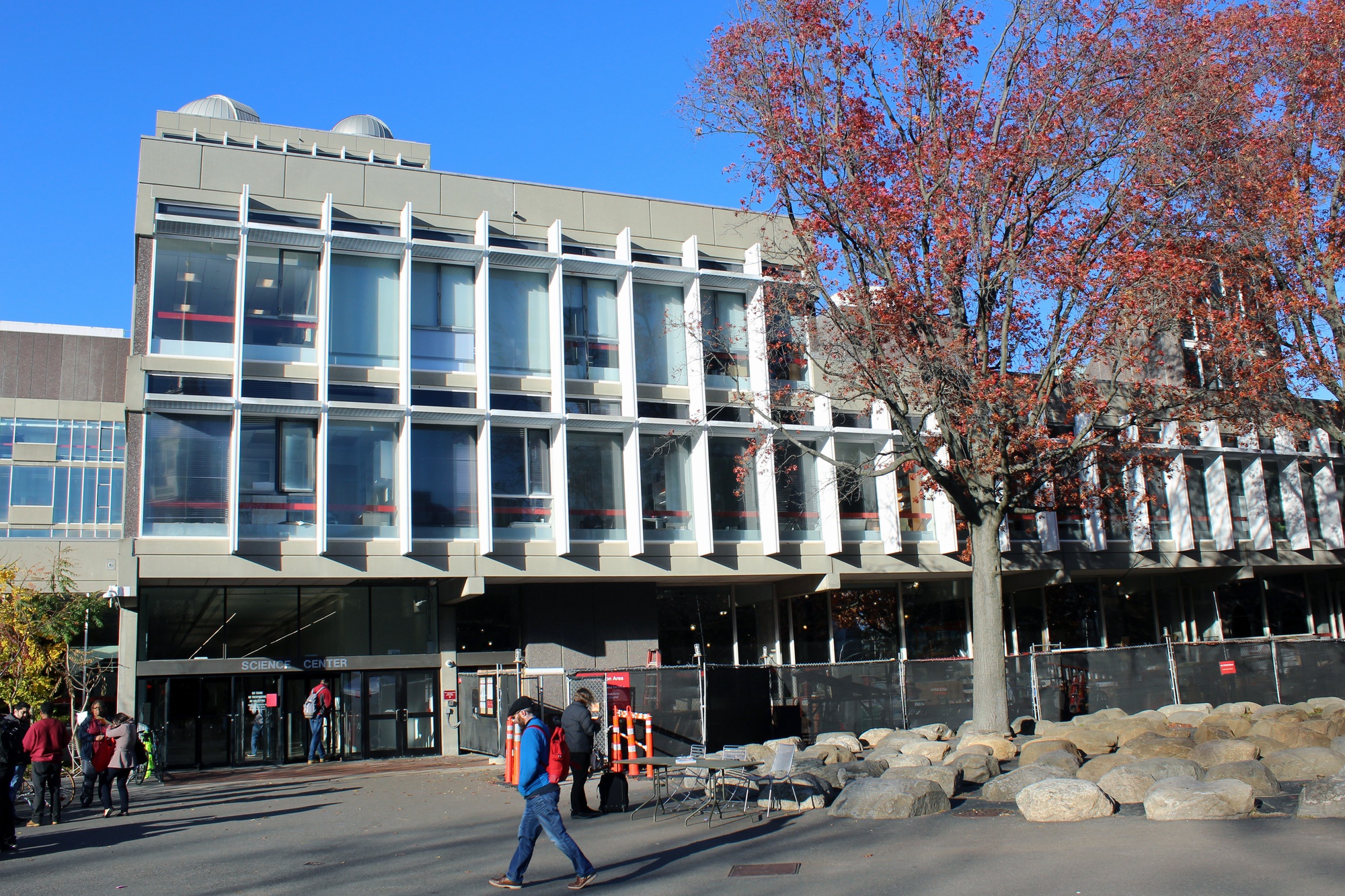 The Science Center at 1 Oxford Street is a focal point of the undergraduate STEM experience at Harvard, hosting many large introductory courses and laboratory-based classes. Professors and researchers at the University have expressed concern that federal funding for scientific research may be curtailed by the Trump administration.
Advertisement
Advertisement

Apocalypse Then: Surviving Y2K at Harvard

“We were sitting there, stroke of midnight, watching it progress across the world."
By Nina H. Pasquini and Eva K. Rosenfeld

The year was 1999, the Harvard-Radcliffe merger had just been finalized, Mambo No. 5 was at the top of the charts, and the tabloids said we were doomed.

Experts were concerned about the Y2K bug, a problem in computerized systems expected to cause chaos around the world at the turn of the millennium. From the 1960s to the 1990s, programmers had used a two-digit system to represent years—but they worried that when ’00 came around, programs wouldn’t realized that one hundred years had passed. In their confused state, the computers might think, for example, a newborn baby was turning 100. A plane scheduled to leave Jan. 1, 2000 might be rerouted for the year 1900.

“And that can mess things up,” Scott O. Bradner, a coordinator of the Year 2000 project, says. Bradner was part of an effort to secure University systems before the turn of the millennium. “There was a huge human cry on it worldwide that went on from about 1995 through to the end of the century. People were saying that the IT world would end. Planes would crash. All kinds of stuff would happen.”

Or maybe not. As Harvard prepared for the turn of the millennium, many aspects of campus life remained utterly normal: In late 1999, President Bill Clinton went on TV to issue a public service announcement in conjunction with the Harvard School of Public Health. He did not caution against the perils of Y2K, but rather about the dangers of drunk driving.

That’s not to say that Harvard didn’t take the threat of IT malfunctions seriously. In fact, Harvard had already felt some of the effects of Y2K—on their freshman move-in day in 1996, the class of 2000 briefly couldn’t access their dorms because University systems thought they had graduated in 1900.

Bradner explains that the general ledger application, which recorded transactions related to the University’s assets, revenue, and expenses, was not Y2K-proof. “Things like that—software that was designed to do bookkeeping—would be in significant trouble,” he says. “There was definitely real reason to worry.” Bradner and Eagan spent New Year’s Eve of 1999 in the basement of the Science Center, waiting to see how computer systems would react to the date change.

“We were sitting there, stroke of midnight, watching it progress across the world,” Bradner says.

Elsewhere on Harvard’s campus, the mood was less apocalyptic. Geoffrey B. Mainland ’00 was one of the few students on campus at the turn of the millennium. After a brief visit home to Ohio for the holidays, Mainland returned before the new year to work on a Computer Science independent study project. It was a mild December with little snow. From his dorm in Cabot, the atmosphere felt quiet and lonely.

“Especially up at the Quad,” Mainland says. “Nobody was around.”

Mainland attended a friend’s New Year’s party in Dorchester. The partygoers, in his memory, were unconcerned with the Y2K bug. “We were all pretty oblivious to that,” he says.

Mainland remembers a long walk to catch the train back to campus. He called a few friends on the West Coast, three time zones behind, to wish them a happy New Year’s from the other side of the millennium.

Further festivities cropped up in swankier locales. The Harvard Faculty Club planned a “Millennium Celebration” with food, drink, and dancing. Cost for entrance was $99 per person.

Houghton Library launched an exhibit called “TEOTWAWKI: Futuristic Visions in Houghton’s Collections.” The clunky acronym was ‘90s internet forum jargon for The End Of The World As We Know It, and on display were historical writers’ and artists’ visions of radically unfamiliar futures. The works, among them Dante’s “Inferno,” H. B. Welles’’ “The War of the Worlds,” and T.S. Eliot’s “The Wasteland,” were accompanied by apocalyptic imagery.

“The closing date of the exhibition is hypothetical at this point depending on what transpires when the clock turns on January 1,” Karen Nipps, the exhibit’s curator, told the Harvard Gazette in Dec. 1999.

This tongue-in-cheek attitude was not necessarily an indicator that the risks of Y2K were a fluke, but a testament to years of preparation. The City of Cambridge assured that both public infrastructure and private businesses were Y2K-compliant months in advance. The medical and dental schools planned to have representatives from each department, as well as engineers and police officers, working on New Year’s Eve. Staff would monitor equipment and walk the buildings in teams at midnight to identify whether any malfunctions had arisen.

“We were concerned, but not worried. We thought we’d done a pretty good job. And we knew that none of the major systems were going to fail,” Bradner says.

His prediction was correct. Life went on. The class of 2000 graduated in the spring.

“At the end,” Bradner says, “it was pretty anticlimactic.”