Some at Harvard Criticize Diversity of Women’s March 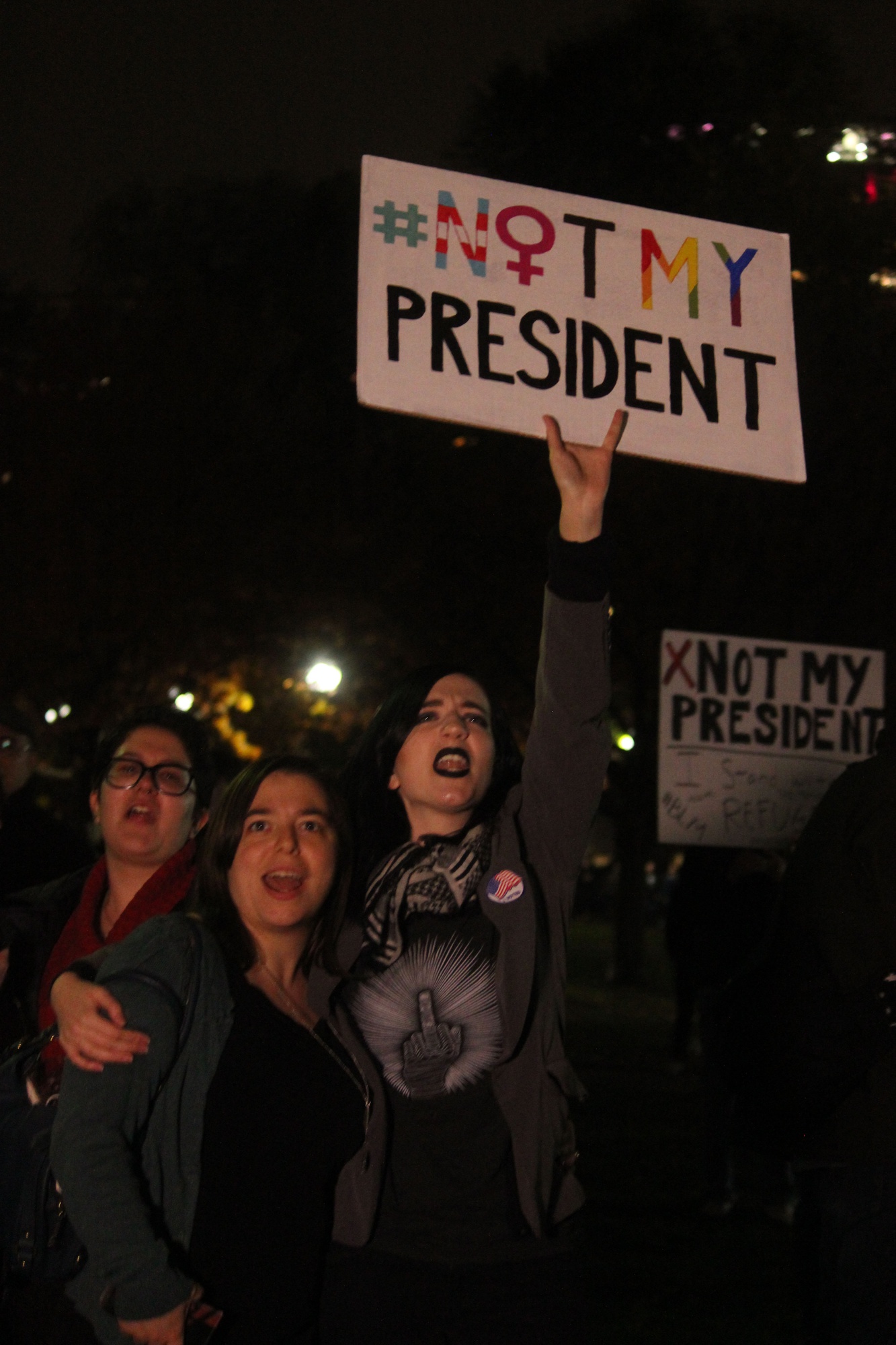 A protester marches down Boylston Street in Boston on Wednesday evening as part of a rally against the presidential election of Donald Trump. Thousands of people gathered at the Boston Common to express their frustration.
By Alice S. Cheng and Kristine E. Guillaume, Crimson Staff Writers

When millions of demonstrators gathered across the country on Jan. 21 to march for women’s rights, many criticized the protest for its lack of diversity. Some Harvard students who participated in the Boston’s Women’s March agree, saying that the protest could have represented a wider variety of perspectives.

In Boston, hundreds from Harvard joined a crowd of 175,000 protesters to advocate for women’s, immigrant, and minority rights. Despite the range of issues presented at the march, some thought the protest was more inclusive to white, cisgender women than others.

For Eriko M. Kay ’17, who participated in the march on Saturday, a focus on traditional femininity was disappointing. 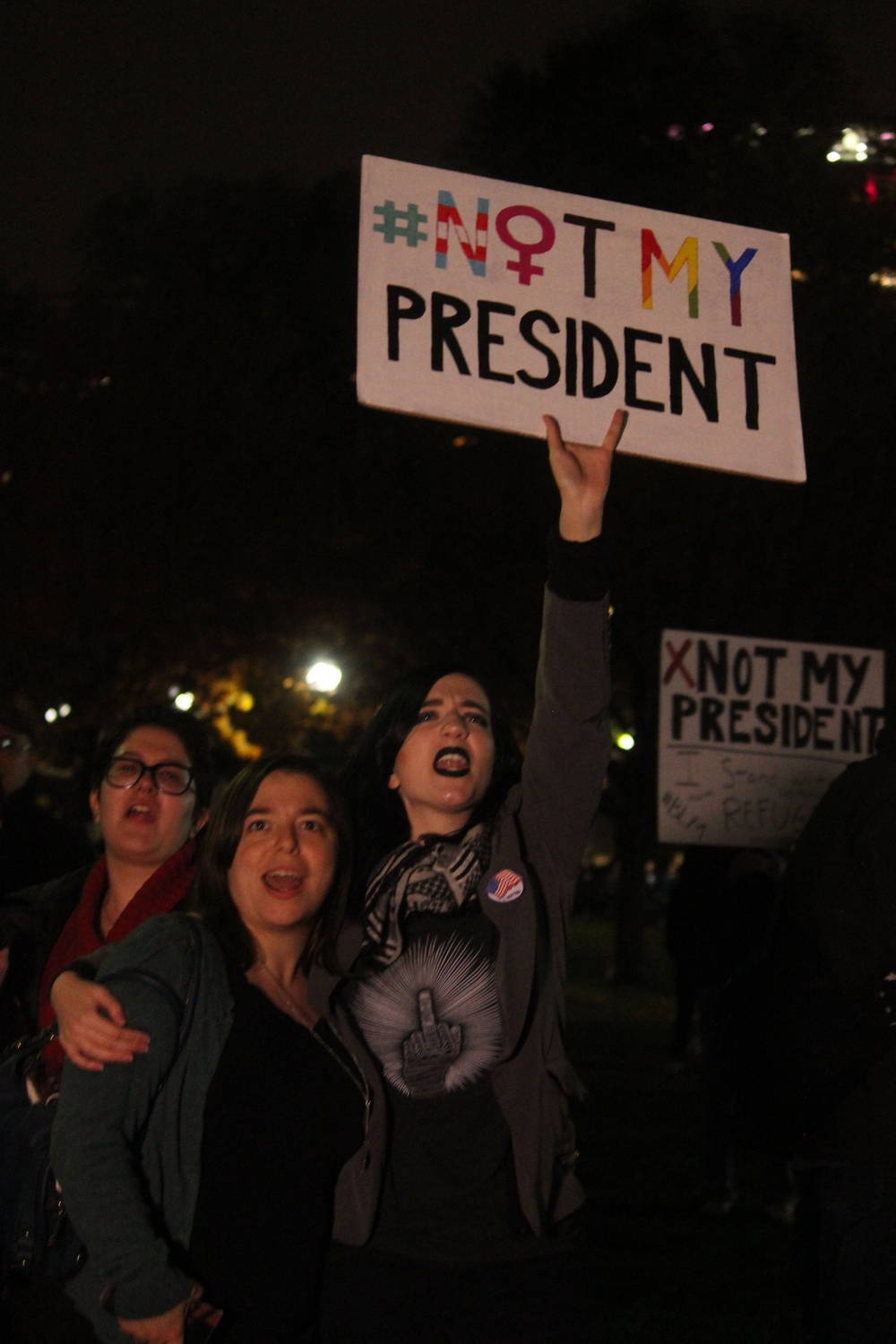 To Kay, pink, a color adorned by many marchers, is a “racialized” color that is more pertinent to white women than people of color. She also said several protesters’ signs had “graphic” depictions of female anatomy which may have excluded gender non-conforming and transgender women.

Sally Chen ’18, who also participated in the march, said she was bothered by some chants that referenced female anatomy, saying she preferred more gender-neutral statements such as “my body, my rights.”

“The Women’s March ideally would be more conscientious of our trans sisters as well,” Chen said. “That was probably one thing that bothered me a little bit.”

Others said that women of color were underrepresented during the march. Many demonstrators from Harvard and around the United States took to social media after the march, saying they were concerned with the protest’s large number of white women.

Students from Harvard Law School organized a breakfast and rally before the march, featuring speakers from several of the school’s cultural affinity groups such as La Alianza and the Black Law Students Association. According to Kristin A. Turner, president of the Harvard Black Law Students Association, the rally garnered a crowd of about 200 students.

Turner said she was pleased to see an emphasis on issues affecting people of color, even though some said the Boston march was predominantly white.

“I was definitely very pleasantly surprised to see as many Black Lives Matter signs and especially those being held by non-black colleagues,” Turner said. “I like the endorsement of immigrant’s rights and worker’s rights.”

Natalie D. Vernon, president of the Harvard Law Women’s Law Association, also noted that involvement of people from all racial backgrounds might promote a more unified charge for women’s rights and that differences in background may account for better activism in the future.

“Some women have more experience through what life has thrown at them with resisting, protesting, pushing back, calling out violence, noting oppression,” Vernon said. “I think some women maybe not have been exposed to that as much.”