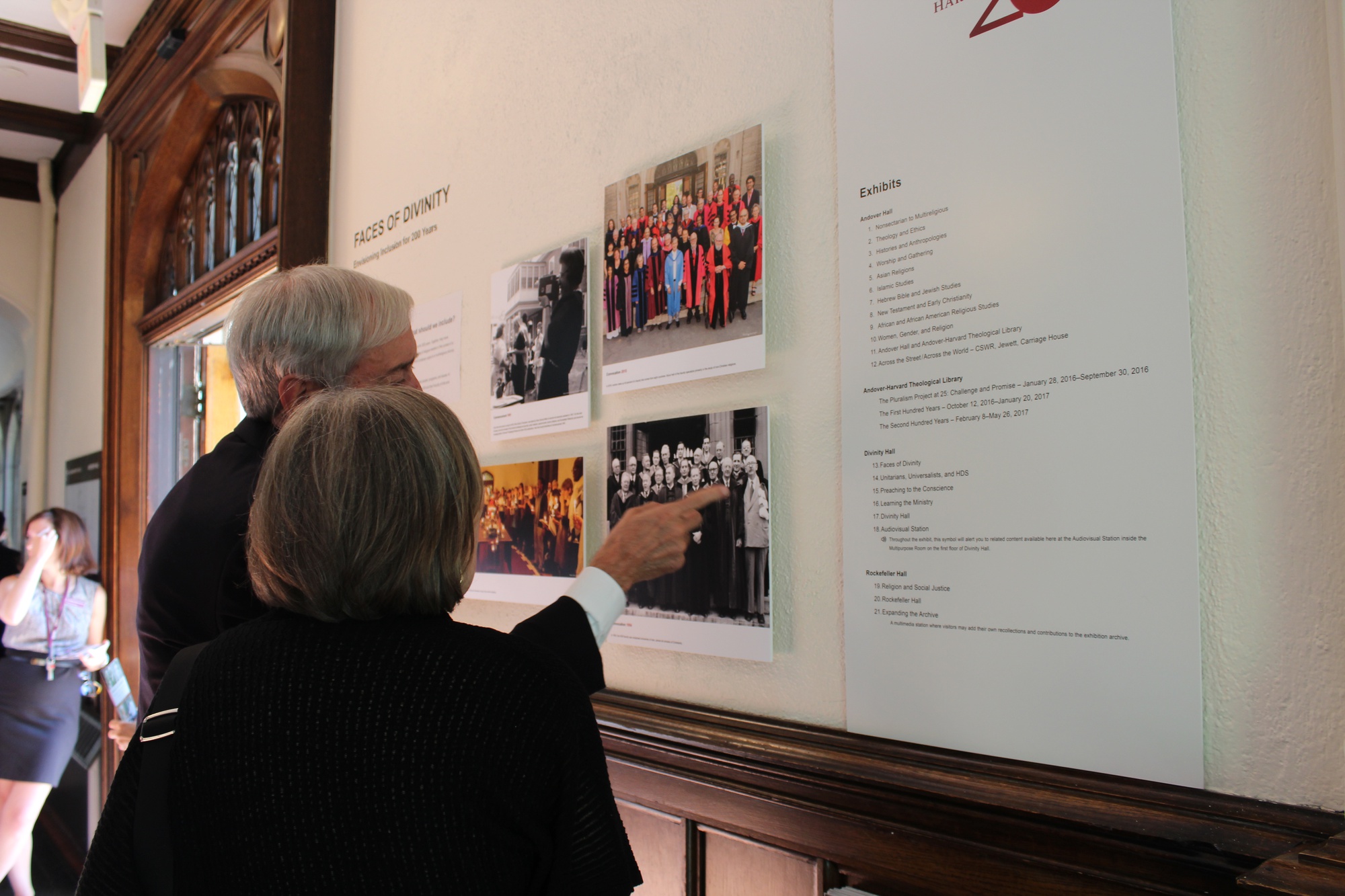 Former Harvard Divinity School Dean George E. Rupp observes an image from the exhibit “Faces of Divinity” with his wife, Nancy. The exhibit opened in celebration of the Divinity School’s bicentennial and examines history of how it became a non-sectarian school.
By Jiwon Joung, Crimson Staff Writer

The Divinity School is celebrating its bicentennial this year with a series of events, beginning with the Faces of Divinity exhibit that launched Tuesday.

Founded in 1816 as the first non-sectarian theological establishment in the United States, the Divinity School is seeking to reflect on its past and to move forward with a renewed sense of mission.

“For two centuries HDS has advanced the study of religion and empowered men and women to serve others around the world. The bicentennial will allow us to reflect on this rich history, even as we envision anew the school’s mission for the future,” Divinity School Dean of Faculty David N. Hempton said.

The opening reception of the first bicentennial event took place Tuesday alongside the launch of the Faces of Divinity exhibit, which explores how the Divinity School transformed from a nonsectarian institution to the multi-religious school it is today. Located in Andover, Divinity, and Rockefeller Halls, the exhibit contains various media including photos, paintings, and poetry.

“The exhibit we mounted throughout the school for the bicentennial peoples our halls with some of those who helped move the school in a multi-religious direction over the last 200 years,” Divinity School Senior Lecturer Ann D. Braude said.

The exhibit has also influenced current Divinity students as they continue their studies.

“The exhibit inspired me to recognize the next three years ahead of me as an opportunity to play an important role in the world,” Lisa Richmond, a first-year masters student at the Divinity School, said.

The exhibit is the first in a series of events planned throughout this academic year.

“It’s incredible to see how much has gone on over the last 200 years. I’m definitely looking forward to learning more about that, and also how what has happened before informs the possibility of what happens in the future,” Richmond said.

—Staff writer Jiwon Joung can be reached at joung@college.harvard.edu. Follow her on Twitter@YunaJoung.