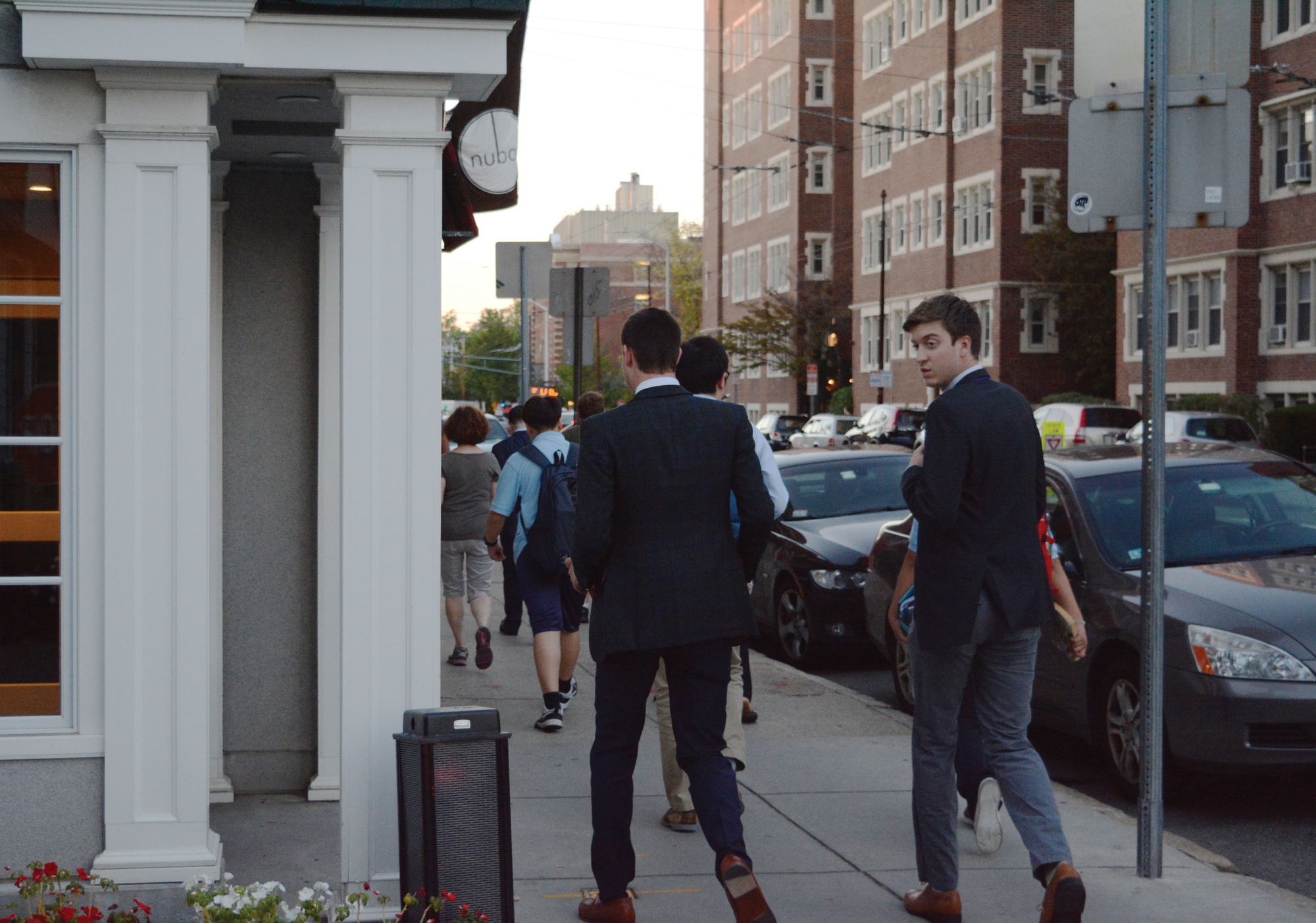 Students walk into the Sheraton Commander before the first punch event for the A.D. Club on Tuesday night.
By Jonathan G. Adler and C. Ramsey Fahs, Crimson Staff Writers

Scores of blazer-clad undergraduate men trickled into the ballroom of the Sheraton Commander hotel Tuesday evening for the all-male A.D. Club’s first ever “open punch” event. 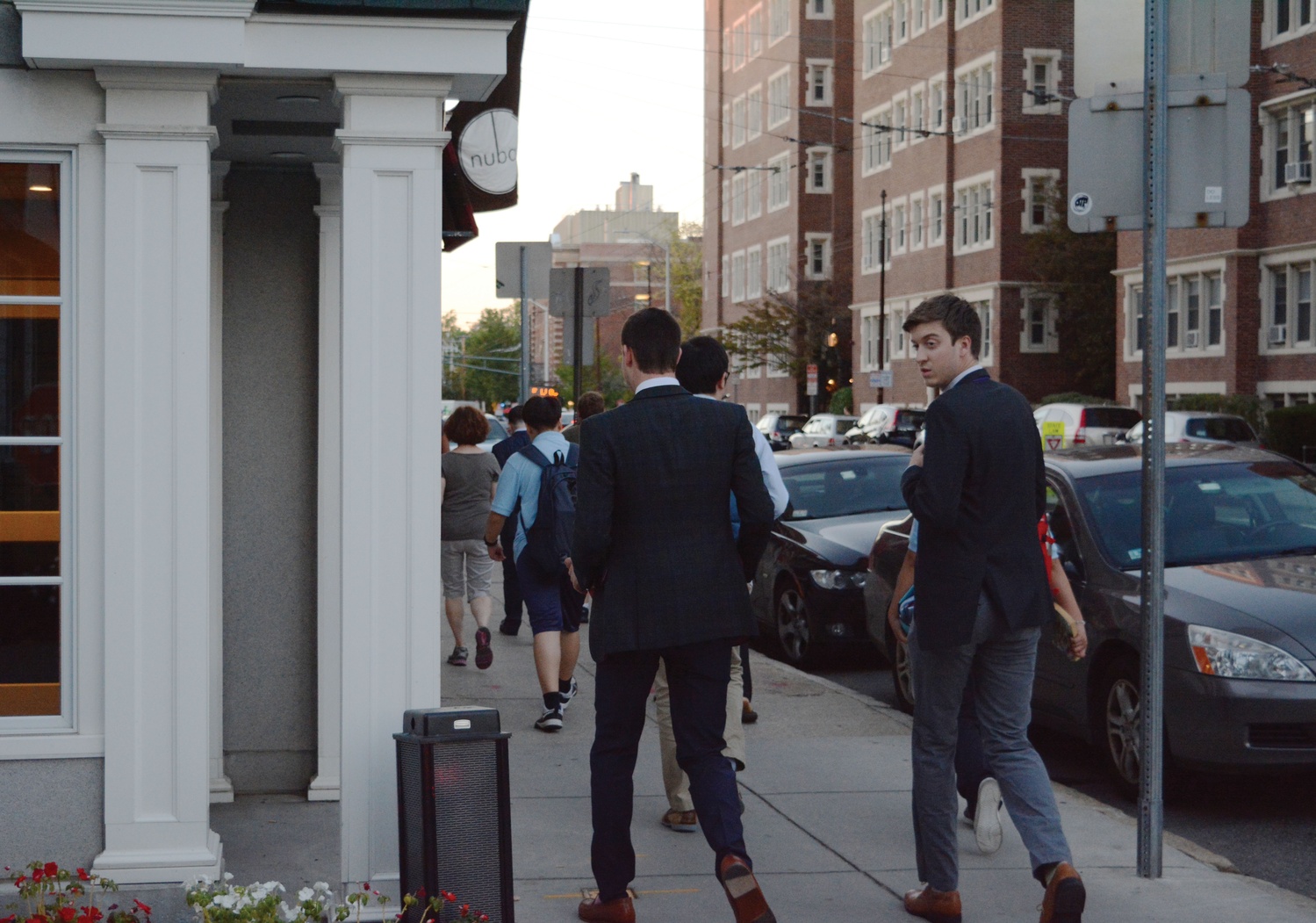 Students walk into the Sheraton Commander before the first punch event for the A.D. Club on Tuesday night. By Jessica M. Wang

Despite some apparent mix-ups in the invitation process, the event, which allowed a wider selection of men the chance to vie for entry into the 180-year-old final club than were permitted to do so in years past, went off largely without a hitch.

Standing in small groups around undergraduate and graduate members of the A.D.—identifiable by their bull-festooned black neckties—prospective members made small talk and sipped soft drinks for the better part of an hour. Dimming lights indicated the end of a given shift, at which point the punches made way for a new group of men. In all, the A.D. hosted punches in three separate hour-long sessions, with the entire event running from 7 to 11 in the evening.

Traditionally, punch—the weeks-long process each fall by which students attempt to join social groups like the A.D.—has been limited only to those who were invited. Following a University-wide report on sexual assault that condemned final clubs and Greek organizations, Bartels announced in March the club’s decision to open the punch process to all male sophomores.

One invitee notably absent from Tuesday’s proceedings was Cory Ransom ’19, a woman who received an emailed invitation and subsequent confirmation from the club, which apparently did not notice that her gender would disqualify her from membership. Despite a tongue-in-cheek Facebook event which suggested she would attend Tuesday’s event, Ransom decided not to go after the A.D.’s undergraduate leadership emailed her an apology.

“The invitation was extended to sophomore men, and we regret the inconvenience this has caused you,” the A.D. wrote in the apology, which Ransom shared with The Crimson. “Respectfully, we beg your pardon.”

The A.D. is not alone in changing its recruitment practices. Last spring, the all-male Porcellian Club decided to open its punch process, as did the traditionally all-female—soon to be gender neutral—Sablière society this fall. On Tuesday, the all-male Owl Club became the most recent final club to announce its plans for an open punch.

Although Owl Club leaders declined to comment on their motivations, the three other clubs hosting open punches cited last year’s intense administrative pressure as one motivation behind the decision. In May, Dean of the College Rakesh Khurana announced a new policy sanctioning members of single-gender social organizations. Starting with the Class of 2021, members of those groups will not be eligible for leadership positions in College-recognized clubs or administrative endorsement for postgraduate fellowships like the Rhodes and Marshall.

Still, despite the unique nature of this year’s punch, one A.D. member chatting with punches suggested that little had fundamentally changed.