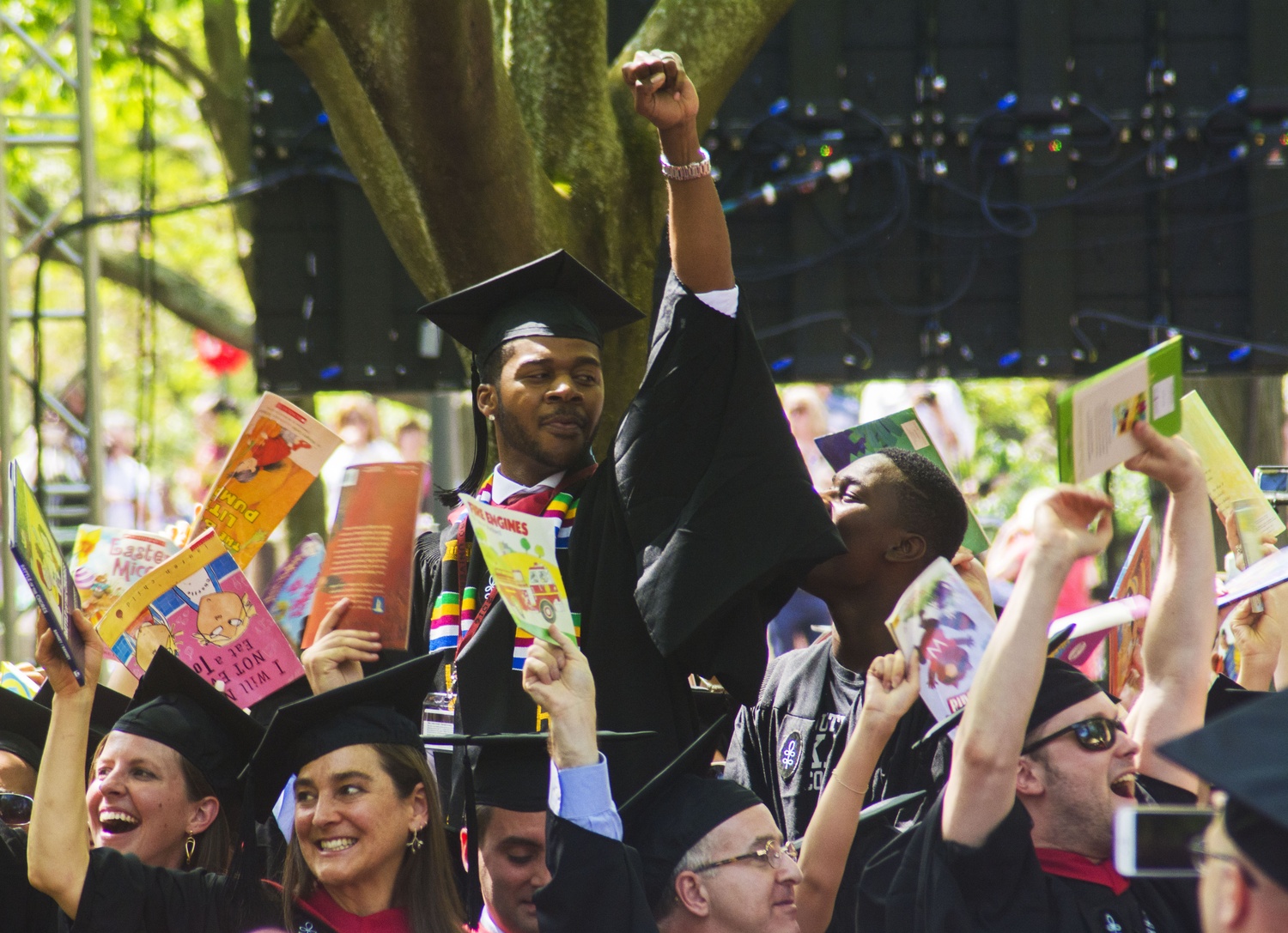 Class of 2016 member Donovan A. Livingston raises his fist in the air as Drew Faust confers degrees to candidates from the Graduate School of Education. By Sidni M. Frederick
By Andrew M. Duehren and Daphne C. Thompson, Crimson Staff Writers

In a sunny and spirited Tercentenary Theatre, Harvard awarded 7,727 degrees and 11 certificates during its 365th Commencement exercises Thursday morning, including 1,661 degrees to Harvard College students and 988 to students in the Graduate School of Arts and Sciences.

Beginning with an exuberant declaration of order from the sheriff of Middlesex County, the ceremony featured a number of student speakers before the traditional conferral of degrees. The deans of each of Harvard’s 12 schools conferred the degrees, and University President Drew G. Faust commended the now-graduates on their scholarship. 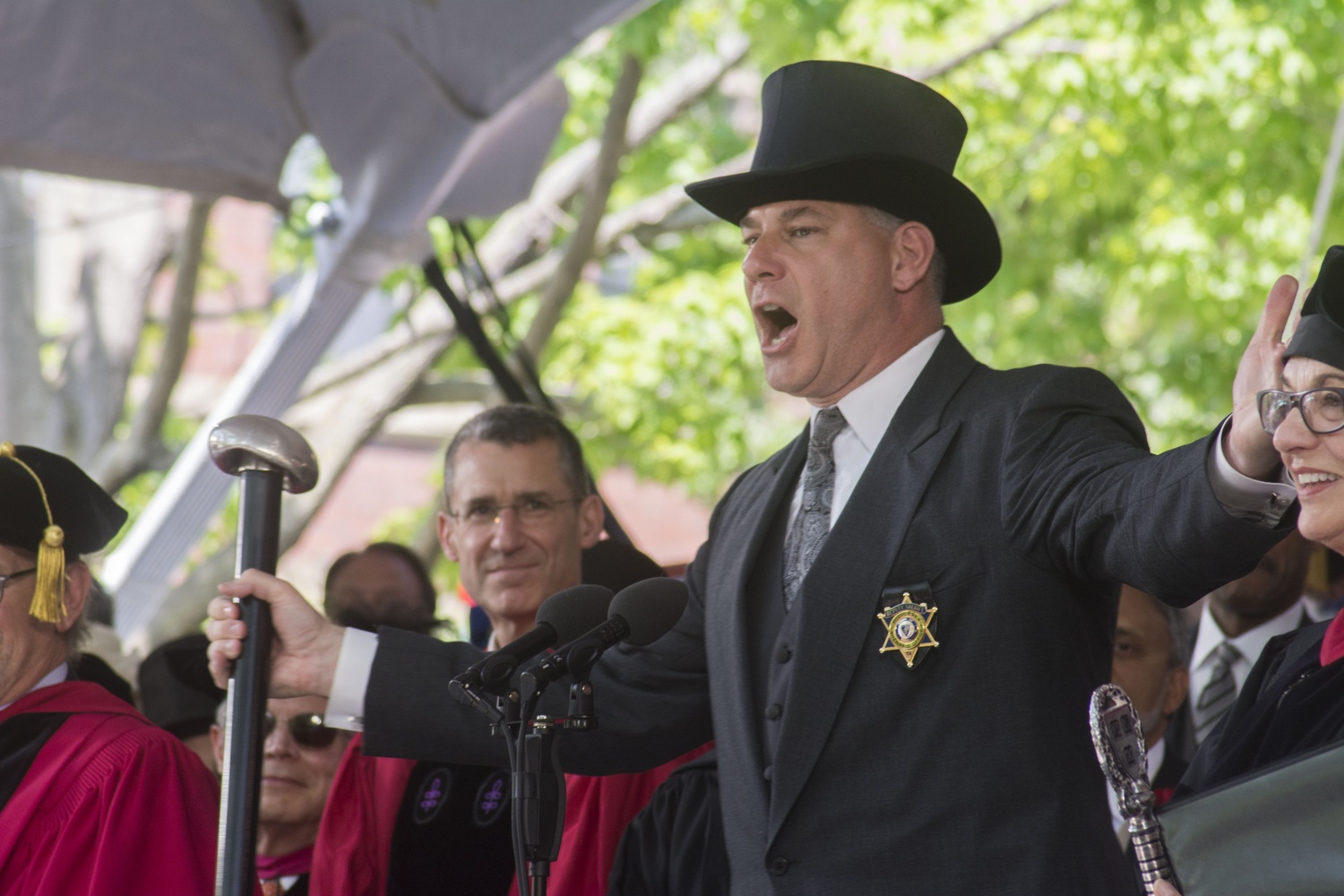 As audience members fanned and shaded themselves with programs, the robe-clad students waved gavels and globes, among other objects, when their respective schools were addressed.

Three students took center stage to deliver the customary orations. Anne A. Power ’16, in the Latin Salutatory, discussed the particularities of the Harvard vernacular—the “Thesaurus Linguae Harvardianae”—while graduate student Jiang He spoke about the need to spread medical technology to developing countries.

Joshuah B. Campbell ’16 delivered the undergraduate English address, titled “Sorry, Not Sorry”; he encouraged his fellow graduates to be true to themselves.

“We obsess over whether or not every fiber of our being is ringing in tune. I have a fear: I fear that I don’t know how to live life authentically because I’ve spent so much time trying to make a perfect version of myself,” he said.

“It’s high time I learned to live without apology,” he added. “Being authentic requires it. It means not apologizing for the imperfections because those imperfections make up our beautiful differences.” 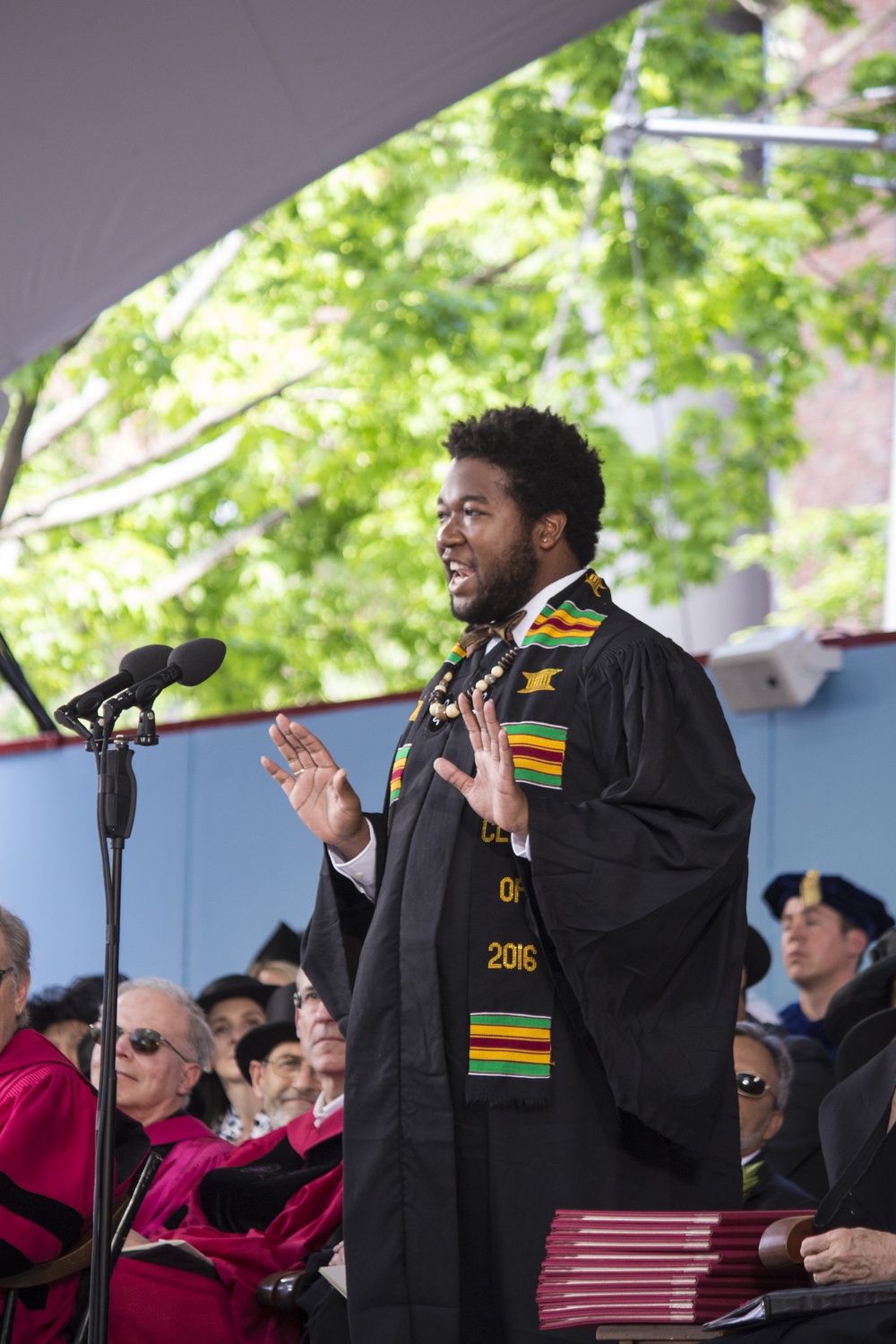 Spielberg was scheduled to later deliver the Commencement address in the Afternoon Exercises.