Covering Ground: Barriers and Entries to STEM at Harvard

Introductory courses act as both gateways and barriers into Harvard’s STEM-based concentrations, as low-level courses increasingly are tasked with catching students up to their peers.
By Jonathan G. Adler 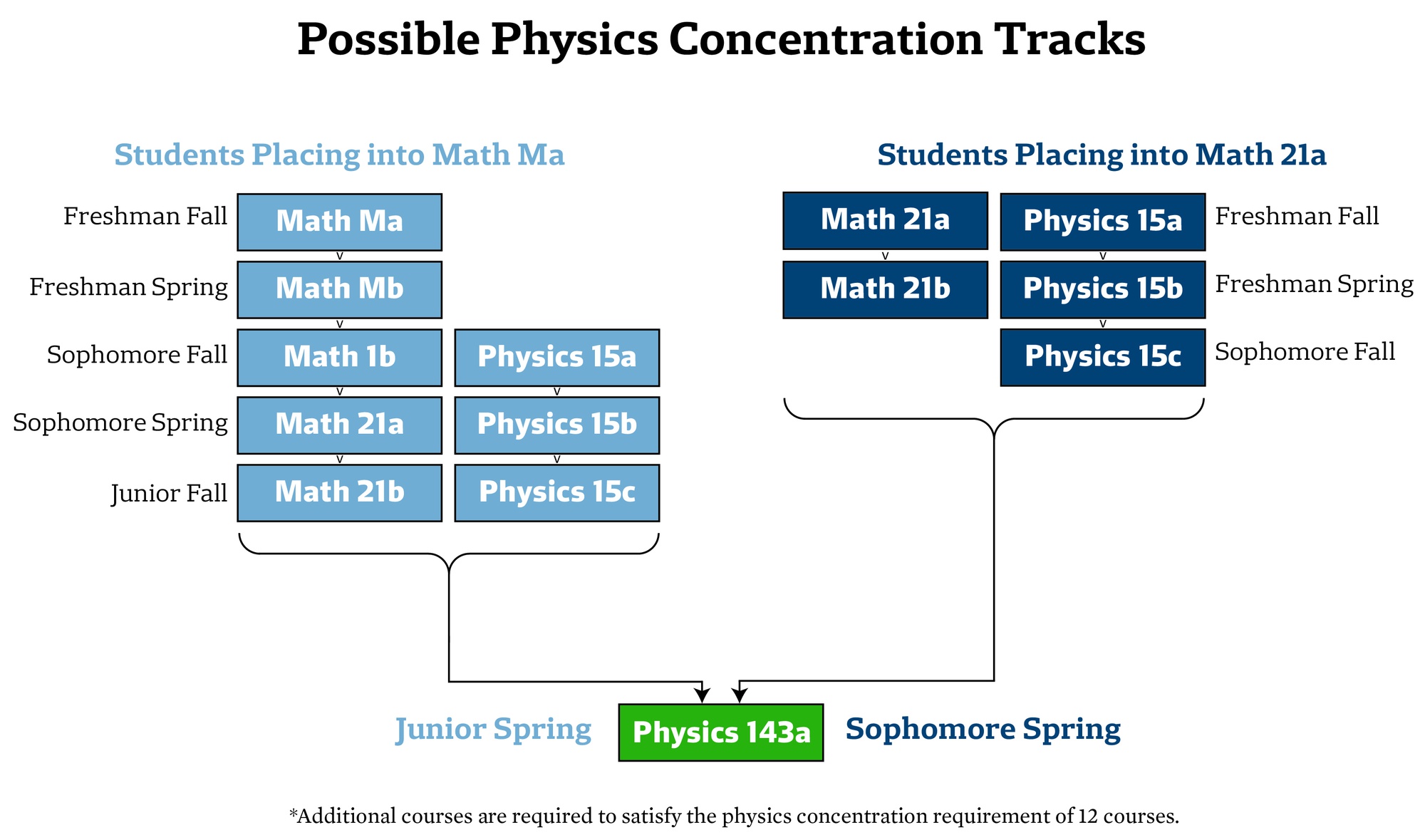 In sixth grade, Quentin E. Neroes ’19 found himself drawn into the orbit of astrophysics, a field he discovered through Neil DeGrasse Tyson’s “Nova ScienceNow” show on PBS. In high school, after realizing he had no opportunities to study astronomy, Neroes researched the topic online, waiting for the chance to study it formally in college.

The reality when he arrived at Harvard, however, was quite different from what he had hoped to find. Lacking a firm background in mathematics, Neroes struggled to keep up with his classmates in the introductory course for his intended field, Astronomy 16: “Stellar and Planetary Astronomy.”

“When I got into my astronomy class last semester, I was virtually lost the entire time, learning as I was doing the work,” Neroes said. “It’s not the best way to do things.”

Neroes attended high school in the Dallas Independent School District, which in 2008 had the seventh-worst dropout rate of any urban school district in the United States, according to the Dallas Morning News. He said his preparation in mathematics was “not up to par” with that of his classmates at Harvard. The absence of a proper foundation in math has made college a lot more difficult, he said. 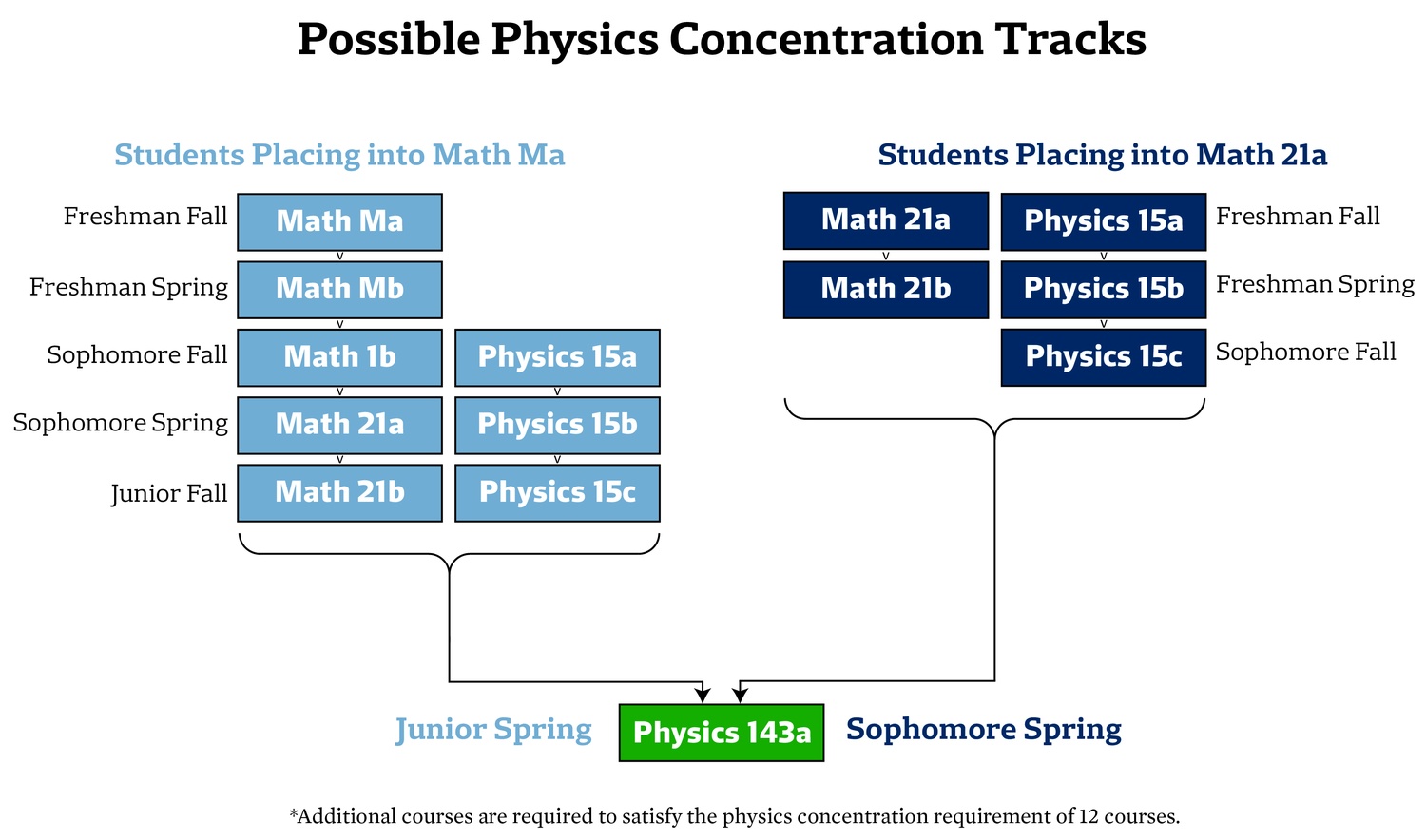 Neroes’ case may not be so uncommon. A report released in November by the College’s diversity and inclusion working group found that some concentrations’ presupposing of background knowledge—particularly in the “STEM” fields of science, technology, engineering, and mathematics—created an “unintentional exclusion” for students without strong preparation in math.

The report also came amid ongoing discussions about undergraduate students’ mathematical literacy, which the new program in General Education seeks to improve. According to Mathematics professor Robin Gottlieb, the number of students who place into the lowest-level math courses—namely Math M and Math 1—make up a “sizeable percentage” of the freshman class. While she was unable to disclose the exact number, Gottlieb said more than a quarter of freshmen placed into these courses.

“That might be what’s motivating the College to be thinking about having some sort of quantitative reasoning course,” Gottlieb said. “It seems like a little work on that would help a lot of people.”

Introductory courses like Astronomy 16 act as both gateways and barriers into Harvard’s STEM-based concentrations, as low-level courses increasingly are tasked with catching students up to their peers.

Most STEM concentrations draw from a strong foundation in mathematics. Because so many concentrations require at least basic calculus, students who hope to study STEM fields must cover a lot of ground early on, said Katherine L. Penner ’07, a teaching assistant in Mathematics who helps lead the introductory courses Math M and Math 1.

Students who place into the lowest-level math courses can reach the level of their peers, Penner said, though she noted the process is difficult.

“For students who are coming in with a weak background, which is a surprisingly high number of students, it is an extremely challenging adjustment,” Penner said, referring to Harvard’s introductory math courses. “We teach at a very quick pace compared to high school; it’s one unit every day, and we meet three times a week.”

While Penner said instructors for introductory math courses, particularly Math M, emphasize that no prior knowledge should be necessary, some students said they sometimes struggled alone with concepts they had never been taught in high school.

Salash T. Nabaala ’18, a joint concentrator in Physics and Mathematics, said the math curriculum of his high school in Kenya was very limited. Still, he wanted to study the subject and chose to pursue math and physics outside the classroom.

At Harvard, he placed into Math 1b, but chose instead to take a more challenging calculus course, Math 23: “Linear Algebra and Real Analysis I,” during his freshman fall. Despite the fact that Nabaala was a member of the Kenyan delegation to the Pan-African Mathematics Olympiad, he still found instructors incorrectly assumed he was familiar with certain math topics.

“I had to go outside the class to spend some time going through the assumptions made before I could get to the material,” Nabaala said. “I had to spend that extra time to bridge the gap.”

For Neroes, who placed into Math 1b, the prospect of taking several additional semesters to catch up in mathematics was daunting. Penner said it is important that instructors reinforce the idea that even students in Math M can go on to study at the highest levels of their respective fields.

“I refer to [students’] future in mathematics constantly,” Penner said. “They roll their eyes at me so hard, but I am relentless about it. It’s not impossible. You are acquiring the skills to get better.”

The perception that catching up is impossible is a major obstacle for students who want to enter the field but have weak math skills, both Penner and Gottlieb said.

“I think people are sometimes intimidated before they even begin, before they’ve given themselves a chance at it,” Gottlieb said. “There’s a lot of ideas that you can’t possibly do things that you actually can do.”

For Penner herself, who graduated from the College in 2007 and did not have much math preparation in high school, poor grades freshman year nearly ended her career in mathematics.

“I quit. I told myself that this was as far as I’d get, and then leave the field,” Penner said. “Clearly that worked out well for me.”

Though Harvard’s introductory math courses aim to prepare students for applied fields like physics and engineering, some students said they continue to feel overwhelmed by the mathematical requirements of those concentrations.

For Neroes, math is the largest barrier to his success in Astrophysics.

“I can understand physics concepts,” Neroes said. “But when it comes to incorporating the math into it, that’s where it gets difficult.”

Physics instructors and administrators are well aware of this barrier to entry, according to Logan S. McCarty, director of Physical Sciences Education, a field that encompasses the life sciences, Physics, Astrophysics, Astronomy, and Earth and Planetary Sciences.

“Physics in particular is challenging for students if they don’t have some prior preparation,” McCarty said, noting that the requirements for Astrophysics are slightly different than those for Physics. “If you’re starting at the most elementary level courses, it’s challenging to go through the entire sequence.”

McCarty said that experience in mathematics is the greatest limiting factor for prospective students in the physical sciences, noting that instructors require and presuppose some familiarity with calculus.

“Our current model assumes that students have the math preparation before they can take the physics course,” McCarty said.

Other concentrations like Computer Science have similar math requirements, according to the department’s Director of Undergraduate Studies Harry R. Lewis ’68. In recent years, however, the CS Department has moved to structure its concentration to accommodate students with less math experience.

“We are very careful in our curricular requirements to make sure that a student who starts even in Math M is able to complete all of the mathematical requirements, which are real,” Lewis said. “You have to take significant math to major in Computer Science, but you don’t have to come in with lots of math.”

Still, for students like William A. Greenlaw ’17, a first-generation college student, a lack of computer science in high school made the department’s popular introductory course, CS50, more difficult for him.

“In many ways I struggled to understand the concept of zeroes and ones at the very basic level,” Greenlaw said. “In the absence of that rigorous college preparatory coursework in high school, you’ll be preparing for college at college when you get here, and it becomes more difficult.”

Other STEM fields that do not initially require higher-level math, like the Life Sciences, have seen success in attracting students with less math and science experience, McCarty said.

The instructor for Life Sciences 1b: “Genetics, Genomics, and Evolution,” Andrew Berry, pointed to the creation of Life and Physical Sciences A: “Foundational Chemistry and Biology” more than 10 years ago as a step toward making Life Sciences more welcoming to a range of students.

“LPSA was invented because it was clear there was a constituency in LS1a in particular who struggled because there was too much being assumed in terms of background,” Berry said. “The starting point [in LPSA] is that we’re going to assume that you know nothing.”

Students in LPSA should have covered roughly the same concepts as their peers in LS1a by the end of the term, Berry said—or at least be prepared enough to move forward in the field.

However, not all students for whom LPSA might be helpful choose to take advantage of the course. Hunter C. Richards ’18, who studies engineering, said she followed the example of her peers, most of whom were taking LS1a.

“Everybody else was doing LS1a and I didn’t know what I was supposed to be doing, so I went with it,” Richards said. “Once I got there, I realized most of my classmates had been working in labs for years in high school and I hadn’t even used a pipette yet.”

Richards’ experience as a first-generation college student has made her engineering career more difficult, she said. Without the same parental guidance some of her peers have had, Richards said she has struggled to plan her course of study in the sciences.

“I can’t really ask my mom about really anything about college since I’m the first one in my family in my area to go to college,” Richards said. “As a first-gen student, I’ve been interested in seeing more done to help facilitate more students getting into fields like STEM because it’s really difficult to navigate alone.”

A previous graphic associated with this article incorrectly depicted the pathway through introductory mathematics courses.