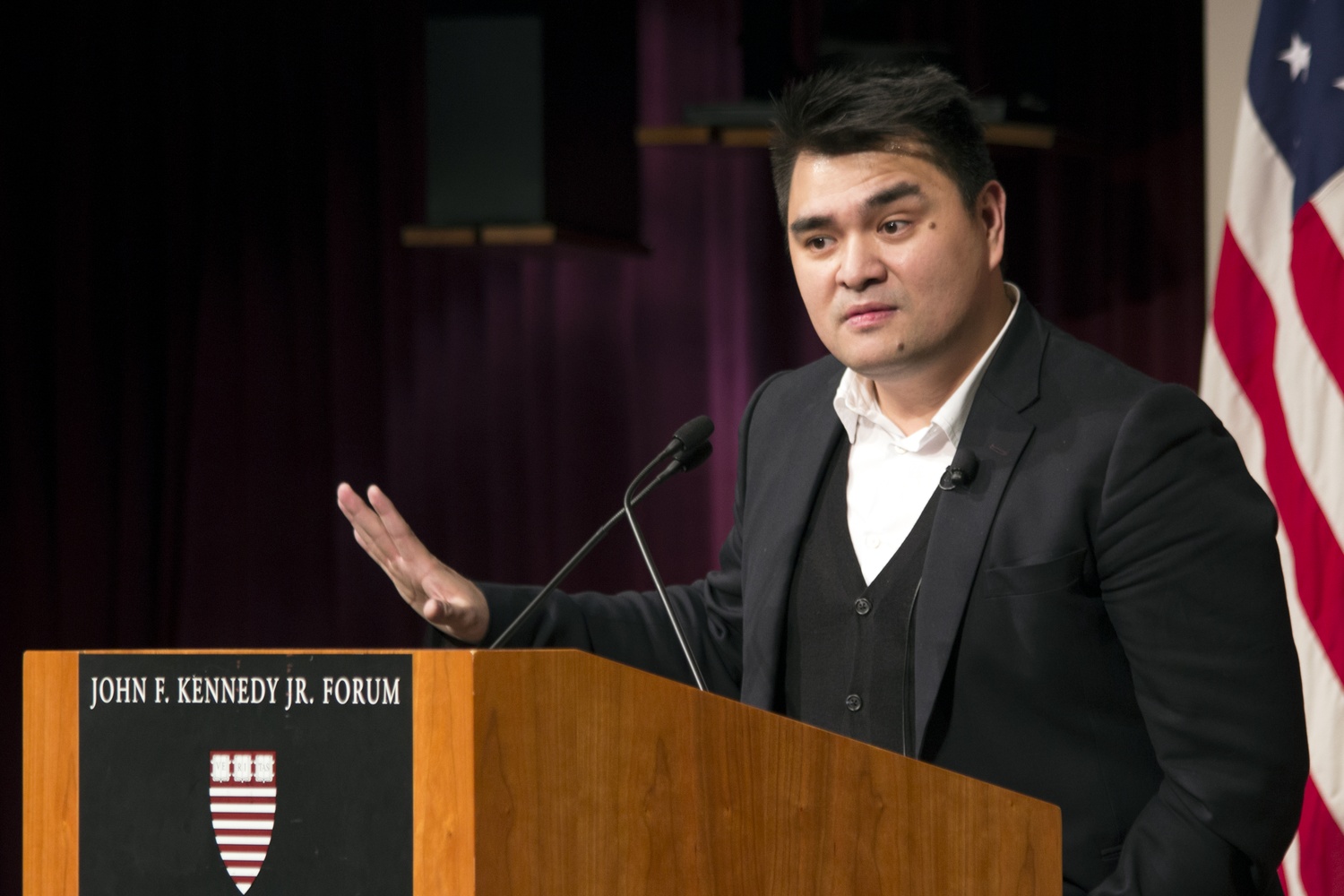 Immigration activist Jose A. Vargas discusses the role of undocumented immigrants in strengthening the U.S. economy, highlighting their contributions to Social Security and national GDP, at the Institute of Politics Monday evening. By Thomas W. Franck
By Matthew J. Leifer, Contributing Writer

The event, entitled “Define American: Humanizing the Immigration Debate” was co-hosted with the Kennedy School’s Shorenstein Center on Media, Politics and Public Policy and took place in the John F. Kennedy Jr. Forum.

Vargas came into the public spotlight in 2011 after he published an essay in the New York Times Magazine discussing his life in the United States as an undocumented immigrant. Having moved from the Philippines to live with his grandparents in Mountain View, Calif. when he was 12, Vargas did not know he was living in the United States illegally until he was 16 years old.

Shortly after the publication of his 2011 piece, Vargas called the U.S. Department of Homeland Security to ask why he had not been deported. He said he was told “the Department refuses to comment on specific cases.”

Vargas highlighted what he said were contradictions in the way the government and American citizens treat immigrants. He said that undocumented immigrants pay money to the government, yet the government spends almost as much to keep them out of the country.

Vargas said Americans need to alter the way they understand immigration before being able to enter into an informed discussion on immigration policy. He said he thought the terminology the media uses to discuss immigration “dehumanizes and marginalizes immigrants.”

“Journalism schools are going to study the failure of the mainstream media of contextualizing [immigration]. We in the news media have bought into the story that Trump has sold the media,” Vargas said. “The New York Times doesn’t even talk about it. The framing of the issue has been wrong, just wrong.”

Vargas’s remarks were well-received by members of the audience.

Zid N. Mancenido, a student in the Graduate School of Arts and Sciences, said, “I was so compelled when [Vargas] said white people need to have the conversation too about what immigration means to them.”

Alfredo Garcia Garza, a student at the Divinity School, said, “What I liked about the event was that he touched on the facts of imperialism and colonialism, which are usually left out of the conversation.”

Vargas graduated from San Francisco State University in 2004 and was a member of the Washington Post’s Pulitzer Prize-winning team in 2008 for its coverage on the Virginia Tech shootings.