"The Story of the Lost Child" by Elena Ferrante (Europa), Transl. Ann Goldstein 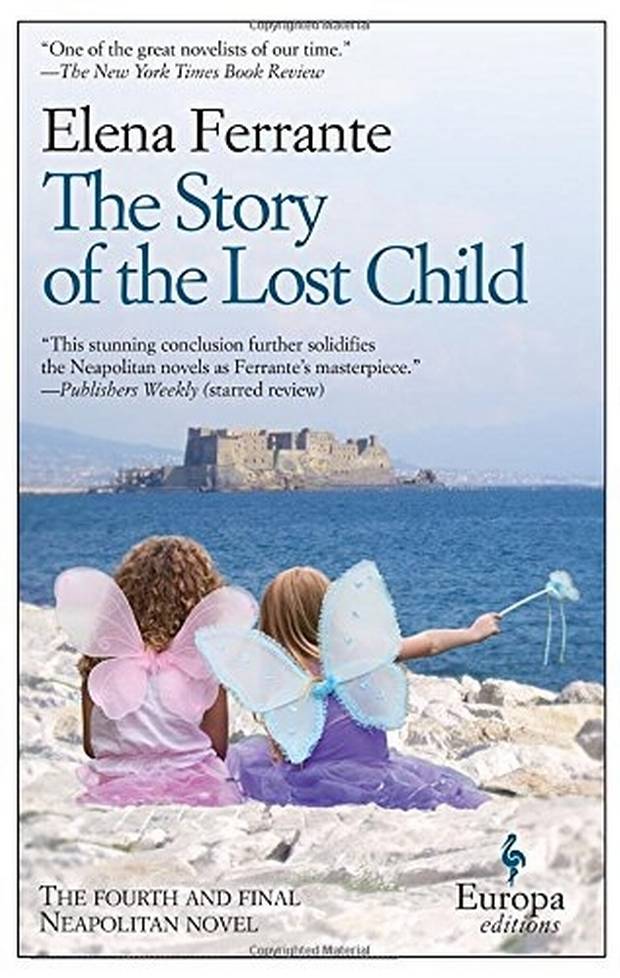 Nearly nothing is known about Italian author Elena Ferrante, except that she is Italian, female, and intensely talented. Despite having released nine novels to wide acclaim, she has refused to disclose her true identity or even reveal her face to the public, choosing instead to exist only as a thunderous literary voice. Her latest work, “The Story of the Lost Child,” displays this voice in brilliant form. The book takes the relationship between the narrator, Elena, and her friend, Lila, as its focal point—a relationship in which love, desire, affection, fear, jealousy, and anger all crash together like opposing weather systems—and then expands outwards into a harrowing storm of intellectual surprise and emotional honesty. Ferrante’s narrative style involves an equal amount of electric force, and the language she uses is just as compelling as the novel’s innovative content.

This novel concludes the four-book saga of Elena and Lila, a series which begins by chronicling their shared childhood in “My Brilliant Friend.” The opening chapters of “The Story” plunge immediately into Elena’s middle age, making few gestures towards overt exposition; even for new readers, though, the implied history quickly becomes clear. Elena and Lila, once close, have now become estranged. Separately, they confront similar questions of career, marriage, and motherhood: Elena, the narrator and a writer herself, has embarked on an affair with her childhood friend Nino at the expense of her young children, while Lila works as a computer programmer in their shared place of origin, an inner city neighborhood in Naples. As the years pass, Elena gains fame as a novelist, abandons relationships, raises children, becomes pregnant, and moves around Italy—yet somehow remains fundamentally anchored to the singular, manipulative, devoted Lila.

Throughout, the novel is remarkable for its startling and perceptive portrayal of human messiness. Elena reveals herself to be a sympathetic but deeply flawed character, by turns spiteful, neglectful, naive; like many of the novel’s other characters, she becomes achingly recognizable in moments of self-castigation and uncertainty. Considering the end of her relationship as well as the possible beginning of a union between her daughter Dede and Lila’s son Gennaro, Elena writes, “Anyway, the time of faithfulness and permanent relationships was over for men and women…Dede would live her passion, would use it up, would go on her way…The process was that: why did I want something different for my daughter?” The vivid, bitter exhaustion and confusion in Elena’s voice are surrounded by a piercing assertion about the futility of expecting secure human bonds. Similarly unusual portrayals of selfishness in motherhood, manipulation in friendship, and greed in one’s career will continue to appear in the book, each time with equal emotional resonance.

This psychological accuracy connects closely to the complexity of genre. Ferrante successfully handles an abstract understanding of possession in relationships, taking the idea nearly to a magical realist point when Elena continually sees Lila’s face in her brother’s. Eventually, Elena explains her understanding of the transformation: “[Lila] must have looked at [Alfonso] as a mirror and seen herself in him and had wanted to draw out of his body a part of herself…That work of Lila’s must have pleased Alfonso very much, he had offered himself to her like a living material and she had molded him.”

Ferrante is similarly nuanced in her exploration of disappearance as she weighs different forms of loss and rebirth against one another. At the start of the novel, Lila tells Elena not to include her in the narrative by snapping, “Forget it, Lenu, one doesn’t tell the story of an erasure.” She casts her life in terms of disintegration, and indeed plenty of her life evaporates over the course of the novel. However, the lost elements tend to re-emerge, albeit in unexpected forms. One broken relationship resurrects itself in another, separate, nascent attachment; a lost child’s features reappear on her mother’s aging face. Besides their own essential intellectual weight, these themes serve to make an original connection: that of old age to dynamic emotional force.

The novel’s wild intensity derives just as much from its language as from its thematic content. Long, furious sentences constantly modify and double back on themselves, occasionally breaking into lush, lyrical interludes: at one point, Elena writes, “If [Lila] didn’t stay alert, if she didn’t pay attention to the boundaries, the waters would break through, a flood would rise, carrying everything off in clots of menstrual blood, in cancerous polyps, in bits of yellowish fiber.” Ferrante’s poetic capabilities elevate the narrator’s harsh confessional mood without smoothing or taming it in any way, a pattern that remains consistent throughout the book.

Ferrante’s text seems a fluid, almost stream of consciousness narrative, but it proves much more intentional and complex than it appears. Far from being a simple dictation of events, Elena’s language reveals her own biases and feelings, even showing them to be in flux. Describing a lost relationship, Elena speaks with a palpable self-disgust even before she explains the cause of her emotions. Later, she writes of the same person with a faint affection, almost as though she has calmed herself in the intervening pages; as a result, the novel gains a whole new dimension.

“The Story”’s plot involves the same illusion of simplicity. It seems to flow linearly—to replicate life exactly—but it actually moves in tightly constructed spirals. Each cycle is a period of Elena’s life involving the people around her, her thoughts, and her physical reality, and each cycle is broken by some form of disruption. This event of fame, alienation, or loss then propels a new cycle into being. When the novel ends, it abruptly and dazzlingly reveals exactly how much change has accumulated over each successive round, leaving its readers to ask the same question as its narrator: How could we have possibly gone so far?