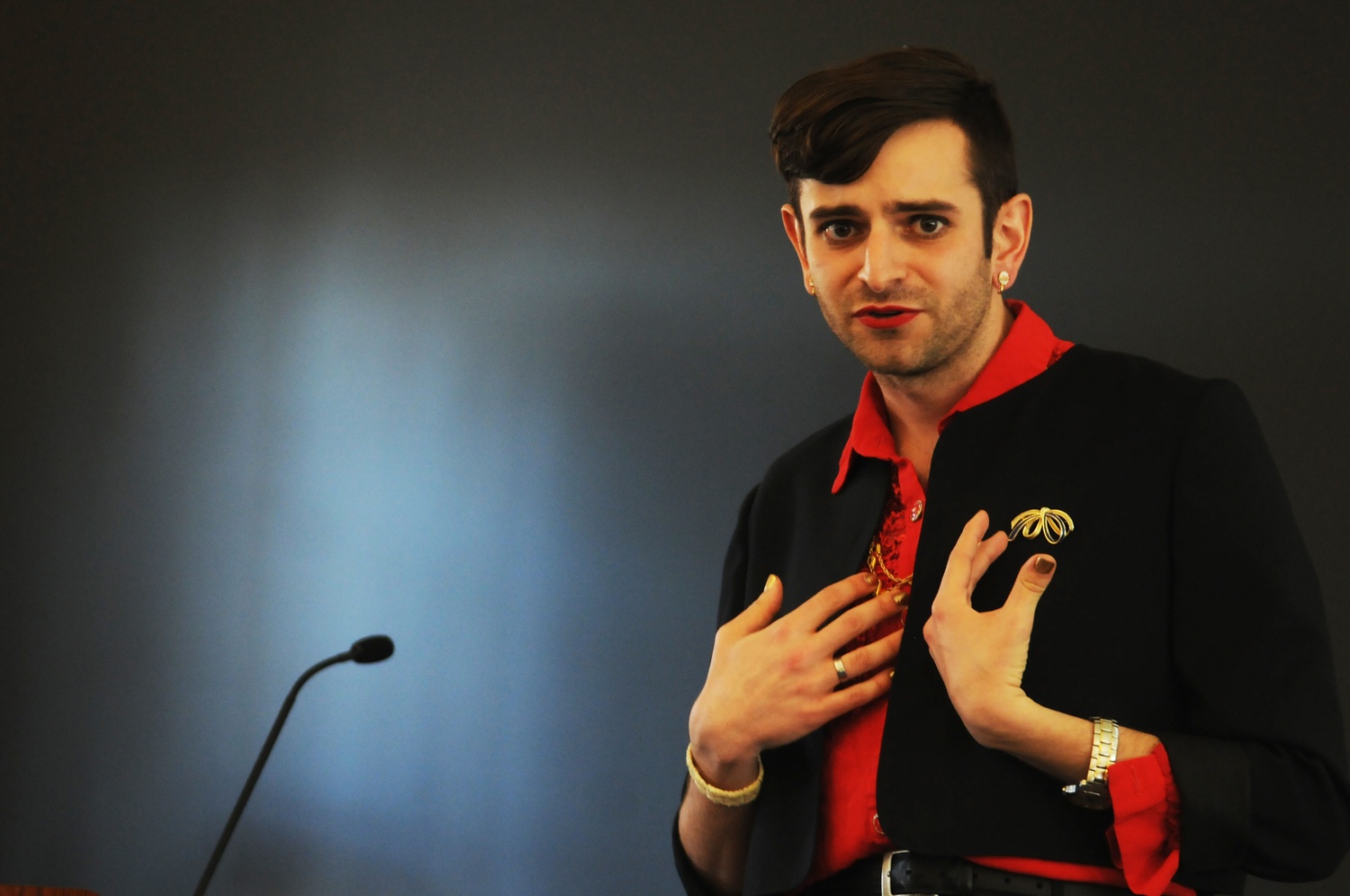 Reflecting upon the journey to understand their own gender, genderqueer activist Jacob Tobia spoke Saturday about the need for an inclusive BGLTQ movement that liberates people of all genders and the importance of non-binary language to describe gender.

Tobia is a speaker, writer, and advocate who works to promote equality for “gender non-conforming, genderqueer, and transgender people,” according to Tobia's website. Tobia has recently been interviewed by Laverne Cox on MTV and featured by The Washington Post, The New York Times, and HuffPost Live.

Tobia, who identifies as genderqueer and uses the pronouns they, their, and them, spoke about the importance of recognizing gender as a spectrum, not a binary, in order to meet the needs of gender nonconforming people.

“My dream for the world is that gender just plays,” Tobia said at a Queer Students and Allies event in Harvard Hall. “That gender becomes fun.”

Language has the power to determine who is able to be visible and who is not, so moving beyond the gender binary is key to creating a safe space for everyone, Tobia said. Tobia added that the gender binary of man and woman created unnecessary gender roles and differentiation.

Tobia said “queer,” “genderfluid,” “non-binary,” and “genderless” are terms that could better encompass the diverse identities of people who feel they do not fit into the gender-binary categories of man or woman.

“People want to brush these terms off as unscientific,” Tobia said, “but recognizing the needs of non-binary people is important to building an inclusive environment for all genders.”

Tobia spoke of personal struggles in defining their gender identity, sharing personal anecdotes of the first time Tobia bought a pair of high heels and of wearing a “Jackie Kennedy pink dress” at their graduation from Duke.

“It was a series of experiments that felt more and more right,” Tobia said. “Now I’m in a place where I own my femme. It’s mine, and I show it to the world everyday.”

Tobia also said it is important for a broader set of people to represent the non-binary movement, beyond transgender icons such as actress Laverne Cox and model Andreja Pejić.

“There needs to be a proliferation of representation,” Tobia said.

Tobia said their strategy to encourage greater inclusivity in the community is maintaining a positive and lighthearted attitude about gender identity.

In an interview after the event, QSA Political Co-Chair Jordan T. Weiers ’16 said the QSA invited Tobia to speak to allow for a plurality of voices on campus. “We wanted to have a diverse set of perspectives from a prominent genderqueer activist,” Weiers said.

Weiers said Tobia’s presentation was a fresh look at people left out of the conversation.

“It was really opening and welcoming,” Weiers said. “They encouraged us to critically re-evaluate the priorities of the queer movement.”