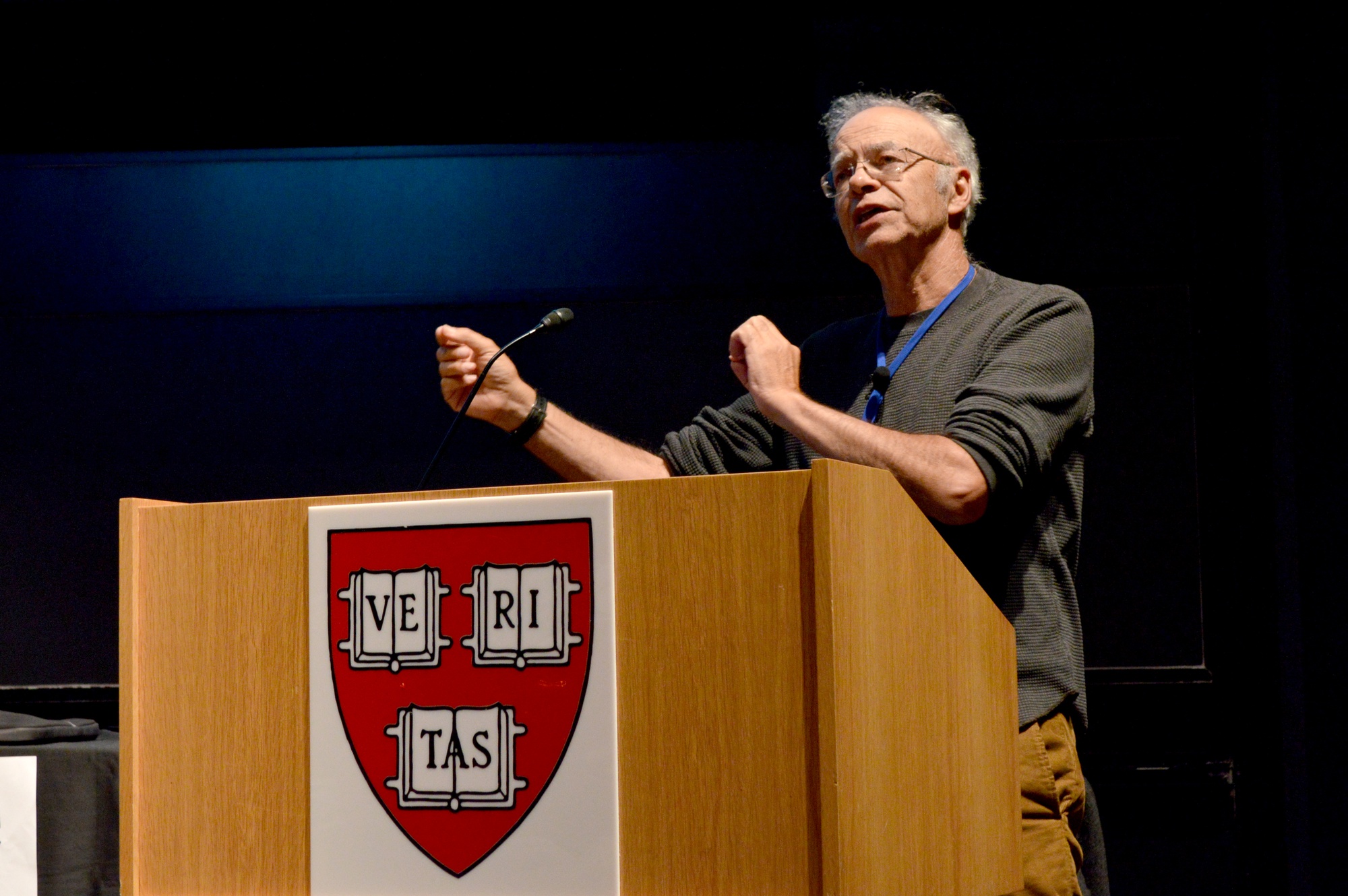 Philosopher Peter A. D. Singer speaks to a packed audience about effective altruism on Sunday night. The event was part of Harvard Effective Altruism Week.
By Jessica Min, Contributing Writer

Promoting his new book “The Most Good You Can Do,” philosopher Peter A. D. Singer spoke about the philosophy behind effective altruism and ways to give to charity that would maximize the common good to a packed auditorium at the Science Center on Sunday. 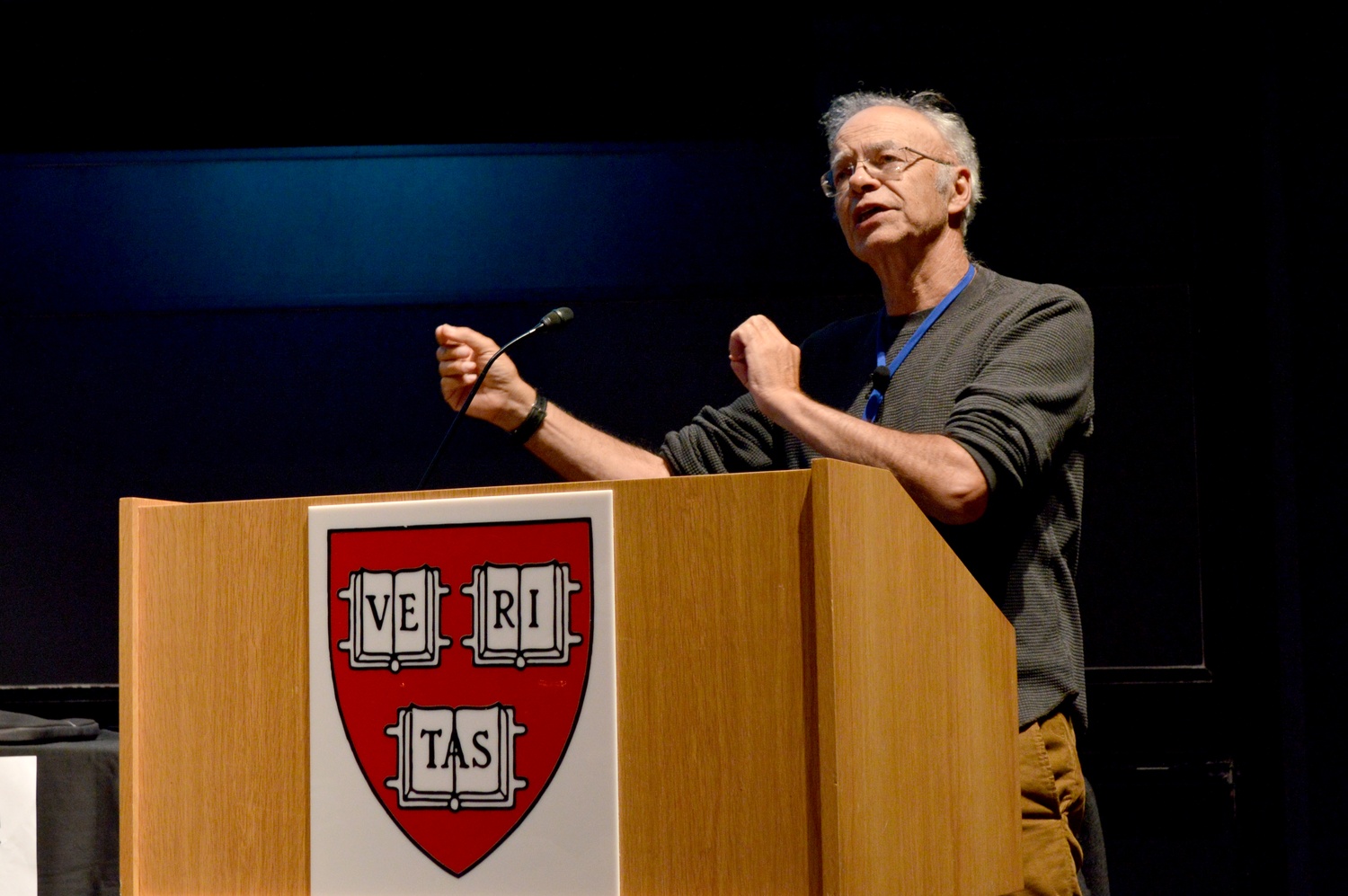 Philosopher Peter A. D. Singer speaks to a packed audience about effective altruism on Sunday night. The event was part of Harvard Effective Altruism Week. By Megan M. Ross

Singer said people can create positive change in the world by effectively allocating their resources.

“People think the problem is so big that they can’t make a difference, I think that’s a mistake,” he said.

Introduced as “one of the most influential living philosophers in the most positive way” by Psychology professor Joshua D. Greene, Singer advocated for donating money to the most efficient charities working today.

“We only have a certain amount of funds, the real choice is what we have to do with those funds,” he said.

As an example of an ineffective donation, Singer criticised David Geffen’s recent gift of $100 million to New York’s Lincoln Center. He said the money would be more effectively spent, for example, preventing or curing blindness to most effectively improve the lives of others.

Harvard College Effective Altruism Co-President Angie Jo ’16 said the organization invited Singer to speak because of his status as prominent role in the movement of effective altruism.

“He has become famous for this notion that normal people can make more rigorous decisions to actually change the amount of good they do in the world,” she said.

Singer said that of the annual billions of individual donations made each year, most are poorly researched.

In order to address this lack of knowledge, he pointed to organizations such as GiveWell, a nonprofit that evaluates charities’ effectiveness per dollar spent. He said such evaluators should be the “first stop to go when looking for effective charities.”

He also held his former student Matt Wage, a Princeton math and philosophy major, as a model for effective altruism. Rather than attend Oxford for postgraduate study, Wage decided to work in New York City at an arbitrage-trading firm. After his first year of work, he donated over $100,000 to charity.

“I didn’t know about effective altruism before this event, but I’ve always questioned about how I can do good and to humanity overall, it was a good opportunity to think about this idea,” Kun-Woo R. Kim said after attending the event.