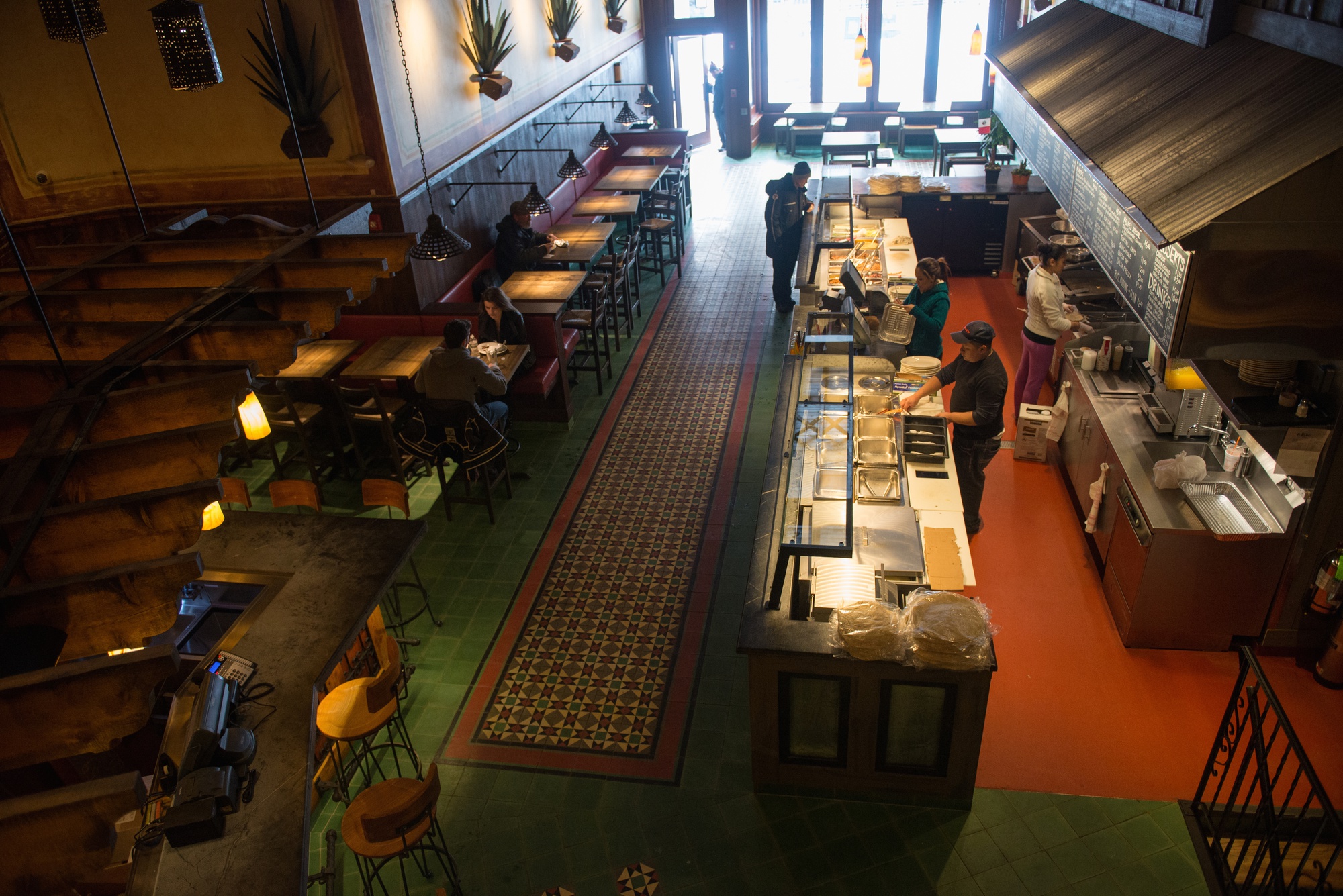 Armed with design follies, confusing social dynamics, and a whole lot of space, we don’t how the role Felipe’s plays in the lives of Harvard students will change. We do know that at 11p.m.—scratch that, at any time of day—there’s no place we’d rather go to grab a bite.
By Ben G Cort and Sam H. Koppelman

Looking up at the massive, leafty, almost phallic plant sculptures lining the cavernous walls at the new Felipe’s on Brattle Street, we ask ourselves, “What function could those possibly serve?” After posing a few more similarly puzzling questions to one another, we quickly learn to abandon all hope of finding logical answers.

With two full floors of seating, in addition to a rooftop garden, an extra service counter, an expanded menu, and a bar sans a liquor license (more on this later), Felipe’s still serves the best burritos in Harvard Square—don’t even look at us, Qdoba. But lacking the versatility of a shared space with Flat Patties and the close proximity to Harvard nightlife that came with its Garage location, this new Felipe’s seems to still be figuring out its identity in its angsty, pre-teen years as it nears its eleventh birthday this April. 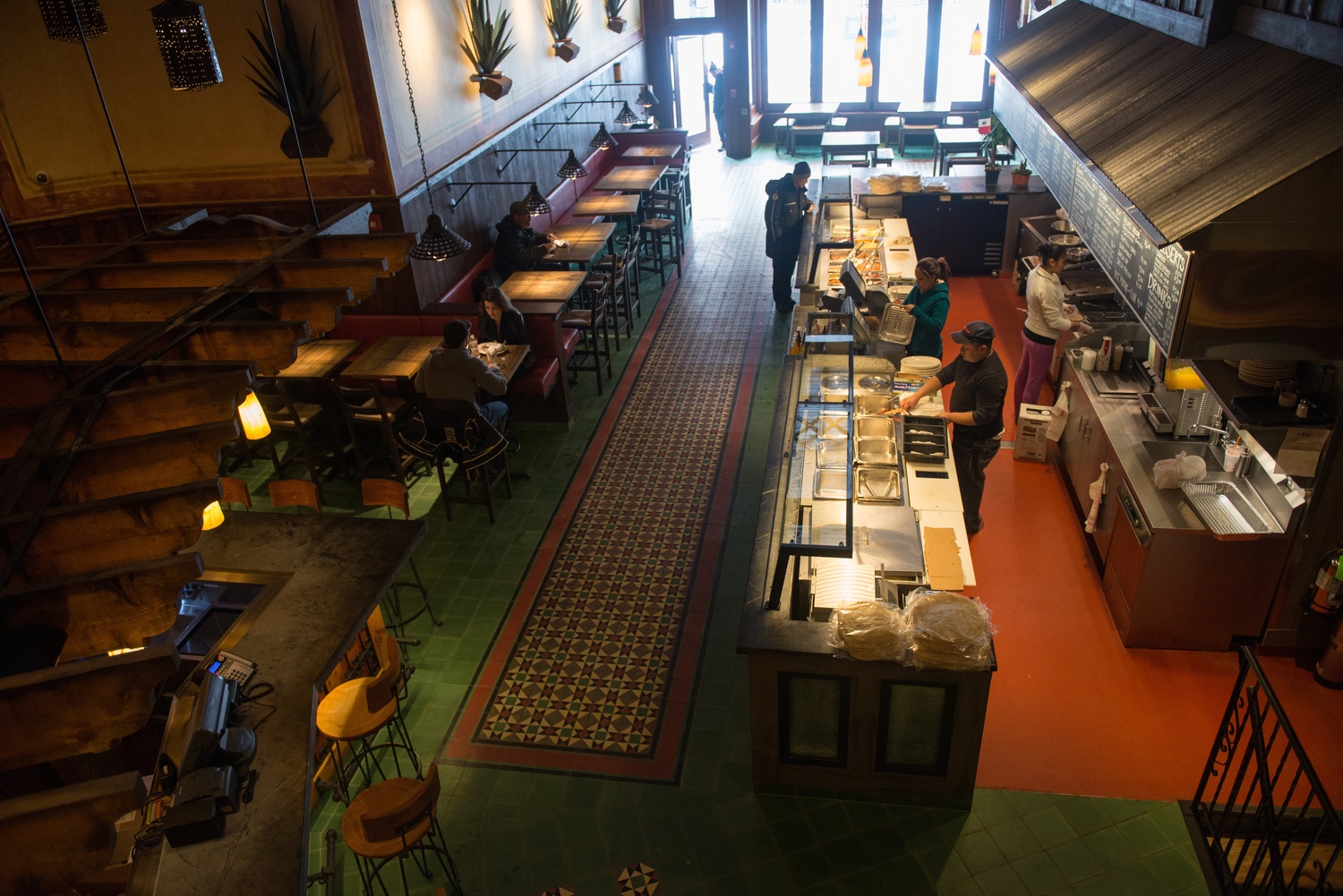 The new interior of Felipe's Taqueria features two levels of seating and a bar. By Alana M Steinberg

As we walk into Felipe’s, we overhear a man bragging about his workout routine, and it occurs to us: this formerly greasy burrito joint has somehow become a premier date spot, with couples packed into an intimate and cozy booth. But fret not sad, sweaty, or single Harvardians—Felipe’s has a place for you as well. Whether you’re coming from the MAC, ready to eat back the calories you just burned, or heading in from Lamont, looking for a respite from your studies, the bar at Felipe’s seems to be a sanctum for the solitary (read: single) Harvard student.

But don’t get excited about meeting anyone new; using the bar as a place to bring people together would make far too much sense at the new Felipe’s.

Without a liquor license—and the conversational lubrication it provides—the Felipe’s bar has the same undercurrent of anguish as more traditional bars, without the sense of (albeit probably false) hope that comes from alcohol service. So, single Felipe’s patrons are left sitting at the bar, generally two to three seats apart, with their only companion being a tortilla, stuffed to the gills with meat. 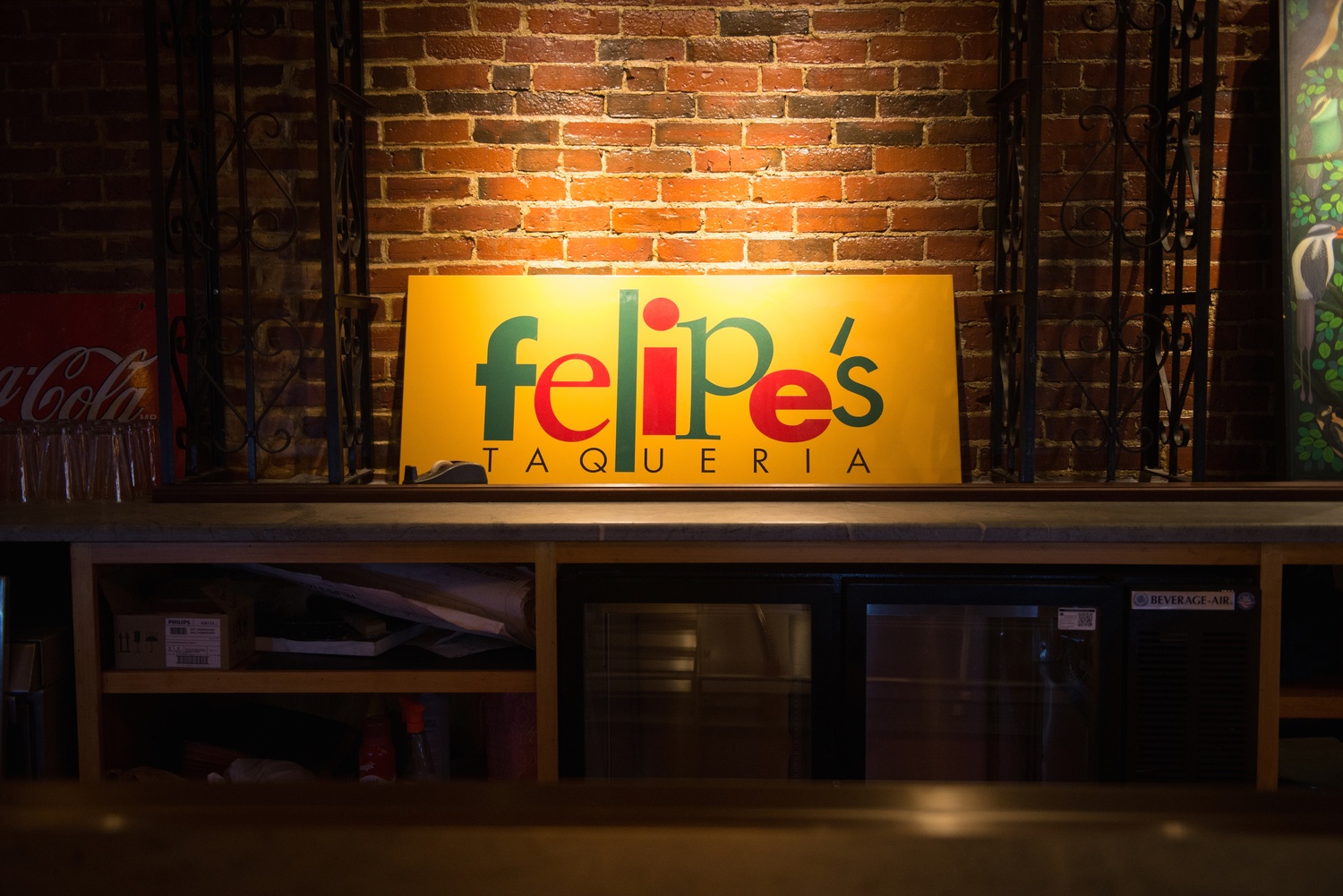 Felipe's Taqueria will begin serving alcohol once it receives its liquor license. By Alana M Steinberg

While aesthetically the new Felipe’s is noticeably different, we can report that the lovingly apathetic service remains the same, which comes as a relief. We’d have been offended had they been accomodating—we have Chipotle for that. As at their prior locations, a seemingly complete lack of trust between patron and server results in consistently nerve wracking ordering experiences.

Unsure of whether to speak English or Spanish, we, like most customers, resort to the universal language of the point. This process works swimmingly, except when jittery diners try to get creative. When one particularly zealous man spends approximately 30 seconds pacing back and forth down the counter debating the age-old question of “queso or no queso?” Felipe’s employees and fellow-customers alike collectively blow a gasket. And we’re with them: with Felipe’s lines, there’s no time for this kind of tomfoolery.

Armed with design follies, confusing social dynamics, and a whole lot of space, we don’t how the role Felipe’s plays in the lives of Harvard students will change in its new location. But we do know that at 11p.m.—scratch that, at any time of day—there’s no place we’d rather go to grab a bite. No questions asked.