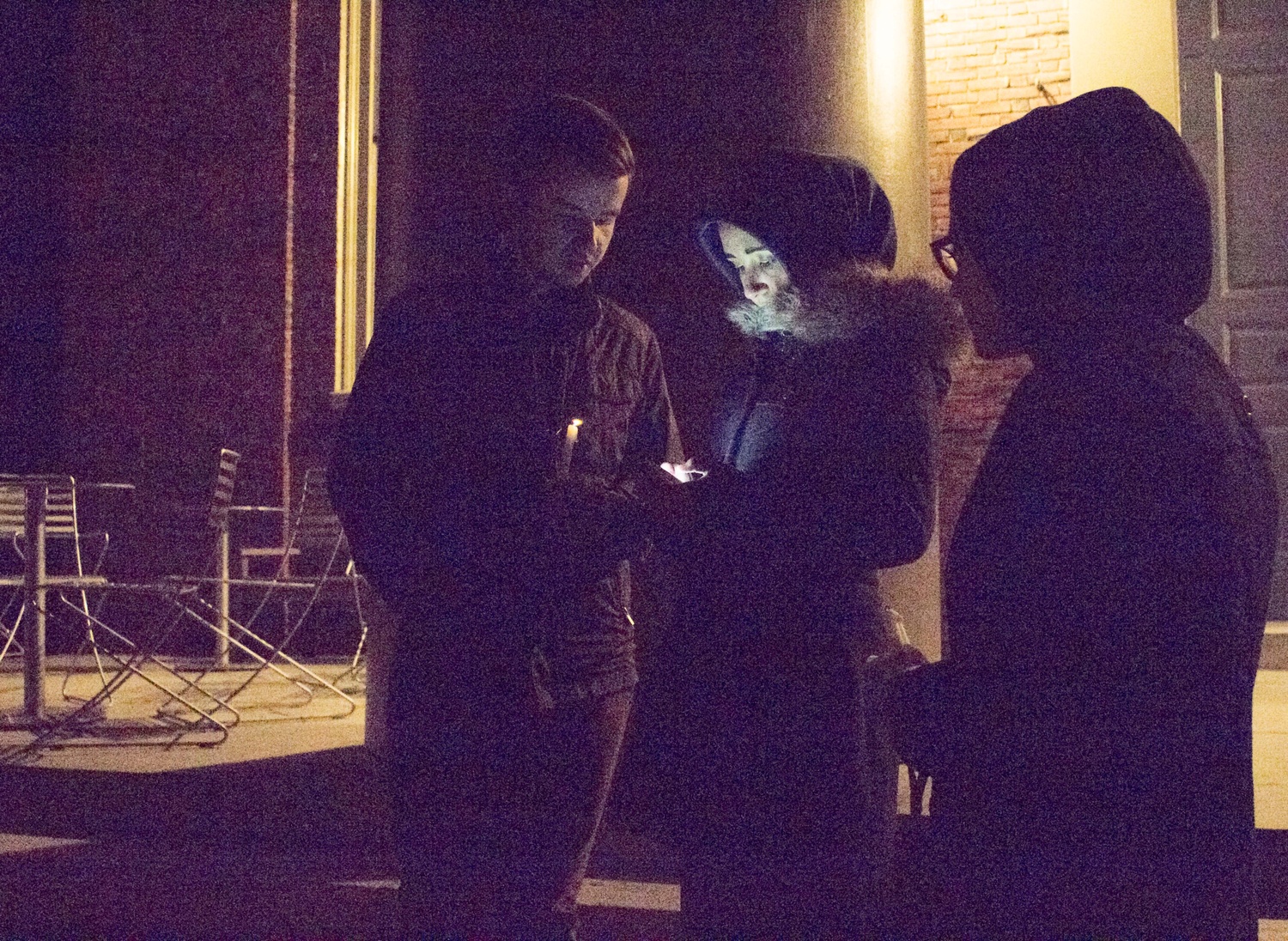 Seniha Ipekci ’18, Goksenin Akdeniz ’18, and Ashley Lopez ’18 gather at the Harvard College Turkish Student Association’s candlelight vigil on Sunday night. Students, faculty members, and others gathered in honor of victims of the terrorist attack at a Turkish peace rally. By Marinda R. Horan
By Marella A Gayla, Contributing Writer

Harvard affiliates gathered on the steps of Memorial Church Sunday evening for a candlelit vigil honoring the victims of the recent terrorist attack in Ankara, Turkey.

“The ideal takeaway is that as citizens of Turkey here at Harvard, we are able to come together and stand against such an act of terrorism,” President of HCTSA Goksenin Akdeniz ’18 said.

The vigil began with a speech written by Near Eastern Languages and Civilizations professor Cemal Kafadar, advisor of HCTSA, who was unable to attend the event.

Those “souls who came to Ankara from all corners of Turkey to take part in a peaceful public demonstration are now dead,” said Cansu Colakoglu ’16, a former president of HCTSA, reading Kafadar’s speech in his absence. “We should do our best to not reduce them to dehumanizing abstractions of numbers or political strategies, but to remember them as neighbors, as teachers, as students, as construction workers, as physicians, as railroad workers and engineers.”

In addition to memorializing the victims of the attack, Kafadar’s speech called upon the Turkish government to find and identify the perpetrators.

“We have had enough crimes and acts of terror classified as ‘perpetrator unknown.’ We need to know. Every day that this goal remains unaccomplished is one more day for the worst suspicions to linger, for rumors to spread, for the polarization to deepen. Let us be vigilant of our right to be informed,” read Colakoglu.

The event ended with a speech by Can Soylu ’14, a recent graduate and former president of HCTSA, speaking on behalf of the organization. Soylu said he sought to “make sense of what [this attack] should mean” in his address.