BOSTON—Assistant Harvard Medical School professor Michael J. Davidson, the victim of a shooting Tuesday morning at the Harvard-affiliated Brigham and Women’s Hospital in Boston, has died, according to Boston Police.

Davidson, identified as Tuesday’s shooting victim in a press release that evening, was shot at least twice on the second floor of the hospital’s Shapiro building. Boston Police have identified the suspected shooter as Stephen Pasceri, 55, of Millbury, Mass., who died Tuesday from what appeared to be a self-inflicted gun wound.

“[The investigation] is leading us to believe that there’s something in the past that upset [the suspect],” Evans said shortly after 1 p.m., when Davidson was still in critical condition.

According to Evans, Boston Police received multiple phone calls shortly after 11 a.m. “about possible shots being fired” at the hospital. Police then received a call of a “doctor being shot and people barricading themselves inside offices here,” Evans said.

Boston Police officers soon arrived at the scene and proceeded to secure the second floor, the reported site of the gunshots, according to Evans. They found the suspect—later identified as Pasceri in a press release Tuesday evening—dead in an examination room from what Evans said appeared to be a self-inflicted gunshot wound with a weapon next to him. 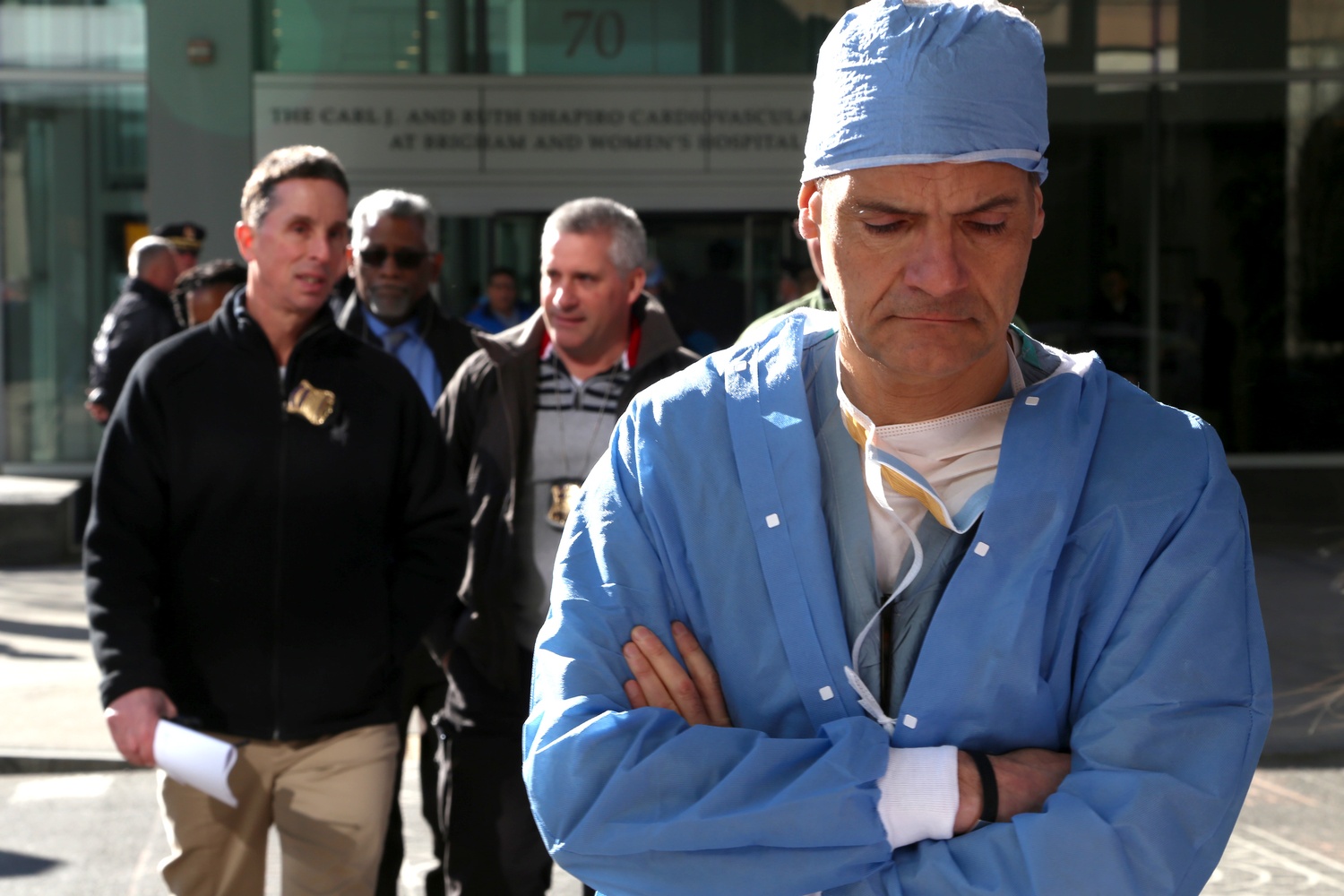 According to Evans, the suspect entered the hospital on the second floor and asked for Davidson specifically. Evans said he believes the shooting occurred near the entrance to the examination room and lobby area.

“Clearly [Pasceri] came in, and the doctor came out to see him, and that’s [when] we believe the altercation took place,” Evans said.

Police secured the scene within 16 minutes, and there were no other injuries, according to a department press release. Evans praised the first responders, who he said “did everything they could to to neutralize not only the situation but also get the care to that doctor.”

"The thoughts of the entire Harvard community go out today to the family and friends of Dr. Davidson, and to everyone at Brigham and Women's Hospital,” Provost Alan M. Garber ’76 wrote in an emailed statement Tuesday evening. “Dr. Davidson was known as an exceptionally skilled, thoughtful, and compassionate surgeon, whose tireless efforts reflected his deep dedication to his patients. It is for these qualities that he should be remembered.  May they continue to inspire us as we mourn his tragic loss."

The shooting disrupted a busy day at the Brigham on Tuesday as visitors and hospital personnel evacuated the building. 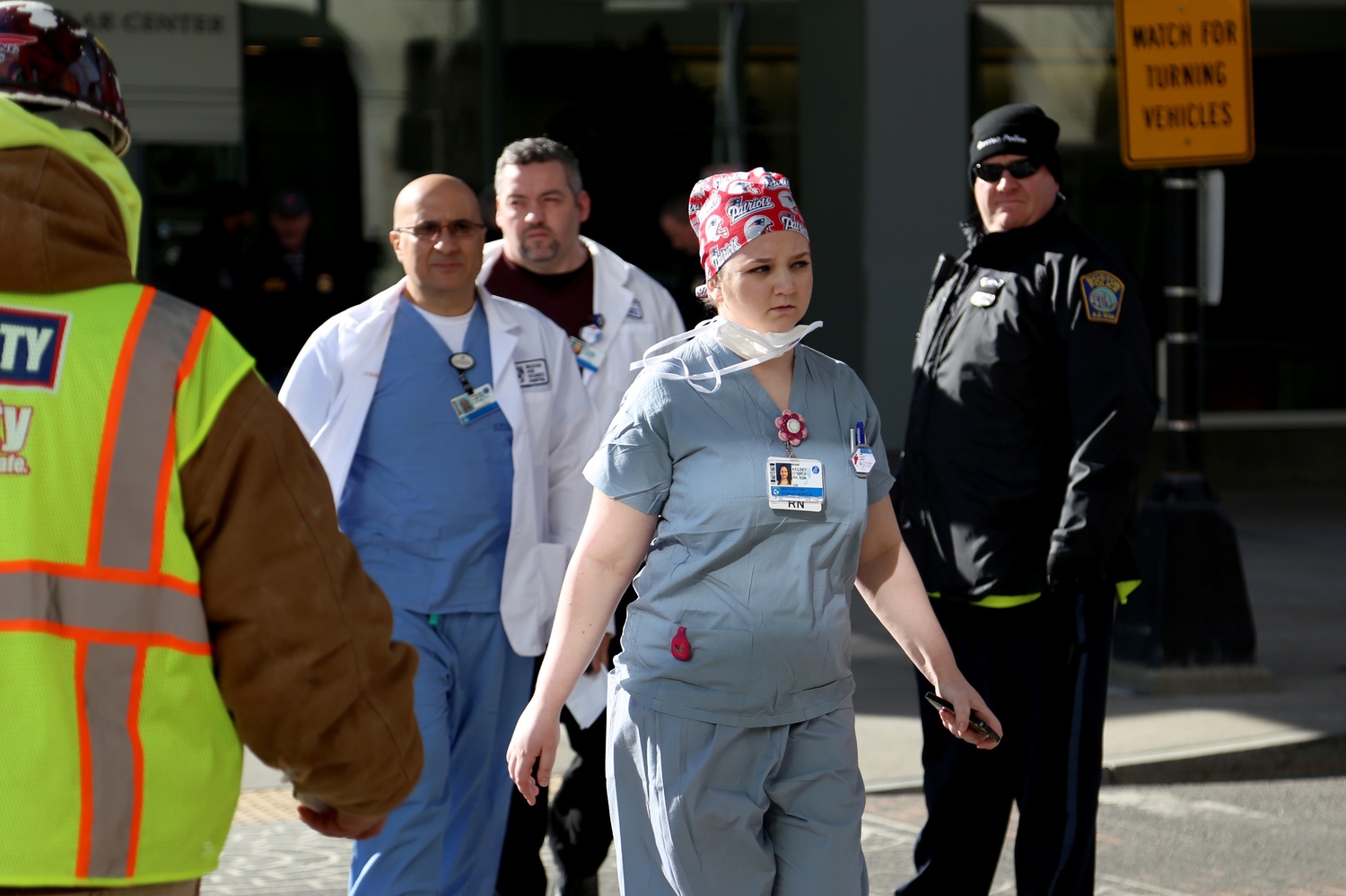 James Pittelli of Stony Creek, N.Y., said he was already under stress when he arrived at the hospital Tuesday morning for his son’s heart surgery. He was in the second floor waiting area when a security guard entered and urged him to evacuate.  “I think people kind of thought it was a fire drill or a fire alarm...but then more people came in and started yelling, ‘You gotta get out, you gotta get out of the building now,’” he said. His son is safe, Pittelli said.

—Check TheCrimson.com for updates and a forthcoming obituary.

—Staff writer Melanie Y. Fu contributed to the reporting of this story.