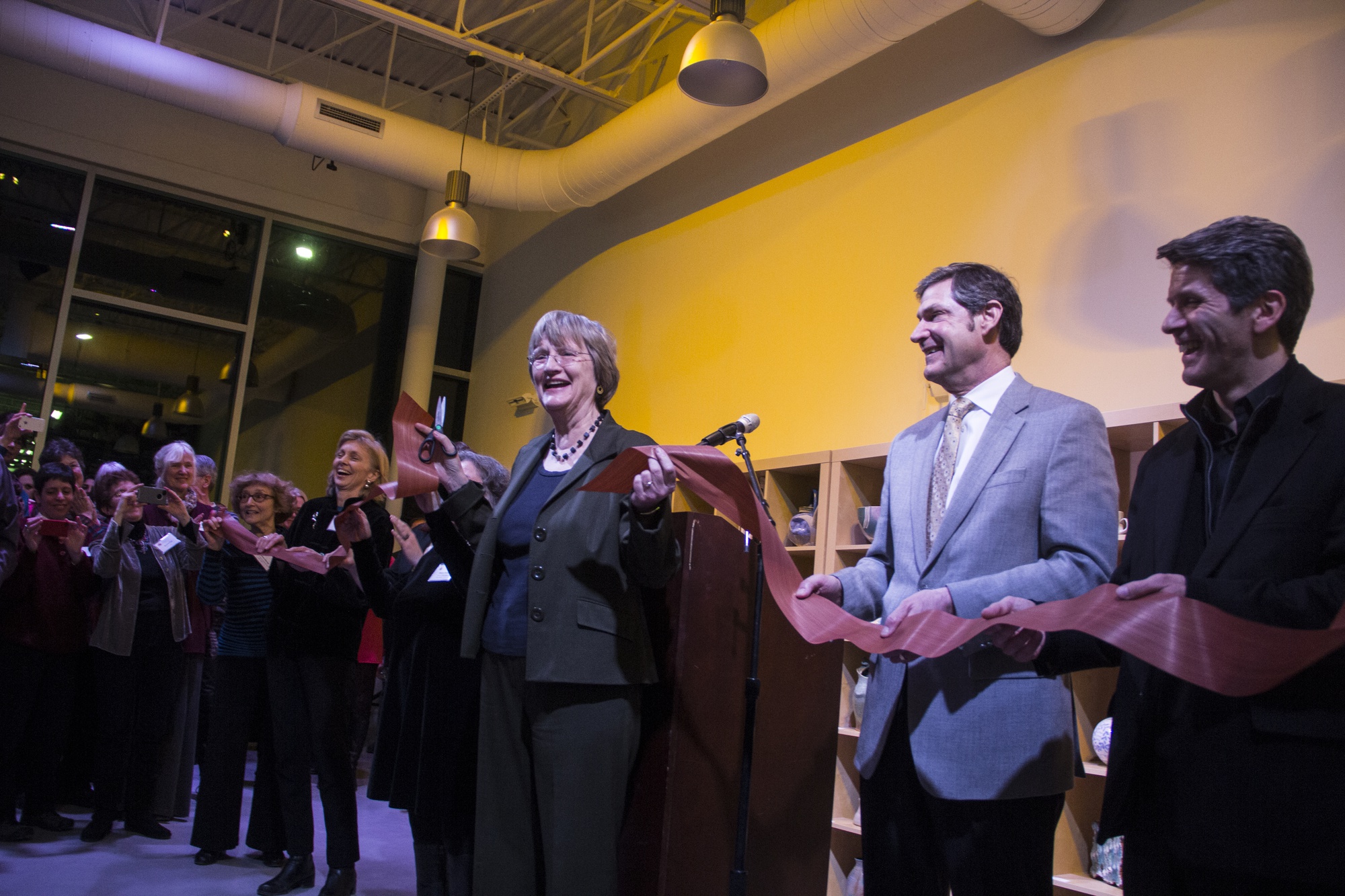 University President Drew G. Faust cuts the ribbon to inaugurate the opening of the new ceramics studio in Allston. The new studio building is part of the Allston redevelopment plan that has been approved last October.
By Jill E. Steinman, Crimson Staff Writer 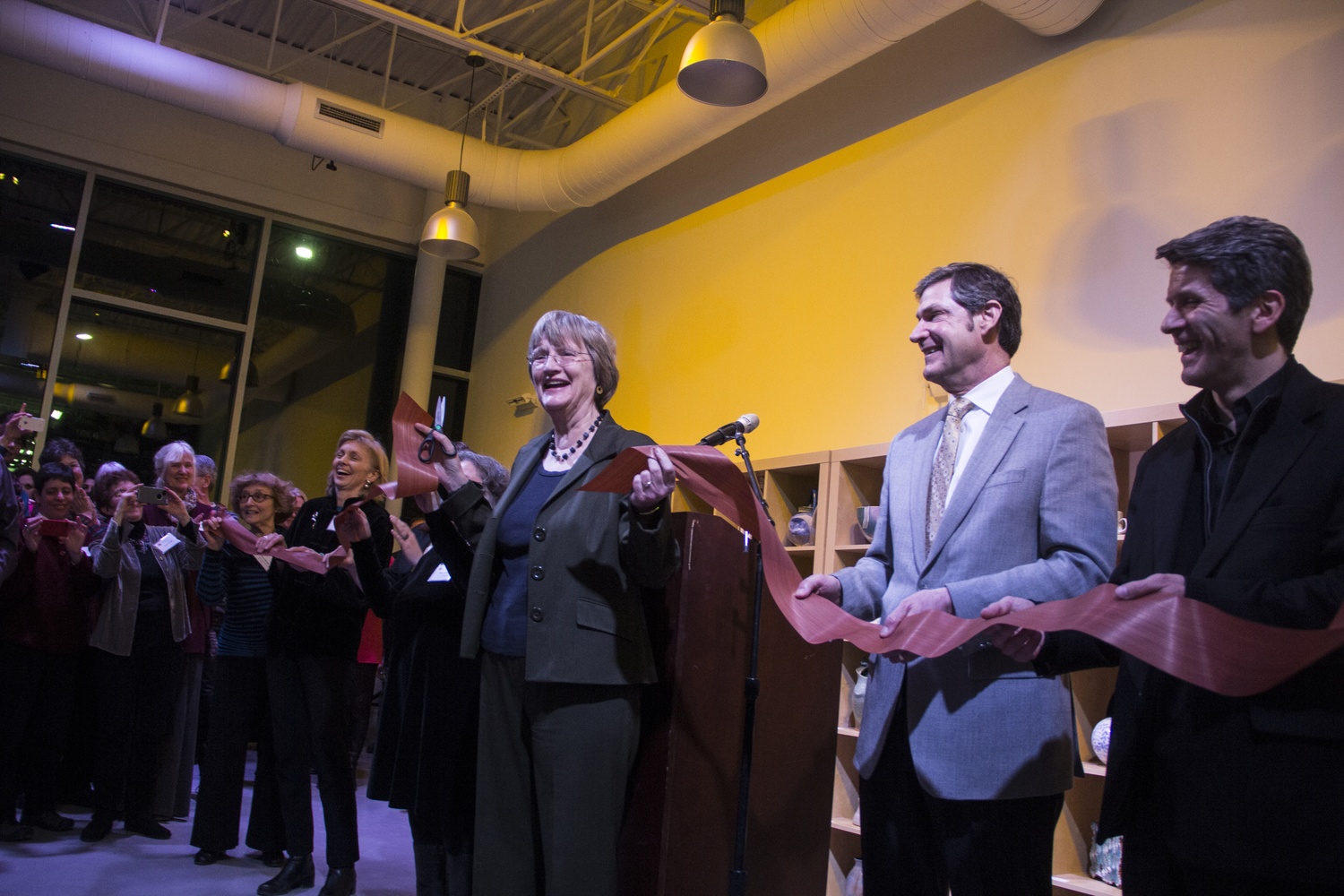 University President Drew G. Faust cuts the ribbon to inaugurate the opening of the new ceramics studio in Allston. The new studio building is part of the Allston redevelopment plan that has been approved last October. By Zorigoo Tugsbayar

The studio was formerly housed across the street at 219 Western Ave. It was moved in September to make space for the buildings slated to be built on Harvard’s Allston campus.

The new, state-of-the-art studio is much more spacious than its older counterpart.

“The move is like moving from a cave to a cathedral,” said Thomas Lee, director of the Learning From Performers Program and communications at the Office for the Arts.

The ceramics program, founded in 1969 by students at the College, was brought under the Faculty of Arts and Science in 1999. It moved from Cambridge to Allston in 1986.

The Program hopes to continue academic collaborations in the new space, according to Kathryn M. King, ceramics director of education. Courses offered at schools across the University include a visit to the studio to enhance the classroom experience. 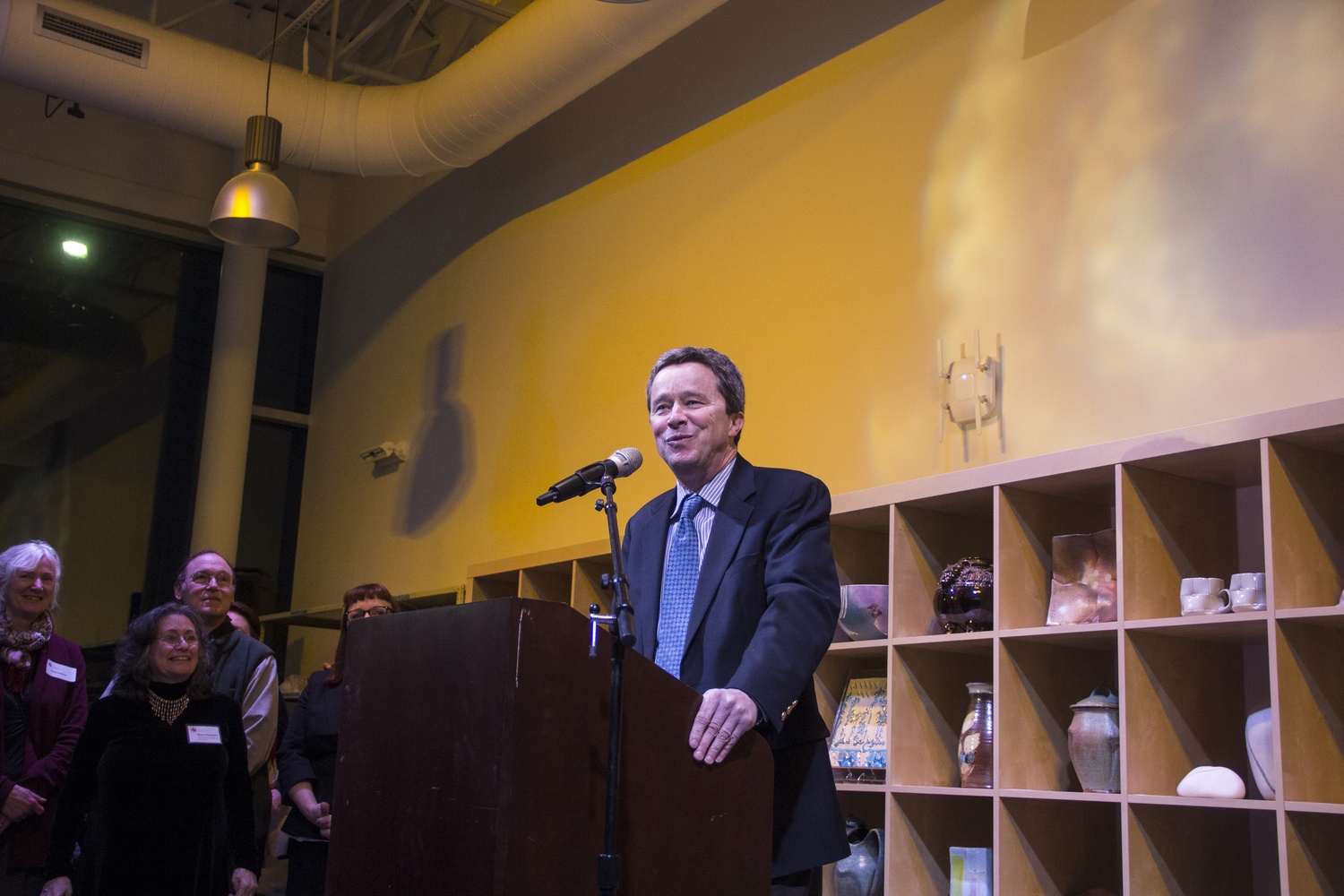 Jack Megan, the director of the Office for the Arts at Harvard, provides the introductory speech for the opening of the new ceramic studio. By Zorigoo Tugsbayar
Advertisement

“We try to get courses over that might be talking about the art of making crafts, ceramics, or historical objects that perchance are ceramics,” she said. “We try to get [students] over to the studio to try their hands at working with clay.”

In her opening speech, Faust echoed this sentiment, mentioning the first time that she had brought an anthropology class to the ceramics studio.

“I thought this was such a great way of uniting hands-on experience with cognitive experience, explaining the techniques of the arts in an experiential way and brought to those students a kind of learning they would never forget,” she said.

However, the space is not only being used for academic purposes. The studio also offers classes every semester for all members of the Harvard community as well as members of the Allston and greater Boston communities.

“It is kind of a crossroads,” sadi Jack Megan, director of the Office for Arts.

“In that sense [the studio] has been this sort of rich and very rewarding tapestry not just of art making but also community building that has been a real asset to every individual artist working here,” he added.

Faust stressed the importance of the ceramics studio as a way to bring together different people.

“It brings so many of Harvard’s agendas and aspirations together,” she said. “The aspiration of learning and teaching, that was very much a part of that anthropology class.”