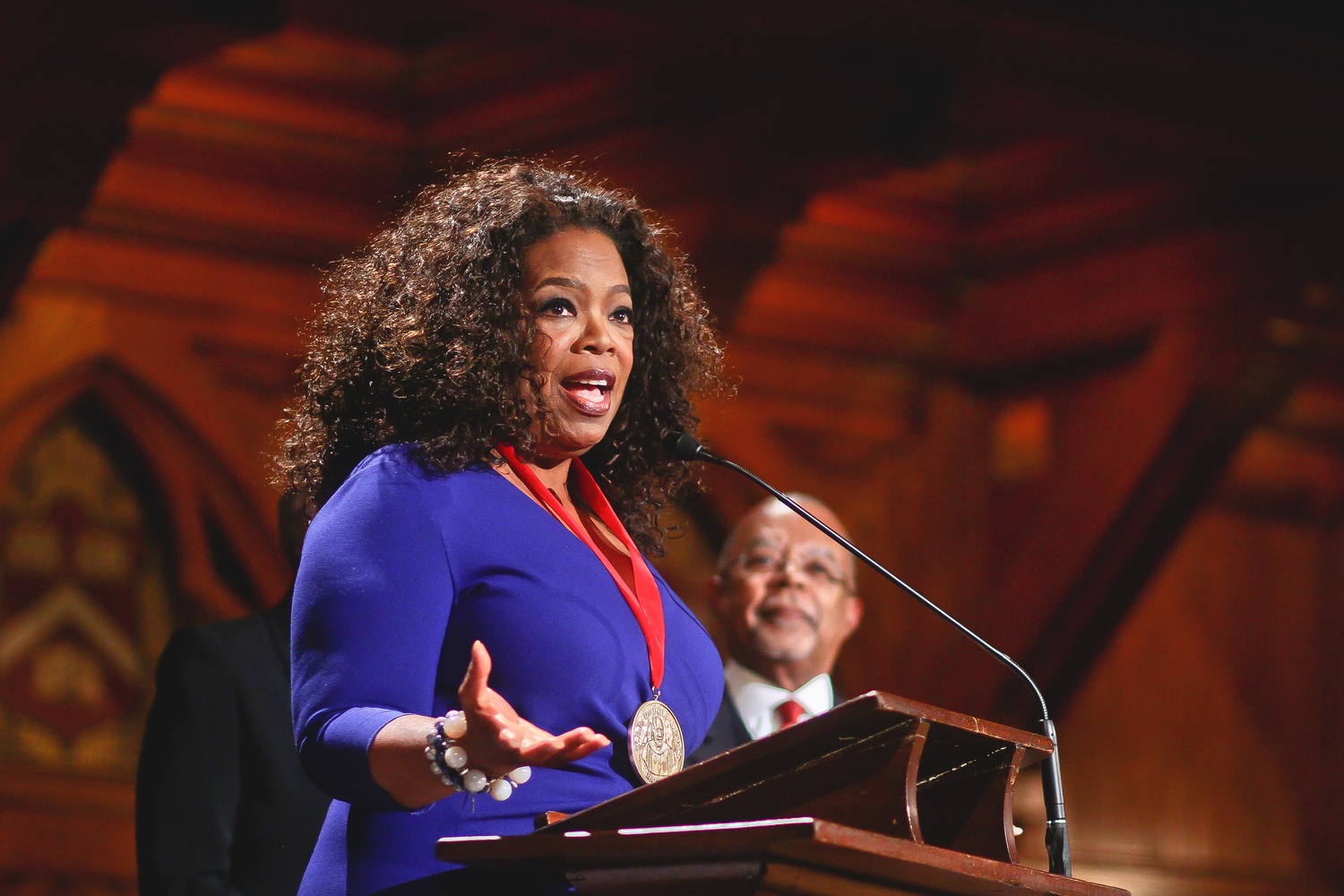 The Du Bois Medal, first presented in 2000, is the highest honor awarded by Harvard in the field of African and African American studies.

The event opened with a performance of James Weldon Johnson’s “Lift Every Voice and Sing” by the Kuumba Singers of Harvard College. Members of the audience rose during the performance, while some, including Winfrey, sang along.

Winfrey accepted the medal on behalf of her late friend and mentor, Maya Angelou. Angelou, known for her writing and activism, died in May.

“Her greatest lessons were to teach us all how we are more alike than we are different,” Winfrey said.

Shonda Rhimes rose to accept her medal, after an introduction by Lawrence D. Bobo, chair of the African and African American Studies Department, as audience members shouted “We love you Shonda!”

After responding that she loved them too, Rhimes commented on the praise given to her for her realistic representations of diversity on primetime television shows such as "Grey’s Anatomy," "Scandal," and "How to Get Away With Murder." 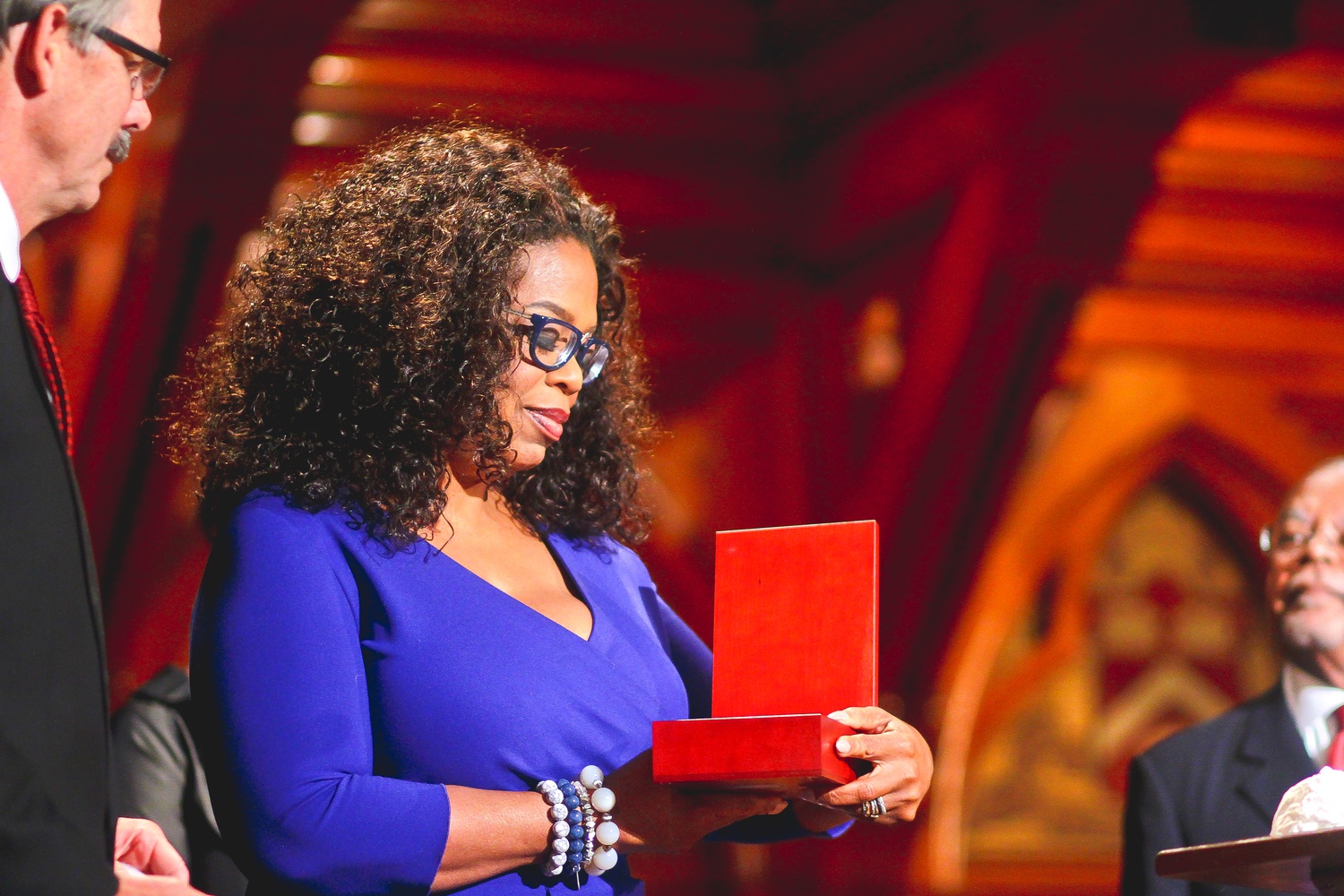 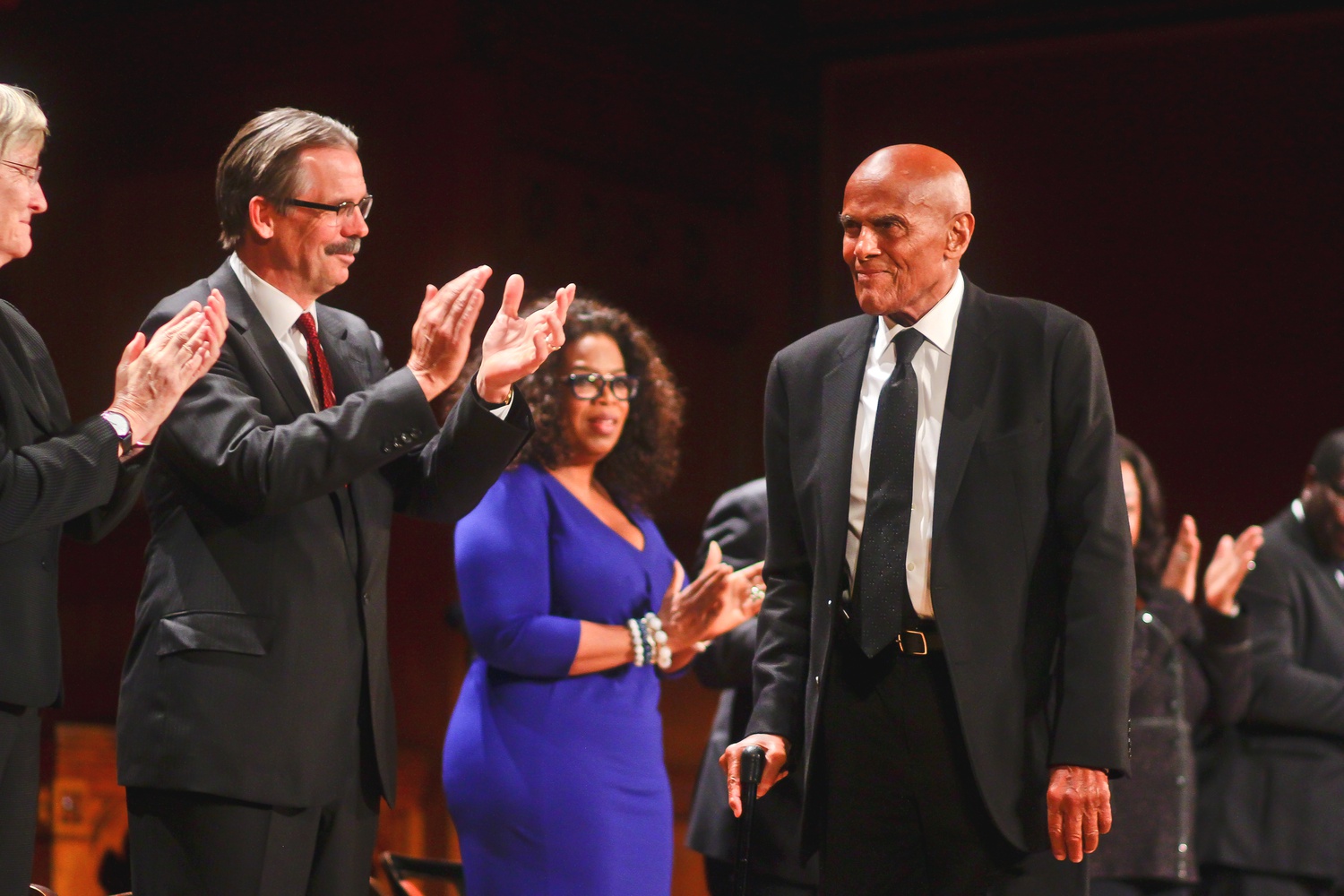 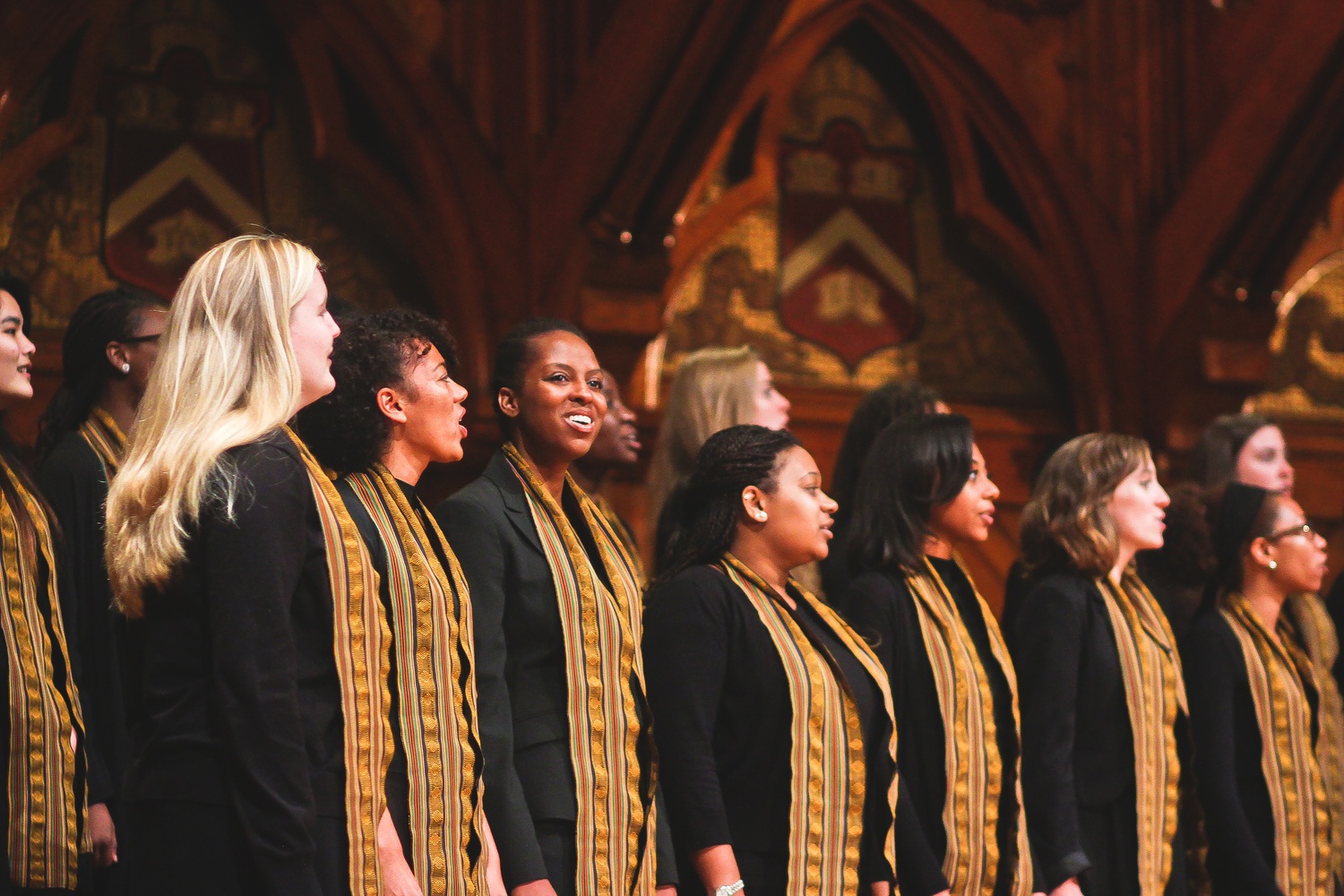 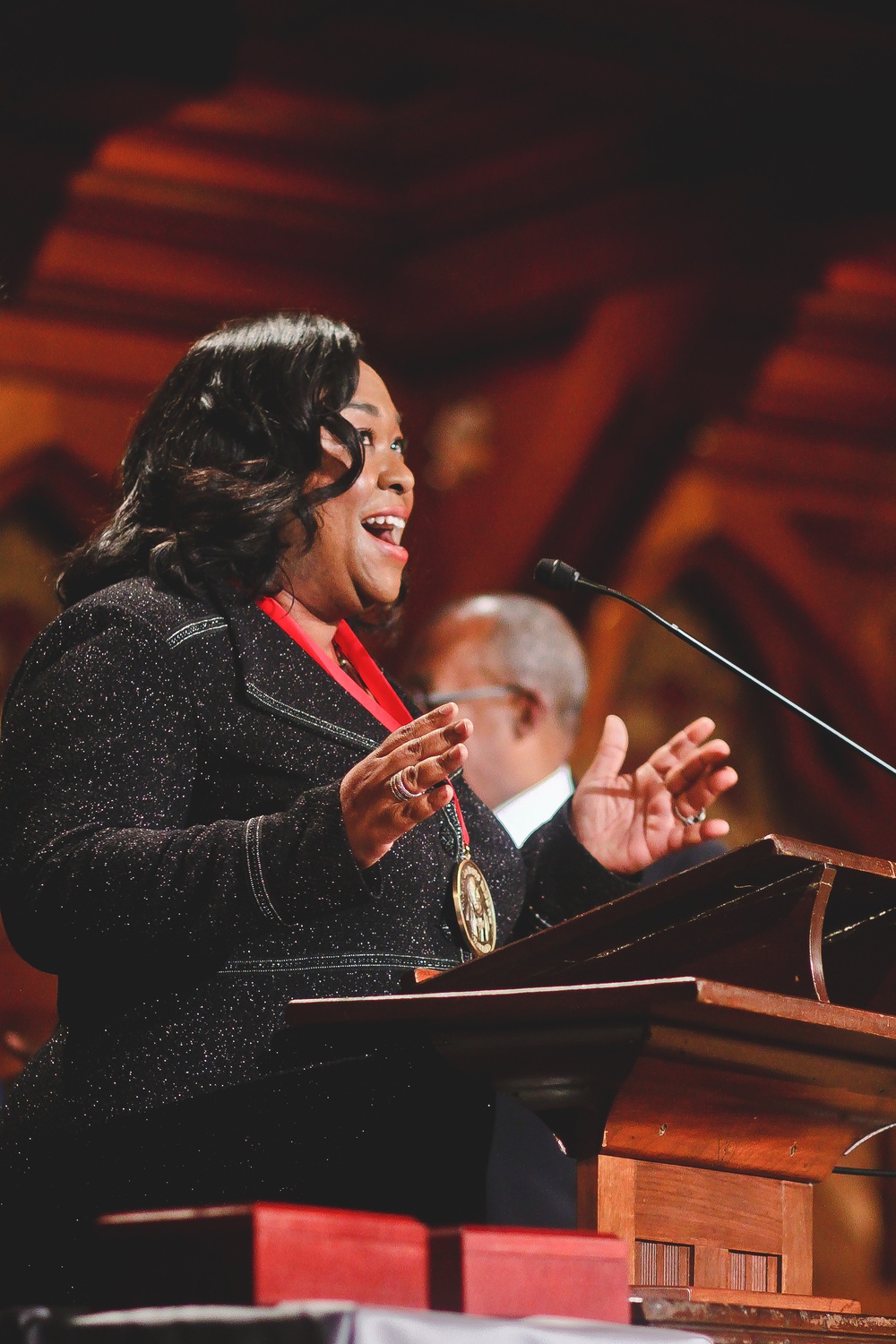 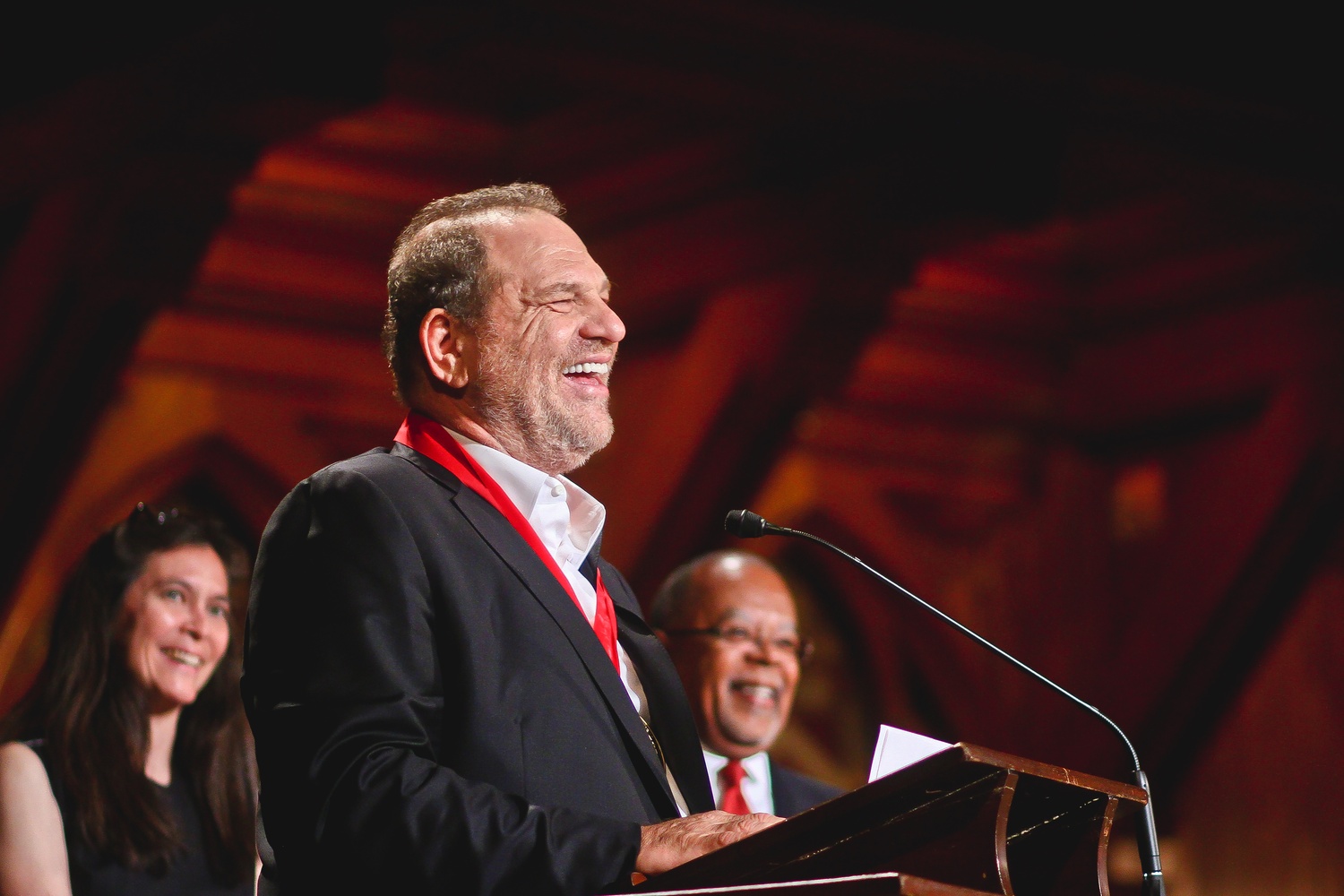 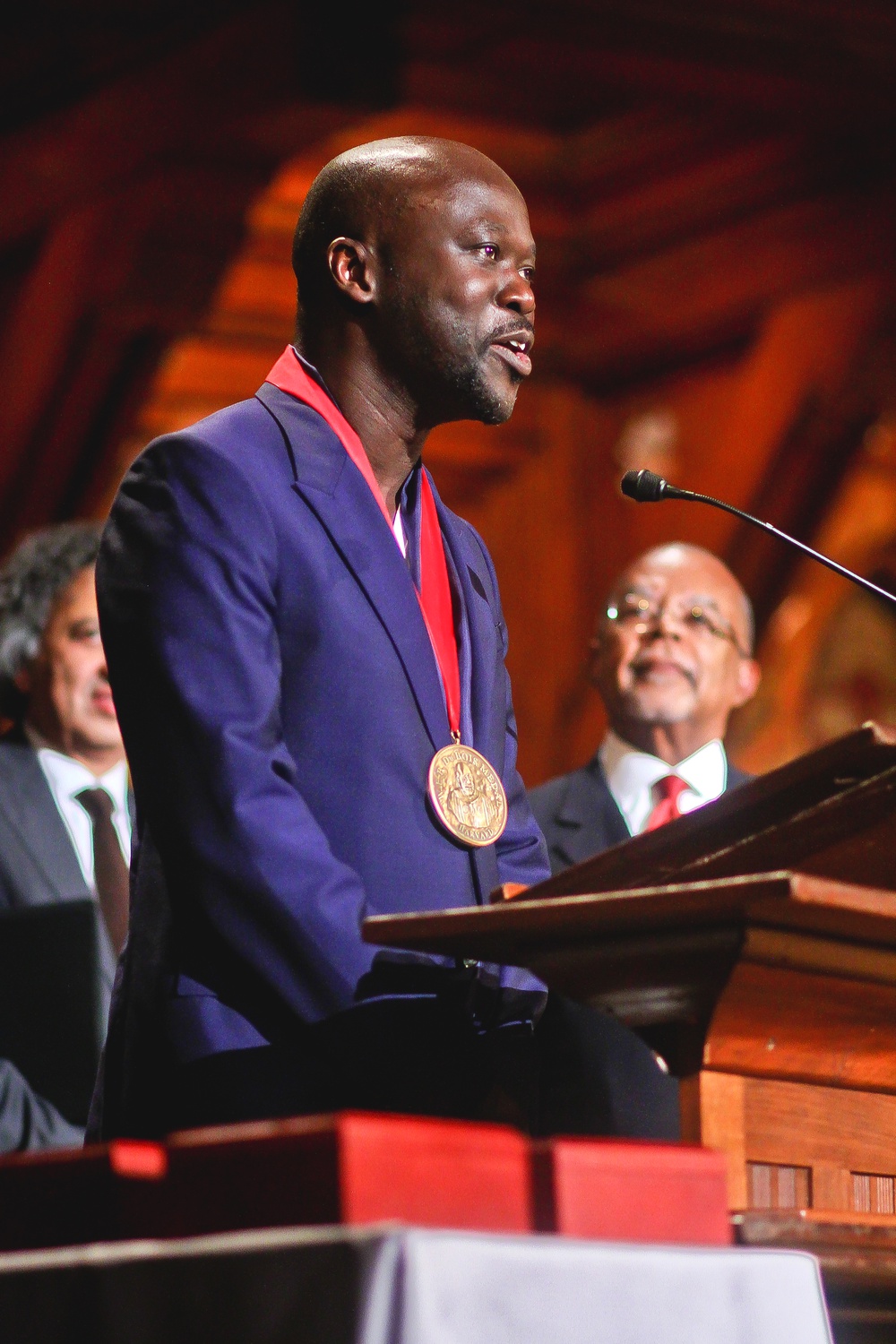 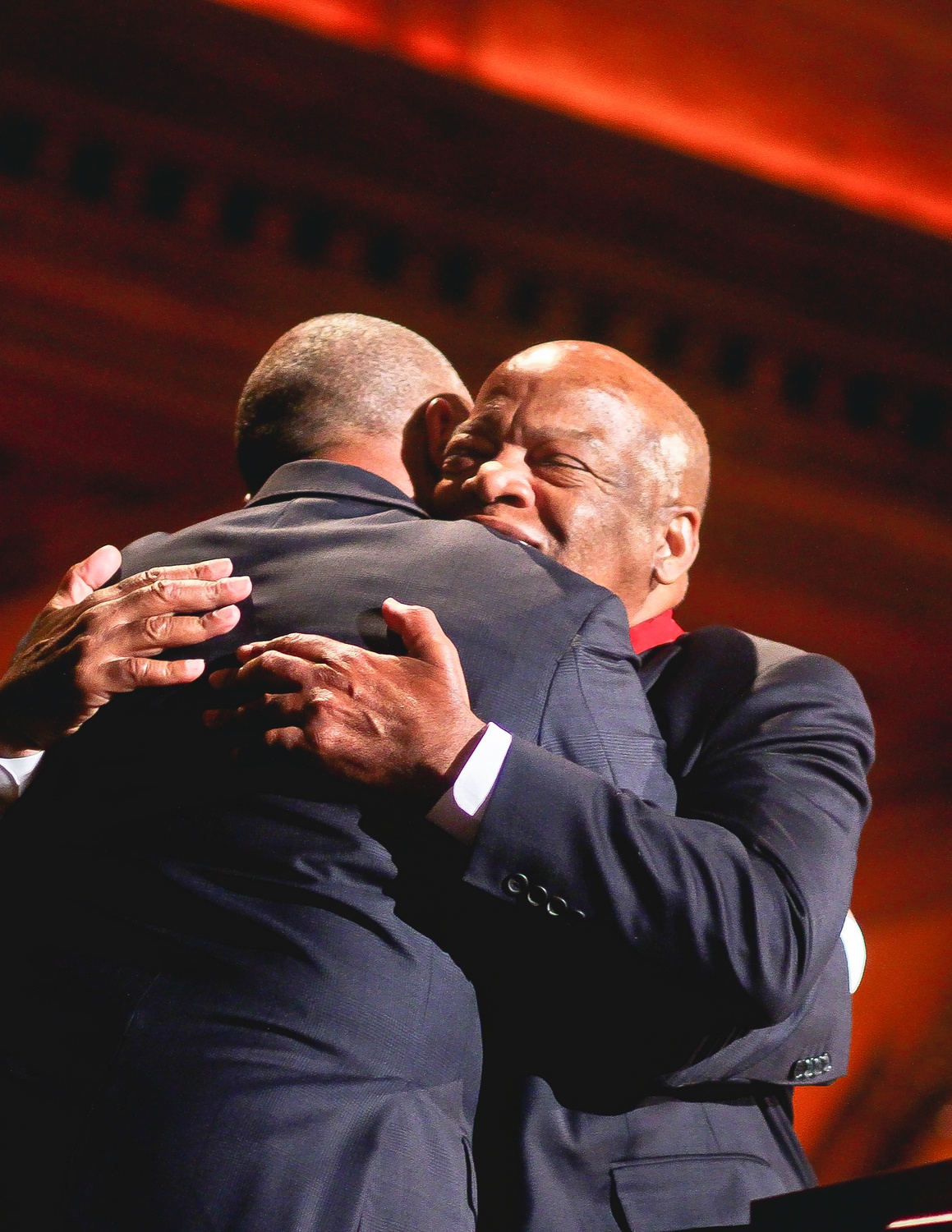 “I wish it wasn’t so remarkable that I thought that television should look like the rest of the world,” she said.

University Professor William Julius Wilson honored filmmaker Steve McQueen, saying that McQueen has produced “a body of work that allows us to look at and change our perspective,” including "12 Years A Slave" and Hunger. Professor Henry Louis “Skip” Gates, Jr. referred to the former movie as “one of the most vivid and authentic portrayals of slavery ever captured in a feature film.”

After an introduction by Diane Paulus '88, the artistic director of the American Repertory Theater, Weinstein accepted his award, joking that he can now tell his mother that he got an award at Harvard.

Massachusetts Governor Deval L. Patrick ’78 thanked Representative John L. Lewis “for the moral leadership he has offered time and time again.” Lewis is known for his role as the second African American to represent Georgia in Congress since Reconstruction and for his leadership during the civil rights movement.

“When I was growing up in rural Alabama, I saw signs that said ‘white men, colored men, white women, colored women’ and I didn’t like that,” Lewis said. “And my parents told me whenever I asked a question, ‘That’s the way it is, don’t get in their way, don’t get in trouble.’ And I got in trouble. Good trouble. Necessary trouble.”

Graduate School of Design Dean Mohsen Mostafavi lauded David Adjaye for his groundbreaking work in architecture around the world. Adjaye’s newest building is the Smithsonian National Museum of African American History and Culture, which is currently under construction on the National Mall in Washington D. C. and is expected to open in 2016.

Michael D. Smith, dean of the Faculty of Arts and Sciences, introduced Harry Belafonte, highlighting his musical contributions and activism. In 1956, Belafonte became the first musical artist to sell more than one million LPs with his album, "Calypso."

“Belafonte has always used his star power to shed light on the plight of the poor, the underserved, and the underrepresented,” Smith said.

“All of us share the same goal regardless of our professions or what our pathways might be,” Winfrey said. “We all want to live up to be the truest, highest expressions of ourselves as human beings.”

This article has been revised to reflect the following corrections:

An earlier version of the teaser of this article misspelled the name Maya Angelou.