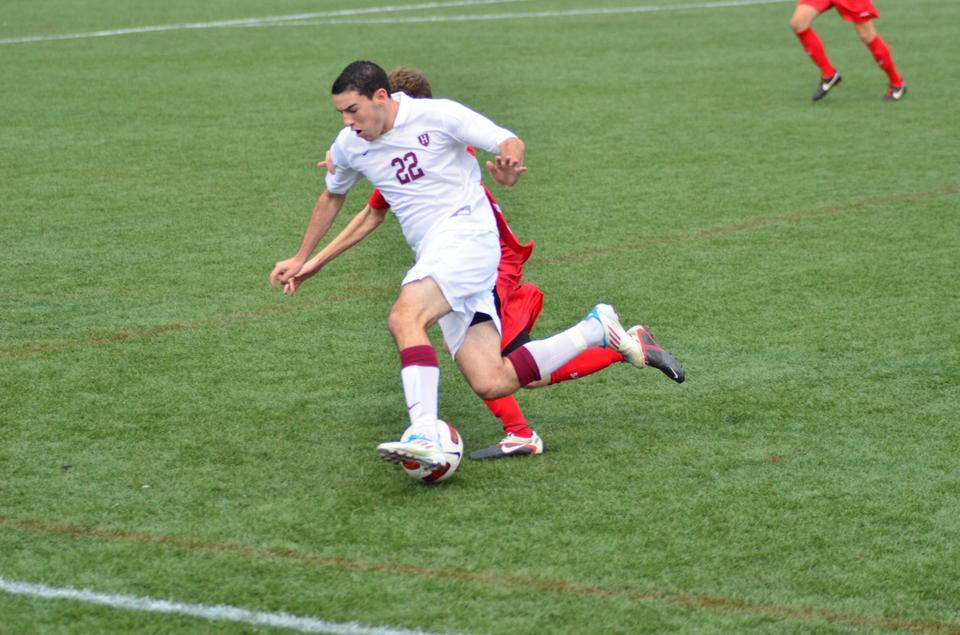 For the first time since 2010 the Harvard men’s soccer team did not host a spring exhibition game in Harvard Stadium. Gone is former coach Carl Junot, who resigned in January, and gone with him is the tradition of playing international friendlies in support of global health initiative Partners for Health. The Crimson took on Haiti and Cape Verde last spring, besting the Haitians, 1-0, and falling to Cape Verde in penalty kicks.

In Junot’s place is the newly hired Pieter Lehrer, a long-time Cal assistant who was named head coach earlier this month, and Lehrer has opted instead for a pair of exhibition matches against Boston University and Boston College.

“With the whole transition [between coaches] we understood it would be tough to schedule these high-profile games with so much up in the air,” junior midfielder Kevin Harrington said. “The athletic department has just been committed to making sure we have our feet under ourselves, making the right decision with a new coach. Coach Lehrer has done a great job scheduling these games against high-quality opponents—opponents just as good as Cape Verde and Haiti. It’s not as high profile, but it will certainly push us to improve.”

The Crimson took on the Terriers Tuesday night at Soldiers Field Soccer/Lacrosse Stadium just two weeks after Lehrer took the reins, and lost 2-1 after jumping out to a 1-0 first-half lead.

“We only had one or two subs and guys got tired,” Harrington said.  “In the second half, they took it to us and ended up winning. It’s only an exhibition game, but we still would have liked to have gotten a victory.”

Harrington opened the scoring when freshman midfielder Andrew Chang forced the ball up towards the BU goalkeeper. The ball bounced around the box and fell at Harrington’s feet before he buried it in the back of the net. The Terriers came back with a late first-half equalizer before taking the lead in the second period.

Despite the loss, the Crimson is optimistic that the coaching change marks a turning point as the program tries to bounce back from consecutive last-place, winless, finishes in the Ivy League.

“He’s been everything we could have hoped for so far,” Harrington said of his new coach. “He is a disciplinarian, but he’s got a great mind for soccer and has helped our whole system offensively, defensively; the whole package seems to really be working.  We couldn’t be happier with him so far. It’s going to take a while to recover from the last two seasons, but he’s injected optimism which is what we need more than anything: belief that we can achieve the goals we set for ourselves.”

In former co-captains Scott Prozeller and Richard Smith, and classmates Brian Rogers and Zack Wolfenzon, the Crimson is losing four key contributors to graduation this offseason. With a new coach, a new system, and new players forced into key positions, Harrington is more concerned with the bigger picture than Tuesday’s disappointing result.

“We’re really optimistic in a way we haven’t been in recent years,” Harrington said. “We’re really excited to improve and surprise some people next season.”