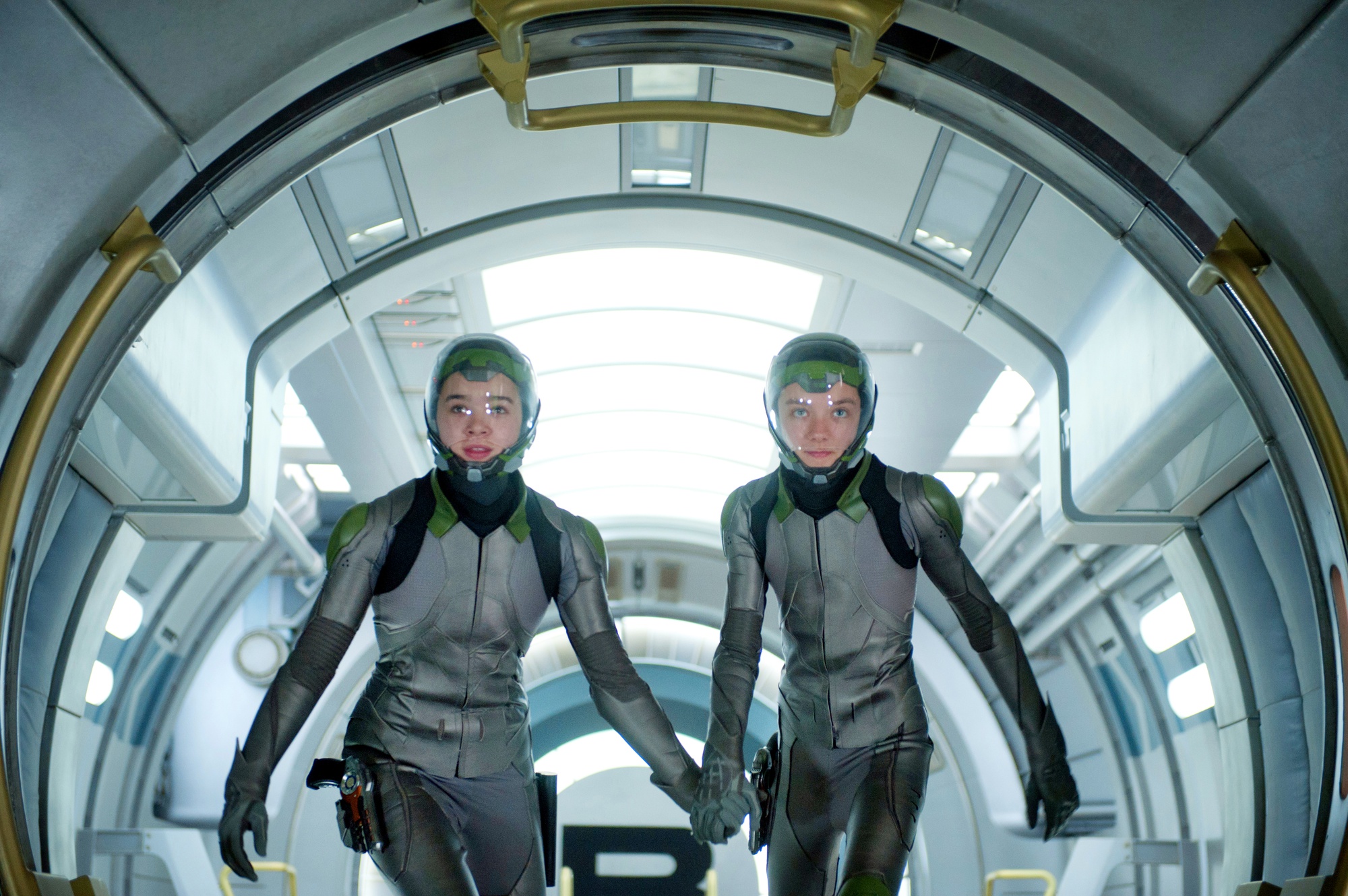 In zero-gravity space warfare, having a dynamic perspective is the only way to survive. Since its publication 28 years ago, “Ender’s Game” has received acclaim for author Orson Scott Card’s innovative imagination of space and complicated condemnation of violence. The novel is as action-packed as it is cerebral, and in his movie adaptation, director Gavin Hood proves his ability: “Ender’s Game” loses neither its awe-inducing creativity nor its difficult questions of morality in its translation to the big screen.

The film closely follows the book’s plot—smartly and to great effect, for the fan base is ardent enough and the story simple enough. In the not-too-distant future, humanity wages a war against the Formics, or “buggers,” an insectoid alien race whose attempts to colonize Earth end in spectacular, if mysterious, defeat. Yet the politicians in charge of the overcrowded world are certain that the Formics will return for a second attack. They form the International Fleet and a Battle School to train new leaders, who are culled from the ranks of the world’s most intellectually gifted children. Raised on video games and constantly evaluated through implanted neck monitors, this is a pre-programmed world without privacy, perhaps for good reason. When we first meet Ender (Asa Butterfield), he is a precocious beanstalk of a boy whose intellect, rather than brawn, has caught the attention of the International Fleet. Colonel Graff (Harrison Ford) whisks him away to Battle School, far from his concerned parents, diabolical brother, and sister Valentine (Abigail Breslin).

On Earth, the film is nothing new: chemistry beakers and sibling rivalry denote a well-known world. But Battle School, a claustrophobic torus rotating around the planet, is a highly believable foray into futuristic boot camp. In this stark world of fluorescents and metals, Ender’s education really begins. The film is solidly anchored by a young teenage cast, necessary by dint of plot but not always successful. In moments of anger and fear, Ender and his comrades are frighteningly adult-like, forced to deal with emotions and stressors far beyond their years. The infrequent lighthearted scenes are more of a challenge, full of contrived conviviality. This may, however, have been an intentional directorial decision on Hood’s part: deprived of a childhood, these adolescent warriors know no world except one of unceasing training. Butterfield proves the perfect actor to shoulder Ender’s emotional burdens. “There is so much to learn and so very little sleep,” he writes tiredly to his beloved sister. His shaky, underdeveloped frame wordlessly voices the central moral dichotomy of the film. He is, in every sense, a child soldier.

Yet he is also the thinking boy’s superhero, able to outwit opponents through his lightning-fast mind and fierce survival instincts. He lathers his skin with soap to give himself an upper hand in a violent bathroom brawl, and he plays dead in the battle training room and confounds his enemies. Butterfield’s steady intensity and ability to conveniently emulate  lachrymosity make him the perfect Ender. Bolstered by Ford, Hailee Steinfeld as fellow trainee Petra, and Ben Kingsley’s late appearance as war hero Mazer Rackham, “Ender’s Game” does not lack for strong actors.

It is not the adequate acting, however, that makes “Ender’s Game” a worthy adaptation. Rather, it is Hood’s treatment of Card’s grand juxtaposition of simulation and reality. The Battle Room, rather than Card’s description of a centrally located room, instead juts into space, a glass-walled polyhedron overlooking Earth and the infinity beyond. Swooping, vertigo-inducing shots play with perception in the same way that Ender himself does—he is the only Battle School student to quickly realize that there is no up or down in space, and to manipulate this loophole to tactical advantage. Hood’s camerawork complements this mindset well, swooping upside-down and right side-up. Characters appear to enter a scene sideways, only to orient themselves to the gravity of the room; they move upwards, or is it sideways, or is it down? Though the film’s dialogue occasionally grows clunky as Ender must audibly sort through mental processes that in the book occur in his mind alone, Hood spares the audience some of the tediousness by using the camera as an extension of Ender’s mind.

This lifelike consciousness does not extend to every aspect of the film. Coming so soon after “Gravity,” “Ender’s Game” almost begs comparison to that paragon of hyper-realistic science fiction. Rather than adhering to a strictly realistic presentation of space, Hood instead crafts an intentionally pixelated universe. The effect will never be the same as “Gravity,” but then again, the two films’ only true similarity is their space setting.“Ender’s Game” is as much a movie about simulation and the morality of deceit as it is a venue for green-screen animation. Ender’s mind-controlled video game and immersive command room do not need to be realistic. Their existence, in the world of the film, is the melding of mind and machine. “What happens when it’s no longer a game?” Ender worriedly inquires. Though the film may, by necessity of time constraints, excise certain subplots and shortchange character development, it does not fail to explore Card’s seminal moral indictments. When reality can only be experienced from behind a screen, perhaps it is a reality that the people of “Ender’s Game” should never have entered.