Cabot Library and Science Center Atrium To Be Renovated 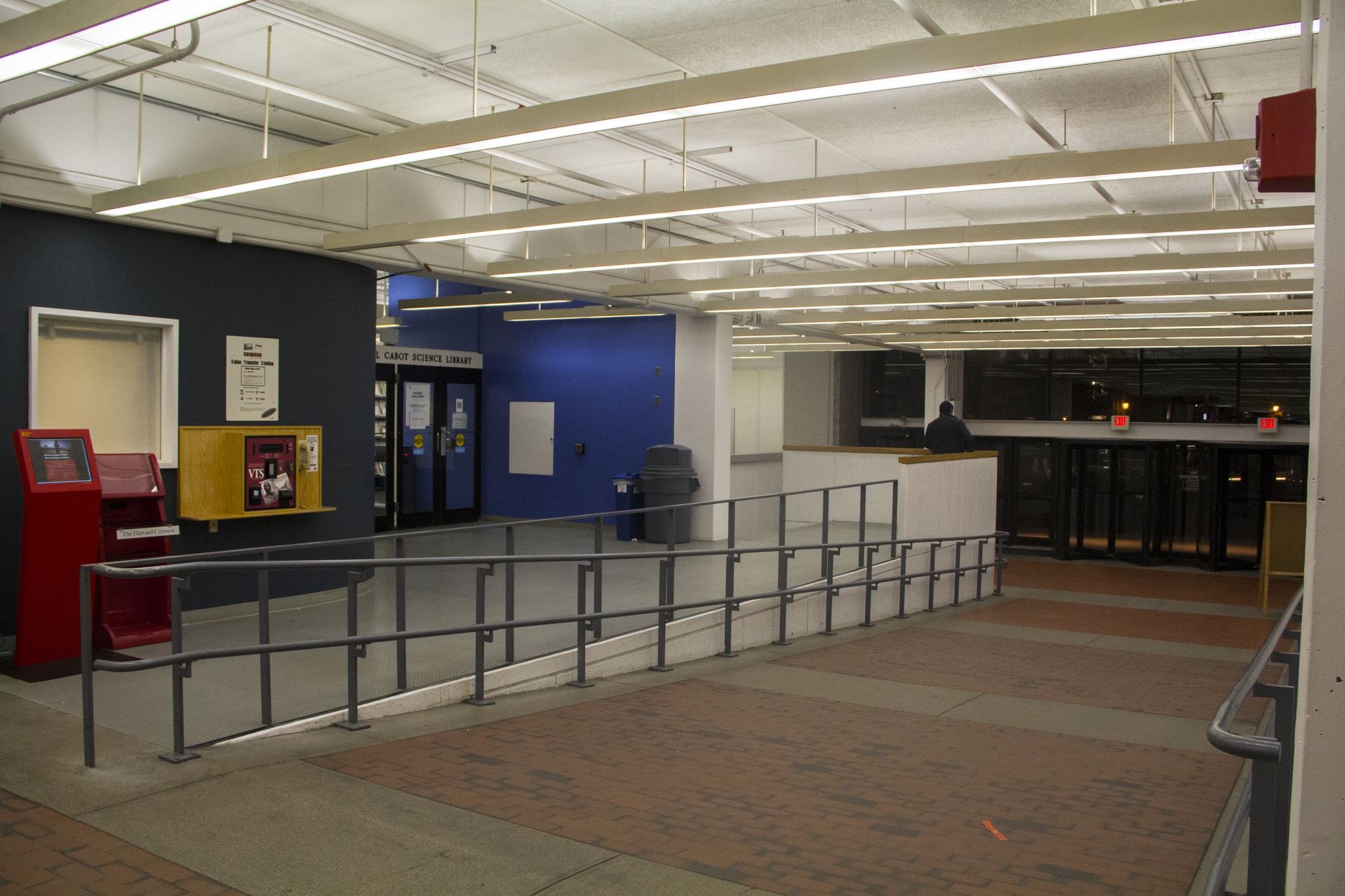 Faculty of Arts and Sciences Dean Michael D. Smith on Wednesday announced plans to renovate Cabot Library and the Science Center atrium. The timetable and the size of the gift funding the project have yet to be determined.
By Nicholas P. Fandos, Crimson Staff Writer

Cabot Library and the Science Center atrium that surrounds it will undergo renovations designed to foster technologically driven teaching and learning while more closely linking the library with neighboring spaces and initiatives, Faculty of Arts and Sciences Dean Michael D. Smith announced in an email to faculty on Wednesday.

Though an unnamed donor has been secured for the project, FAS spokesperson Colin Manning said that the size of the gift and a timetable for the project have not yet been determined.

In addition to modernizing the interior of the 40-year-old library, the renewal will also aim to better take advantage of the building’s atrium as a social space. To that end, the renovation will make it easier to access the Science Center courtyard, reimagine the Greenhouse Cafe, and connect the structure to the newly renovated Science Center Plaza.

“The Cabot Science Library is ripe for re-imagining, and its prime location in the heart of the Science Center offers an opportunity to serve as an undergraduate teaching, learning, and research support hub for all the disciplines now requiring digital resources,” Smith said in a statement to the Harvard Gazette.

The newly renovated library will maintain current physical collections and give greater emphasis to digital and collaborative learning methods. The space could include the creation of a new “visualization lab” and a “commons” for digital media research. The project is also designed to better connect the three-story library with its neighbors and potential collaborators within the Science Center—Harvard University Information Technology, FAS Physical Resources, and the Bok Center for Teaching and Learning.

“We envisage a center for technology-based learning that will allow our students and faculty to take full advantage of the digital resources that new technologies provide, not just for the sciences, but for scholarship in and across all areas of academic inquiry,” Jeremy Bloxham, dean of the FAS Division of Science, told the Gazette.

Smith has formed a faculty committee to advise him on the project, which will be led by romance languages and literatures professor Jeffrey Schnapp. The selection process of an architect for the project has begun, to be followed by an assessment of building conditions of the Science Center and surrounding spaces.

The renovation is the latest piece of the University’s Common Spaces initiative, and comes just two and a half weeks after Harvard publicly launched a $6.5 billion capital campaign. The gift is one of a series of pledges funding FAS-designated projects in advance of the launch of the public phase of the FAS campaign slated for Oct. 25-26.